Ashley Burgos, even if she is the daughter of a worldwide renowned model, influencer, and businesswoman, Bernice Burgos, has never been the kind of child to live off her parents’ wealth and fame. She has been working for years to become relevant and successful in her branch, walking in her mother’s footsteps. And while she might not be that famous yet, she is definitely getting there through hard work and dedication.

And seeing as the fruit never falls far from the tree, Ashely took after her celebrity mother and shares her beauty, dedication, and talents. So, if you have only heard of her and are curious to find out more details about Ashley Burgos’ life and career, keep reading and you will definitely be enlightened. After all, we should be curious about some of the biggest stars today and about those who will come tomorrow, like Ashley. Here we go!

Who is Ashley Burgos 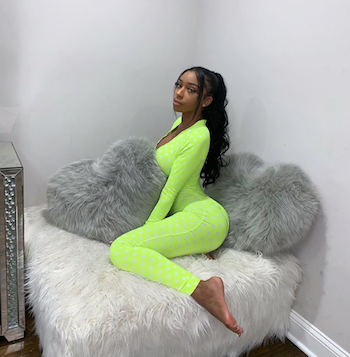 Ashley Burgos is the daughter of the famed Instagram model, businesswoman, and influencer Bernice Burgos and was born on the 9th of May, 1996, in New York City, United States. It’s interesting that even if she was born in America, she has Puerto Rican heritage, just like her entire family.

Not much is known about her very early life and education, but according to rumors, she didn’t live an easy life and benefited from conventional education programs. Her mother had her when she was just 15-years old, a teenager and nobody really knows who Ashley’s father is. However, Bernice has always stated that she never regretted having her first daughter and that she is one of the most precious people in her life. It appears that Ashley’s biological father was in jail at the time she was born and that he was 19-years old at the time.

Ashley is a 5 feet 2 inches tall young lady and a very successful Instagram model right now. She only has one sibling, young Sarai Burgos who is only 12-years old. Right now, the youngster is putting all of her focus on her education and will maybe follow in the footsteps of her older sister and her mother.

When it comes to children, Ashley did follow in her mother’s footsteps and had a daughter when she was only 21-years old. Even if many people criticized her decision at the time, she didn’t pay attention to the gossip and lived her life happily.

Her daughter’s name is India Ava Burgos and she was born in 2018. Her father is a famous and successful businessman named Sambou “Bubba” Camara. He is currently the CEO of music label HighBridge The Label (HBTL). It’s definitely worth noting that Camara was married at the time he learned about Ashley’s pregnancy. He decided to leave his wife and take care of his daughter. He attended Ashley’s baby shower which was Aladdin-themed and is always posting pictures of India. However, it’s unknown whether or not Ashley and Sambou are still a couple right now.

But apart from being a very successful model and influencer, like her mother, Ashley is also an entrepreneur. Recently, she and her mother launched a sleepwear brand named “Bold  Beautiful”. The main idea surrounding this brand is to make cute clothes for women who love to look pretty but also be comfortable in their sleepwear.

The two women came up with this nice idea after learning that the market needed a sleepwear line meant to make all women feel beautiful, regardless of their shape and size. What’s even more interesting is that both Ashley and Bernice are designing each clothing piece themselves, therefore stepping into fashion design territory.

Besides this brand, Ashley Marie lives a beautiful life and her income is definitely handsome, although undisclosed. However, it is supposed that her net worth lies around $500 000. Beyond that, she has admitted that her curvaceous figure is not 100% natural and that she has surgically enhanced her bottom.

Bernice Burgos: Her Mum And Her Relationships (Boyfriend or Husband?) 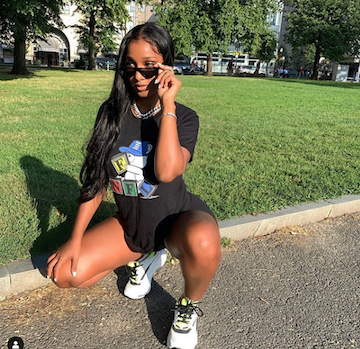 Of course, we cannot talk about Ashley Burgos without at least mentioning her famous mother, Bernice Burgos. She was born on April 17th, 1980 in the Bronx area of New York. As previously mentioned, she became a mother when she was very young, only 15-years of age, but she never regretted taking this step. Her parents, Ashley’s grandparents, were from Puerto Rico and Bernice grew up in the Spanish Harlem.

At the young age of 27, Bernice started to attract the eyes of many brands and she was soon a successful model. Soon after, she started starring in music videos from famous hip-hop artists like J. Cole, Drake or Dj. Khaled, all Billboard-topping. Apart from being featured on MTV’s show “Wild ‘n Out”, she also appeared in numerous magazines like SHOW or XXL. She was romantically linked to many stars, among them being rapper and actor T.I. and even Drake. Bernice also dated Marion Suge Knight, the founder, and CEO of Death Row Records at one point but they parted ways. At the moment, nobody knows whether or not she is in a relationship. She is definitely not married, however.

It’s very interesting and unusual for a 38-year old woman to be a grandmother already, but Bernice is truly enjoying this role. Even if Ashley, her daughter, received a lot of hate when new of her being pregnant at only 21 broke out, Bernice always supported and encouraged her. Moreover, she confronted the haters and told them that her daughter is happy and definitely eager to become a mother. Her granddaughter, India Ava, was born in February of 2018. 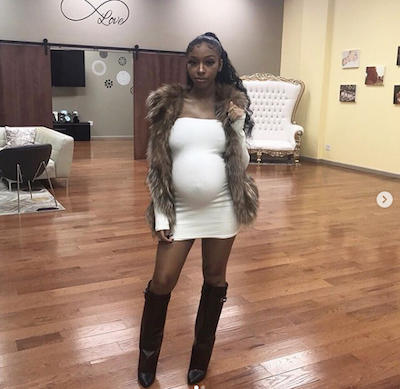 As for the entire Burgos family, looking through Bernice’s Instagram account, which has 5.5 million followers, you may see her mother and grandmother. They are two very cute ladies who everybody would love to see more often.

Nobody knows exactly who Ashley’s father is, apart from the fact that he was 19-years old when Bernice had her and that he was in jail at the time. Also, Bernice has refused to talk about him and would not reveal any more details. Not much else is known about the other members of the Burgos family but what matters is that they are all probably very proud of Bernice and Ashley for making it this far. 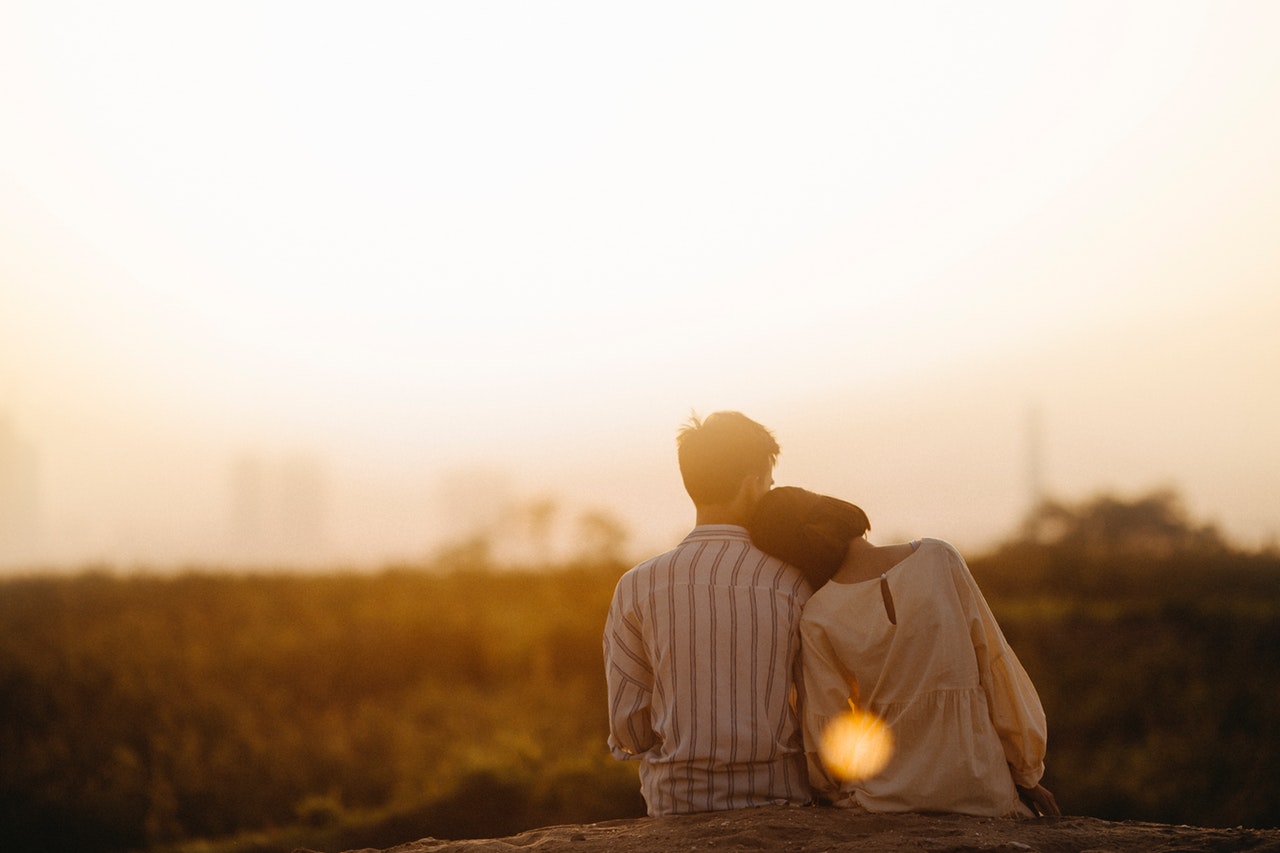 Famous Celebrity has a touching story that melts our heart 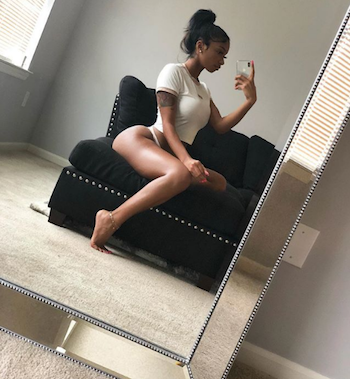 In conclusion, it’s definitely worth saying that knowing who Ashley and Bernice Burgos are, means being up to date when it comes to nowaday’s entertainment and online celebrities. Their lives should serve as examples for young people to follow their dreams no matter what. Keep in mind that nationality, race, gender, appearance or anything else that you might think of as a disadvantage should never stop you from achieving success. Being different means being beautiful and special.

Take the example of Ashley and Bernice Burgos and never stop when people tell you that you should stop. Keep pushing forward, work as hard as you can, and fulfill your life-long dream, no matter what that dream is. Keep in mind that only those who work hard succeed in the end and that talent or a gift is not enough for success. Ambition makes the wheels turn in your favor and the fate reveal who you truly are. Remember that being an overnight success usually takes about ten years of daily work.