Women's March: How Did It Start? 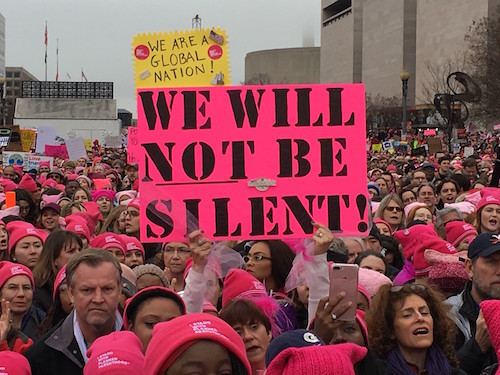 The Women’s March is a movement that started in January 2017 in the U.S, Teresa Shook, a retired lawyer and grandmother from Hawaii created an event on Facebook inviting 40 friends to march on Washington the day after Trump's inauguration. She woke up the next day and the post had gone viral, 10,000 women like  Bob Bland, a fashion executive and activist from Brooklyn had clicked ‘’attending’’ and they urged other women to protest against Donald Trump's views and policies on issues involving women.

It all began when Trump made some degrading remarks about women on a video that surfaced during his presidential campaign. These remarks struck a lot of outrage across the country especially amongst women who felt violated, he made inflammatory statements about ‘’grabbing women by the genitals’’ and his interactions with his political rival Hilary Clinton only made matters worse.

His stance on women stirred up outrage, forcing women to come together and send a bold and loud message to the world that women's rights are human rights". The call for protest quickly gained traction on Facebook and on January 21, 2017, a day after Trump’s inauguration, an estimated 3 million people took to the streets in the United States wearing pink hats in what is today known as the Women's March.

Other marches also took place around the world in seven continents involving about 5 million participants and 670 events. The turnout was massive and far exceeded the organizer's expectations. Washington D.C, New York, California, and Chicago had the highest number of protesters calling for social change.

What is Women's March All About 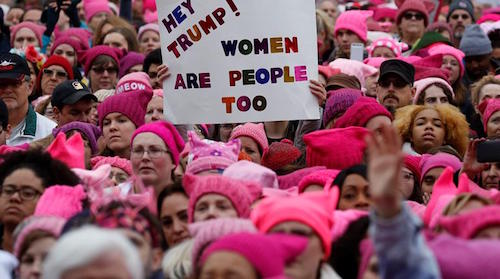 According to their mission statement, the organizers of the Women’s March called for gender and pay equality, reproductive freedom, civil rights, LGBTQ rights, affordable health care, and environmental awareness. Muslims, gays, and immigrants were also targeted, all these issues seemed vulnerable under the new administration. Women around the world from the U.S to the U.K. France, Australia, Nigeria, Zimbabwe, etc. joined in to show solidarity to this historic movement.

What started as mere protests on Trump's controversial position and derogatory rhetoric quickly evolved into a full-blown cross country movement. Anger had been brewing for a long time, women were angry about issues such as reproductive rights, fair pay, civil rights and a host of other social issues but the final straw came after November 8 when Hillary Clinton the first-ever woman to be nominated for presidency beat her opponent Trump by 3 million votes but was denied the presidency.  Women like Teresa Shook and Bob Bland used the power of social media to urge women from all walks of life to stand up against misogynist rhetoric in the highest office in the land.

Who Are the Organizers of Women's March 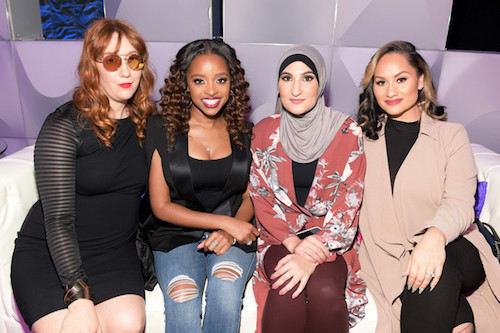 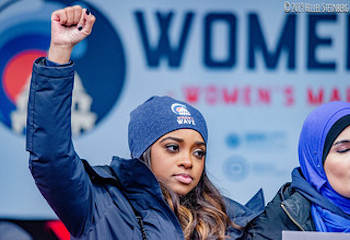 Tamika Danielle Mallory was born on September 4, 1980  in The Bronx, New York City, early on she was greatly influenced by her parents who were activists of Reverend Al Sharpton's National Action Network (NAN), a leading civil rights organization in the United States of which she became a member at age 11. In 2001, Mallory became the youngest Executive Director at NAN.

She later went to work for the New York City Mayor Bill de Blasio, her interests in social justice and civil rights motivated her to help set up the NYC Crisis Management System, a gun violence prevention program which awards $20 million annually to gun violence prevention organizations.
Mallory also started her own consulting firm specialized in strategic planning and event management, and she’s part of a  number of organizations such as Gathering for Justice, an organization against child incarceration.

She was one of the main organizers of the 2017 Women's March,  an advocate of gun control, feminism, and the Black Lives Matter movement and she was featured in Time magazine as one of the 100 most influential people of 2017. 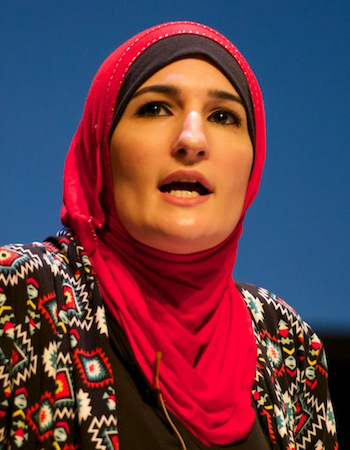 A political activist of Palestinian descent, Sarsour was born 1980 in New York City, she’s known for advocating for the civil rights of American Muslims, police brutality, feminism, immigration policy, and for her role in the Black Lives Matter demonstrations. Before becoming co-chairs for Women's March, Sarsour became the executive director of the Arab American Association of New York at only 25 years old, during that time she helped increase the annual budget of the organization from $50,000 to $700,000, she has also been very vocal on  the Israeli–Palestinian conflict and challenged the legality of the Trump travel ban.

Sarsour campaigned to have Islamic holidays such as Eid al-Adha and Eid al-Fitr recognized in New York City's public schools, and in 2017 she was profiled in Time magazine's "100 Most Influential People alongside her Women’s March co-chairs. 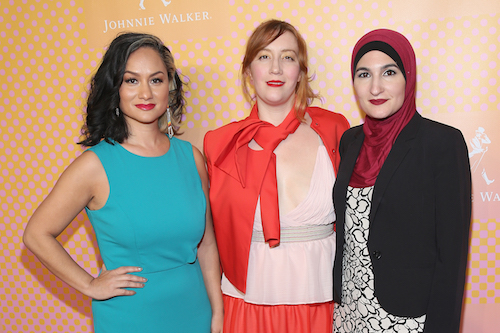 Born on January 21, 1977,  in Oxnard, California, Carmen Perez is an activist who has always been passionate about gender equity, women's rights, community policing and civil rights. Perez got into activism when she lost her sister in a car accident at 17 years old. This tragedy will shape the rest of her life as she went on to study psychology and Chicana Feminism at the University of California, Santa Cruz. She later worked for the Santa Cruz Youth Community Restoration Program which provided juvenile offenders alternatives to incarceration.

She also served as the Chair of the Latino Affairs Commission of Santa Cruz County and co-founded a gender-responsive program for girls known as Girl's Taskforce. In 2008 she moved to New York City to work as the National Organizer for The Gathering for Justice, she was later promoted to Executive Director of the organization. Perez has spoken in many different conferences and gatherings on social issues, she gave a TEDx Talk in 2014 advocating for juvenile justice reform and has never looked back since then. 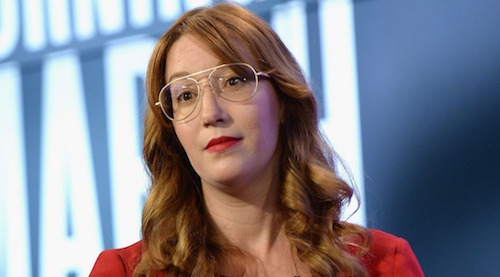 Her real name is Mari Lynn Foulger and she was born on December 17, 1982, in Northern Virginia near Washington, D.C. Bland served as a youth minister in Church,
and picked up activism along the way. In the fashion industry, she worked for great names like Tommy Hilfiger and Ralph Lauren. She later started her own label called
Brooklyn Royalty, and has shown her designs on New York fashion week.

Bob Bland is one of the co-founders of the Women's March, moreover, she founded Manufacture New York, an organization promoting Manufacturing and Innovation for Apparel, Textiles, and Tech. Bland worked with congresswoman Nydia Velázquez to raise about $3.5 million in a grant. She was awarded recognition as Fortune 50 World's Greatest Leaders, 2017 Time 100's Most Influential People and 2017 Webby Award Social Movement of the Year.

How is The Progress So Far? 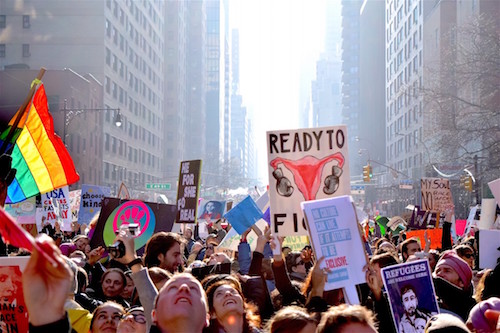 Since that fateful day in January, women have vehemently continued to protest against all forms of social injustice, ranging from the protest against the Muslim travel ban, the #Metoo movement that shook Hollywood to the core, against gun violence and in favor of equal pay. Women’s March gave women the courage to run for office, in fact, the number of women running for political office is at an all-time high. Women are the ones who pressured congress into maintaining Obamacare.

In 2018, organizers of the Women’s march came under harsh criticism for associating with Minister Louis Farrakhan, Nation of Islam leader who has made several anti-Semitic comments. In response, The Women's March organization issued a statement saying their principles do not align with those of Minister Farrakhan. The restated their goal of building a society free of all forms of social violence, including racism, sexism, anti-Semitism, and homophobia. But their failure to outrightly denounce Minister Farrakhan dealt them a huge blow that left the movement fractured. Celebrities like Alyssa Milano, who has a huge following distanced herself from the Women’s March leadership. 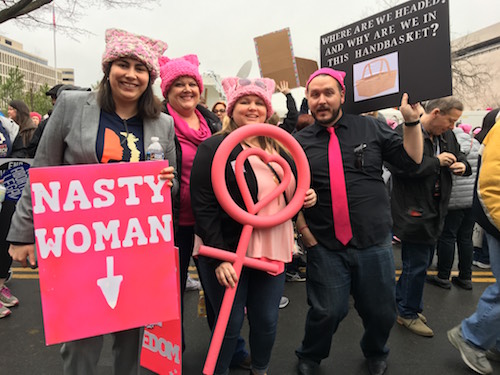 By the end of 2018, The Women's March organization released a  statement, saying "Women’s March wouldn’t exist without the leadership of women of color, Women's March leaders reject anti-Semitism in all its forms. We recognize the danger of hate rhetoric by public figures. We want to say emphatically that we do not support or endorse statements made by Minister Louis Farrakhan about women, Jewish, and LGBTQ communities."

Despite numerous controversies, the Women's March is still waxing strong, in 2019 a Women's March event took place in Washington, D.C., at the Freedom Plaza,   where demonstrators marched toward the Trump Hotel on Pennsylvania Avenue. Attendance is far lower than previous years due to grievances against the leaders but the movement itself hasn’t lost momentum. The issues these women are fighting for are as real as ever before especially in the present global political climate. 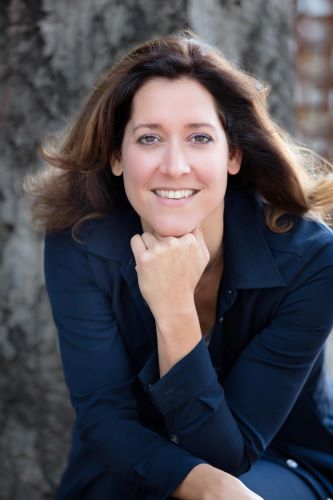 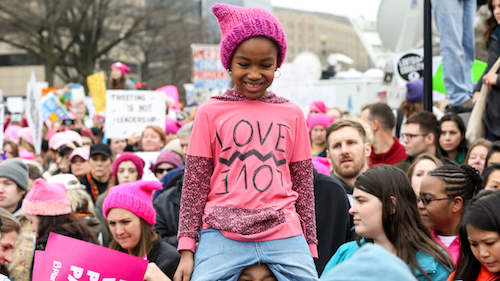 Sarsour, Bob Bland, and Tamika Mallory stepped down from the Women's March organization in September 2019 following rumors of anti-semitism, and mismanagement. According to their website, Women’s March is now run by a board of directors made up of women from diverse cultural backgrounds and walks of life. They’re recovering from the recent fractures and preparing themselves for next years' march without losing sight of the smaller but equally important battles they fight every day in their communities.