Here we are going to discuss, 'Wheel of Fortune', which is the longest-running game show in the US. It is also simply known as ‘Wheel’. According to an estimate, nearly 7000 episodes of this game show have been aired till the 31st of May 2019. Current executive producers of this show are Harry Friedman and Mery Grifin, who is also the creator. In this show, contestants enter a competition to solve various word puzzles, which are quite similar to the ones used in Hangman. And at the end, they win various prizes and cash, determined by spinning the carnival wheel.

Initially, Wheel of Fortune was aired on NBC, as daytime series from 1975 to 1989. Later, the show shifted to CBS, after a few changes and aired from CBS till 1991. The show again came back to NBC in 1991 until it was canceled for some time in September of 1991. 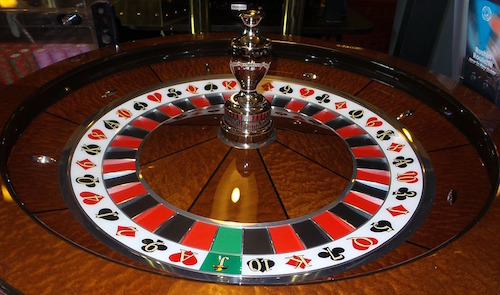 According to a TV Guide article published in 2008, it was regarded as the 'top-rated syndicated series' and later in 2013, this ranking landed on number 2 in the list of 60 best game shows ever. The show is not only popular in the US, but also has a huge international fan base – there are nearly 60 international adoptions made of this show. The 37th season of the syndicated series premiered on the 9th of September, 2019 and that made Pat Sajak the longest-running host of any game show. He broke the record of Bob Barker, who remained a host at 'The Price Is Right’ for 35 years (1972 – 2017). 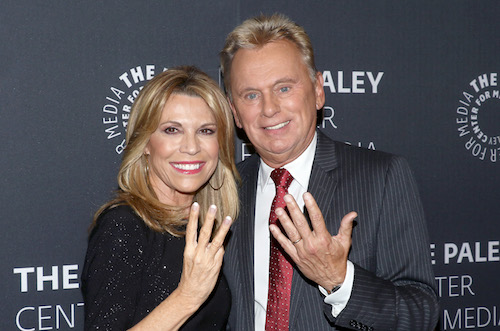 Initially, Chuck Woolery was the original host of this show, who held the helm from 1975 to 1981. Pat Sajak made his debut over ‘Wheel of Fortune’, in 1981, due to his odd sense of humor, as described by Griffin. Though, there was an objection to Sajak being selected as the host, as he was described to be too local for this entertaining show. It was Fred Silverman, NBC’s CEO, who came up with this argument. But somehow Sajak was destined to become the host. Sajak was the host of daytime series till 1989, later he left to host a talk show for CBS.

On the other hand, Susan Stafford was the original female host of this show, who served till 1982. She later developed some serious medical issues and had to exit. A nationwide search was carried out to find a hostess for ‘Wheel of Fortune’. More than 200 applicants showed their interest. Griffin chose three finalists for this task: Vanna White, Summer Bartholomew, and Vicki McCarty. They were placed on rotations for several weeks to judge their hosting abilities and popularity. White was finally chosen as Stafford’s successor. 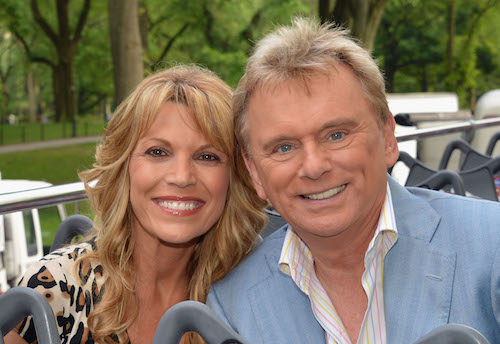 The main reason was that she was quite efficient with activating the puzzle board letters –the main role of any Wheel hostess.  White gained considerable popularity within a short period and made a huge fan base; who was deeply intrigued by her attractive wardrobe choices. She took a short break in 1986 when her fiancée died in a tragic plane crash. Stafford managed the show for one week so that during this time, White could emotionally gather herself. Later, White hosted a daytime version of Wheel of Fortune till 1991.

Their Hosting Duration with the Wheel of Fortune 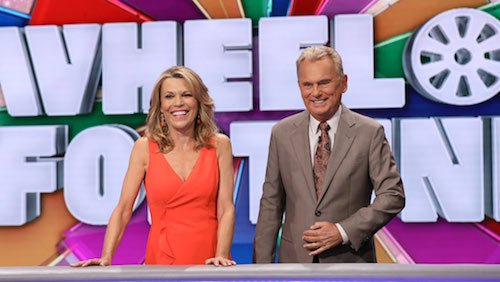 Vanna White and Pat Sajak have hosted this show since 1983, except for a few occasions. In January 1991, White was replaced by Tricia Gist when she went for a honeymoon with his husband George San Pietro. And a few months later, Gist took over White's job for a week during March 1991, when she had a severe cold and show taping was difficult for her.

In 1996, Sajak developed laryngitis and was unable to conduct a bonus round segment so, White took this responsibility of filing his gap. In March 1997, Rosie O'Donnell co-hosted the show with White after her name (O'Donnell's) was brought up in a puzzle. In April 1997, Alex Trebek and Sajak traded their roles for a day. Pat Sajak conducted the episode of ‘Jeopardy’ while Trebek hosted a two-contestant based special ‘Wheel’ celebrity match, conducted between White and Sajak – they were playing for American Cancer Society and Boy Scouts of America, respectively. Pat’s wife, Lesly Sajak appeared as a guest host that day. 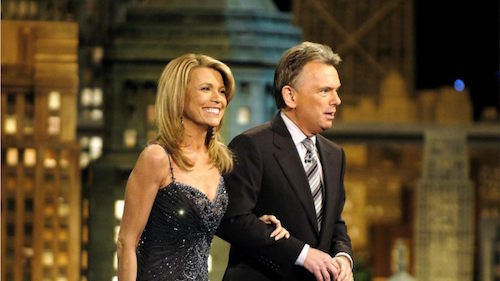 In 2011, during January and February, a special segment 'Vanna for a Day’ was held especially for the home-based viewers. All they had to do was, submit audition tapes to replace White for only one episode. The winner was selected through a poll conducted on the official website of this game show. Katie Cantrell was declared as the winner of this contest, who was a student at Savannah College of Art and Design. She hosted 'Wheel of Fortune' on the 24th of March, 2011 for the second and third rounds of that episode. In November 2019, White replaced Sajak due to his intestinal surgery, nearly a week-long episodes were taped without Sajak so that he could recover.

Did They Even Age At All? 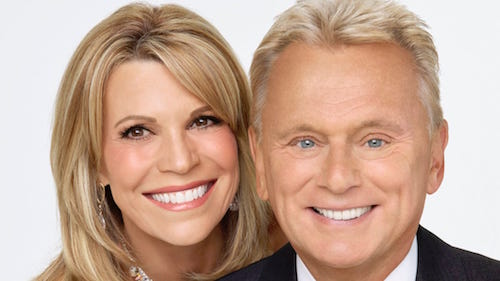 To be honest, Pat Sajak and Vanna White have aged quite gracefully. They have maintained their aura and know how to entice the audience through their body language. It is also a demand for their job and that is to always look at their best. Sajak has faced a few health issues in the past, but still always came out strong. His spirit was never lost or low on the screen. While White works a lot on her physical appearance to look healthy and young. Without any doubt, they have played their roles, as a host, quite well. That is the reason that they have millions of fans not only in the US but around the globe.

Are They a Couple? 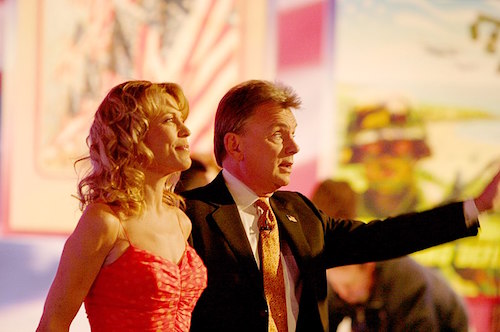 No, Pat Sajak and Vanna White are not a couple.

White dated John Gibson, a dancer turned actor, during the 1980s and they later got engaged. White lost Gibson in a plane crash in 1986 and later married George Santo Pietro at the end of 1990. From Santo Pietro, she has two kids; a daughter named Giovanna and a son named Nicholas. White divorced Santro Pietro in 2002. From 2004 to 2006, White was engaged to Micheal Kaye, a businessman, they didn't formally tie the knot.

While Sajak is married to a photographer, Lesly Brown Sajak and they both have a son called Patrick Michael James Sajak and a daughter called Maggie Marie Sajak. The couple currently resides in Severna Park, Maryland. They have also got another house in Los Angeles, California. 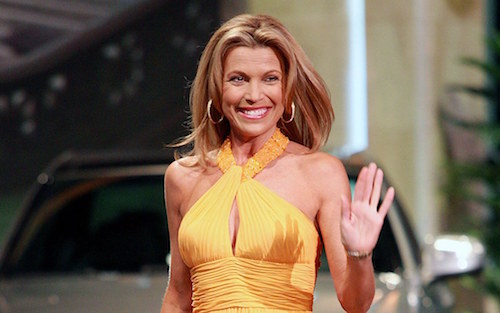 Vana White is listed on the Hollywood walk of fame and apart from that, her handprint is displayed in the front of Hollywood Hills Amphitheater.

She is signed to be a hostess of the show ‘Wheel Of Fortune’ till 2022 – when her contract expires.

It has been learned; she mostly invests her earnings in different apartment buildings and keeps on flipping houses now and then. During 2017, White put up her Beverly Hills residence for a whopping amount, $47.5 million US dollars. 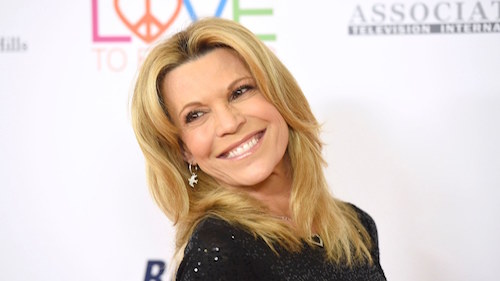 She learned how to crochet at a very young age. It has been reported that she crochets till now, whenever she finds time on the set of this show. She describes it as a relaxing hobby. She has her own yarn company under the label ‘Vanna’s Choice’ and also publishes knitting books under her name.

White donated $1.8 million to a program at St. Jude Children's Research Hospital and has planned a lot of philanthropic activities after her retirement. 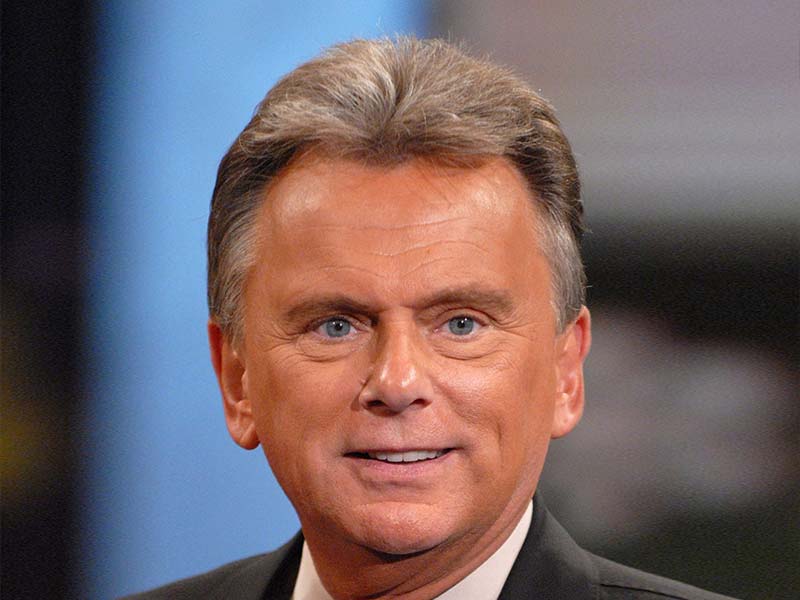 Sajak invested in the Golden Baseball League in 2005, which has teams in various states. Sajak is quite fond of baseball and his favorite is the Wahington Capitals NHL team.

Sajak can be seen in featured short films displayed at the residence of George Washington at Mount Vernon – he explains the tourists about different site attractions. Sajak also owns an AM radio station based in Maryland, since 1998. 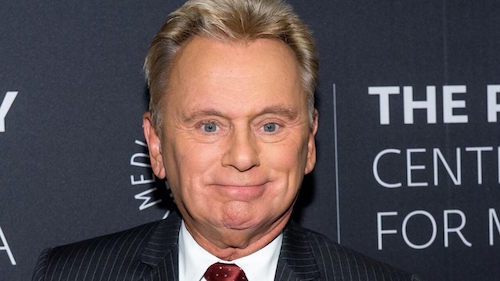 He has written various columns for ‘Human Events’, a conservative magazine.

Sajak has donated a generous amount to the candidates of the Republican Party. He also supports the Young Americas foundation financially, which advocates conservative speakers on different college campuses.

He is also a member of the 'Churches of Christ’. 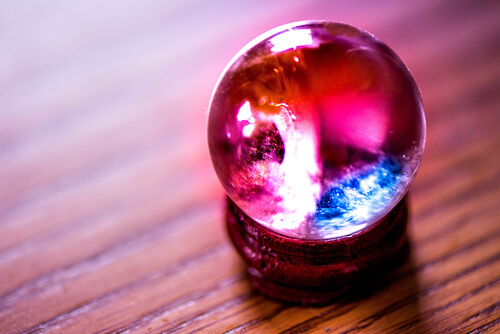 This article is about the 5 ways you can attract money and good fortune quickly. It explains the meaning of attracting and manifesting more money. 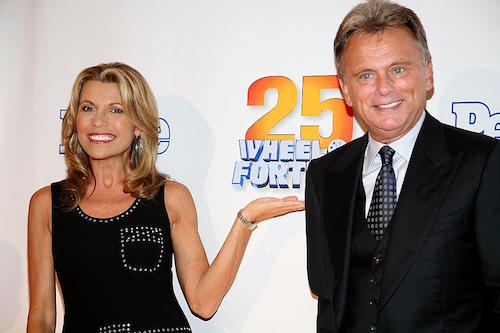 In the end, I can clearly state that both; Sajak and White love their job and have spent their lives in the best possible manner. They haven't lost the charm and know-how to keep Wheel of Fortune: The Longest Running Game Show in the US, alive. Much power to both of them.