Clown and Horror Movies. What is the link? 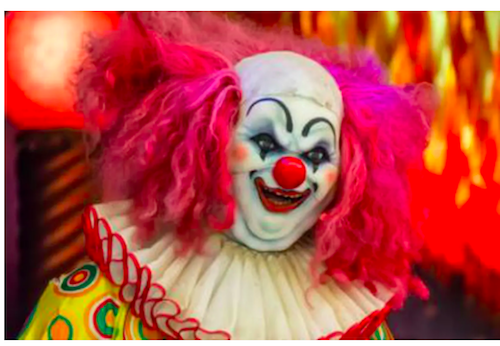 For some reason, brightly-colored clothes painted face and red nose Clowns that are supposed to make us laugh tend to have the opposite effect. It’s not unusual to see kids and even adults terrified of clowns, maybe the sinister position clowns occupy in people's minds is as a result of the destructive, evil and horrific clown portrayed in movies or maybe there’s just something scary about them in the first place that makes them the focus of so many horror movies. We may never know but paradoxically, clown horror movies are a well-appreciated genre that has been around for a while and does not seem to be going anywhere anytime soon.

The "killer clown" genre may not be as popular as other award-winning genres but it has an audience and a couple of epic films like Stephen King's IT, which made waves and was later adapted into a sequel. Here’s our list of eight noteworthy horror clown movies you should watch at least once in your lifetime if you are a fan of this genre.

8 Thrillers and Horror Movies All with Clowns

Check out our line up of some of the best killer clown movies we recommend you stream, most of them are available on Netflix. 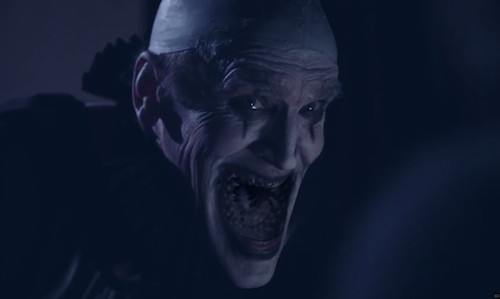 Directed by Victor Salva, starring Sam Rockwell, Nathan Forrest Winters, Michael Jerome West, and Brian McHugh, ‘’Clown House’’ is the story of three boys who decide to go to the local circus when they are left home alone. Unfortunately for the three mental patients escape a nearby asylum and take refuge in the circus. The psychos kill 3 clowns, steal their makeup and costumes and go on a killing spree.

From the circus, the clowns follow the boys back home to their small town farm and try to kill them too. They all spend the night running around in a cat and mouse chase is bound to send chills down your spine. This movie takes place in rural America right before Halloween which makes everything even more creepy. If you love horror clown movies, you’re in for a treat.

Killjoy was a huge hit, it was followed by four sequels, if you love IT, chances are this is right down your alley. Killjoy is the story of a dejected boy called Michael who is in love with Jada a girl who is in a relationship with someone else. Michael hangs around Jada all the time hoping to get her attention but things go sideways when Jada’s boyfriend Lorenzo finds out. Lorenzo is a thug who belongs to a dangerous gang, the gang abducts Micheal, take him into the woods and beat the hell out of him accidentally killing him.
A year later, Michael who practiced black magic comes back for revenge and inhabits a killjoy doll. The doll comes to life as a clown that drives an ice-cream truck and is out for all those who took his life and caused him pain. This film could change the way you look at ice-cream trucks but it’s totally worth it. 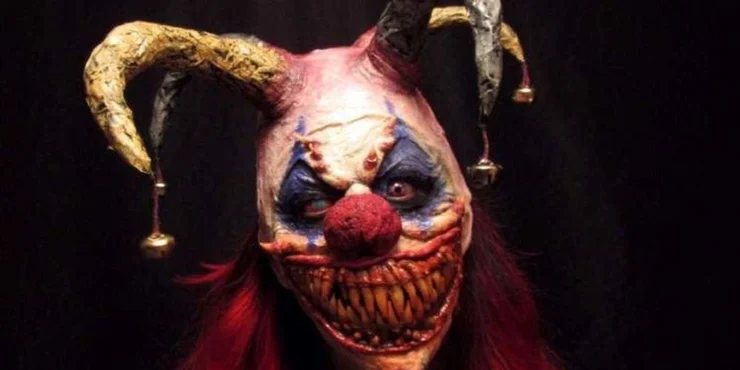 Jingles the Clown is a film about a maniacal psychopath clown who is a serial killer. Jingles kidnap an entire family and kill all of them except their 9-year-old daughter Angel who was saved by the police in the nick of time. Several years later the little girl becomes an adult and goes back to the jingles mansion to share her experience with a television crew.
Angela starts to dig deep into jingles the clown’s past and discovers that he had a difficult childhood with abusive parents. And unfortunately for her, all her probing wakes up jingles from the dead and he comes for blood. This movie is as horrible as it gets and it’s not for the faint-hearted.

Recent movies other than IT series

Since the success of '' IT'' in the '90s, lots of other murderous clown movies have popped up to satisfy popular demand, some have fallen short while others have left their mark. These are some of the more recent ones that made an impression. 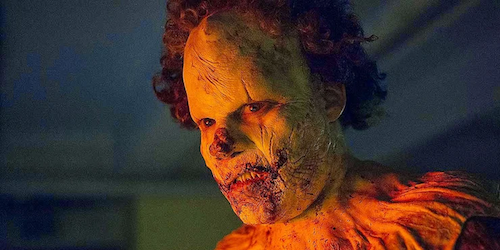 In ‘’Clown’’ a busy father tries to make it up to his son on his birthday by dressing up as a clown, he wears a clown costume he found in one of the real estate properties he’s renovating only to find out the costume is cursed. After a successful and exhausting birthday party, he falls asleep in his costume, when he wakes up the next day and tries to take it off it comes off with his flesh.

He finds out soon enough that the clown costume is possessed by a flesh-eating demon and the only way to take it off is by appeasing the demon with the flesh of five children. He has to start by eating his son and four other children to stop the demon from feeding on his own flesh. Scary enough?

5. The Legend Of Wasco 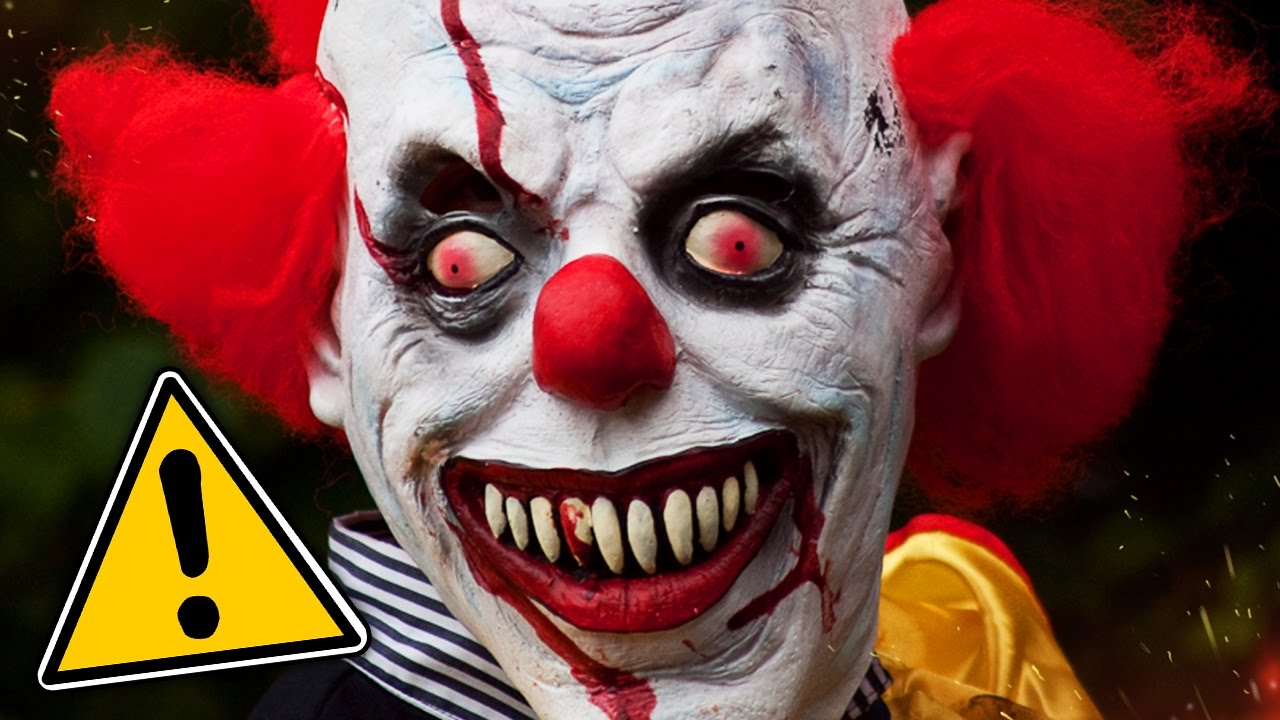 A few years ago there were rumors of clown sightings around Wasco, this movie sprung from those events. The Legend of Wasco implies that there was a real demonic clown in the area, as the story goes two performers dress up in clown costumes and go around town taking pictures with people. People love them so much that they go viral, unfortunately for them, this awakens the real Wasco clown who feels left out. He comes along with his friends and they go on a killing spree around town. As people in the community are murdered one after the other, these two friends have to find a way to get rid of the Wasco clown once and for all.

Crazy and murderous clown movies are a classic genre that has been around for a while, from the days of the famous ‘’It’’ to ‘’Killer Klowns from Outer Space’’, clown horror movies have always had their place and it’s still true today even with all the content available out there. If you are among those brave enough to appreciate the ‘’killer clown’’ genre, well, we have a few good ones you can binge-watch on Netflix right now! 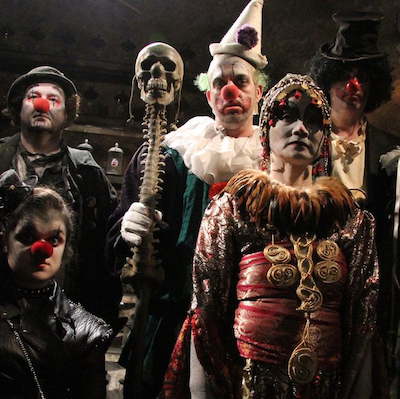 Stitches is a clown who comes back for revenge after he is accidentally killed at a party, his newfound mission is to hunt down all those who were responsible for his untimely death and make them pay with blood. Stitches are horror mixed with a little comedy which makes it lighter to watch as compared to other crazy clown movies. The movie is an exciting take on the murderous clown on the loose type. 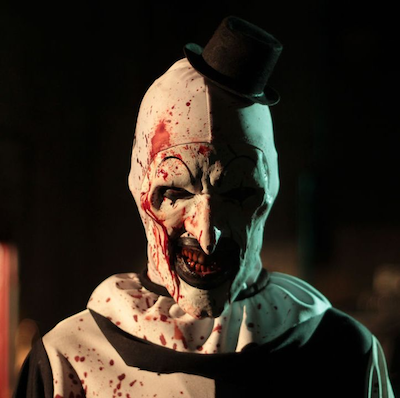 No need for too much elaboration, the name and photo say it all. Terrifier takes place on Halloween night, an evil and homicidal clown stalks his victims and slaughters them in an abandoned apartment building. Art the killer clown’s antics are so terrifying and real for a $100,000 budget film. Terrifier is a pretty decent film with style and lots of attention-grabbing horrors. So, if you are into deranged psychopath clowns, you are served, Terrifier is available on Netflix now. 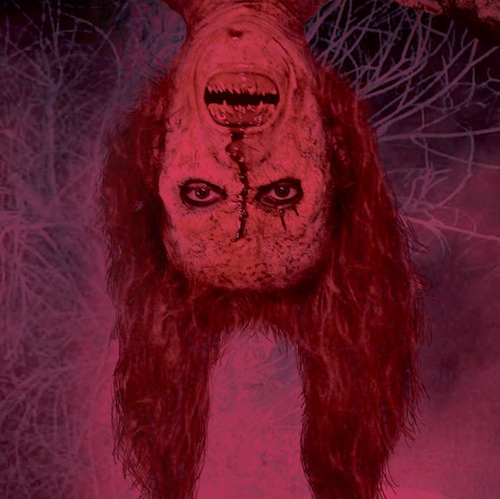 Another scary clown on the loose, XX is a mashup of a number of short horror stories put together into one movie. Each short film is made by a different filmmaker but they somehow manage to blend perfectly together to give you chills and take you on a rollercoaster ride into the dark trenches of horror. Some of the directors of this masterpiece are popular thriller experts Annie Clark and Karyn Kusama. Go try this one while it’s still on Netflix. 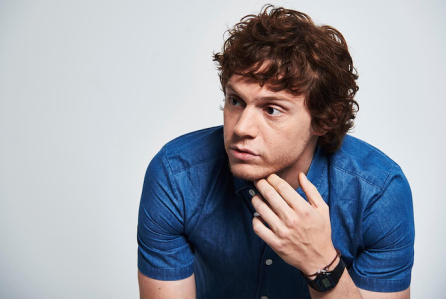 The American TV show and movie actor, Evan Peters, is fast making a name for himself in Hollywood. Get to know some facts about him and his net worth too. 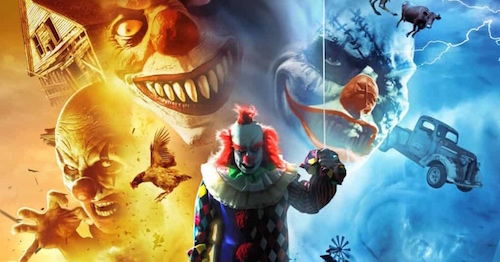 The above list is not exhaustive, there are still many great clown horror movies that didn’t make the cut but if you plan on watching one or a couple of our recommended titles, be ready for screams, blood, chills and all kinds of creepy throughout these movies don’t say we didn’t warn you. And as you watch, keep in mind that some of them are pure fiction; just for the thrill, while others are based on true stories and live events. So, gather your friends, some popcorn, your favorite snacks and brace yourself for an adrenaline-filled night.