What is the Term: Go Commando? 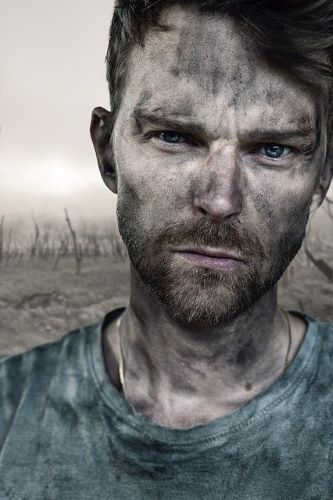 Have you ever gone outside with no undies? Is it something that you like to try? Can you tell when someone is not wearing underwear? Are you familiar with the term "going commando"? Joey sure liked it a lot.

For those of you that are not familiar with the term, let us enlighten you and tell you more about it. To begin with "going commando" or "to go commando" is a slang phrase that means: to wear no underpants beneath one's clothing. As to its origins, there are a couple of versions. The Oxford English Dictionary (OED) explains that the origins of the phase or the use of it are kind of obscure and that it alludes to the commando's reputation for actions, toughness, and resourcefulness rather than to any specific practice.

The Urban Dictionary gives another version though. Here a former infantry soldier and medic gives a believable explanation. He wrote that when on the field, soldiers sweat a lot and it's days before they can actually take a shower. The uniforms that they use are pretty loose and that allows them ease of movement so they don't wear underwear to prevent skin eruptions and fungal infections.

There is a synonym to the phrase "going commando". The Scottish infantry regiments, whose soldiers didn't wear underwear under their kilts, refer to this as "going regimental". 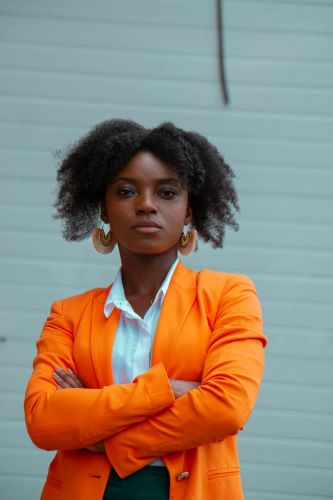 Going commando as a phrase originated in the U.S University slang back in 1974 at the University of North Carolina (apparently), and according to the Oxford English Dictionary that documented it. The phrase gained popularity or currency in 1996 thanks to Friends. The beloved Joey (interpreted by Matt LeBlanc) used it in one episode of the hit sitcom, to explain that he was not wearing any underwear and it kind of stick with the audience.

The term going commando also refers to elite soldiers trained to be ready to fight at a moment's notice. In this context, when you're not wearing underwear, you're... ready to go at any moment without any annoying underwear in the way.

Why Some Love It

Going commando may not be your thing, but there are many people out there that love not wearing underwear while going about life. Why do they love it? There is no definitive explanation and it's more a choice they make. The consensus is that it's a liberating feeling and they say it's comfortable while wearing certain kinds of clothes like sweatpants and shorts.

Many people also love it because it simply feels good for them and, especially for women, it can be a good idea for your vaginal health. So there are many reasons why some love to go commando, some have a lot to do with their health down there. Here are some reasons why you should consider once in a while ditching your undies and going commando.

That's mainly why some (men and women) love going commando, it's really comfortable and like we said, a freeing feeling down there. There's an allure about being just you, your private parts and your pants, hanging out and just having a good time while maybe enjoying a glass of wine (or a beer). 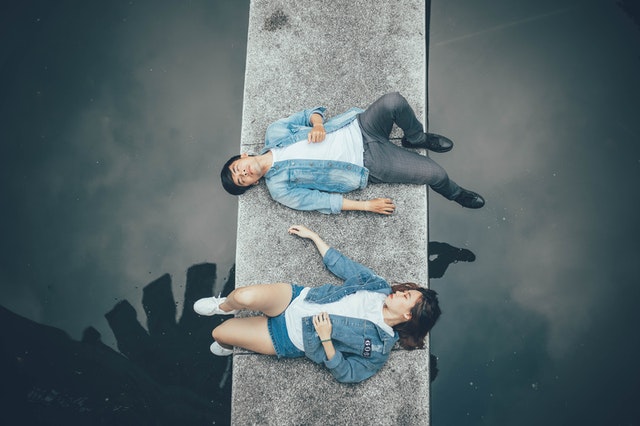 No links between going commando and contracting infections

People who like going commando don't have to worry about contracting infections down there because there's simply no link between the two. The idea that going commando would be a perfect breeding ground for bacteria thanks to your private parts rubbing against your pants has been debunked. Mainly because there is no scientific research suggesting a direct correlation between going commando and contracting yeast infections, for example.

It can actually prevent infections

Many people suffer from itching and irritation down there, so doctors recommend that they skip wearing underwear. All that irritation and itching is a very uncomfortable feeling and it decreases going commando. Some people are actually not totally on board doing that during the day, but for sleeping, they love it and it's doctor recommended.

No worries about VPL

You see it every day, right? Women (or men) in tight and light-colored pants with totally inappropriate underwear that you can actually see. Not a pretty sight. People love going commando because they don't have to worry about VPL (Visible Panty Lines), which let's face, it's very embarrassing. Now, if you're thinking about ditching the underwear when you're wearing tight pants, exercise caution because "camel toes" is a possibility and no one wants to see that too. 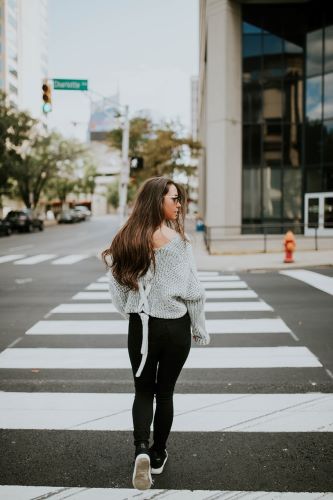 No worries about wedgies

Who doesn't have this problem? You know...finding yourself digging out a wedgie? And it happens at the most inappropriate times too. People love going commando because they don't have to excuse themselves from a social situation to take care of the wedgie. Enough said, right?

Yep, it's sexy for the one without underwear and for their significant other. A matching pair of lingerie is definitely sexy but people going commando find that totally sexy too. For women, going commando gives them a bit of confidence too, that little secret they have with themselves can really increase their confidence when walking talking to coworkers and friends during the day.

Guys find it sexy when their women go commando and they make them privy of it. They really love it, so that's why they do it. It ramps up their sexy time. 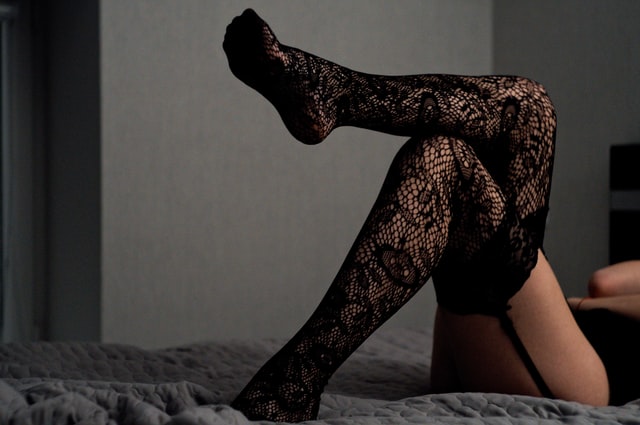 Why Some Hate It

Not everyone is keen on the idea of going commando, some even hate it. Again, their reasons are totally personal, maybe they've tried it and it wasn't a good experience or they maybe can't conceive the idea of someone going outside with no underwear, they deem it totally indecent. Whatever the case, there are some valid reasons why going commando is not the thing to do, and maybe why some actually hate it.

This is true for both men and women. Skin chafing is the annoying and sometimes painful result of skin rubbing against your clothing. This causes rashing and of course, discomfort. All this chafing leaves the skin vulnerable to infections and well nobody wants that. Granted there are some clothes that are loose-fitting and won't cause much chafing but when it comes to jeans, the possibility increases and some people definitely don't want to feel that on a daily basis.

Another reason why some hate going commando is the mess of stains that end up in their clothes as a result of not wearing underwear. For women, vaginal discharge is completely normal but by not wearing panties they risked getting their pants stained.

For men, hiding sweat, stains and wet spots in the crotch area from going commando can be embarrassing so some are really not keen on not wearing underwear, they don't like to feel awkward. 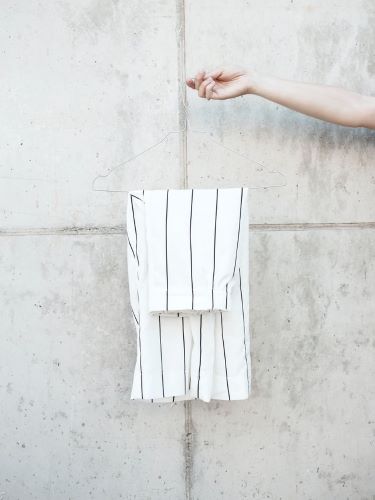 No protection or support

Some say that going commando while working out at the gym or going running is a good thing, that is if your gym clothes are appropriate and let your skin down there breathe. But the thing is that especially for men, going commando offers no support and no protection down there and that's another valid reason why some (men) in this case hate not wearing underwear beneath their clothes.

That is a question, right? Who is bolder? Men or women? There are not many statistics to answer this question accurately but in a fashion-based poll conducted by Vanity Fair and 60 Minutes, they discover interesting data. In this poll, they asked Americans various questions fashion-related and one of them was: How often do you go commando?

The results showed that 25% of those polled admitted to going commando at least sometimes. From that 25%, 13% admitted not wearing underwear occasionally, other 5% said they do it once a week and a 7% admitted going commando all the time. This 7% included men and women, but they don't provide any additional data to know for sure if more guys or girls go commando.

However, someone has asked the question on Quora, and there are some answers that indicate that maybe more guys are going commando. As this is something people do as a kind of secret, even if they tell you that they're going commando there's no way to tell for sure if they're telling the truth without sounding like a perv and asking to substantiate their claim by showing you the evidence.

Should You Try It

Go commando or not go commando? What do you think? Should you give a try? There are some valid reasons for trying it out, some are even beneficial to your health but to tell you the truth that is a very personal choice. Maybe you should start little by little, like just going commando at night. Just you, your private parts and a comfy pajama and see how that feels.

Another time you could go commando is to entice your significant other on date night? That can put a special touch to your night because once you tell him about the commando situation, that's all he'll be able to think about and when the time comes, you'll both rip the benefits. 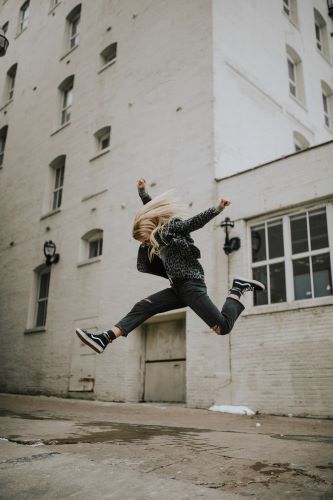 Related Article: Men Undies: Are You a Boxer Or Underwear Kind? 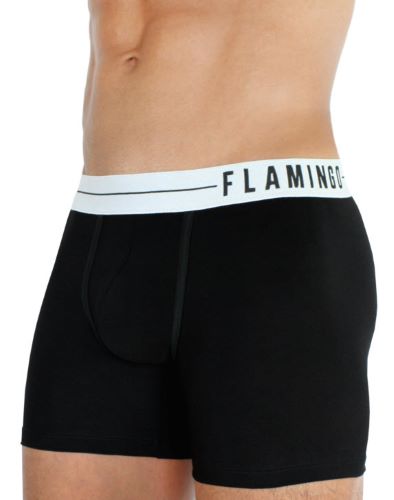 What is the difference and does it affect sperm count and size? 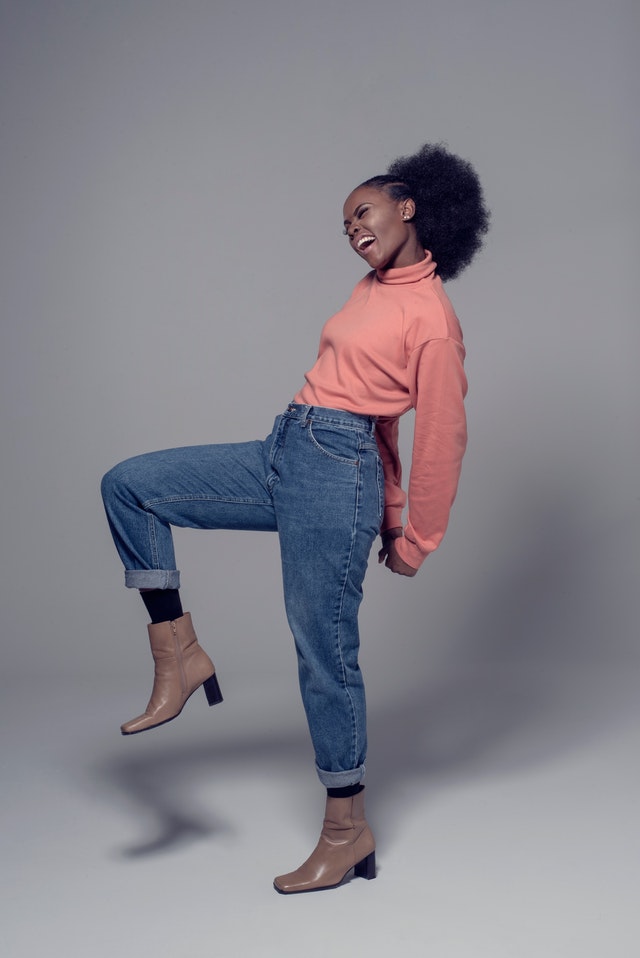 Like we said going commando is a personal choice. For some, it's a liberating feeling and a sense of comfort for others is gross and totally unacceptable. But if you're game for trying, then go for it. You may find you like it... or not.