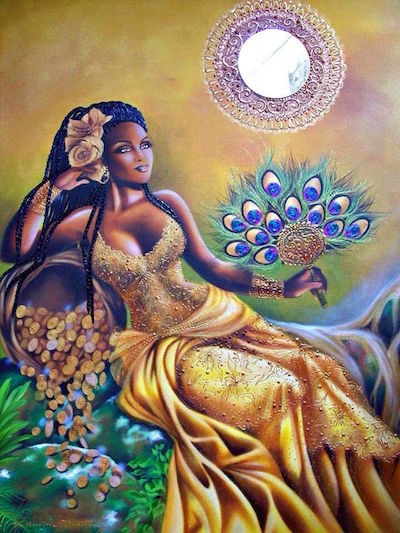 The origin of Oshun is West Africa. She traveled with west Africans during slavery. Among the Yoruba gods, Oshun is the youngest. For love, abundance, prosperity, West Africans sought the indulgence of the Oshun goddess. She ruled over the sweet waters of the world. Being a spirit, she indirectly identified with destiny and free divination.

The belief system of the Yoruba people is an accurate reflection of what Oshun is all about. It demonstrates how significantly the Yoruba people value her. She is an ancestor believed to still reside beneath the Osun river in Nigeria.

Customarily the Yoruba people are obliged to burn offerings along the river every August. The two-week-long festival usually happens along the Oshun-Osogbo sacred groove. Her power as a goddess was granted upon her by Orisha –a superior spirit.

It was through her outmost loyalty that she earned the title of a goddess. She was married to Shango-an excellent vision. Her utmost love and abundance to Shango made her become Shango's favorite wife. Osun.

She is a female orisha possessed with wealth, prosperity, and beauty. Believers call for assistance from Oshun when faced with relationship issues. Believers crowned her lady of Gold. Other communities in brazil worship her as the lord of fertility.

For women who yearned for protection during their gestation period, she answered prayers of both protections for the mother and the child. She is associated with certain delicious fruits from plants named after Orisha's spirit.

1. Popularly referred to as river Orisha among the Yoruba people 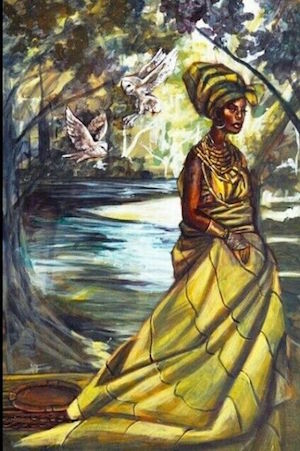 Of all other spirits, Yoruba women appreciate osun as the god of fertility. They believe osun takes care of mothers and unborn babies during the gestation period until delivery-before the baby pronounces her first words.

Those deprived of love and experiencing relationship difficulties call upon osun in the grooves of river orisha. Ritual practices have done alongside the river to necessarily pay respect and also ask for guidance from osun.

2. The most powerful spirit 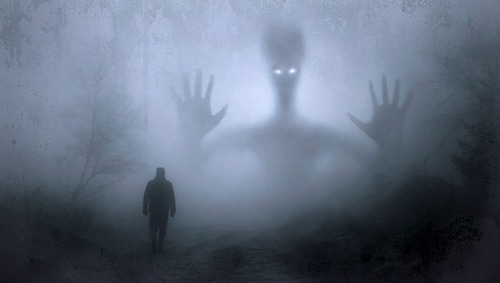 Additional to the unique traits she possesses, osun is considered one of the most powerful spirits. Vanity, jealousy, and spite are some of the human attributes she exhibits. When Orisha commanded all souls to be loyal companions of Shango (a spirit), osun was the only spirit that consistently proved her loyalty to Shango. It led to her announcement as Shango's favorite spirit.

She turned out to be jealous of the love she had for Shango. Failure to acknowledge the love she has for the Yoruba people attracts the wrath of fire, floods, and drought. The other spirits have traits that are also exhibited by Oshun, which makes her an all-powerful goddess.

The Yoruba religion believes in a collection of four hundred and one gods. These gods have spirits that govern and control various aspects of human life. Oshun as well exhibits other elements offered by Orisha to other gods.

3. Osun speaks to humanity in the osun-osogbo sacred groove 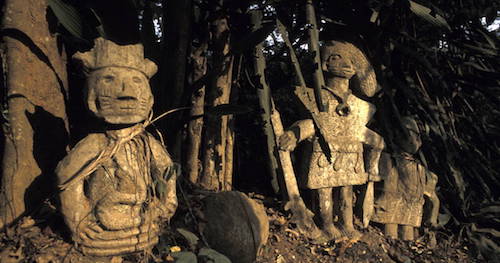 Osun-osogbo groove is in the forest found in osogbo town. It is in western Nigeria. Previously, there existed many slots upon which the Yoruba people would seek the face of Osun. With time may grooves were abandoned, leaving the osun-osogbo groove. It was a favorite place of worship where Osun loved to take residence. Tales such as the osun sacred slots supported the claims.

Villagers who were in search of food and water once occupied the groove. They interfered with the sculptures in their period of settlement in the forest. Osun was displeased by the acts and commanded the villagers to move to the other part of the river. She purported that it is difficult for humans and spirits couldn't live together.

4. She is the mother of sweet things 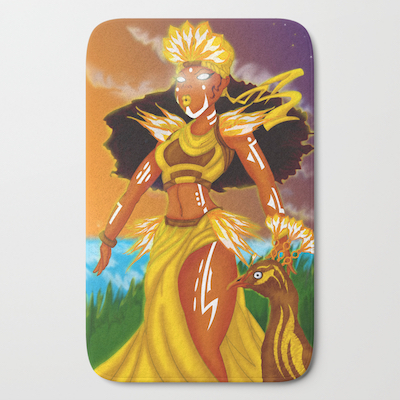 Alongside governing the sweet physical features of the Yoruba people, she is a caring deity. It comes in handy with the fulfillment of the daily needs of the life of its people. It stretches from; healing the sick, parenting the orphans, provider of the less privileged, comforter of the marginalized, the provider of the less prosperous, and the less infertile.

Moreover, Osun also advocates for the less educated. She teaches the people agriculture, justice, and cultural practices. She also prepares the skill of divination and song chants.

5. She was sent by olodumare (spirit) to populate the earth 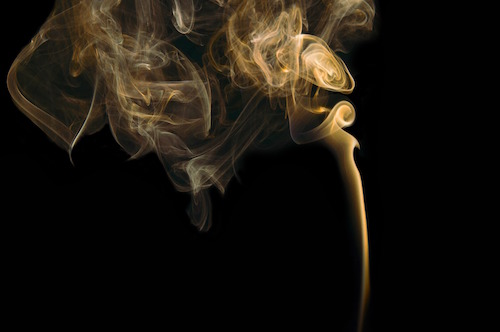 Oshun is a central figure in the creation of human beings. As a female deity sent to earth, other gods' attempts to populate the universe turned out fruitless. When other male gods failed to revive the land, they tried to convince osun to help them.

Osun agreed and created the water sources, gave life to humanity, and created other plant and animal species. The myths from the Yoruba stories came out to justify that humanity would be impossible if osun primarily did not act.

6. She is the god of beauty and sensuality 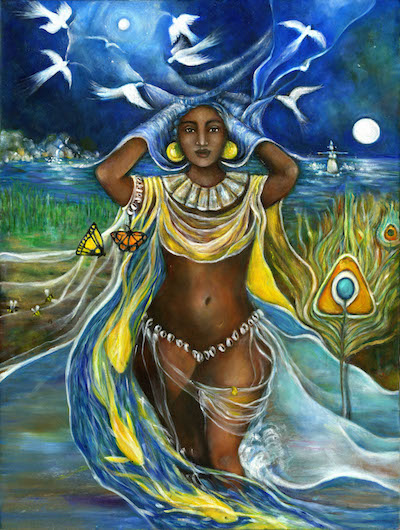 The beauty of Osun is in the hearts of Yoruba people. She is a young goddess, loving, affectionate, and pretty. Osun is attracted to all that shines. A justification of the elegance of her name goddess of the sweet waters.

The arts present in the shrines in Nigeria support the claims. Believers decorate the churches with numerous bracelets and jewelry. Every good deed of the Yoruba people is associated with Osun. Women consider themselves extra pretty by coding themselves as worshippers of Osun. 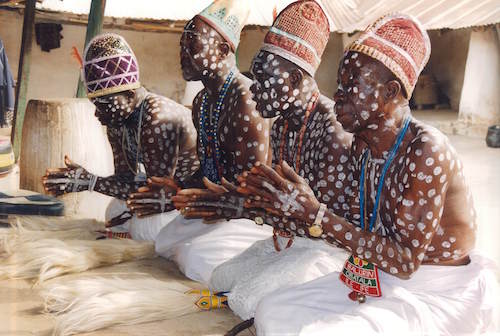 Previously, it was brought to the Americans and later taken out to the traditional system. The Yoruba people in Nigeria continually practice this tradition yearly. In Nigeria, it is the 12-day osun-osogbo festival done in august. Interestingly, the festival has an age of 600 years.

Since time immemorial, it has attracted thousands of fans from Nigeria and across the world. Paying homage to Osun signifies how her believers greatly benefit from her.

Rituals To Get Oshun For Help 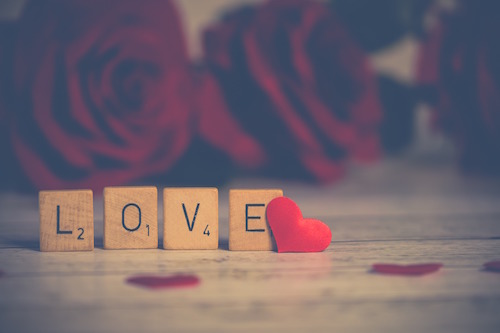 The priests of the Yoruba people conduct a ritual bath for love. It includes doing the following; 5 sunflowers, one white candle, a bowl, honey, cinnamon, and favorite perfume. Tell osun your wishes as you conduct the ritual process. Light the candle in front of the image of osun for five days.

This is done louder to ensure the goddess of osun hears it as clearly as possible. Put the sunflower petals inside the bowl and sprinkle cinnamon, honey, and perfume subsequently. Afterward, its followed by taking a cold bath.

Take the ingredients to pour it from the neck down to the whole body. Close the eyes, and ask Osun to shower you with love. Leave the candle for five days and dispose of the offering. This is done sacredly, and it is a necessity that the candle remains lighting throughout the process.

For Abundance And Prosperity 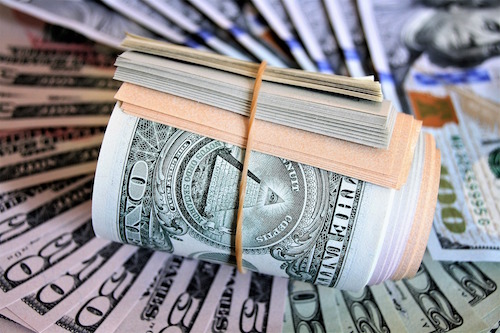 This process necessitates the following ingredients; 5 oranges, one yellow candle, one white plate, cinnamon, honey, and a representation of the goddess. Light the yellow candle in front of an image of osun for five days.

Speak out your wishes to osun as loud as possible so that she can hear. Place your oranges on a plate and drizzles some little honey over them. Sprinkle cinnamon, leave this for five days, and dispose of the offering. This is done in a sacred place recognized to be a place where osun takes residence.

Related Article: 10 Facts About The Goddess Of Rainbow That You Didn’t Know About 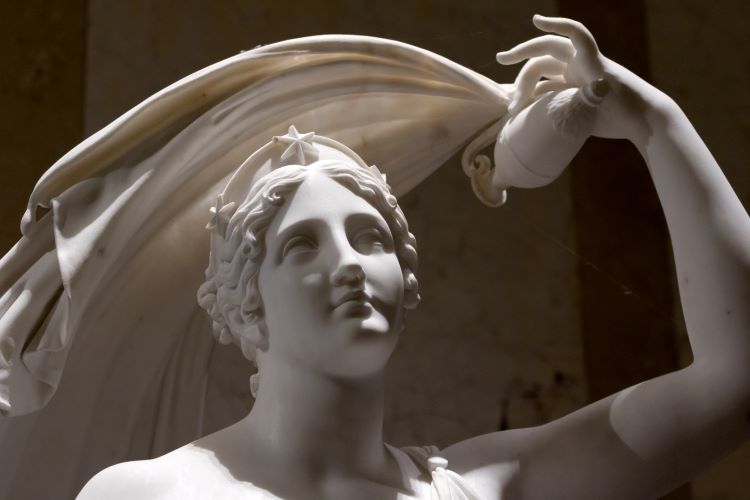 Find out about Iris, the lovely Greek god of Rainbow with 10 facts 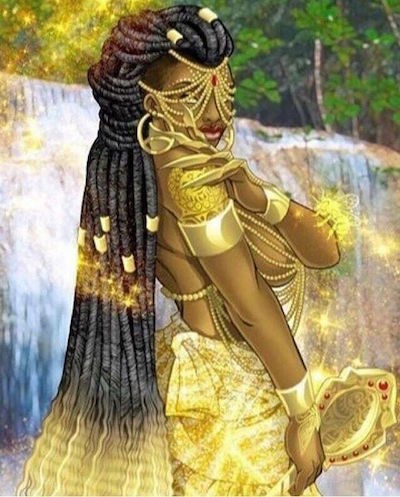 Whenever the believers of Oshun feel weak, they go back to their creator Oshun. This article acknowledges her two names; Oshun or also called Osun.  She is the provider of eternal love. Her first interaction with human beings was in Oshogbo, Nigeria. The water of the goddess protects the city. Across the world, believers still pay homage to Osun until today.