TikTok is a video sharing social networking app that was developed in China in 2012, before it took over the world of social media in 2018, after merging with an app called Musical.ly. The app lets you make 3 to 15-second videos, as well as, 1-minute videos and you can virtually create any kind of content you please. From dance challenges to lip-syncing videos, acting challenges to comedy, TikTok is home to every kind of content under the sun.

Why TikTok is So Addictive

Even though TikTok has some bad rep and plenty of people feel the need to apologize for their presence on it, often “blaming” quarantine for signing up or signing up as anonymous accounts, the growth the application has experienced in the past two years after its launch in 2018, is astronomical.

So why is it that people who feel embarrassed to be on the app still keep signing up by the millions to access the content on TikTok? Well for starters, TikTok content is reposted on other social media platforms like Instagram from where it funnels people into the actual app. People readily sign up because the content is highly addictive.

Even though for every original creator on TikTok, there are hundreds of imitators and the content isn’t of the most “stimulating” kind, these videos almost demand to be consumed. So, what makes the consumption of these seemingly vapid little videos so addictive?

The proof is in the pudding or this case, it’s in the algorithm. Just like many other social media applications, TikTok has a smart algorithm. It keeps track of the content you like and shows you more and more of what you like. That makes content consumption on TikTok a bit of a rabbit hole because the more you use the app, the more your experience it improves.

TikTok also wastes no time in bombarding you with content, so the moment you click on the app it draws you in and quickly fills up any small itch for entertainment. For a perpetually bored, over-stimulated generation that needs constant engagement, this works well in drawing people in. TikTok also uses catchy sound bites that play on a loop and get stuck in your head.

One of the most interesting phenomena associated with TikTok content consumption is “random reinforcement” where you keep scrolling and randomly get videos the algorithm knows you will like. This gives you a chemical reward in your brain and you keep on scrolling hungry for more. It’s no surprise, then, that TikTok has blown up like crazy not just among Gen Z but, now because of quarantine, also among other diverse demographics.

TikTok works by making short, fun challenges go viral on the app.  These challenges can be short choreographed dances or acting skits that go viral and then everybody on the app recreates them, sometimes a reenactment of the original and, at other times, with variations. New TikTok challenges crop up every week and keep consumers engaged in content creation and consumption.

14 Non-Celebrities Who Were Made Famous by TikTok

The most popular creator on TikTok is a young dancer from Connecticut called Charli D’Amelio. She posts short clips of choreographed dances that the entire TikTok world recreates, a side of TikTok Charli is credited to have pioneered. This young 15-year-old has close to a billion followers and many brand deals that have brought the family unimaginable fame. Charlie was just an ordinary high school girl who liked to dance who is now part of the Hype House group, has starred in a Super Bowl commercial, and has been signed by a major talent agency. Rest assured, this young TikTok celebrity is going places.

A 19-year-old baddie, Addison Rae, also posts dance videos and lip-syncing videos and has collected a massive following, second only to Charli D’Amelio herself. Addison Rae went from small-town country girl to full-blown businesswoman as she recently released her podcast with her mom and has also opened a new makeup line called Item to monetize on her fame. 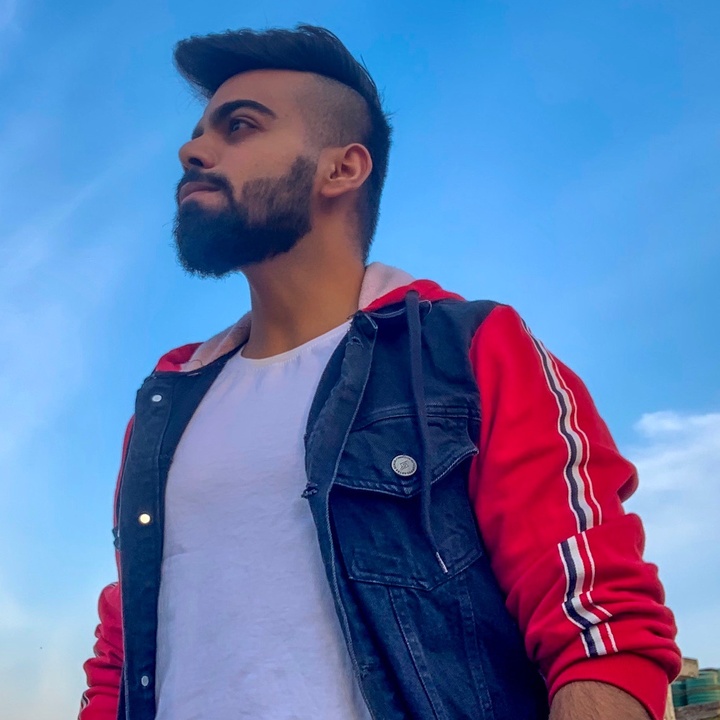 Born to a middle-class family in Delhi, Gaurav Arora could never dream of the fame he got from TikTok and the money and the opportunities that opened up for a young boy whose dream was to be a cricketer. When he blew up in 2019, he was struggling financially, but his viral fame gave him a chance to work with famous personalities like Hardy Sandhu, Guru Randhawa, and Akhil, among others; true rags to riches story.

Zach King posts video clips edited to make it look like he’s doing magic. Originally from Portland Oregon, he also used platforms like YouTube to create content but when he joined TikTok in 2016 he blew up like crazy, catapulted him into an illustrious career as an internet personality and a filmmaker.

Loren Gray is one of the highest-paid TikTok celebrities who first grew famous on Musical.ly when she was in 6th grade but was bullied for it and even had to change schools. After moving to Los Angeles, she grew her online presence and, at one point, was the most followed TikTok profile before being surpassed by Charli D’Amelio. Loren has appeared in music videos and is, now, a singer and songwriter herself. 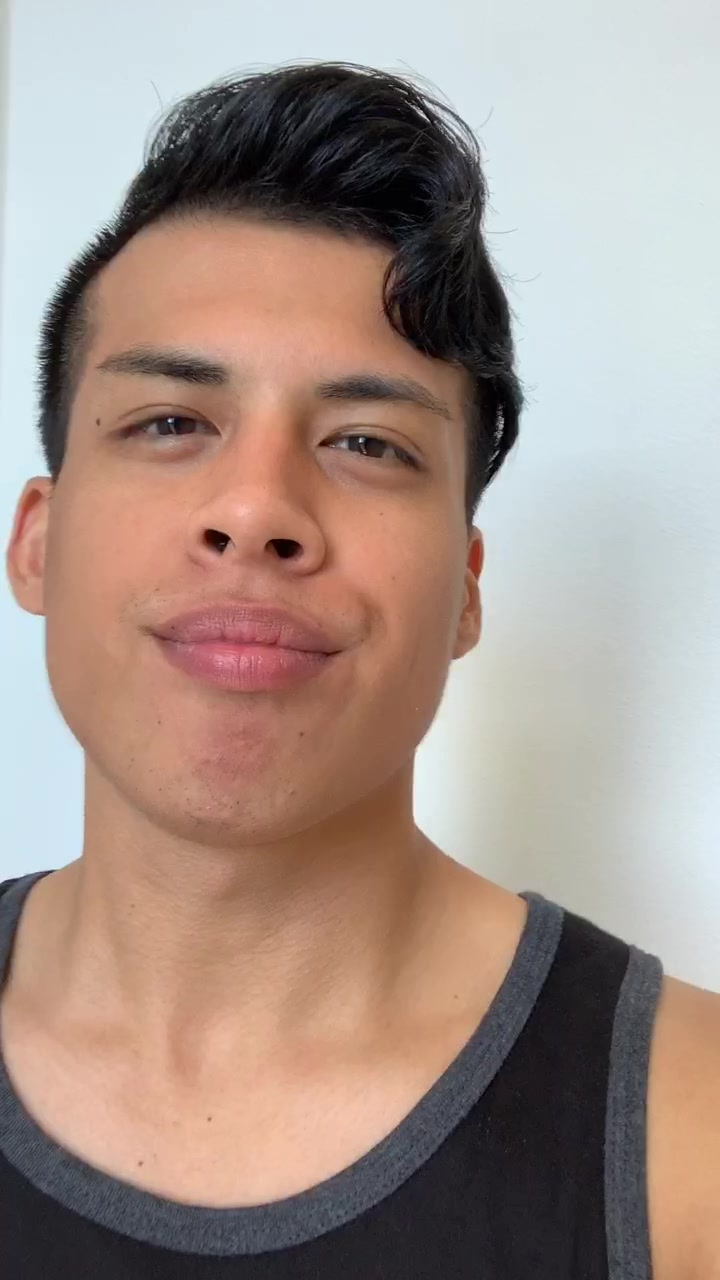 Spencer X is a beatboxer, from Manhattan NY, who blew up because of TikTok and now enjoys celebrity status after having performed with the likes of Kendrick Lamar. This is the great thing about TikTok fame, once it blows you up, the opportunities are virtually endless. And a lot of talent that goes undiscovered can be unearthed and blow up overnight into the next big teen star.

Ariel Martin known as Baby Ariel launched an anti-bullying campaign in 2015 and blew up on TikTok. In 2017 she was recognized by Time magazine as one of the most influential people on the internet and was listed in Forbes 2017 as a top influencer in the entertainment industry. She has also won the Teen Choice Award and amassed stunning success after the platform catapulted her into the industry.

Dixie D’Amelio is Charli D’Amelio’s older sister who is also a popular creator who has earned a lot of fame through this platform. 19-year-old Dixie and 15-year-old Charli were just an ordinary pair of sisters in Connecticut and now they are two of the most famous teens on the internet. That’s how radically TikTok fame can change your life. 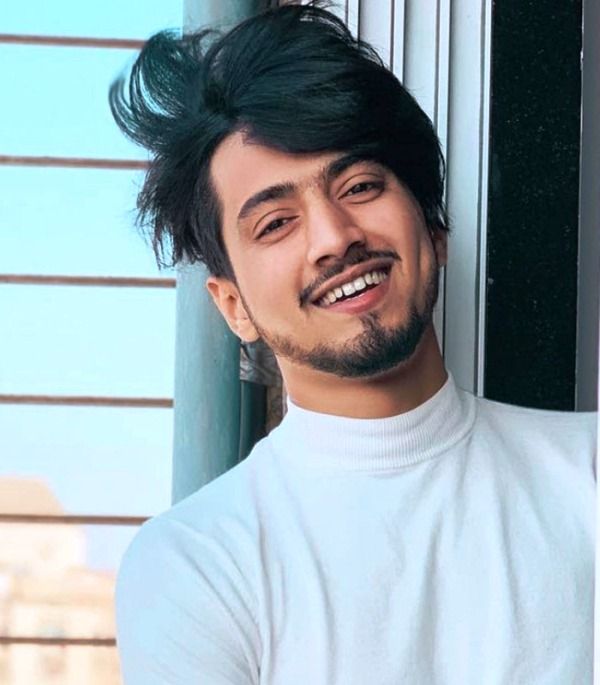 Indian TikTok star Faisal Sheikh, known as Mr. Faisu, is a true rag to riches story made possible by TikTok. His content includes comedy videos and lip-syncing videos that garnered him a huge fan base on Indian TikTok. From not being able to make ends meet or pay his mother’s medical bills and working odd jobs, Faisal Sheikh is now a proud owner of a BMW after he went viral on TikTok. He is now a model and an influencer and has also starred in music videos. 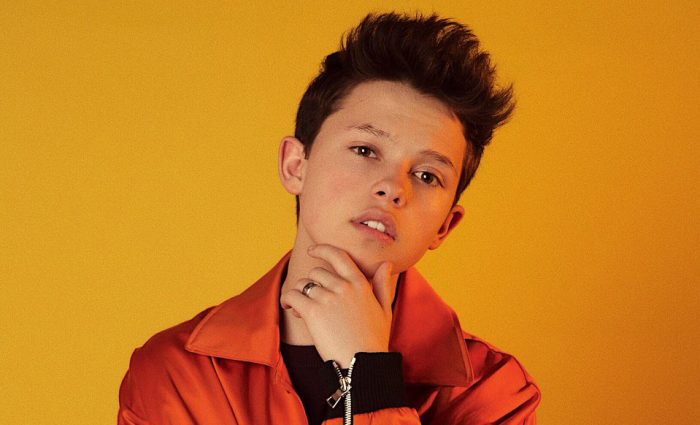 16-year-old Jacob Sartorius started his career on Musical.ly and which helped him launch a career in music. Sartorius was likened to be the next Justin Bieber when he hit the headlines for dating Millie Bobby Brown and is enjoying the good life thanks to TikTok.

Nothing beats this tiny Pomeranian dog who is not just TikTok famous but has also starred in Katy Perry’s music video for “Dark Horse,” won Guinness World Records, and starred in Disney movies. You might be fabulous but not as fabulous as this four-legged TikTok celebrity. 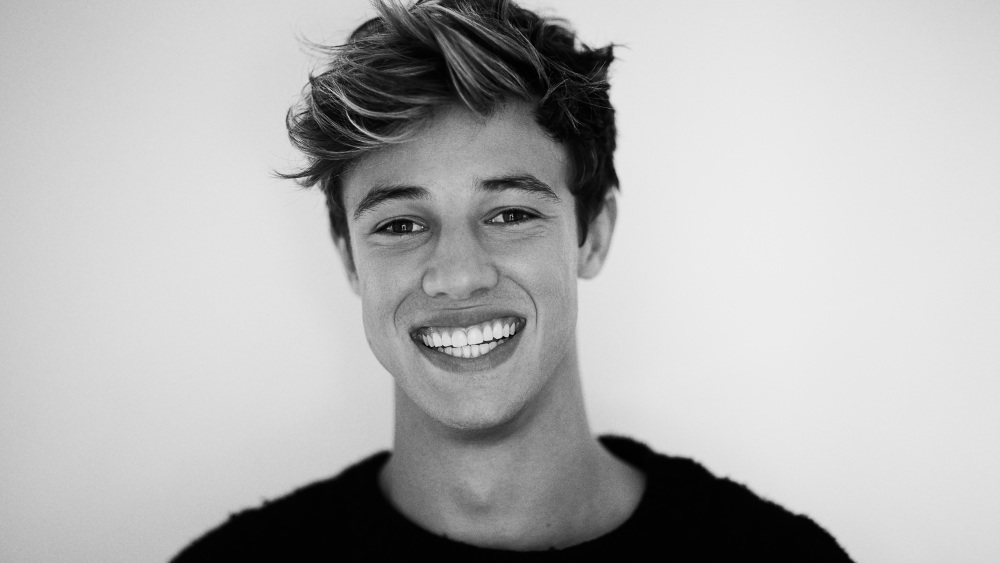 Cameron Alexander Dallas was just an ordinary prankster teenager but is now a budding singer and has a movie titled Dallas being made about his tryst with social media, all because his prank videos went viral on TikTok. 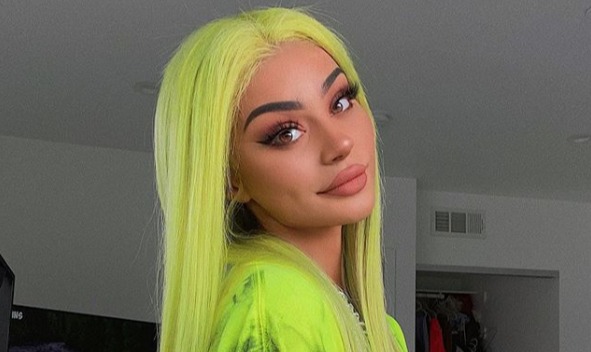 Another TikTok success story, Kristen Hancher has garnered an overwhelmingly huge fan base that watches her do lip-syncing videos and hair experimentation videos. Hancher, who was just an ordinary teenager and is now living in an infamous Los Angeles mansion with other social media stars. This is yet another example of how fast and how hard you can get rich and famous if you blow up on TikTok. 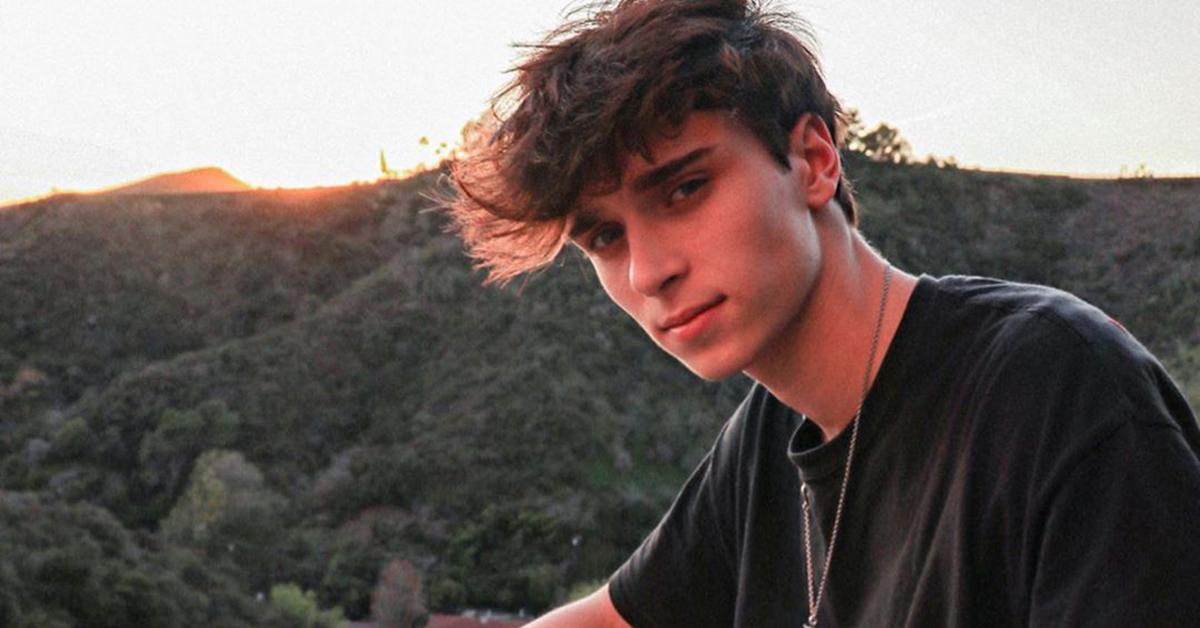 Gen Z is the biggest demographic using TikTok, so it’s no surprise that most of the big success stories are those of young teens blowing up and gaining traction on the app. Josh Richards is no different, a 16-year-old high school kid who is now living in the Sway house in Los Angeles alongside 6 other TikTok stars has a big fan base of consumers addicted to his content.

Where is TikTok Banned In

Even though the app has spread like wildfire, it has also been banned in some places for data privacy breaches. India has banned TikTok after border clashes with China on the grounds of “data sovereignty.” Indonesia and Bangladesh have followed suit. While there has been much talk about TikTok being banned in the US, it has escaped the ban as a result of careful lobbying and strategizing.

Related Article: 12 Celebrities That You Did Not Know Were Of Asian Descent 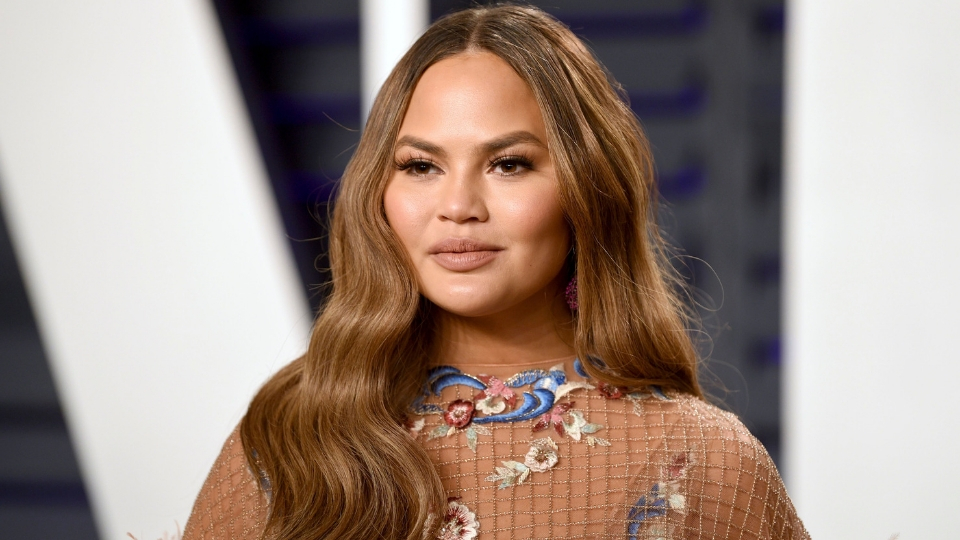 Surprise on some celebrities who have asian blood in them!

There you go, 18 commoners to Tik Tok stars. Try out the app and you will know what I mean. It is so easy to get addicted to this social media app. Give it a try, perhaps you will join the ranks of these 18 names!