Childhood is a sacred memory for all, with unique elements to it for every different person. Different lifestyles give each of us a distinct set of memories to cherish, but there’s one thing in common for most of us; cartoons.

Cartoons not only gave us memories but helped us build up our personalities in many ways. Cartoons have always been a good source of learning. They do entertain us but also teach us in several ways including; enhancement of vocabulary, creativity, and imagination.

There are a number of people who are involved in delivering a worth-while experience including; animators, voice artists, visualizers, illustrators, etc. Tara Strong is one of those people who are behind this beautiful creation of awesomeness.

Who Is Tara Strong? 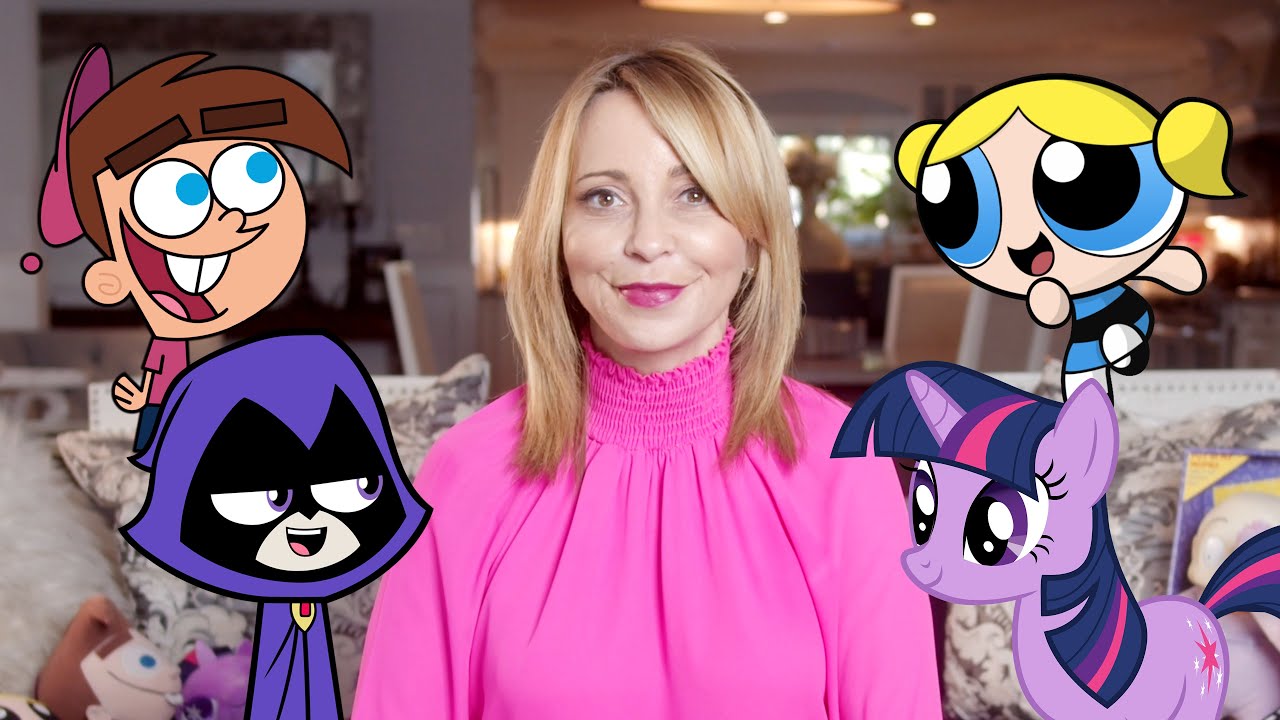 Remember how addictive some of the cartoons were back then? The Fairly Odd Parents were so magical. The combination of real and fantasy fairy world was extremely delightful. The Powerpuff Girls always gave hope in the world full of Evil Beings and Popeye's never-ending love for spinach was truly a healthy inspiration. Wonder why all these series are being discussed here? Believe it or not but Tara Strong did character voiceovers in them. Some of the iconic characters that Tara Strong has done are; 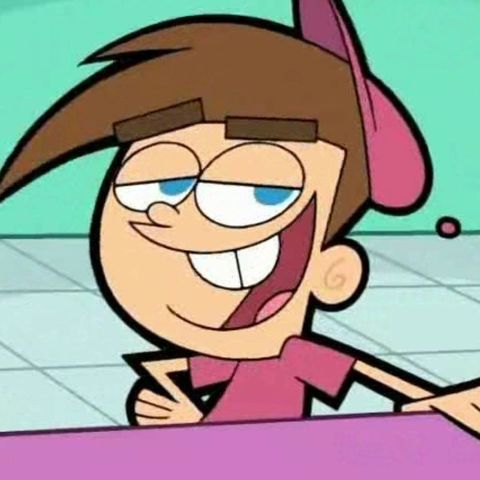 Timmy Turner from the Fairly Odd Parents is the main character, a young boy who secretly have Fairy God Parents. These fairies help the young kid in everyday life. He gets everything he wishes for only if it is wise enough. Every episode teaches a different lesson at the end.

Bubbles in the Powerpuff girls are the cutest character. She is naïve, innocent, childish, and whatnot. Bubbles despite being innocent, fight against evil beings bravely. She loves animals and has this superpower to talk to them.

This is what Tara strong had to say about her experience as Bubbles in the Powerpuff Girls.

“I had to make squirrel noises as Bubbles and without realizing it, I was making the face and putting my fingers up to my face to look like a squirrel and everyone made fun of me for the rest of the day.” – Tara Strong 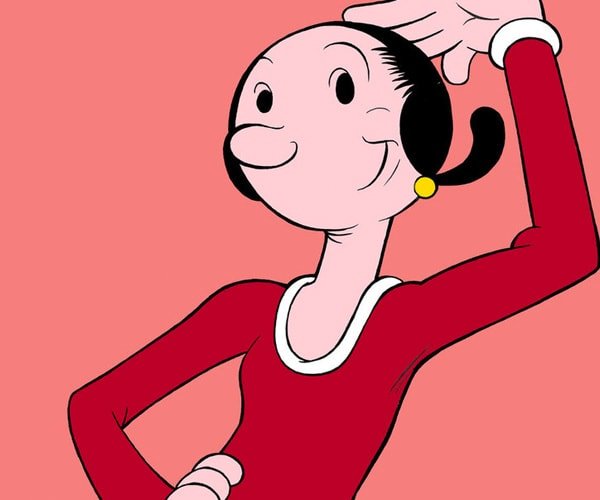 Olive is Popeye's wife in the classic cartoon series Popeye the sailor man. She is harassed by an evil guy who is after she and Popeye always save her after getting energy by eating a can full of Spinach.

Ben Ben 10 is the leading role who finds a mysterious device that too on a family picnic that allows him to transform into different 10 aliens. 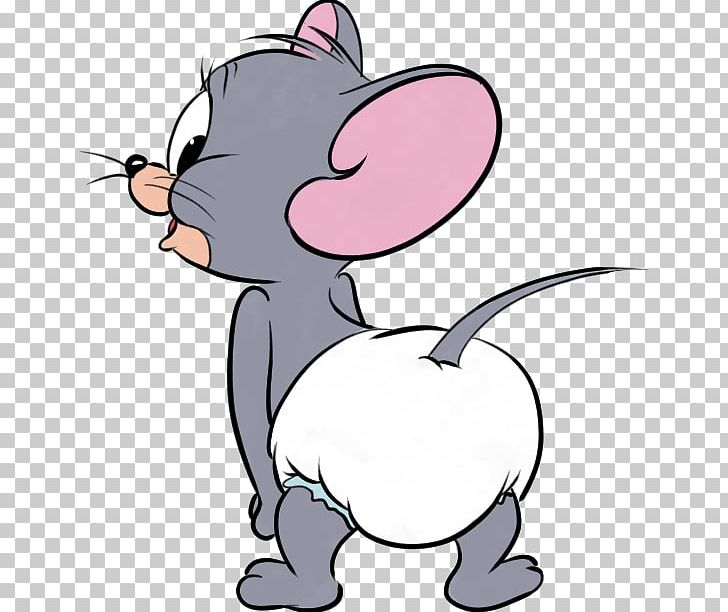 Cute little Nibble is a part of the Tom and Jerry series that are the most-watched cartoons in the cartoon industry.

Strong did the voice-over for baby Dil Pickles in the famous animated series the Rugrats.

Melody from Little Mermaid 2 is Ariel’s daughter. Melody is close to Strong’s heart. The character is unique. Ariel’s daughter has this beautiful connection with the ocean that helps her find about the past. 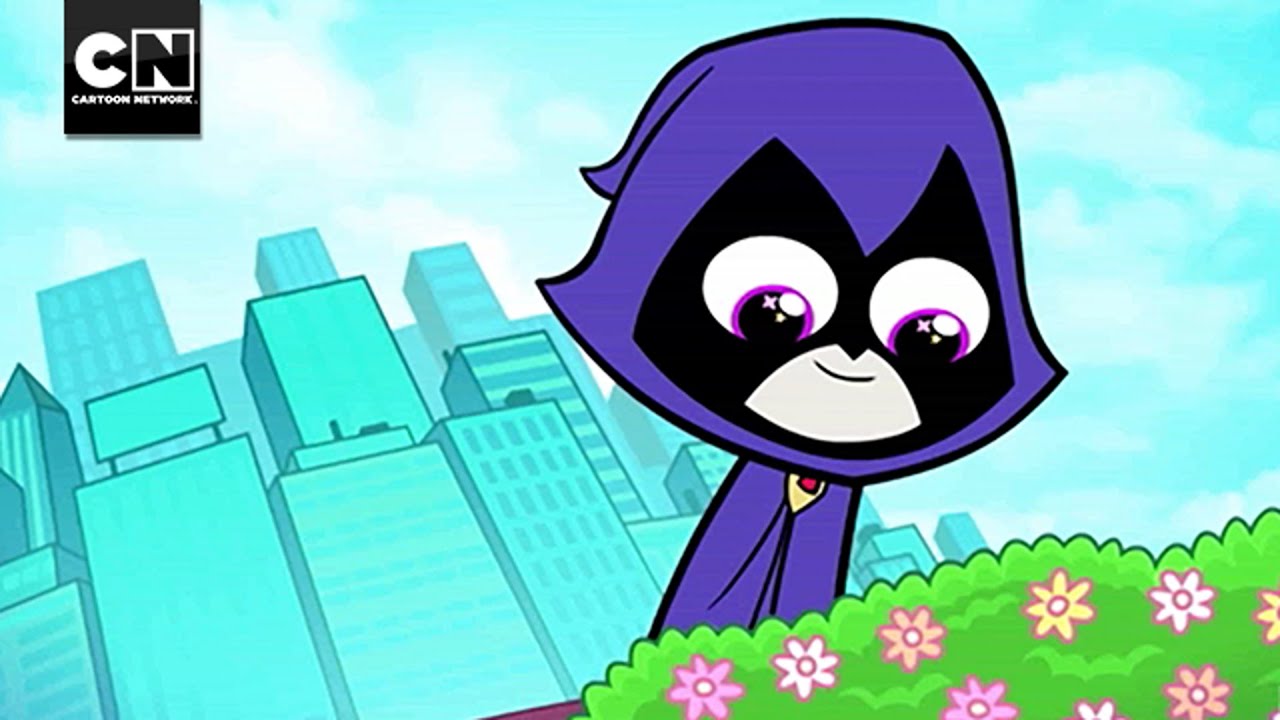 Raven from Teen Titans was not at all an easy role. Raven is half-demon which makes the character serious yet Strong successfully delivered all the emotions perfectly.

10 Facts About Tara Strong We Do Not Know 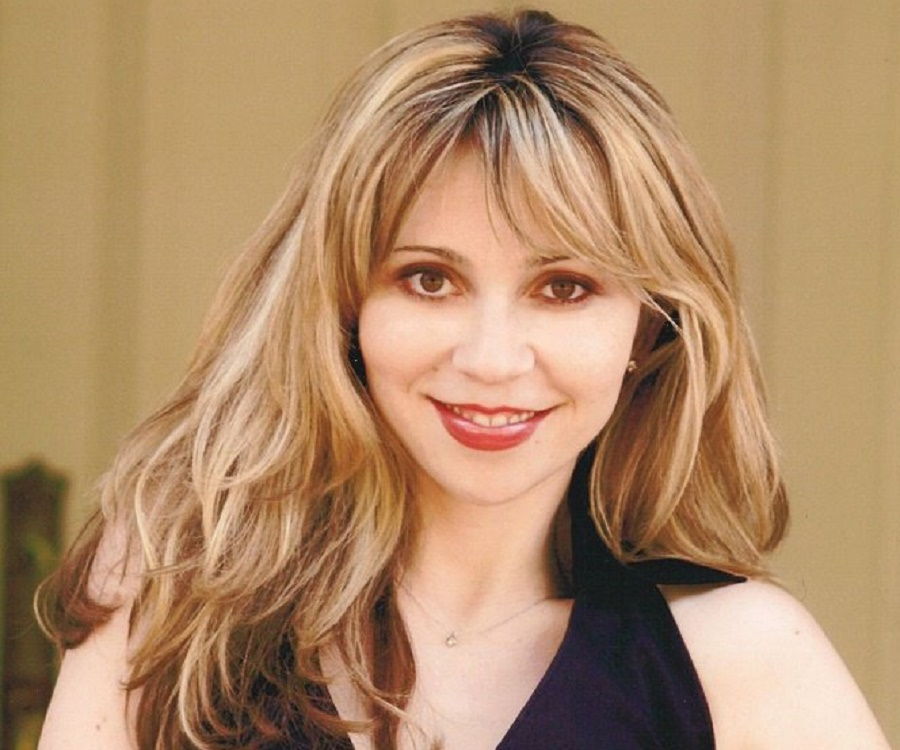 4. She has been nominated in the Annie Awards for her outstanding performances in different animated series.
5. Strong did her first cartoon role when she was only 13 years old. She did a role in Hello Kitty’s Furry Tale Theater.
6. Strong has always been actively involved in charity work. She even did charity work for a family whose daughter had a brain tumor. She was a part of a charity group called Bronies. 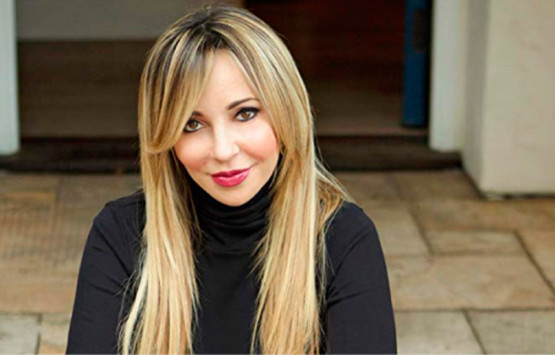 7. In the year 2018, Strong posted that she has been sexually harassed when she was only five years old. She announced this tragedy by participating in the #metoo movement.
8. In the year 2004, Strong won the Interactive Achievement Award for the role of Rikku in Final Fantasy X. She was one of the announcers in the 1999 Kids' Choice Awards.
9. Although Strong was originally from Russia, she now has a Canadian as well as American nationality.

10. She was also a part of Spirited Away which is one of the most significant achievements of her life

What Is Tara Strong Currently Up To? 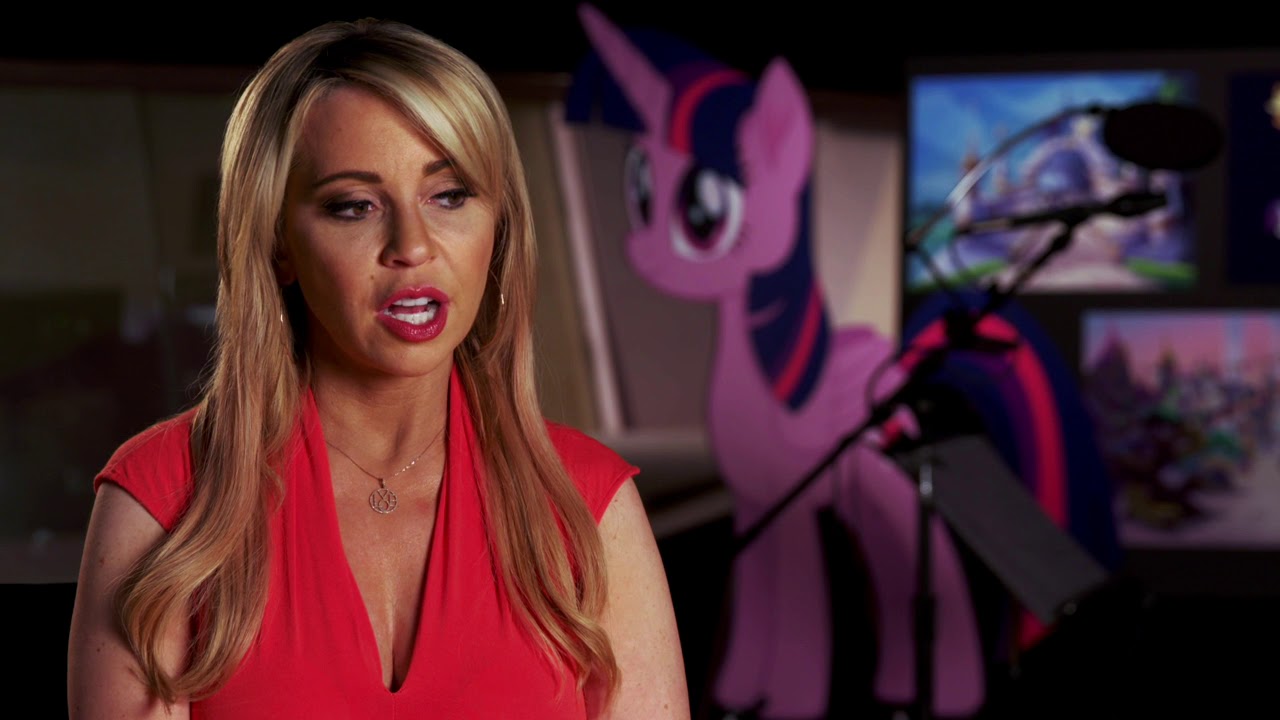 Tara strong is currently active on her social media accounts. She is recalling all the cartoon industry memories and roles. She posts pictures and videos for her fans. She is spreading awareness about the roles she has done in the past. She has two upcoming series including; My Little Pony: Pony Life and  Power birds. Her roles are Twilight Sparkle and Polly. The series will release in the year 2020.

Strong was raised along with her sister Maria who is older than her in Toronto. Strong has been working in the industry for a long time now. She married Craig Strong who is a former American actor and has his real estate business now. They reside in Los Angeles and have two sons named Sammy and Aden.

Why Cartoons Are Important For Young Children?

Cartoons help in polishing the vocabulary and grammar of young beings. If a child watches a cartoon from a very young age, their base becomes strong. Cartoons also help children learn multiple languages and accents. The cartoons help in the expansion of young being's imagination. The imagination is not restricted to what they see or what they are told to see by their elders. Children get to explore colors, nature, and many other aspects in detail through cartoons. Believe it or not but cartoons help in eliminating stress. It takes you to another zone and helps in focusing on positive things.

Cartoons have lessons and purposes hidden in them. Children learn a lot of things like sharing, caring, love, happiness, etc. One can also create awareness about different topics. Through cartoons, one can learn about good and bad touch. What is right and what is wrong. What is evil and what is not. Cartoons also teach family morals and support. It brings everyone together. Tara Strong’s work serves a lot of purposes and gives the people infinite memories.

Quotes By Tara Strong That Describe Her Voice-Over Journey 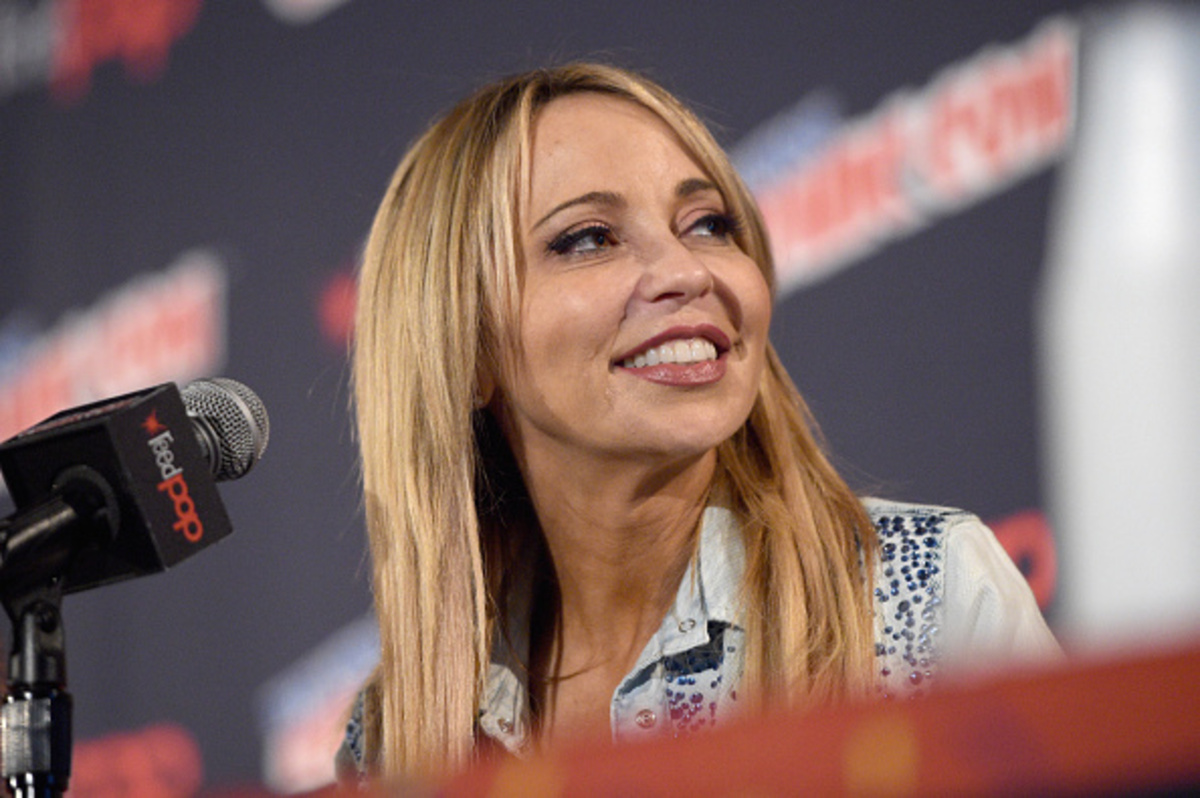 Strong always believed in creativity, she did care what others think about her work.

“If I am not right for something there are many talented actors out there that will get it.

Sometimes a role might be difficult on my throat.”- Tara Strong.

This quote explains what Tara had to go through to produce masterpieces from her voice. 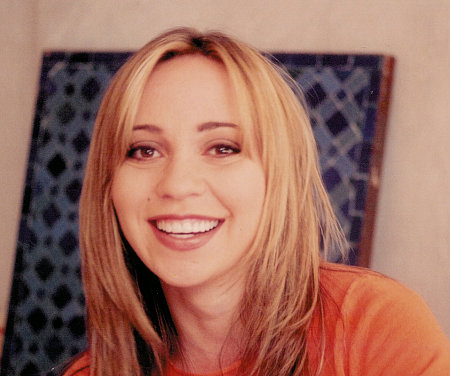 “We all sit in front of our mics and our scripts lay on music stands. Then the silliness begins!”- Tara Strong

The quote defines what it is like to be a voice-over artist.

“Many people think voice over artists just read, there's much more to it. Without acting beats, scene study, and improving skills, you won't make it.”-Tara Strong.

People do not realize what a voice-over artist has to go through to produce quality work. It is easy at all and not what people think about it. 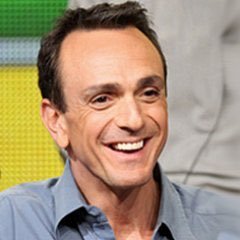 Hank Azaria has entertained us with his work as a voice actor for some amazing TV shows. Know some interesting facts about him including his net worth. 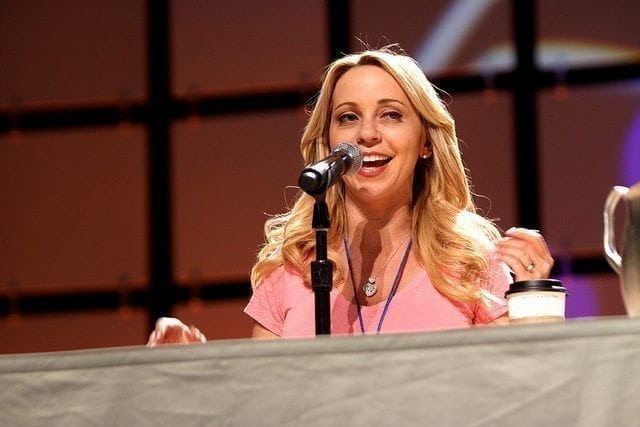 Strong has always been extremely creative. She has used her voice in different ways to create as many characters as she could. She is perfect at her work. Her passion for being a voice-over artist has brought her to this stage where she is now. Her talent is appreciated all over the world. Strong's passion was built from a very young age and is still alive in her.

Strong is a part of that industry that has given children the best experiences in the cartoon industry. Bringing such changes in the voice is not easy at all but she manages to do it extremely well. As a result, we have a beautiful animated series. The industry needs to have more people like Tara strong. She has millions of fans that appreciate her work and millions of people are inspired by her work.