It is always great to remember that you grew up watching Disney because it gave all the children infinite beautiful memories and stars. Danielle Panabaker is one of the stars that we know through Disney. Disney always gave young talent the best kind of acting opportunities. It made people successful, has helped people to become successful actors and actresses.

Who is Danielle Panabaker 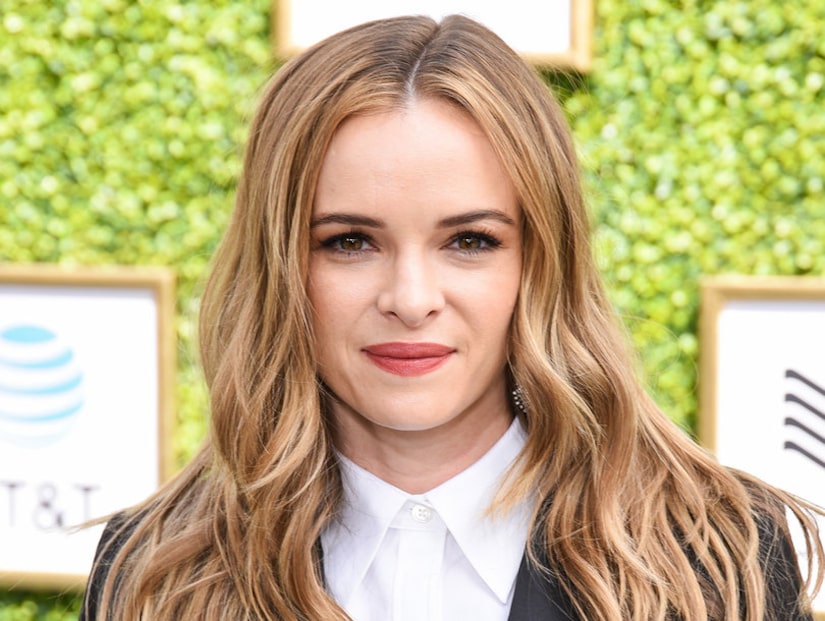 Danielle Nicole Panabaker is an American actress who was born on the 19th of September in the year 1987. She was in her teens when she started getting roles in Disney films which are one next-level achievement. Her first movie was Stuck in the Suburbs that came out in 2004. Later she did movies including; Sky High in the year 2005, Read it and weep in the year 2006. She appeared in television series called The Guardian in the year 2004.

Danielle Panabaker is a talented actress, she has many qualities including the fact that she leads very well. She has the right sense to spend and save. She is really good as a business person too. She knows her surroundings very well and acts accordingly. She is interested in finance, history, physics, etc. One can consider her as an all-rounder. 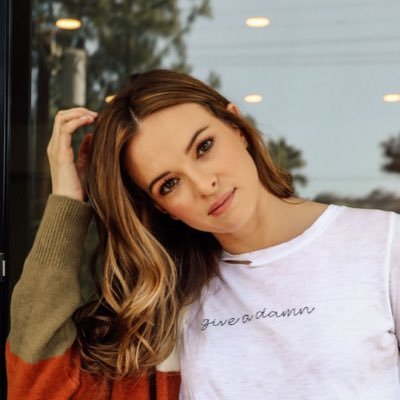 Panabaker is full of life and energy. She is a strong woman who is always ready for action. She is full of passion and enthusiasm. She loves working out and is an outgoing person. She loves eating organic food. She is the right balance of introvert and extrovert. She is pretty active on her Instagram account and posts updates regarding her lifetime to time. She has more than 855,280 followers on Facebook and 3.7 million followers on Instagram.

Some of the thoughts Panabaker has shared with the worlds are;

“I think people come into our lives for a reason, and we can learn from them, and they have lessons to teach us.”

Danielle is always positive and motivates others in life. She is always ready to fight for different causes to make the world a better place. Danielle Panabaker speaks against racism. She even posted a digital illustration that said black lives matter.

Her Career in Acting

Danielle Panabaker got the most famous when she played a role as a cast member in the CBS legal drama series called Shark in the years 2006-2008. There are a number of film projects she has done including; 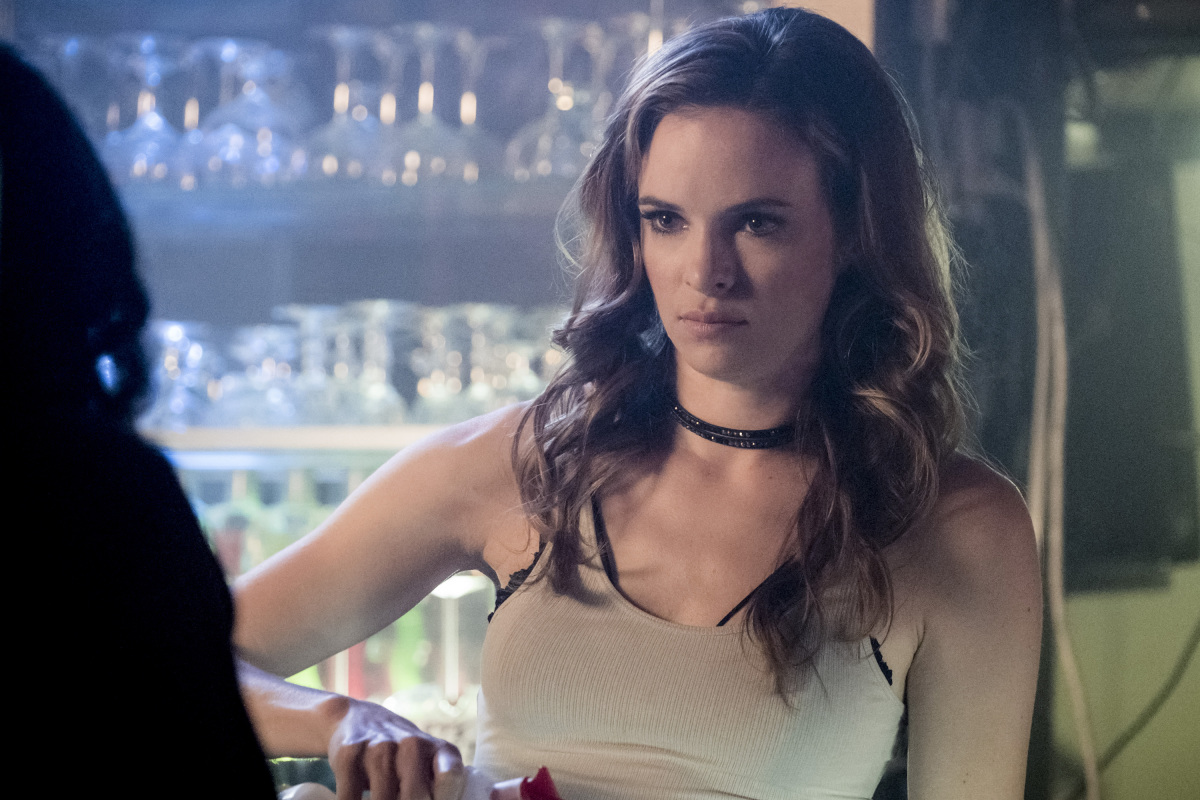 Teen choice award for choice TV actress, Sci-fi in 2016 and 2015. She was nominated for Choice Action TV actress from the years 2017 to 2019. All the categories were nominated for The Flash. 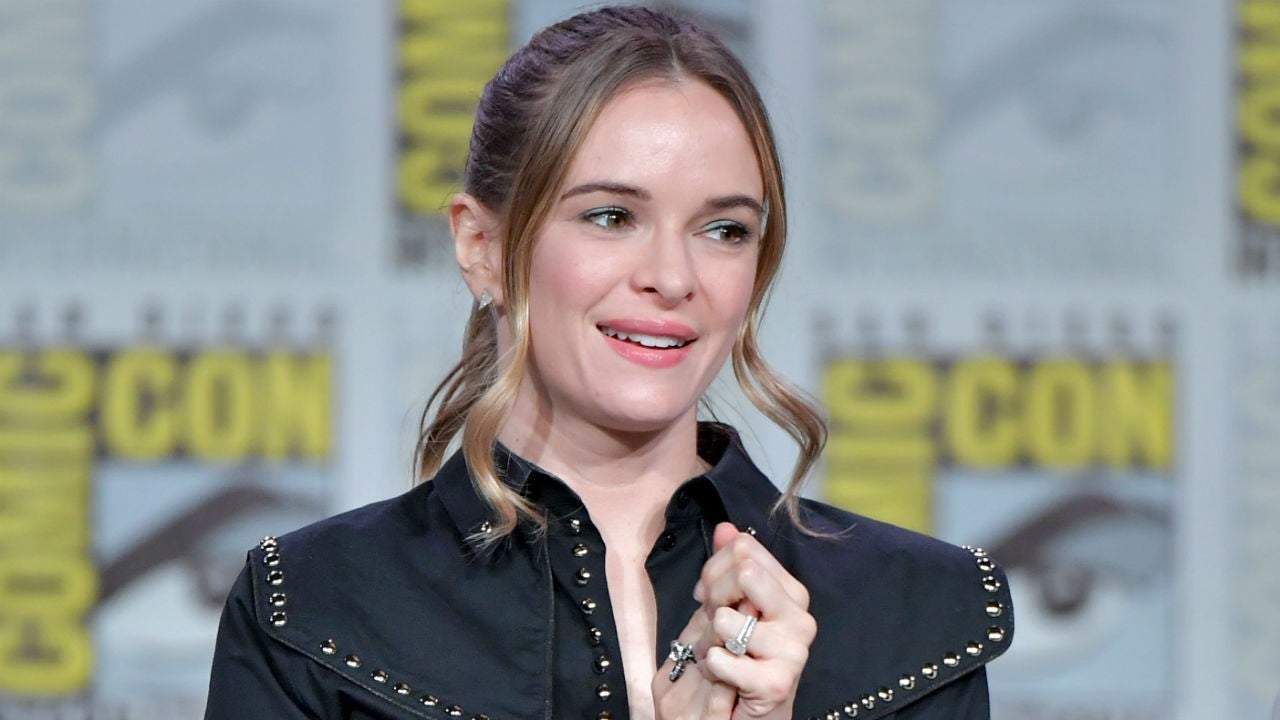 4. She appeared as a Disney star and got the opportunity to show her talent to the world. She got fame for being an excellent Disney star.
5. She is more interested in action, horror, and thriller movies. She is bold enough to act in such movies without any hesitation.
6. She is intellectually extremely smart. She has a balanced personality, it won’t be wrong if we call her beauty with brains.
7. She loves going out and eating healthy food. She loves to go out for walks. She does not spend more time at home. 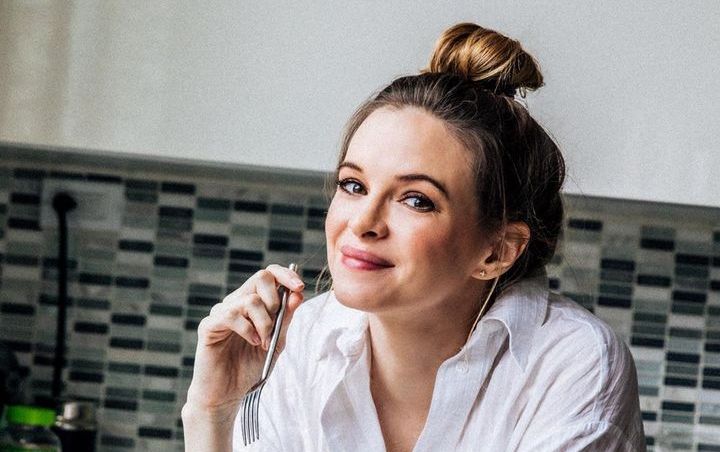 8. She is extremely friendly and full of energy. She does her roles with perfection. She has done direction too.
9. She has won many awards and also got nominated in teen's choice awards multiple times. She has a number of film and series projects that she has done.
10. Danielle received her bachelor’s degree at the age of 19 that makes her extraordinarily smart. She said, “I was always the biggest nerd in school: I had very few friends; I was always picked on; I used to wear really big glasses. I was the epitome of a nerd.”

Her Pregnancy And Kid 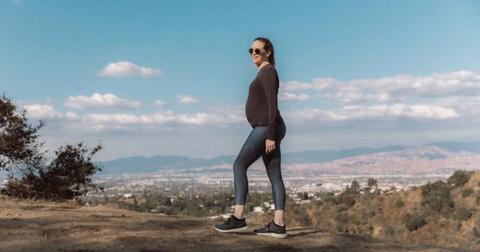 Danielle is married to Hayes Robbins and they were dating before they got married. They dated each other for a long time before saying "I do". They got married in 2017 and had their baby in April 2020. Panabaker announced the pregnancy over Instagram by posting a picture of her baby bump and saying. "This was good but holding you in my arms is an indescribable feeling. Happy to announce that our baby was born and we are safe, happy, and healthy at home."

She initially did not reveal that she is pregnant but announced later and normally started posting pictures over her social media accounts. Her fans were concerned about her acting career that how will she manage to do her roles, especially the one in The Flash.

What is She Up to Currently? 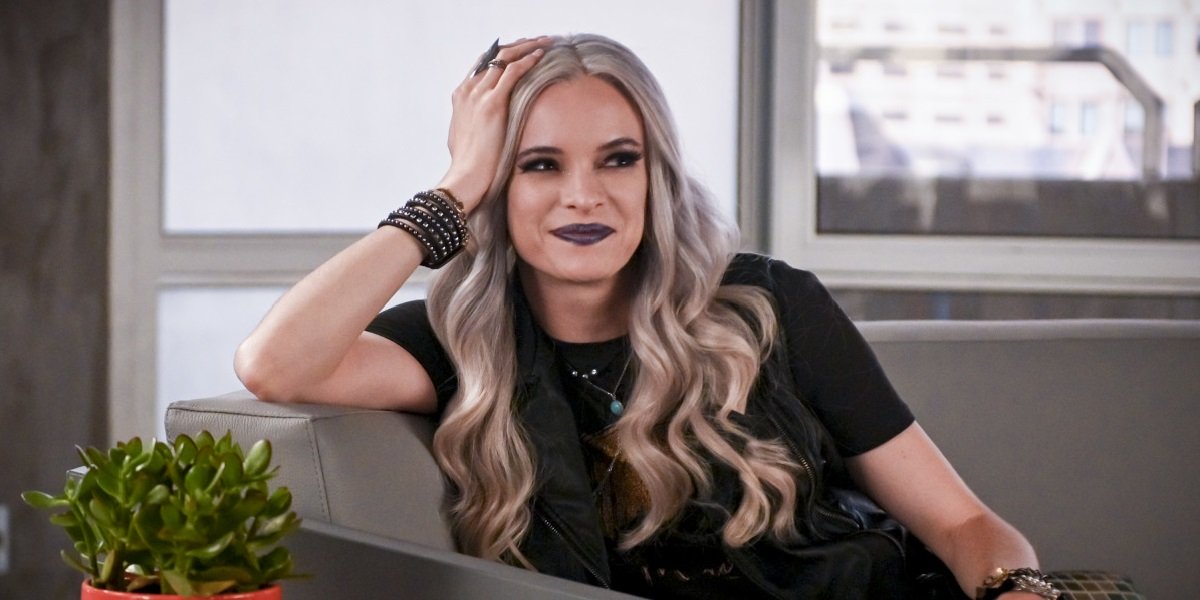 Danielle has not been active on her social media accounts since May 2020. The actress other than acting go for neighborhood walks and concentrates on her child. Danielle Panabaker is an inspiration for many people in the world. She has millions of fans who love her acting skills and the characters she does in the movies and television shows. 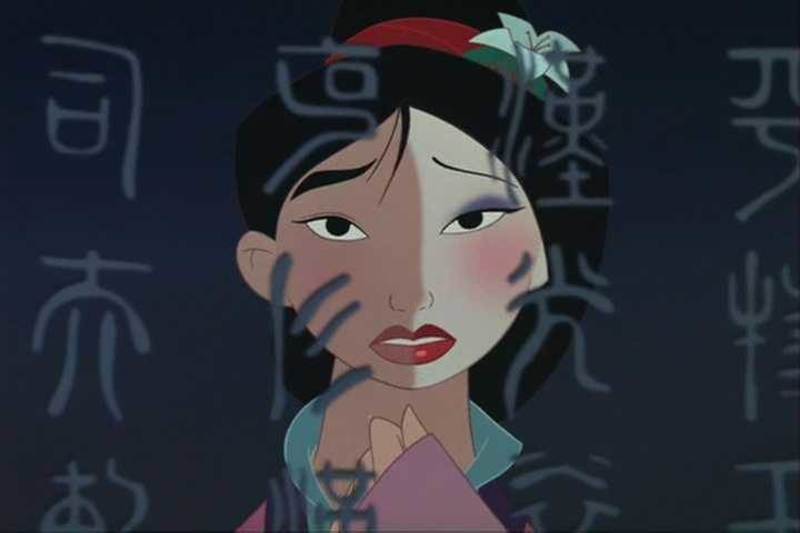 Get to know both the talented girls behind Disney’s Mulan 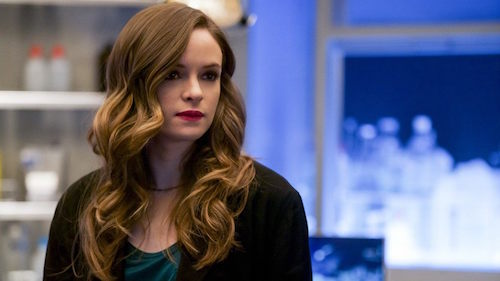 One of the Disney stars Danielle Panabaker moved towards success after starring in a Disney movie. She is an American actress who loved theatre as a kid. She studied drama and theatre and when she was 12 years old she goes into the theatre performances. She is a southern girl with southern manners. She is one of the most talented actresses. She has done several movies and TV shows. She has leadership qualities, she is smart.

She graduated at a young age. She has an interest in law, real estate, physics, etc. She struggled and developed the talent in her to reach where she is today. She is really interested in finance and acts maturely when it comes to business activities. Danielle has been acting since a very young age, she loved theatre. She has always been a bright student. 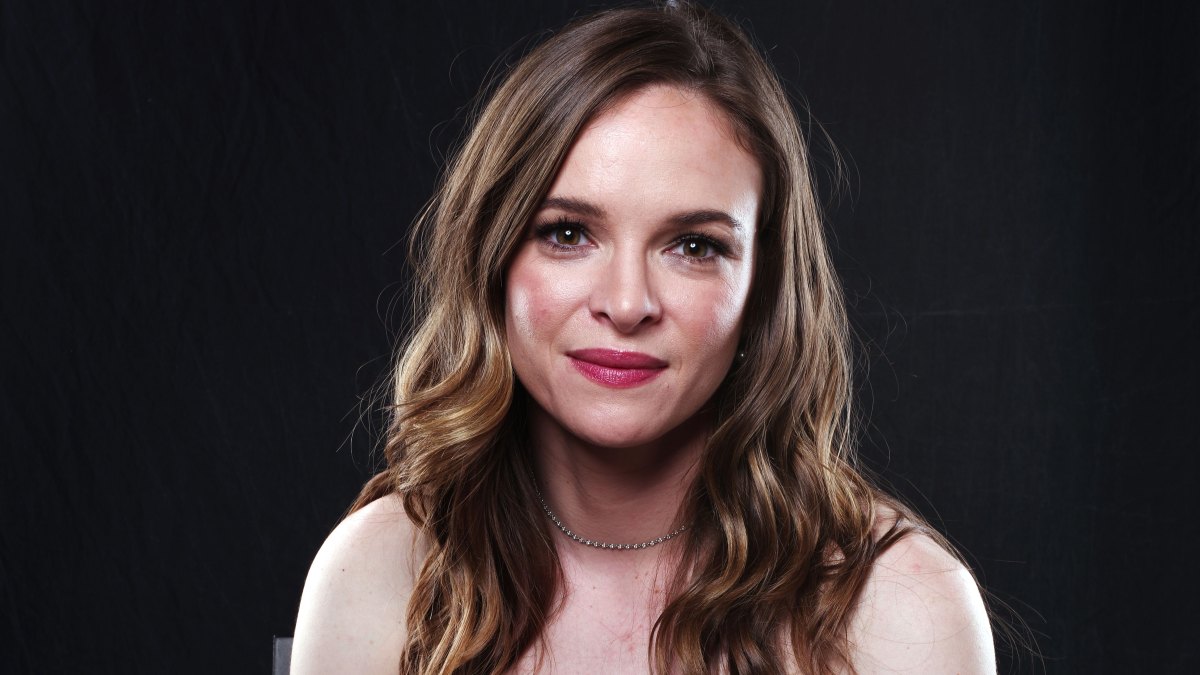 She initially started as a Disney star. She's an outgoing person who spends her days outside. She loves to eat healthy and organic food. She goes out for neighborhood walks. She was dating Hayes Robbins before they both got married to each other and recently had a baby in April 2020. She was nominated in teen choice awards several times and other than these, she won many awards from a young age. Panabaker has a thing for horror, thriller, and action movies. She loving, passionate and energetic. She's always on the go and spread positivity everywhere. She recently posted against racism. She is always fighting against negativity. She has millions of fans all over the world. She has more than 855,280 followers on Facebook and 3.7 million followers on Instagram.