What Is The TV Series "Arrow" All About? 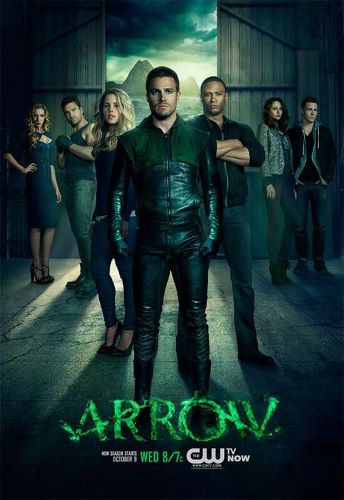 Who doesn't love a hero who wears a mask and goes around saving people in trouble? One of those heroes is Arrow, he's the star of the TV series, also named Arrow, that everyone is talking about. Have you seen it? Have we picked your curiosity and want to know more about it before you can go and binged on it? Then keep reading because we're going to tell you about it and about one of the most beloved characters in the series; Felicity Smoak.

So, what is Arrow all about? Arrow is the modern retelling of the DC Comic series the Green Arrow, which is a costumed crime-fighter created by Mort Weisinger and George Pap. The series is set in the "Arrowverse" with other related TV series, it premiered in the US on October 10. 2010 on The CW television network. It was filmed primarily in Canada and the 8th and final season premiered in October 2019. The final episode was aired in January 2020.

Arrow follows Oliver Queen, portrayed by Stephen Amell, a billionaire playboy who claimed to have spent 5 years shipwrecked on an island named Lian Yu located in the North China Sea. He returned to Starlight City to fight crime and corruption as a secret vigilante, and his weapon of choice was, what do know? the bow and arrow. Throughout the 8 seasons of the series, Oliver is joined by others to help him in his mission. He's joined by a former soldier named John Diggle, and ITT expert and skilled hacker Felicity Smoak, a former assassin Sara Lance, an aspiring vigilante Roy Harper, Oliver's sister Thea, and an attorney turned vigilante Laurel Lance. 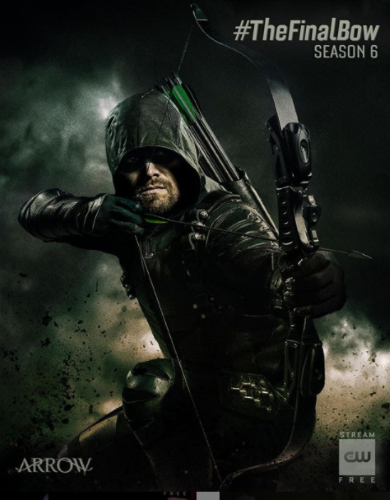 Oliver's mission throughout the series goes through some changes. During the first 3 seasons, he's set on helping the people in his city by honoring his father and his friends, but by the end of the third season, he realizes that for things to change he has to become something else. In the fourth season is when he realizes that to bring justice, his old approach is not enough, and that's when he becomes The Green Arrow. By seasons 5 and 6, he has become the Mayor of Star City, so now fights the war to save his city in two fronts: by day he's the Mayor, and by night he's The Green Arrow. However, due to a series of events, Oliver has to pass the Green Arrow mantle to his friend John Diggle for a while.

Then in season 7, after being a vigilante for 6 years and in order to save his city, he confessed to being the Green Arrow and is sent to Slabside (maximum security prison). He spent 6 months there and then upon his return (and to achieve his goal) he starts working alongside the police, and he also returns to being The Green Arrow. Ultimately, Oliver has to make the greatest sacrifice of all and dies to becomes something else again. All to save his city and the people he loves.

Who Was Felicity Smoak In The Series 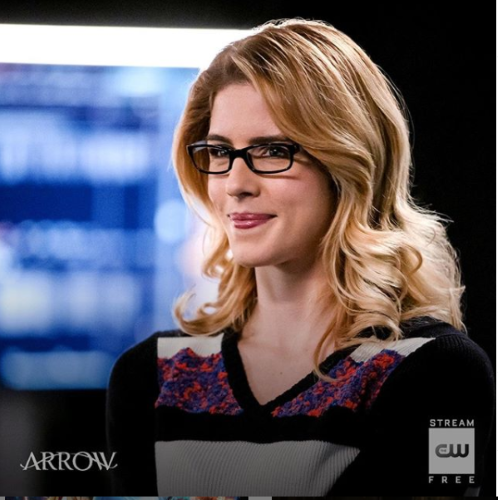 Among all the people joining Oliver in his crusade to save his city and find justice, one character has stood out since her appearance in the series during season 2. Felicity Smoak, played by Emily Bett Rickards, entered the Arrowverse and became a fan favorite. Who was Felicity Smoak and why was her role so important to Arrow? Felicity Megan Smoak was the daughter of Noah Kuttler and Donna Smoak, the widow of Oliver's dad. Felicity was technologically gifted, a computer genius, She became a member of Team Arrow, for a while she was CEO of Palmer Technologies, and the founder/CEO of Smoak Technologies.

Felicity and Oliver met while she was working for Queen Consolidated in the ITT department. Oliver asked her a lot of favors related to his vigilante activities and once she discovered his secret, she accepted to join Team Arrow (her code name was Overwatch) and that's where they fell in love. She endured many difficulties during the show, even being apart from Oliver but she always had his back. They married in an impromptu ceremony before he was sent to prison. After that, she and Oliver's son had to go into witness protection, and she worked as a barista for a while. While on witness protection she was attacked and decided to return to Star City to work on getting Oliver released. Once he was released and deputized she started working with the police too. 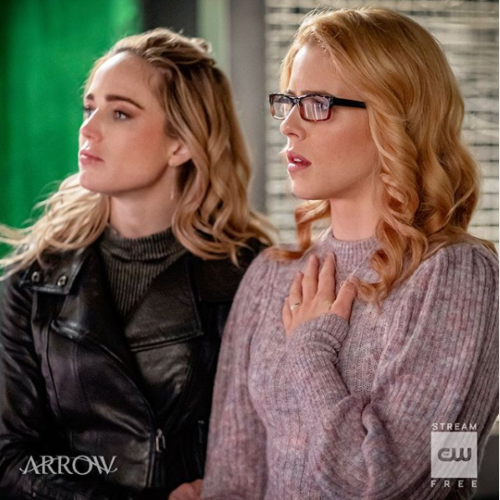 Her role in Arrow was important because even though she doesn't wear a mask and has no metahuman powers, she's the heart and soul of the team. She is the glue that holds the team together. What lead Felicity's decisions is the best interest of the team and the ones she loves. The fans respected her for that.

She's also a tech genius, her thought process is brilliant. So she has both a heart and a brain of gold, proving that in order to be a hero you don't have to have fighting skills or superpowers. She's kind of a role model, she's smart and savvy. Felicity is quick with a smile and never backs down even when faced with great dangers and/or impossible tasks.

Felicity held many jobs (all crucial to the plot). Apart from being a mom to William (Oliver's son), she was the analyst, the tech support, the coder, the decryption expert, and the hacker. Without her expertise, the team would have been lost so many times, physically and emotionally

Felicity was badass hiding under an innocent exterior. Her looks were deceiving and she used that to her and the team's advantage. She had the power of knowledge and she wasn't afraid to use it.

What Happened In The Series Just Before Felicity Left?

In Arrow's season 7 finale, Felicity Smoak officially retires from team Arrow. She and Oliver are forced to step down due to Emiko's machinations to end their lives and the life of their unborn child Mia. So when their mission concluded, they decided to step back and leave Star City for the time being, not forever.

Diggle takes Oliver and Felicity to a safe house used by FBI, CIA, and ARGUS agents and they start a life there. They live an idyllic life taking care of their children until all is interrupted by the arrival of The Monitor who takes Oliver away. There's a flash-forward in the timeline were Felicity says goodbye to William and Mia by Oliver's gravestone with these words. "I promised your father I will protect you both of until you didn't need me...It's time for me to go on a journey of my own."

She then walks alone and is taken away by The Monitor. He opens up a portal so she can meet with Oliver in the Arrowverse's version of the afterlife.

What Were Emily's Real Reasons For Leaving The Show?

It was reported in the midst of Arrow's season's 7 that Felicity, played by Emily Bett Rickards was not returning to the show in season 8. Why did Emily leave the show? First of all, the decision to leave was totally Emily's, it was not a creative one. After season 7 ended, Emily talked about her decision to leave Arrow because she wanted to take a break from television to do work in the theater.

Will Felicity Have A Comeback? 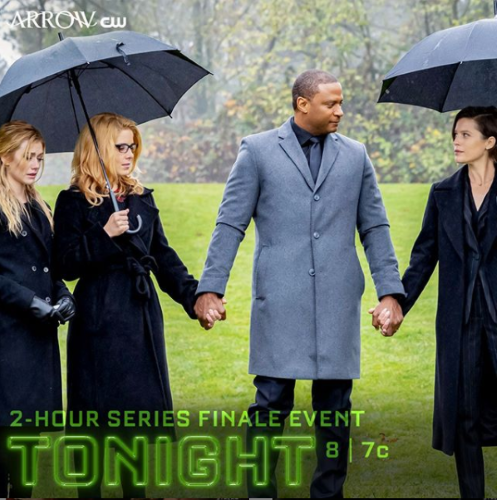 Fans had to endure Felicity's absence from season 8. Even though her character was not in the show, her presence was always acknowledged, so fans were wondering if she'll make a surprise appearance... the answer was yes. Stephen Amell (Oliver Queen), and Mark Guggenheim (consulting producer) made the announcement on Twitter on November 2019 that Felicty was coming back for the final episode of  Arrow. In January 2020, the CW released a photo from the show's finale in which the fans could see that indeed Felicity comes back from hiding to be in Oliver's funeral and also meet her grown-up daughter Mia. 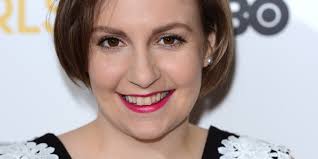 Actor Dylan Farrow, the daughter of Mia Farrow and Woody Allen has some interesting facts about her. Read on to know about her age, net worth, and movies.

Arrow was a fan favorite for the 8 seasons that it lasted. It introduced many beloved characters that won fan's hearts and one of them was, without doubt, Felicity Smoak. She was written as a one-episode character but thanks to her quirky and awesome performance (and the great chemistry with Oliver Queen aka Arrow), she became a pivotal character within the series. Her departure in season 7's finale was totally unexpected to the fans but luckily for them. she did a comeback to say a proper goodbye in the last episode of season 8.