What Role Is Hero Fiennes-Tiffin Most Know For? 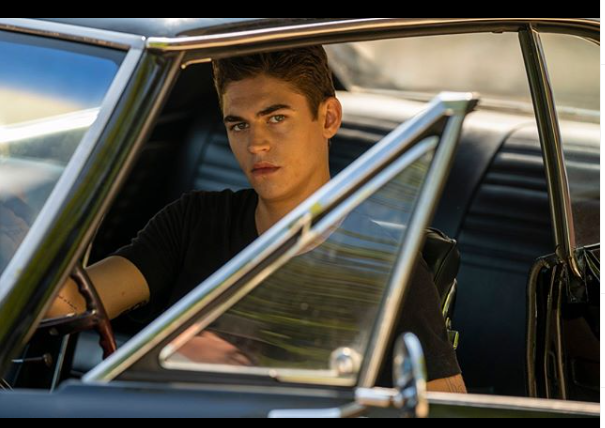 Have you met this moody new British actor? Are you familiar with Hero Fiennes-Tiffin and what the buzz is all about him? Well, he may be young but he has been acting and modeling since he was very young. He was born Hero Beauregard Faulkner Fiennes Tiffin on November 6, 1997. He's the son of film director Martha Fiennes and cinematographer George Tiffin. Actors Ralph and Joseph Fiennes, two well-known actors in Hollywood are his uncles. Two years ago, Hero's name may not have been well-know, but that has started to change since 2019 because he's been gaining a lot of attention (especially with the younger generation) thanks to his starring role in the movie After. Ring any bells?

In 2018, Hero was cast in the lead role of Hardin Scott in the movie After, which is based on the New York Times best-selling book with the same name written by Anna Todd. After follows the life of Tessa Young, played by Australian actress Josephine Langford, who is a dedicated student, a good daughter, and a loyal girlfriend to her high school sweetheart. She had many ambitions for her future but her guarded world changes when she enters her first college semester and meets Hardin Scott, a brooding and totally magnetic rebel, who makes her question everything in her life and stoles her heart.

Once the movie made its debut on April 19, things change for Hero and he became the fantasy of many young women around the world.

He started young with his acting career 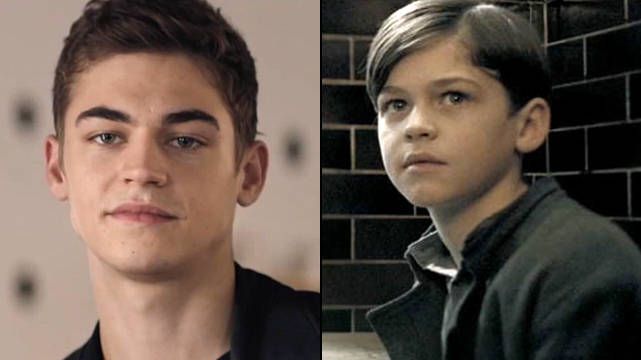 Are you a Harry Potter fan? Then maybe you remember Hero Fiennes-Tiffin from Harry Potter and The Half Blod Prince? When Hero was eleven he auditioned and was cast a young Tom Riddle. This cast was kind of obvious because hin uncle Ralph Fiennes played Voldemort... or that's what people may think but the film's director David Yates had very good things to say about Hero back then.

Yates said that while it was fortunate that Hero looked very much like his uncle Ralph, he cast him as a young Voldemort because he had a wonderful haunted quality that helped bring Tom Riddle alive on screen. The hero has carried this quality of tapping into the mysterious and darker side of a character into adulthood and it's something that he enjoys as an actor.

What Are Hero Fiennes- Tiffin's Interests?

Hero Fiennes- Tiffin has a very promising career as an actor and that's what he's been putting his 100% but following his parent's advice to always have a plan B (because things in the industry are not always great and things can fall through). So he's got other interests or things he would like to do (he did these jobs before he started taking acting seriously).

He was for a time in the food catering company, he also did a little landscaping and renovation of properties. Hero said it was all small scale but that is was a very interesting thing to do. Acting has work more than fine for now but he'll keep this interest on Plan B just in case. 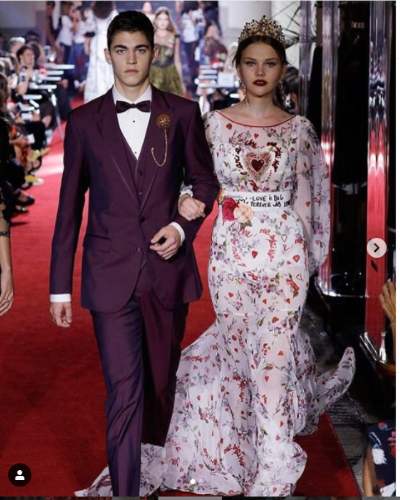 Hero Fiennes-Tiffin has been modeling for a while now and as you can see it comes kind of natural for him. The camera loves him and he has made many women swoon with his looks and attitude. Now he's been devoting his time to acting but he's done a lot of modeling too. When asked about it, he answered that since shooting a commercial or doing photoshoot for a brand only takes like two or three days and, for acting, he gets to do tons of auditions and it's not a given that he'll be cast. he decided to do some modeling in between acting gigs because he was given the opportunity, he liked it and it goes hand in hand with acting.

Hero likes modeling, he thinks is cool because he gets to travel a lot, he gets to wear cool clothes, and he gets to meet cool people. In 2019 he graced the covered of the Spring 2019 Prada Wonderland issue. He was also the star of an H&M film directed by Baz Lurhmann, and he got to walk Fashion Week, but he didn't like that at all, it was too hectic for him. Still, pretty cool uh?

Does Hero Fiennes-Tiffin Have a Girlfriend? 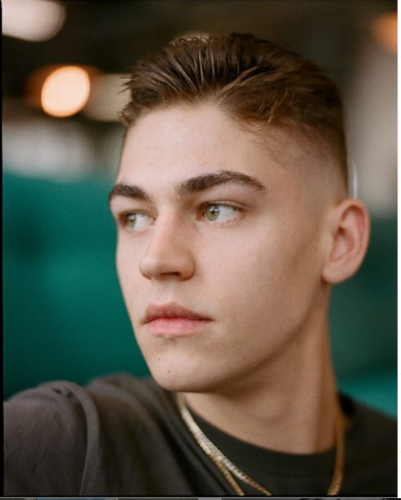 No, as surprising as this is, Hero doesn't have a girlfriend, though a lot of young women out there would be more than thrilled to be his other half. He was clear in this regard when asked in an interview (as you can imagine he gets asked this question A LOT), his answer was " I've never had, like, a proper relationship. I haven't had a girl I would call my girlfriend."

The questions about his love life are many and each time someone asks him, he dodges them and doesn't give a straight answer. All in all a good strategy.

Hero's happier talking about his friends, rather than his famous family

They call themselves the "M Boys", a group of 20 young men that grew up together and they stay in touch via a massive group text. He's also very close to this cousin Cheyenne, with who he likes to hang out. And he also has a very good friend named Ruby, who gives him recommendations about where to buy cool jewelry.

Once After was released and got the attention of millions of fans, Hero's popularity went off the roof and now he's recognized everywhere he goes. He was warned by Anna Todd (author of After) about the craziness once the movie hit the big screen but he didn't really believe her. But his view totally changed about a month after the movie's debut, because thanks to the amount of press and promotion, the fans were everywhere and it was a shock to him because they were so supportive and enthusiastic. Every time he and the crew landed in a place scheduled for promotions, the fans would be there in hordes, cheering him and the rest of the cast on.

What Should We Look Forward To In Hero Fiennes- Tiffin Acting Career? 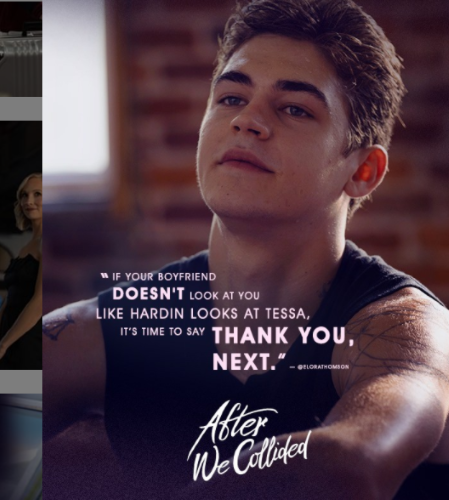 Hero Fiennes-Tiffin has just started his acting career but it seems that it's going to be a long one. As you know, he started his career at the young age of 11 when he landed a spot on a Harry Potter movie playing a young Voldemort. After that, he took a break from his acting career and return in 2018 as Fuller on a Netflix series named Safe. In 2019 he landed a part on a British series call Cleaning up as Jake, the boyfriend of the main character's older daughter.

He then was cast as Hardin Scott on After and things took a 360 degree for his career. The novel the movie was based on is a five-part book, the producers announce that there was going to be 3 more sequels. After We, Collided, which is the second part came out September of 2020 and the fans went crazier. Expect two more sequels in the future.

The Silencing, which is an upcoming thriller directed by Robin Pront is another project of Hero. Here he plays the lead role alongside Nicolaj Waldau (a hunter), and Annabelle Wallis (sheriff Alice Gustafson). The plot follows the hunter and the sheriff in their trail to hunt down a dangerous murderer. Hero plays Brooks, the troubled younger brother of the sheriff.

You can also expect to see Hero in Freedom's Path, an upcoming war drama directed by Brett Smith. In this movie, Hero plays Willam, a Union soldier who becomes a deserter after witnessing the horrors of war. He ends up in a camp where he befriends Kitch, a solider save by a group of African American soldiers, who helps William change his life of being a coward forever.

What Does Hero Fiennes-Tiffin Like Most About His Work?

Hero Fiennes-Tiffin has been cast so far, in characters that are complex and kind of mysterious and that is something that really appeals to him as an actor. He has said that those kinds of characters come naturally for him as he's kind of use to play them. But what he likes most about his work is all the possibilities of playing all kinds of characters. He stills has a lot to explore all his other acting abilities and that is something that excites him looking into the future.

As you already know, Hero comes from a very famous family. His mother is Martha Fiennes a famous English-writer director, she's sister to Ralph and Joseph Fiennes; and Hero's father is George Tiffin, a cinematographer. So as you can imagine his decision to going into acting had a lot to do with his family. Them being in the industry had an effect in the beginning and he wouldn't have considered it an option if he wasn't part of a family that's involved in the industry.

Related Article: Top 8 Hot British Men Who Are Single And Worth Following! 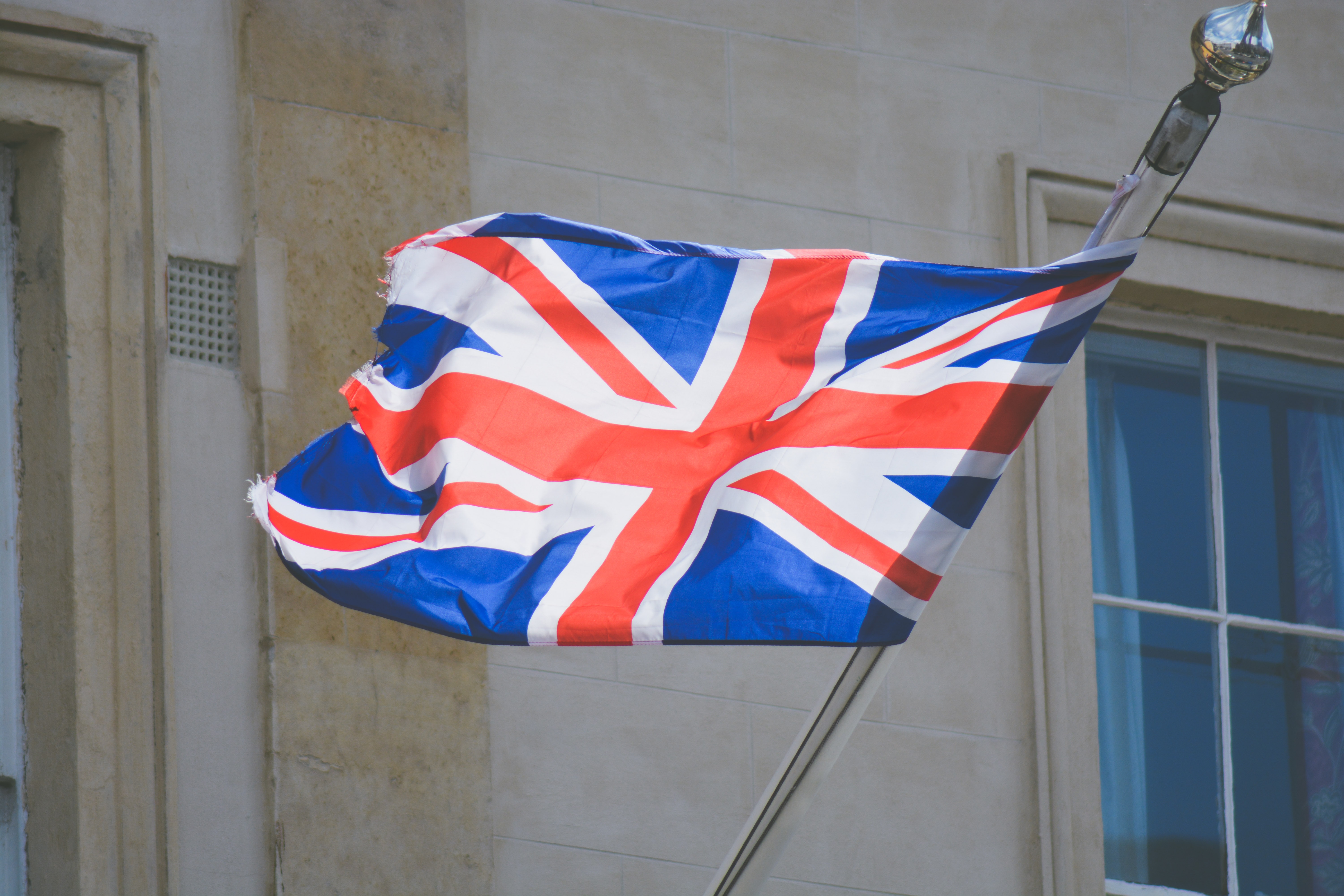 Swoon over these hot bods who are somehow still single.

Hero Fiennes-Tiffin has just started what seems to be a very promising and long acting career. For starters and for the delight of his fans, there's still much more of the mysterious and brooding Hardin Scott yet to come.