Margot Robbie is a gorgeous bombshell of our time, there’s no doubt about it. Everyone knows she’s got millions of male admirers, but she had to pick one, and she did! Sorry to be the bearer of bad news, but your favorite Harley Quinn actress, Margot Robbie, is in fact married.

Who Is Margot Robbie Married To?

This may come as a surprise to many of you, as her marriage isn’t as talked about as the likes of Blake Lively, or Emily Blunt. Mostly because she didn’t marry a guy that’s as famous as Ryan Reynolds or John Krasinski. 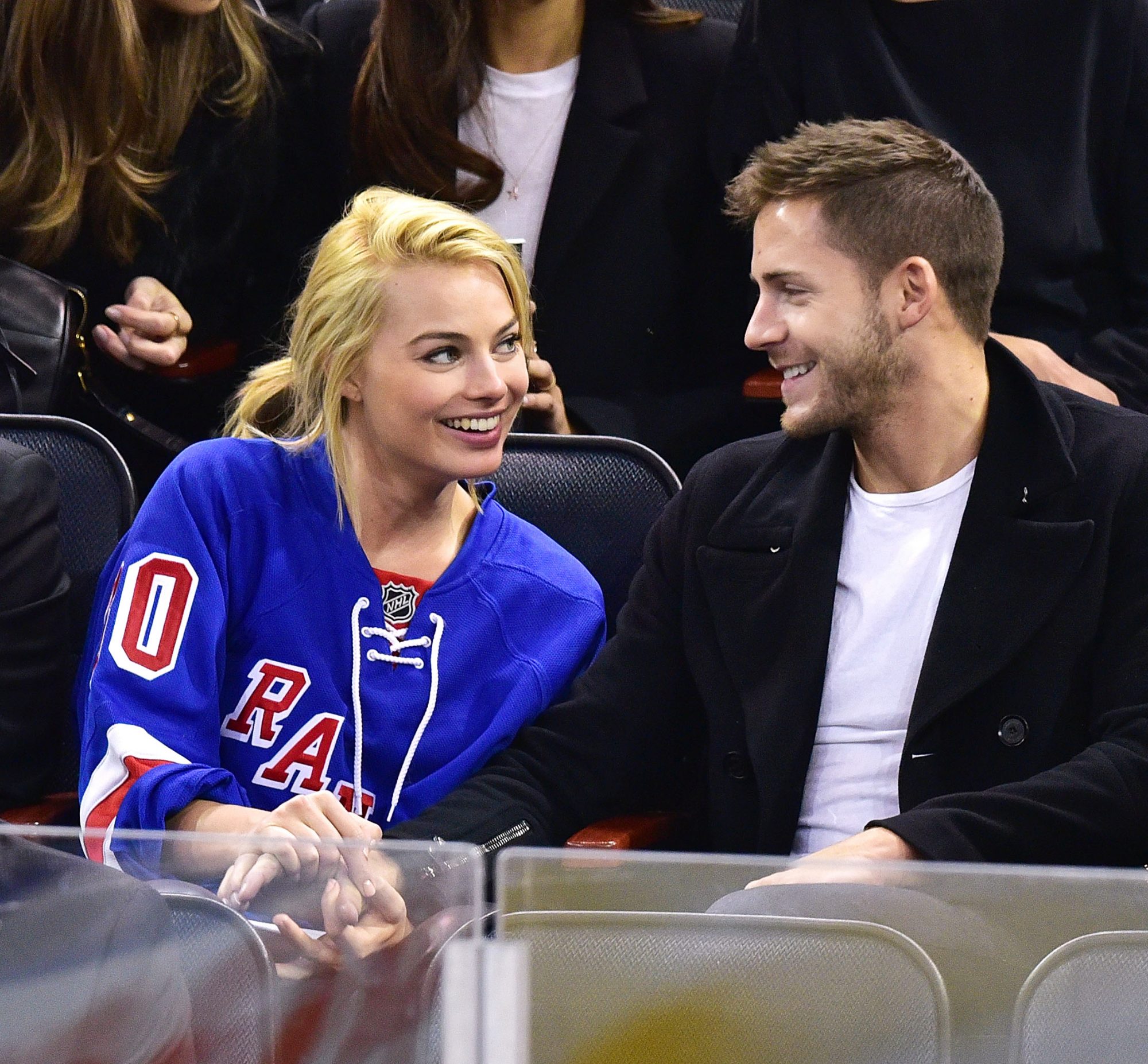 Robbie has been in a relationship with her husband, Tom Ackerley, since 2014, who she married in 2016. Yes, it’s been that long. They’re going to have their fourth wedding anniversary this December, as surprising as that may sound!

But, who is this guy? And, why haven’t we heard about him? What does he do? To find the answers to these questions, keep reading!

What Is Tom Ackerley’s Background?

Tom Ackerley is a handsome guy from Britain, who is good looking enough to be an actor himself! However, while still being in the filmmaking field, he chose to go the direct route. He was born in Surrey, on 1st January 1990, meaning that all his birthday celebrations are aligned with the New Year craze! 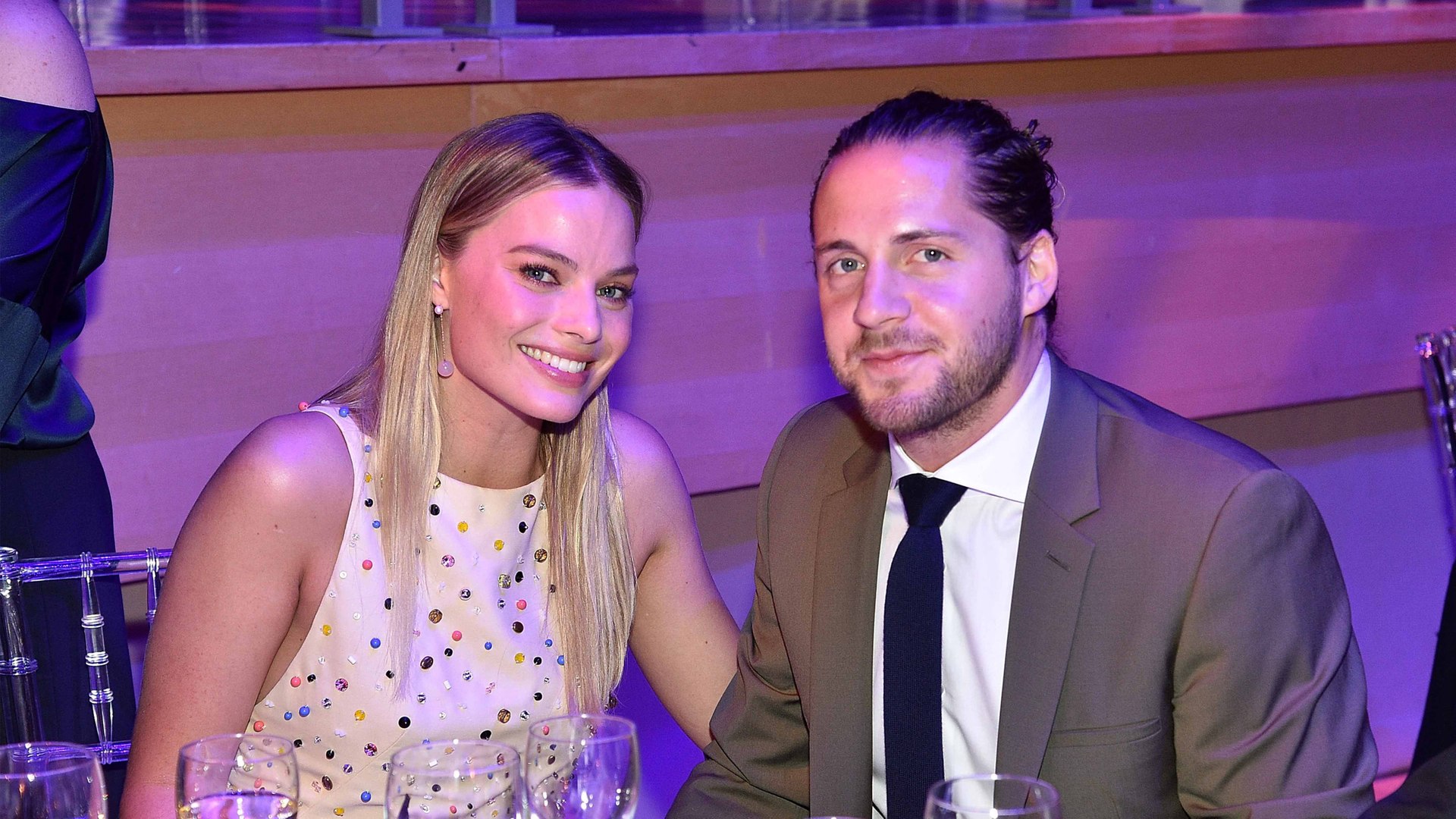 The blonde diva got into a relationship with him back in 2014, when he was the assistant director on one of her projects. We’ll share more details on how they first met in the latter section of the article. The pair later tied the knot in Australia’s Goal Coast on December 18, 2017, in a private ceremony.

What Is The Focus Of Tom’s Career?

Mr. Ackerley belongs from the same industry as his stunning wife, but remains behind the scenes, often as a producer or an assistant director. His CV is no joke, flaunting huge names like “The Two Faces of January”, “Macbeth”, and “Pride”. 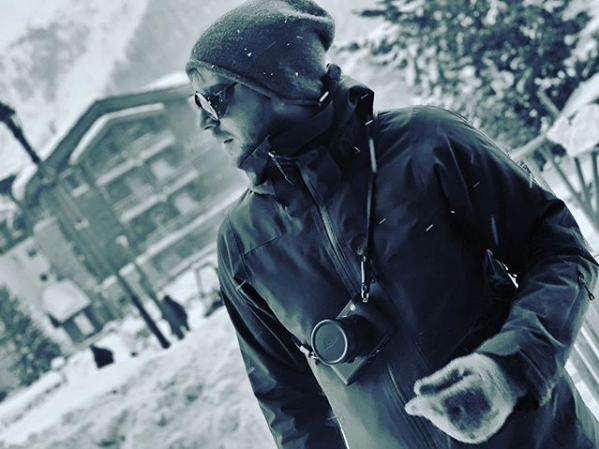 His recent successes happen to be in the latest hits of his wife, such as Margot’s ice-skating biopic “I, Tonya”, where she personifies the disgraced figure skater Tonya Harding. Another example of the couple’s recent mutual success is “Terminal”, a 2018 thriller.

“I’m a great advocate of doing business with your partner,” Robbie, referring to the production company they own together.

How Did Margot And Tom Meet?

Alright, let’s get into the juicy details of how the two love birds first met, and then slowly built up their romance in private.

It all began on the sets of 2013’s Suite Francaise, a project where Ackerley was the assistant director. Margot Robbie was seen portraying the supporting character of Celine. This was at the time when the Hollywood sensation was still just an up-and-coming actress. Suite Francaise was filmed before her fame skyrocketed with the release of “The Wolf of Wall Street”. 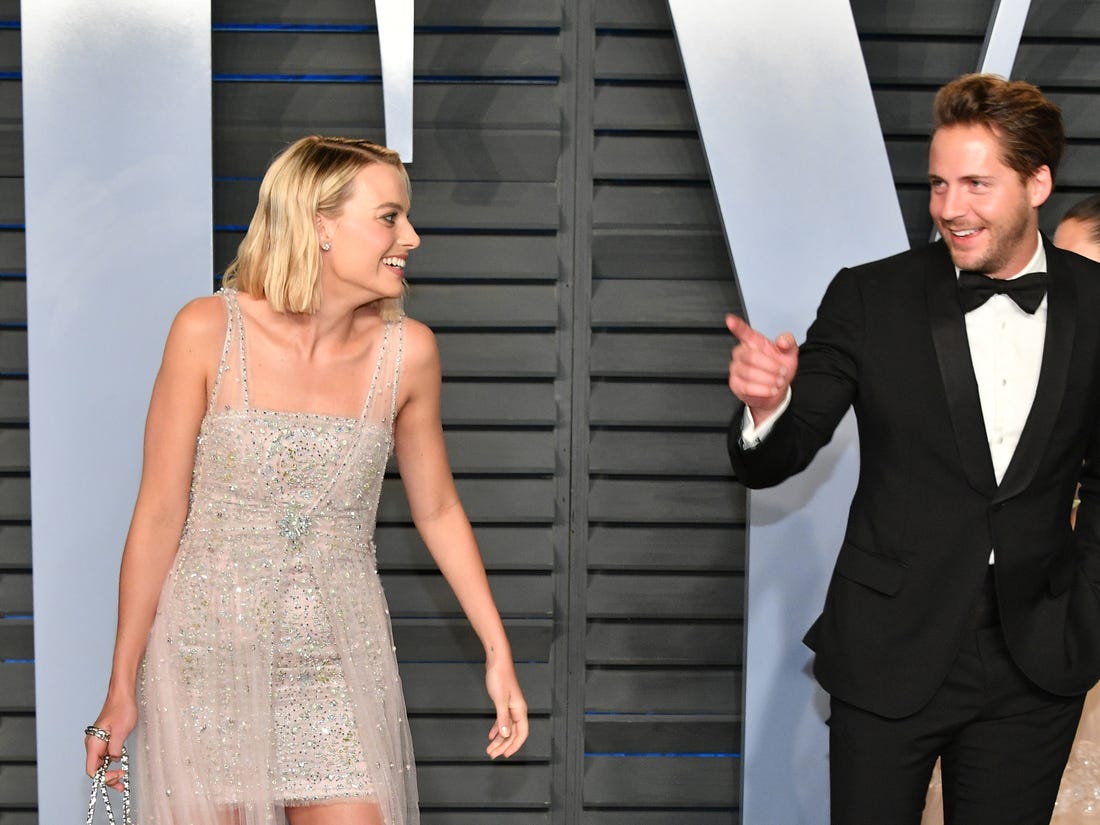 It may be hard to perceive, but Margot Robbie is the one who initially made moves on him and not the other way around! She actually had a crush on Ackerley for the longest time, believe it or not! Here’s what she had to say about her initial feelings in an interview with the US Vogue;

“I was the ultimate single gal. The idea of relationships made me want to vomit. And then this crept up on me. We were friends for so long. I was always in love with him, but I thought, “Oh, he would never love me back. Don't make it weird, Margot. Don't be stupid and tell him that you like him.” And then it happened, and I was like, “Of course we're together. This makes so much sense, the way nothing has ever made sense before.” - Margot Robbie

If there’s one lesson to learn from all this for men out there; it’s that never underestimate your chances with anyone, even if it’s one of the world’s hottest women – as crazy as that sounds! Who knows, maybe she’s into you? That sure happened to Tom Ackerley, AKA the luckiest man alive.

How Is Margot And Tom’s Married Life Now? 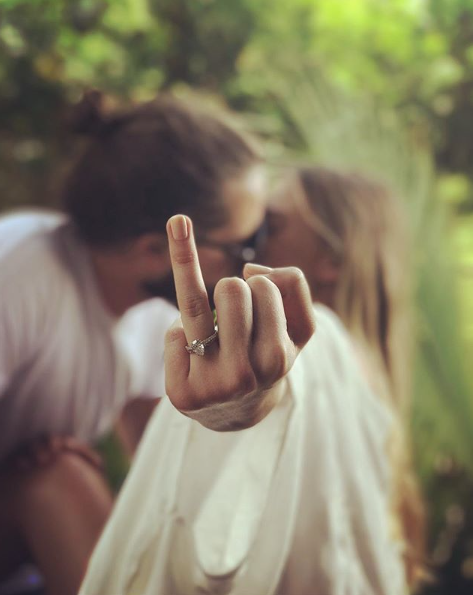 Though the ceremony was private, the news of their marriage became official through an Instagram post from Margot Robbie, displaying the two embracing each other, as Margot shows off her ring!

As for their married life together, they used to reside in a large 5-bedroom house in Clapham. The place was described as ‘kind of a frat house vibe’ by Margot’s Tarzan co-star, Alexander Skarsgård. The couple would reportedly be spotted pretty frequently on Clapham Common, as well as partying it out at nightclub Infernos. They’ve always lived with each other as best friends, and it’s there for people to see.

Later, the couple one-upped on the whole house situation, moving out into their own place in Shepherd’s Bush, living in a luxurious $2.7 million dollar house in LA.

Margot Robbie and Tom Ackerley have a production company of their own, called Lucky Chap Productions. It’s just the dreamiest possible way that a couple can spend their lives together, and we couldn’t be happier for them!

Margot Robbie’s Quotes About Her Relationship With Tom Ackerley 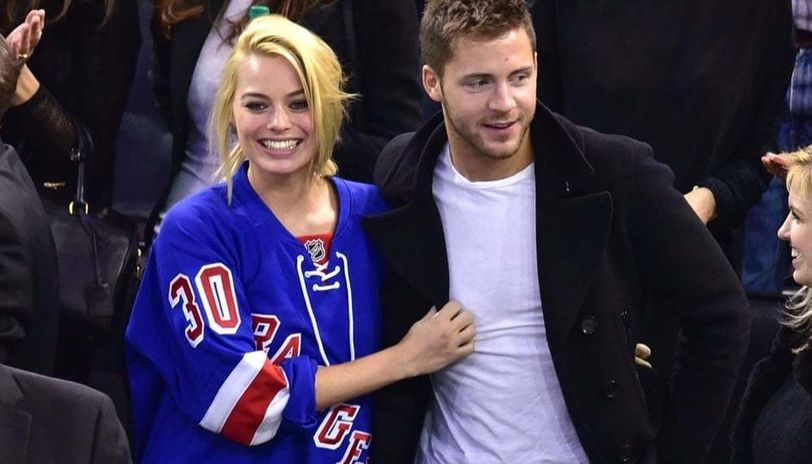 3. Once, actually, I came home after being away for ages and he’d filled the entire freezer with all my favorite ice creams. It was the most romantic thing. I was, like, you know me inside and out! - Margot Robbie

4. “Being married is actually the most fun ever, life got way more fun somehow.” - Margot Robbie

5. “If I’m looking into my future 30 years from now, I want to see a big Christmas dinner with tons of kids there. But definitely not at the moment. That’s 100 percent certain.” – Margot Robbie

When Will Margot Robbie Have Babies? 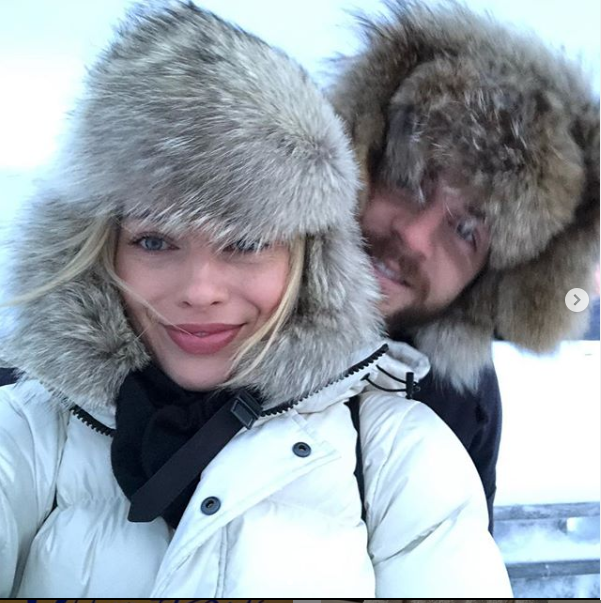 The actress has been asked that question a good few times already, and she’s been quite agitated with the perceived notion of having babies right after marriage. Here’s what she had to say about it in an interview;

"I got married, and the first question in almost every interview is, 'Babies? When are you having one?' I'm so angry that there's this social contract," Margot said. "You're married, now have a baby. Don't presume. I'll do what I'm going to do."

Well, make of that what you will, but our guess is, there aren’t going to be any more additions to their family any time soon.

Looking Into His Social Media, What Are Tom’s Interests Outside The Film Industry?

Tom Ackerley is a guy with a varied set of hobbies, and he’s got a lot of them! Judging by his Instagram alone, he’s seen enjoying all sorts of activities like golfing, surfing, skiing, shooting ranges, marathon running, and whatnot. On top of that overwhelming list of pastimes, he’s actually a huge dog enthusiast! 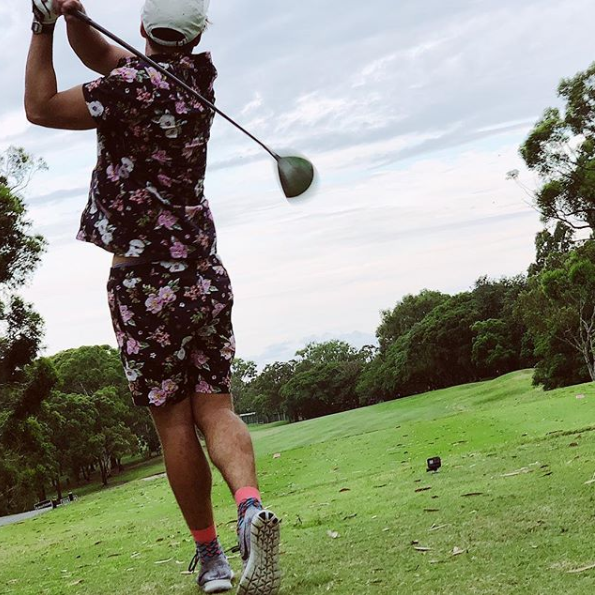 2. He loves going surfing with the boys 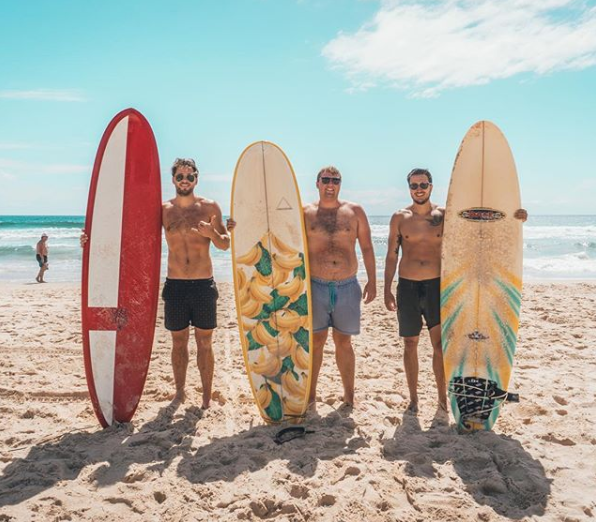 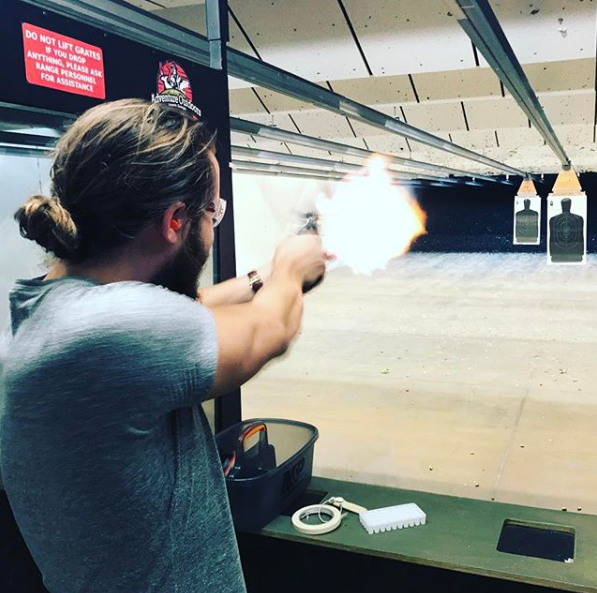 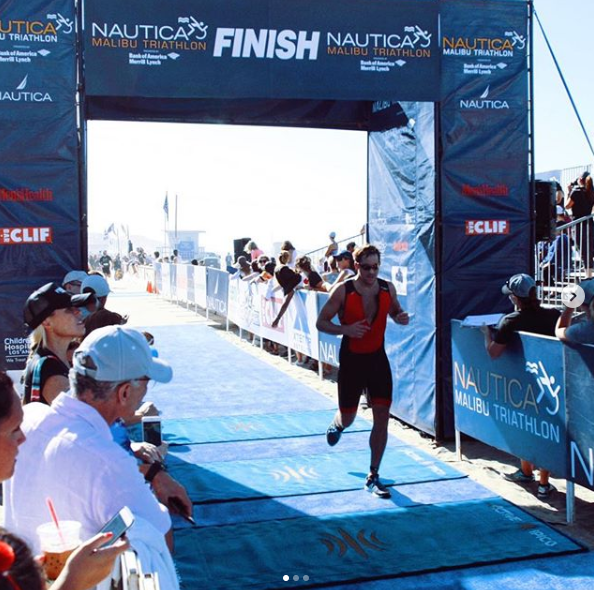 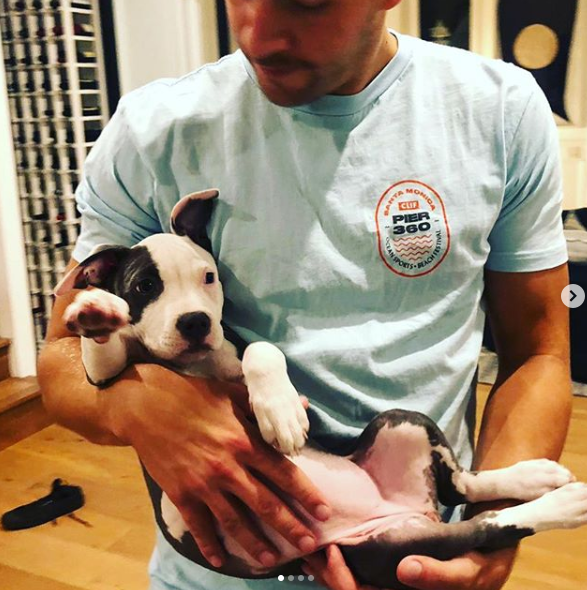 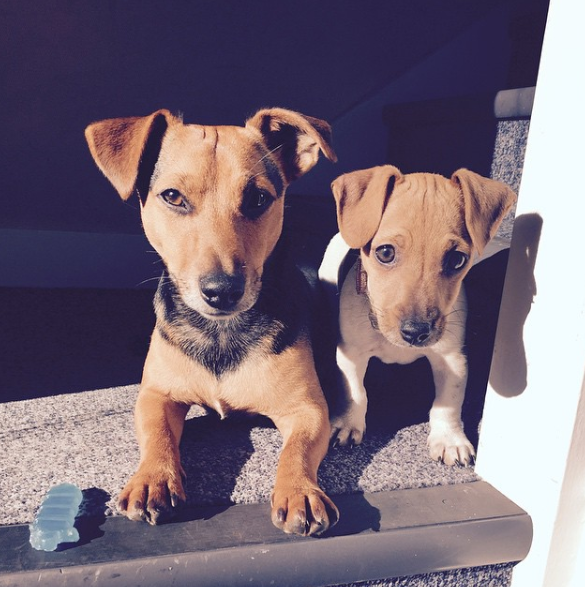 Margot Robbie even went on a rant about his love for dogs in an interview, telling us how it's slowly turning into a problem! She said;

“Three days ago my husband stopped by a dog shelter on the way back from the airport, and we now have a pit-bull puppy. We already have a two-year-old [dog] who still acts like a puppy. I love him but he’s a handful, and for the last three days I haven’t slept. I’m like, ‘We’re fostering her for the week,’ and my husband’s saying, ‘No! We’re keeping her.’ And I’m saying, ‘We absolutely cannot, and if anything, you are now cementing in my mind that we cannot have kids. I can’t cope with two puppies, let alone children!’

What Should We Look Forward To With Tom? 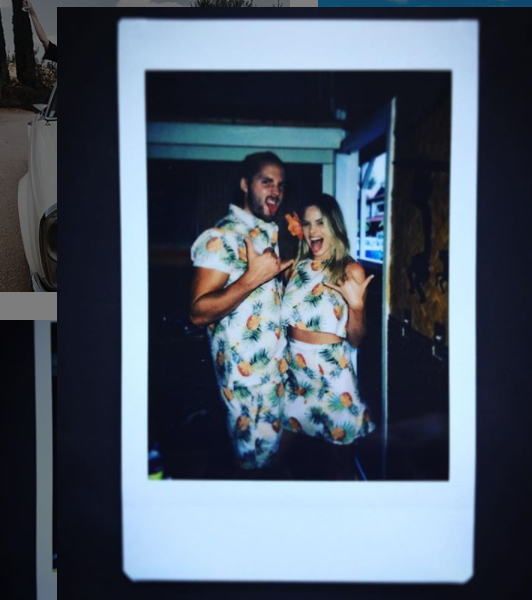 Tom Ackerley, having already achieved a great deal in his 30-year life span, is set to conquer more impressive achievements in the film industry. With several major successes already under his belt, in the form of Macbeth, The Two Faces of January, Pride, I, Tonya, and Terminal, his career can only climb higher!

Their production company in Los Angeles, ‘Lucky Chap Production’, is also set to bear fruit with creative masterpieces in the near future, as it’s got one of the most talented couples of Hollywood as its owner. 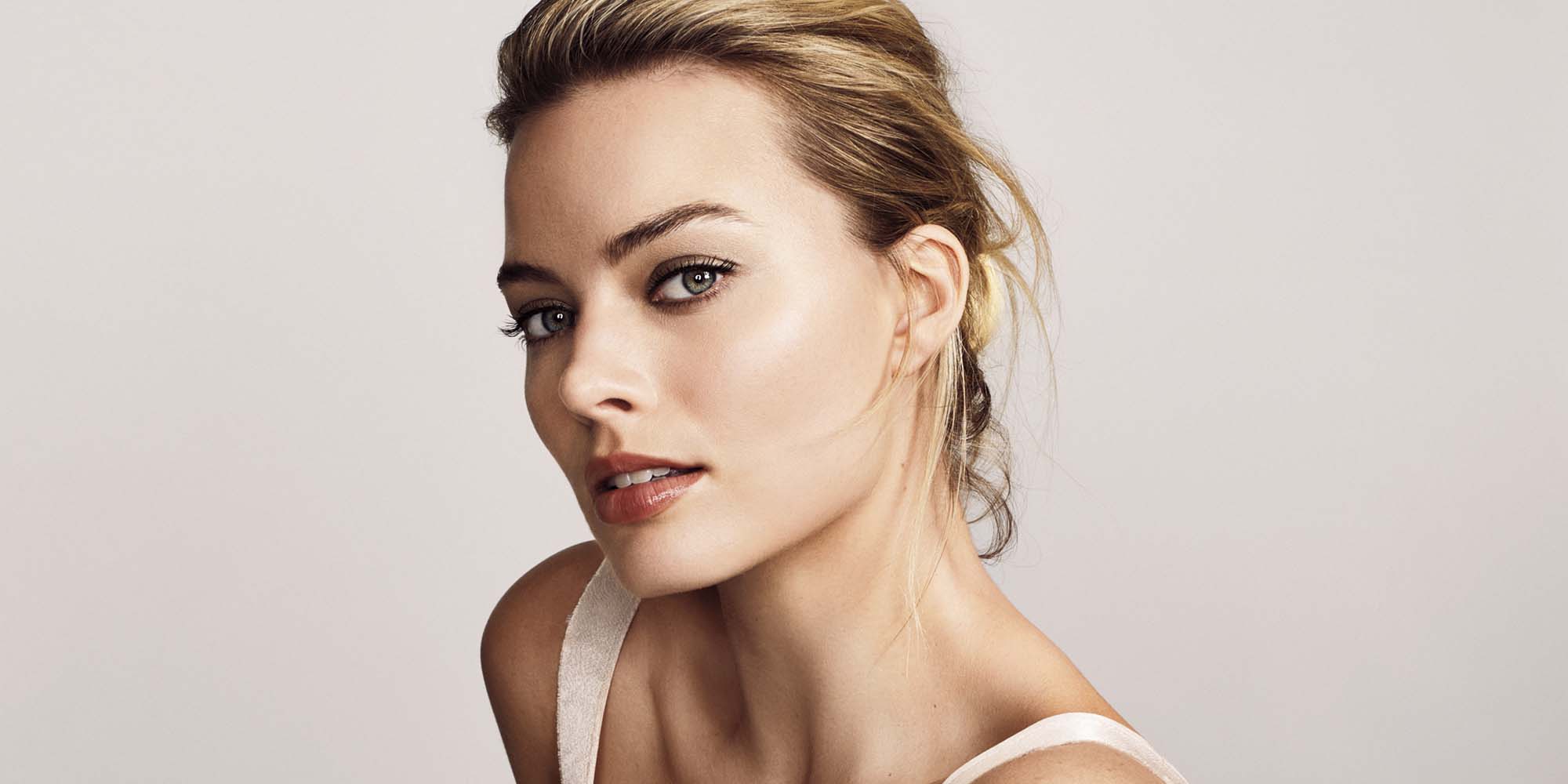 Margot Robbie is beginning a successful career at the young age of 27. Her net worth is growing more every day and she continues to win hearts from all over. 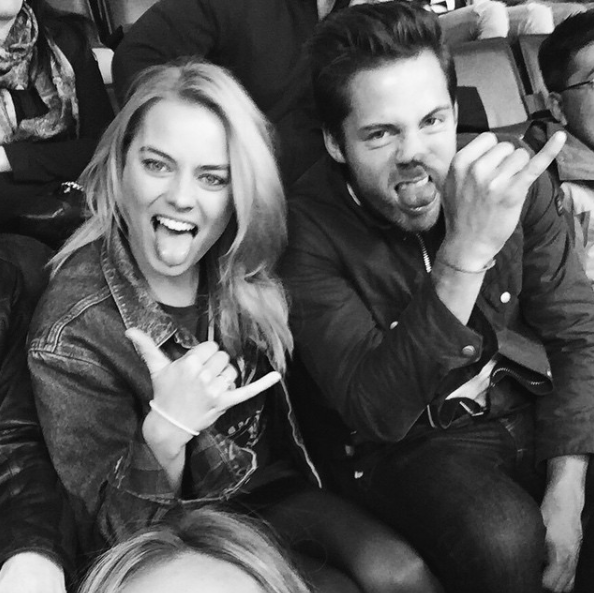 There’s a lot to learn for us from the relationship that Margot and Tom share. What it all essentially boils down to, is the influence two people can have on either other’s lives, and how they help each other in being happier! The two of them go super well with each other, and understand each other inside out – and that’s what marriage is all about.

It’s about partnering with each other for the rest of your life, to take on life as a team, and coming out victorious, loved, and happy. We wish them the best for their future together, and hope to get just as lucky as them!