Her given name at birth is Anne Celeste Heche. She was born in Aurora, Ohio to Donald and Nancy Heche on May 25, 1969. Anne Heche and Ellen DeGeneres reportedly had a civil union in Vermont, until their breakup in 2000. After the end of that relationship, Anne Heche has dated only men. She has been married once to Coleman Laffoon, with whom she had one child named Homer Laffoon. This marriage ended when Anne Heche left Laffoon for her co-star on Men in Tree, James Tupper. Laffoon took Anne Heche to court and won primary custody of their son. In the meantime, Tupper and Heche discovered they were pregnant with their son Atlas Heche Tupper. During her divorce, Anne Heche was ordered to pay child support to her ex-husband. In 2008 she reportedly declared she could no longer afford to pay because her bank accounts only had roughly $35,000 in them. Her current net worth is $16 million.

Anne Heche does not have the closest relationship with her family members. Growing up she had four siblings, three have since passed away and Anne is still estranged from her mother, Nancy Heche, and sister, Abigail. The relationship with her mother is strained due to Anne Heche's accusations of sexual abuse from her father when she was younger. Anne Heche wrote a memoir detailing her experiences, Nancy Heche denies that any of them are true which has caused the distance between her and her daughter.

What we your July 4th plans? How about spend it with us and listen to Six Days, Seven Nights! #HarrisonFord #SixDaysSevenNights #indianajones #starwars #starwarsfan #indy #hansolo #allisonjanney #westwing #anneheche #amysedaris #friends

Starting out, Anne Heche made appearances on shows like Murphy Brown and O Pioneers! She continued her career through college and even after, working in commericals and supporting roles. Anne Heche worked on films like Volcano and I Know What You Did Last Summer. Anne Heche's breakout role came in 1998 when she starred alongside Harrison Ford in Six Days, Seven Nights. She was a New York journalist who found herself stranded on a desert island with Harrison Ford after a crash. It was around this time that her relationship with Ellen DeGeneres became public. Anne Heche felt that because of her personal life, she was unable to find leading female roles, but this did not deter her from conintuing her acting career.

Anne Heche picked up a lot of work in the television world, where she had recurring roles on TV shows like Ally McBeal, Everwood, and Nip/Tuck. She started working on her own series, Men in Trees, in 2006. The TV shows' premise was a New York author who moved to Alaska after discovering her fiance was cheating on her. It was in this show that she met her current partner, James Tupper.

Anne Heche and her partner James Tupper both starred on a TV show called Aftermath. This show was a post-apocalyptic drama that followed a family of five as they navigated the different natural disasters. Alongside these disasters the family also had to figure out how to deal with the rise of supernatural beings. Despite the promising storyline, the show Aftermath was not renewed for a second season due to unfavorable reception. Critics described the show as having little character development or bonding between family members. Then Anne Heche landed the role of Jeffery Dahmer's mother, Joyce Dahmer in the film, My Friend Dahmer. The movie details the high school life of the serial killer Jeffery Dahmer. My Friend Dahmer debuted in the 2017 Tribeca Film Festival. 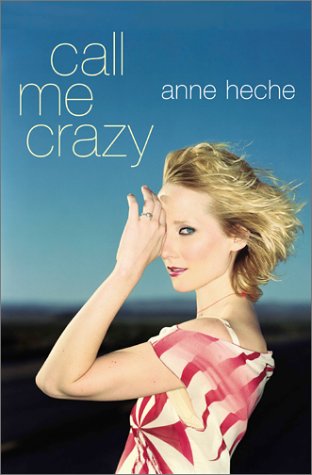 In 2000 Anne Heche had an incident that many claim to be​ a psychiatric breakdown. Anne Heche drove from LA to just outside of Fresno, California and walked 1 1/2 miles through the desert to a strangers' home. She proceeded to knock on the door and ask for some water, a shower, some slippers and to watch a movie with the homeowner. The homeowner, Araceli Campiz, had recognized Anne Heche from her role in Six Days, Seven Nights. She assumed that Heche would attempt to call for help but when she did not, she ended up calling the police herself. It was determined that Anne Heche was not drunk or ill but she did later admit to taking ecstasy. When the police arrived she informed them that she was, "God, and was going to take everyone back to heaven in a spaceship." Anne Heche was transported to the hospital and admitted to the psych unit, only to be released a few hours later. Anne Heche claims that she was sexually abused as a child by her father which has been a trigger for her mental breakdowns as an adult. The details of her experiences are found in her memoir Call Me Crazy. She stated that as a child, she had created an alter ego whom she called Celestia. Celestia was her way to escape reality and enter into a fantasy world where she was the daughter of God. Today, Heche has put her alter ego aside and has recovered from her mental breakdowns. Despite her struggles, Anne Heche has had a successful career as an actress and continues to have a promising future in blockbuster movies.