Gina Alexis Rodriguez, born on July 30, 1984, in Chicago, Illinois, is an American actress of Puerto Rican origin. She is one of "top 35 Latinos under 35," and she was also named the "next big thing." Gina is definitely on the rise. Rodriguez not only captured our hearts with her smile, talent or beauty but with great charm, positive attitude and incredible self-awareness. The Latino actress is not bashful to confer her upbringing or the media portrayal about the Latinos. She has always been a proud Latina. She has never let the view of others to define her. She offers powerful words that are sure to inspire all people:

I am not defined by the fact that my parents speak Spanish or that my skin color is brown. I am defined by my character and my character is a strong woman that's independent, that's following her dreams. That wants a family that wants to succeed just like anybody else in the world."

She has always been inspiring and motivating in every possible way. She has always sent the message that celebrities are human just like every other person on earth. Recently, she has admitted that it took 11 years to pay off her student loans, proving that she is one among us.

"I just paid it off, This is actually super dope... I would never change it for the world but, yes, it took me way too long."

The more you know about Rodriguez the more you will fall in love with her. 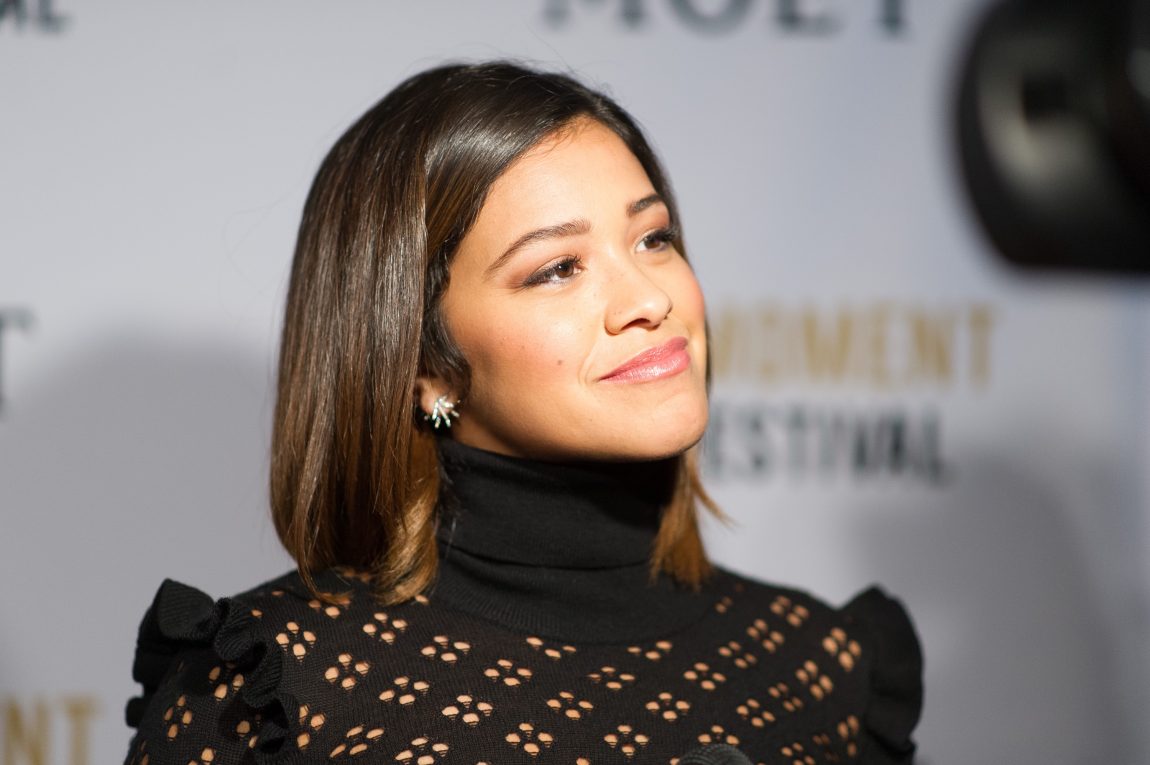 Gina Rodriguez is the youngest daughter of Magali and Genaro Rodríguez, a boxing referee. Her dad has been her greatest inspiration, and he made sure that she stayed motivated and inspired.

'Every morning, my dad would have me look in the mirror and repeat, 'Today is going to be a great day; I can, and I will."

She has two sisters, and the three of them were raised in the Belmont Cragin neighborhood in Chicago's Northwest side. Her older sister, Ivelisse Rodriguez Simon, is an investment banker and her middle sister, Rebecca is a doctor. Rodriguez has always made sure that life is all about living happily and that family is all that matters. She has even quoted that her sister is her hero.

Throwback to my birthday and always celebrating the fierce woman I am lucky to have around me. Thank you @wayfair for giving me a place to laugh with my ladies. #sp #wayfairhome

Rodriguez, at the age of seven, performed with a dance company, Fantasia Juvenil, and continued dancing until the age of 17. She was among thirteen teenagers to be accepted into Columbia University's Theatrical Collaboration at the age of 16. She started to work on her passion right from the start.

She landed a spot in the soap opera series "The Bold and Beautiful" in a recurring role, and she quickly climbed to the top. Her wonderful performance in "Filly Brown" took her to the top; she won many awards and many hearts. Rodriguez is well known for her character Jane Villanueva in the series "Jane the Virgin." Rodriguez has played roles in many movies, but her most notable roles are in "Deepwater Horizon," "Filly Brown," and "Sleeping with the Fishes." "Deepwater Horizon" received positive reviews and was nominated for Favourite Dramatic Movie at the People's Choice Awards, USA. She has received many awards and the most notable are an Imagen Award, an ALMA award, a Young Hollywood award, a Golden Globe award, a Gold Derby Award and many more. She has joined the casts of "Annihilation" and "Ferdinand" which are yet to be released. "Annihilation" is a science fiction-horror film to be released in February 2018. "Ferdinand" is an animated movie to be released by the end of this year, based on the children's book, "Ferdinand The Bull." She has revealed that her dream is to play a superhero. Let's hope her dream will come true. 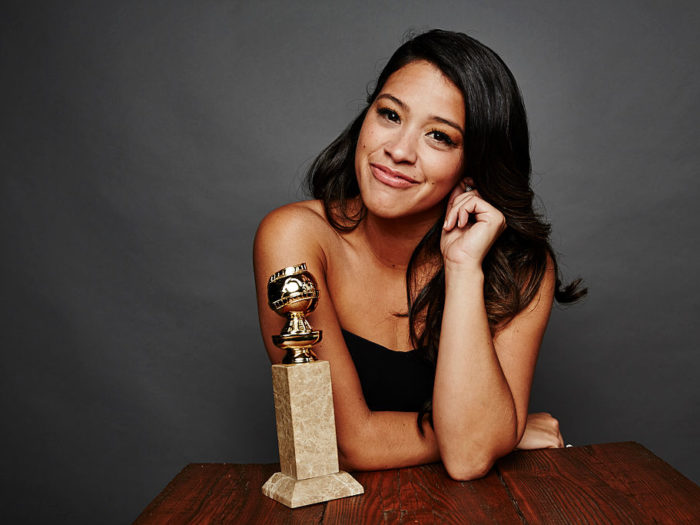 At the age of 19, Rodriguez was diagnosed with Hashimoto's disease. She was broke and lost hope of becoming an actress. She then won her battle by channeling her negative thoughts into positive action.

Rodriguez tries to stay healthy, and after 14 years of struggle, she looks back with a lot of hope and positivity. She has also revealed that she suffers from anxiety when she is makeup free. She tends to get nervous when she faces the world without any makeup. All her candid talk has made us fall in love with her even more.

"I suffer from anxiety. And watching this clip I could see how anxious I was but I empathize with myself. I wanted to protect her and tell her it's OK to be anxious, there is nothing different or strange about having anxiety and I will prevail. I like watching this video. It makes me uncomfortable but there is a freedom I feel maybe even an acceptance. This is me. Puro Gina."

4. Gina Rodriguez is a Humanitarian

Rodriguez announced herself as a member of Hispanic Scholarship Fund; it is a non-profit organization which supports Hispanic American Higher Education. In Rodriguez's household, education was always considered a high priority.

"Get an education. The one thing that nobody can take away from you is your education."

She has always been a face for kindness, prevention of bullying, acceptance and respecting one another. Rodriguez raised money for The Parent Advocacy Coalition for Educational Rights, an organization which enhances the quality of life and creates opportunities for children. Rodriguez uses her Instagram #MovementMonday which supports Latino actors/actress and to showcase positivity, strong values and encourage others. She created the WeWill Foundation for supporting the low-income households and the struggling female in the US. Rodriguez teamed up with LunaBar to overcome gender inequality and wage gap by using social media.

Gina Rodriguez is currently dating Joe LoCicero; she has found her new love, and that is to be celebrated. Joe played a small part in 'Jane the Virgin.' Rodriguez has confirmed that she met him in a gym in 2016 and they've been dating ever since. Rodriguez has recently posted on Instagram about her "King," Joe LoCicero, and we can see her gushing over her love.

To my king. I love you. Happy birthday. #sexiestmanAlive

Things to Learn From Rodriguez

Rodriguez has never withheld her confidence and has always achieved great things with persistence. Her level of determination and positivity is simply amazing and that we must try and incorporate a few of these qualities in our lives as well. Gina Rodriguez has taught us that we need to accept ourselves for who we are and not let the society define us. Gina Rodriguez has all the qualities of becoming a role model.