It all began with an awakening 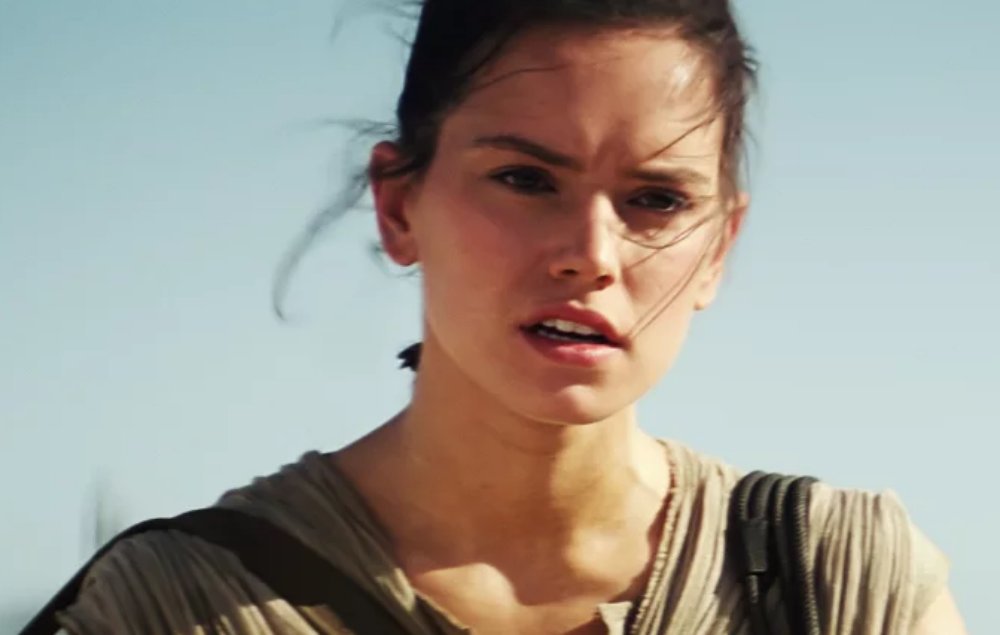 A new Jedi Hero for all generations

Daisy Ridley was a virtually unknown actress before December 18, 2015. On that day, in a moment - well, in 136 moments, to be exact - Ridley went from being an unknown actress to being the new lead in the world famous Star Wars franchise. As the newest Jedi to go from being untrained, unknown, and unaware of what she was capable of, Rey would win over the hearts of new fans as well as old. As a relatively unknown actress, Daisy Ridley would go from obscurity to stardom with the levels of fame one movie could bring to her life. There are people who can take or leave Star Wars movies, and there are people who live for them. They immerse themselves in the world of the movies, books, and all things that have been spurred by the success of Star Wars, and they are devoted to the actors and actresses that bring this world to life for them. In one job, Daisy Ridley became the new obsession for people who are fanatical in their love of the Star Wars world. She has since admitted she had no idea what she was getting into, which is one of the things she discusses in this month's Vogue.

“Everything was so confusing,” she told Vogue. “People were recognizing me—I still don’t know how to handle it. My skin got really bad because I was stressed. It was crippling. I just felt so seen and so self-conscious.”

From Star Wars to Vogue 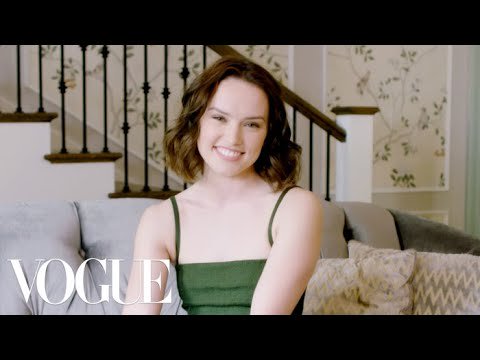 Daisy Ridley never envisioned what Star Wars would do for her life, as she details in this month's Vogue. She was the November Vogue Cover girl in anticipation of the release of the next film in the Star Wars saga next month - Star Wars: The Last Jedi. Ridley goes into what it's like to play Rey as well as how her life has changed since becoming the new leader of this much-beloved franchise. Ridley does not hold back in the interview, much like she doesn't hold back in her performances onscreen. She talks about being confused at the speed with which fame hit her, as well as feeling like she was losing herself. She is open and honest that she had to seek professional help, seeing a therapist to deal with the impact this all had on her life. She spoke not only about those issues but also about her fear that after the rave reviews of her introductory performance that she would be unable to live up to the hype in the ongoing saga. She said that she just recently began feeling comfortable with all the changes that have happened to her since that fateful release 2 years ago. With the impending release of The Last Jedi, she and her co-stars will be appearing all over press junkets. Ridley appears to be dealing with this pretty well, though her emotions did come forward when speaking of some of the best advice she received, which happened to come from the late and great Carrie Fisher. 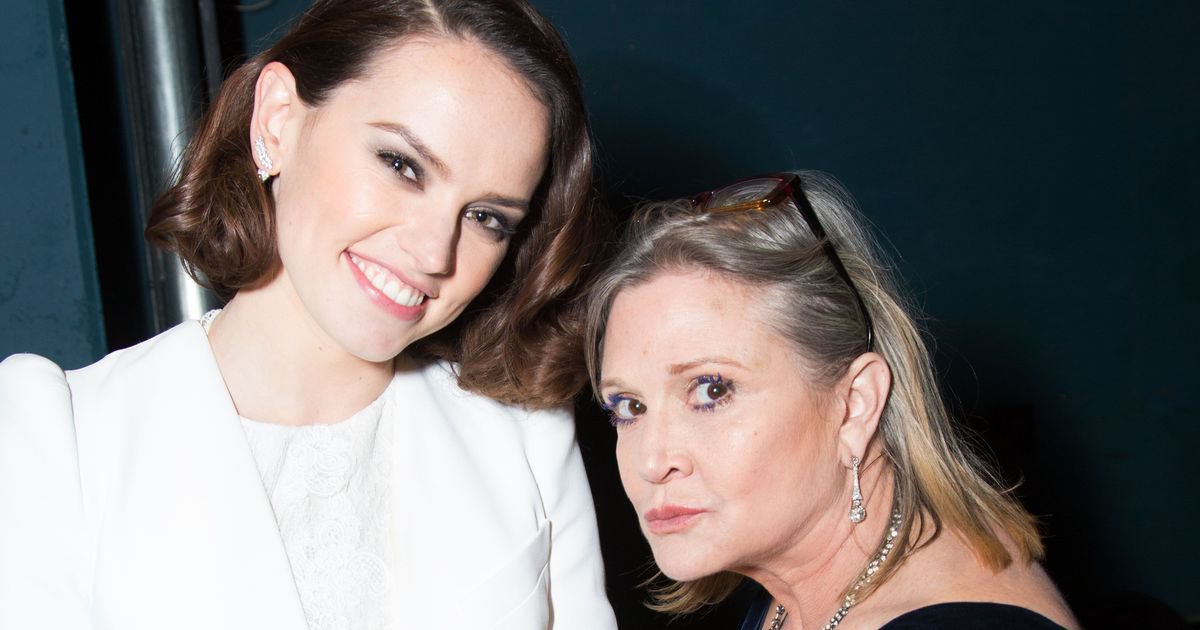 Before Fisher passed away, she tried to help guide Daisy Ridley through the maze of Star Wars and still having a personal life.

It was Fisher who warned her that it was hard to date once you became a Star Wars star, “because you don’t want to give people the ability to say ‘I had sex with Princess Leia.’ ”

Carrie Fisher was what many call Daisy Ridley's predecessor in Star Wars as the famed and much loved Princess Leia. Speaking of Fisher was when Ridley seemed most unable to control her emotions with the Vogue interviewer. She is said to have to hold back tears while speaking about Carrie Fisher and laughs about the dating advice Fisher gave her in her patented blunt way. Fisher told Daisy Ridley that dating would be different, and not necessarily easy after becoming the face of the Force. Fisher's own long and checkered personal life has been well documented throughout the past couple of decades. It is no surprise then that her advice was focused mainly on keeping her life as private as she can. If there is anything that makes relationships more difficult, it is never knowing if people are with you for you, or because you were in Star Wars. To this day that advice is something that Daisy Ridley still holds close to her heart, and follows to the letter. She will not comment on whether she is dating or not. If rumors are brought to her, names, anything she will simply not comment on any aspect of that part of her life. This seems to be part of how she is dealing with the craziness of her life since 2015, and will hopefully help her through the next whirlwind that is sure to happen now that there is a new Star Wars movie coming out. 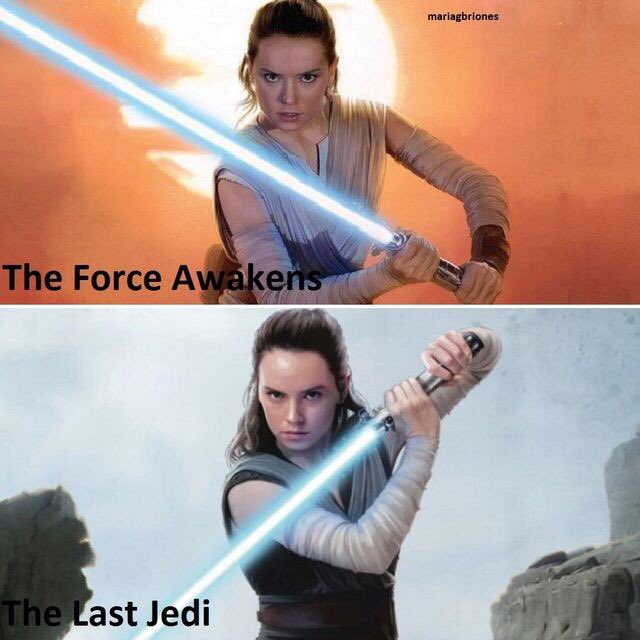 Daisy Ridley as Rey throughout the movies

Obviously, the main focus of Daisy Ridley's Vogue spread was the upcoming Star Wars movie. Though Disney and the Star Wars universe are, as always, holding the details close to their chests, the excitement throughout Star Wars fans grows with every day the release gets closer. Hopefully, since Daisy Ridley's return to the screen as Rey is greatly anticipated, fans will see all of their dream fulfilled and Ridley will be able to achieve her goal and live up to the expectation set by her first Star Wars performance.