A Star is Born

The name on the birth certificate of the man who would go on to become Star Trek's much beloved Captain Kirk? Christopher Whitelaw Pine. Over time he shortened it to Chris Pine - sounds better, right? August 26, 1980 in Los Angeles, California is when and where Chris Pine made his first entrance. His Father, Robert Pine was on the popular television show CHiPs, playing Sergeant Joseph Getraer, while Pine's mother Gwynne Gilford was also an actress, though she was not as well known. Pine's mom would eventually leave the world of acting for a psychotherapist practice. Chris Pine's sister also has some credits to her name - you can see Katherine or Katie Pine in the CHiPs '99 movie alongside their father, in an episode of Rhonda from 1998 and you can hear her in the 1997 video game Heavy Gear. It is not surprising that the Pine family was immersed in acting - it went back to his grandmother. Chris Pine's maternal grandmother, Anne Gwynne enjoyed much success, would be a popular pin-up of the World War II era, and later became known as one of the founding "scream queens" for her numerous appearances in early horror films. 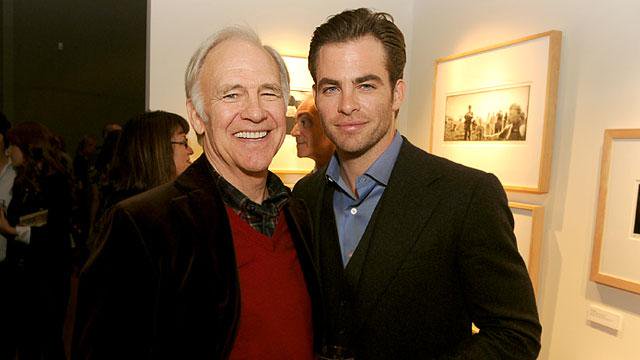 Chris Pine here is with his Dad, Robert Pine who is best known for his role on televisions CHiPs

Though it is clear now that Chris Pine was also destined to join the rest of his family in front of the screen, it was not a given when he was younger. As a young boy, Pine was more interested in sports then life in front of a camera, though he could often be seen on sets with his parents. Pine did not choose to follow his family's path in front of the camera until he went to college and took some acting classes while there. He would go on to graduate with a degree in English Lit from the University of California, Berkeley. Chris Pine did not get to jump right into the coveted world of feature films, even with his family's acting pedigree. Pine started out on television, taking bit parts on the shows that launched many a career including ER, CSI: Miami, and The Guardian. It was clear that he was not destined to be contained on the small screen for long however, and Chris Pine had not only the chops but the looks that destined him to make the leap into leading man. He began his career opposite Anne Hathaway in the sequel to her breakout role - The Princess Diaries 2: Royal Engagement.

Chris Pine - A Star still at the beginning of his life

From Royalty to Space and Beyond

In 2004 Chris Pine's sparkling blue eyes and chiseled face was larger than life in his first rom-com lead role as the initial foil turned true love Nicholas Devereaux to Anne Hathaway's Mia in Disney's hit Princess Diaries series. The movie had a mixed reception with both the public and critics, but Pine was a universal hit. He had the look, and even with the limited script potential his inherent talent shone through. He would return to the rom-com genre 2 years later in Just My Luck, opposite Lindsay Lohan. Pine would not be confined to this world however, and branched out in a huge way with a follow-up to these in the 2007 crime movie Smoking Aces in which he played not only a true villain, but a neo-Nazi. 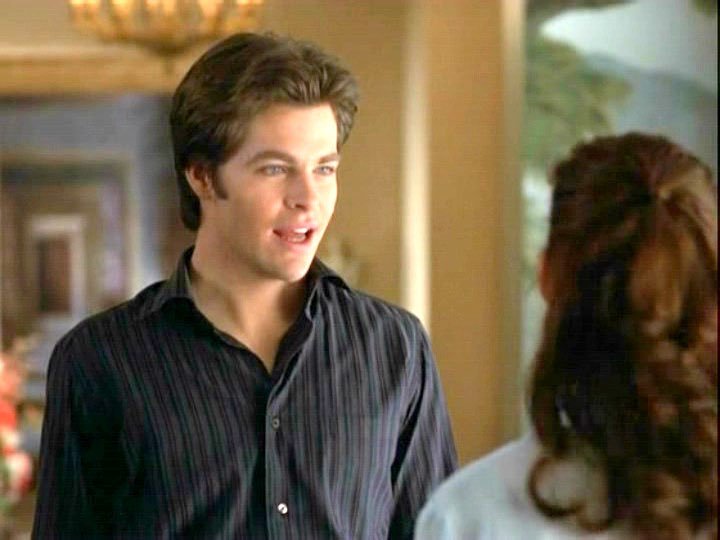 Pine as Nicholas Devereaux in The Princess Diaries 2: Royal Engagement

Chris Pine landed what many would consider the role of a lifetime in 2008 when it was announced he would take up the helm of the Enterprise, and step into the shoes of Captain James Tiberius Kirk. With a lot of pressure on Pine and co-stars Zachary Quinto (Spock) and Zoe Saldana (Uhura) to live up to the short lived but cult classic television series (and accompanying movies), the 2009 release of the movie was highly anticipated. Thanksfully, audiences and critics alike were impressed, and the movie was an instant success. A sequel in 2013 got the green light once the movie was accepted. All 3 actors came back for the next installation: Star Trek Into Darkness. Pine has been vocal on not being all that into Star Trek before landing the role, but coming around to it once he got into working on the first movie. He knew from the start that these were deeply loved characters, with a passionate cult fan-base, and he set out to do right by them. That is what many point to as the reason they easily accepted him as the new Captain Kirk.

Star Trek' scared me a lot more than 'White Jazz.' It terrified me, really. Because of the scale, the responsibility, the fact that it was this iconic character. It was the bigger challenge, so I had to take it.

The success of Star Trek led to many opportunities for Chris Pine. In 2010 he starred alongside long time Hollywood heavy hitter Denzel Washington in Unstoppable, a thriller from director Tony Scott. He would return to the rom-com genre in the 2012 rom-com/action mix This Means War as part of a love triangle with Tom Hardy and Reese Witherspoon. Pine followed that up the next year with the titular role in the Kenneth Branagh directed Jack Ryan series based on the popular and successful Tom Clancy series of the same name. 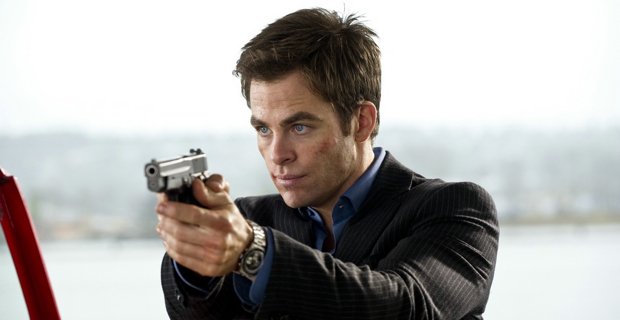 Pine has kept busy, culminating in this summer's Wonder Woman release. This was yet another highly anticipated film, and Pine has been vocal about his support of more woman in positions of power. His role in the movie is as Steve Trevor, the Army spy who stumbles upon the Amazon island of Themyscira and its Amazonian woman warriors, led by Hippolyta - the mother of Diana Prince who would become Wonder Woman. Pine was moved by the fact that at the center of this dark war story, the way to enhance Wonder Woman's power was with sacrifice and love. ****SPOILER ALERT**** Though Pine's character died in the film, sacrificing himself to protect the allied forces, his own team and Diana Prince herself, many hope the DCEU will find a way to bring him back for the already in production Wonder Woman 2.

Net worth, dating rumors and more

Things don't seem to be slowing down for Chris Pine. He is at the height of his career, fame, and fortune. However, being at the apex of Hollywood comes with its ups and downs. He has a net worth many would dream of, his choice of projects to work on, a group of loyal fans who have dubbed themselves the "Pine Nuts" and a clear path that will lead to even greater heights. On the downside, everyone talks about his net worth - to him, behind his back, around him. They compare him to all the other Chrises in Hollywood - specifically in superhero movies - currently. They talk about his possible girlfriend, his lack of girlfriends, if he is gay, because he doesn't have a current girlfriend. He has been linked to model Amanda Frances, Sofia Boutella and Jennifer Garner. As for this last one, both Jennifer Garner and Chris Pine have been consistent in their denials. With the ups and downs, it may be frustrating for a man who has tried to remain private, but the fact that he is loaded probably takes some of the edge off that pain. After all, latest estimates put his net worth at $20 million! Chris Pine is an actor who seems to enjoy his craft, is good at it and wants to leave the world better then he left it. 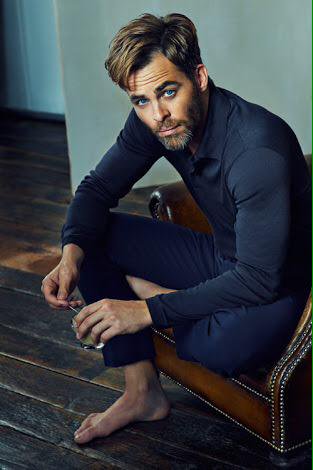