Swiss snowboarder Nevin Galmarini as been on a long ride to get to 2018 Winter Olympic Games. Galmarini first made his mark on parallel giant slalom, an underrated Olympic event where snowboarders race downhill, darting between large gates, in 2009 when he was just 20 years old. At the 2009 Swiss nationalships, Galamrini became the Swiss champion in the event and this was his stepping stone towards the 2010 Winter Olympics in Vancouver. Unfortunately he didn't touch the podium that year but four years later, in Sochi at the 2014 Winter Olympics, he got a few steps closer to a gold medal. While he didn't bring home the gold, he did take second in the parallel giant slalom at the age of 27.

In PyeongChang, Nevin Galmarini was dead-set on taking home that gold medal. Done in bracket style, Galamrini won all of his races by less than half a second and in the finals, he faced South Korean Lee Sang-ho. With a .43 margin, Galmarini crossed the bottom of the slope first finally earning the gold medal he has always longed for.

After the 2018 Olympic Winter Games, Galmarini had a couple weeks to enjoy his gold medal and spread the joy on his Instagram and Facebook. He had a huge welcoming celebration in his home city, Ardez, Switzerland though Galmarini certainly wasn't the only one excited about the bling he was wearing around his neck.

„Happiness only real when shared.“ - Christopher McCandless On my way home. I look forward to see you 🙌🏼 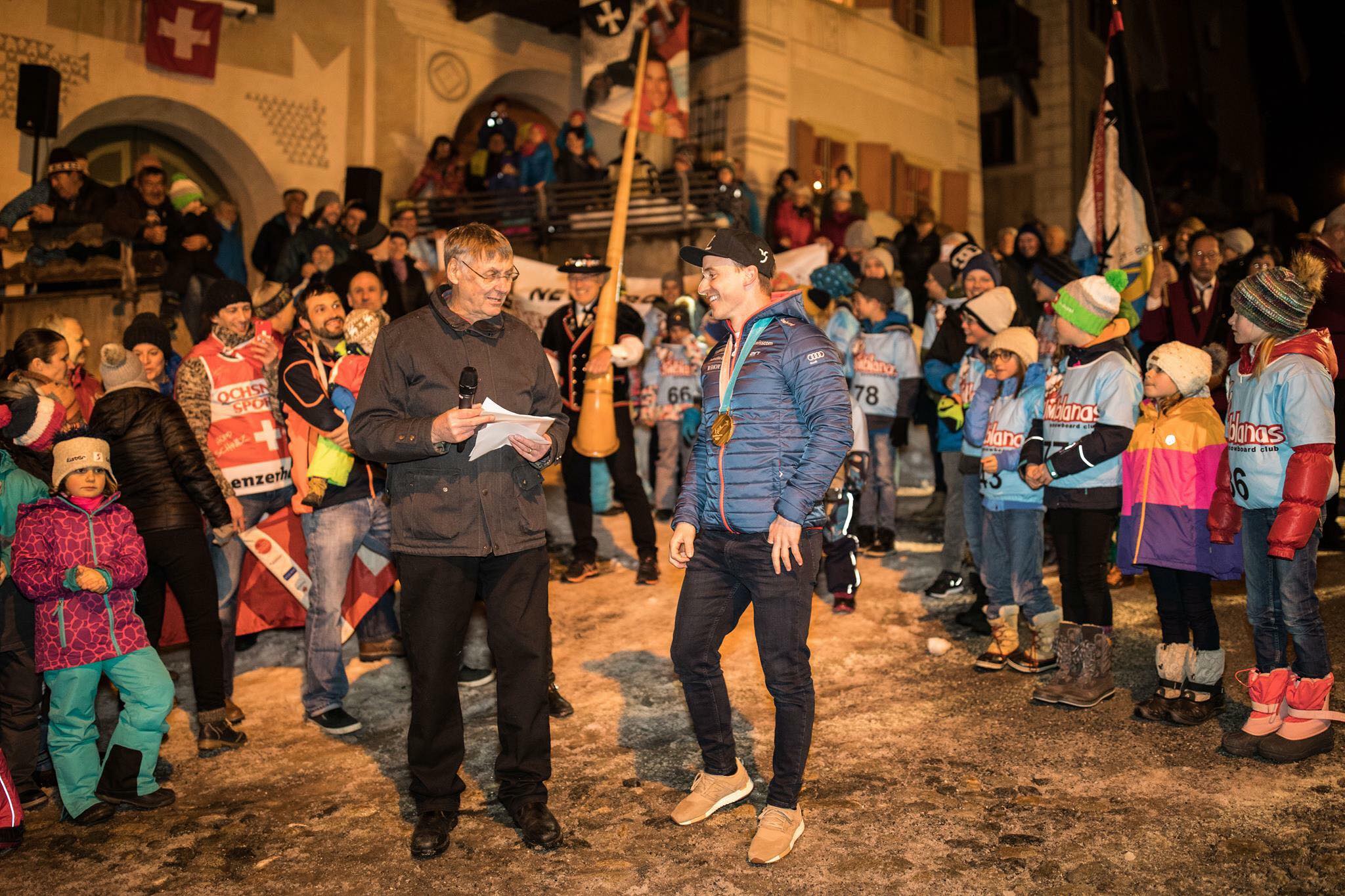 Galmarini being welcomed home to Ardez, Switzerland after the 2018 Olympic Winter Games. 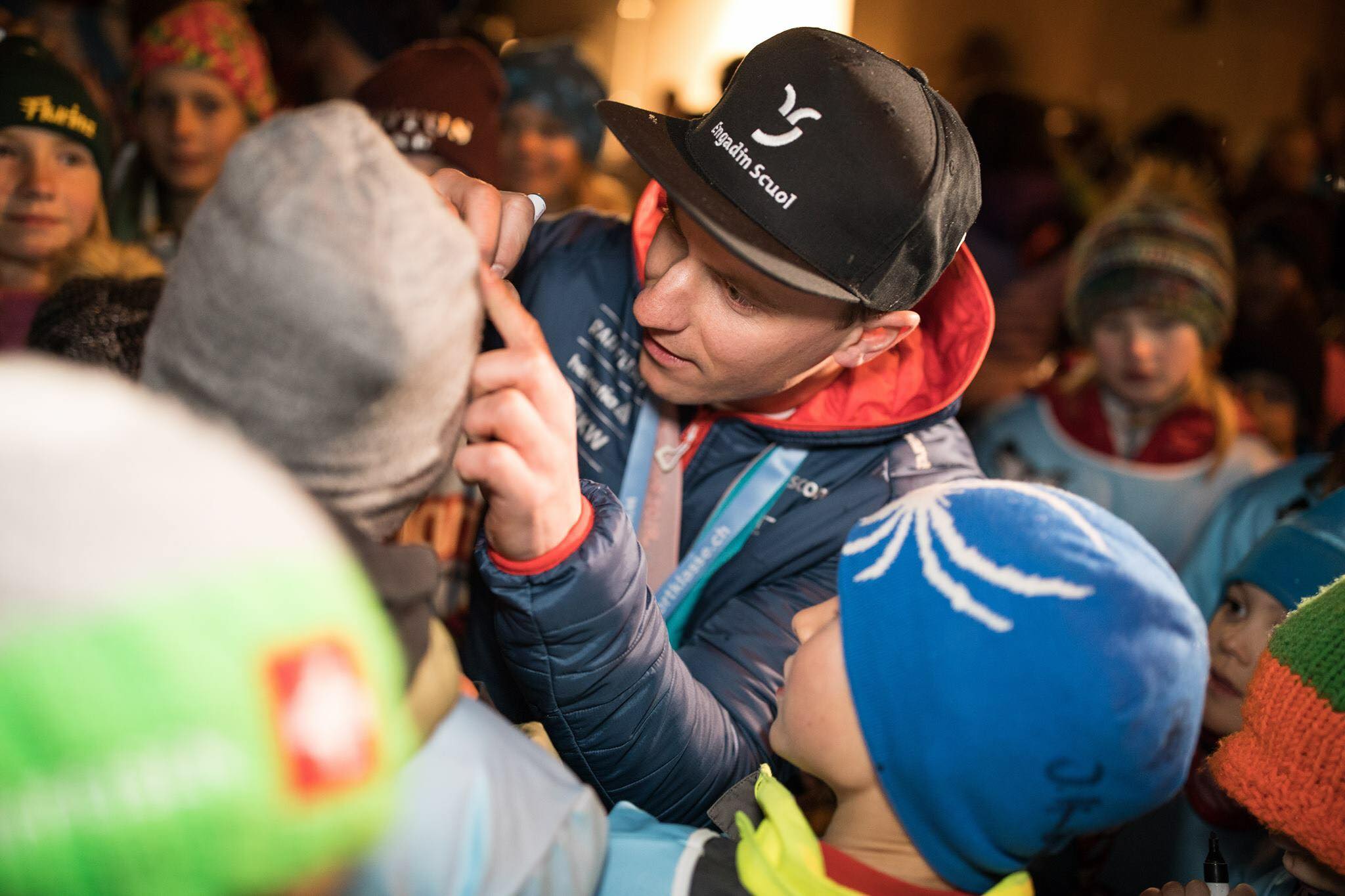 After a brief cleberation, though, Galmarini needed to get his head in the game for the FIS Snowboard World Cup, the conclusion of the official 2017/2018 snowboard season. On Facebook, he used the hashtag "crystal globe," saying that being the overall winner was THE DREAM. Well, after several rounds of the parallel giant slalom and placing in various positions, Galmarini earned gold medal as the overall parallel champion. To say he was excited is an understatement.

What can I say... this is beyond my dreams! OVERALL WORLDCUP WINNER 🤘🏽 #bigcrystalglobe

With the official snowboarding season over, Galmarini's got time to start prepping for next season with his increased net worth.

With two Olympic medals and a crazy amount of sponsors, such as Fossil watches, for which Galmarini does giveaways on Facebook (the sponsors started popping up like crazy after Sochi). this Swiss champion has a climbing net worth, but that's not going to get in the way of his off-season cross-training. Living in Switzerland means there's an ample amount of snow during the the majority of the year, but on stop of being on the slopes, Galmarini will be out cycling and lifting. He does it with a smile, though, even when his Instagram shows that he's exhausted.

Very impressive ride with pro triathlete @janvberkel So cool to try his bike, what a machine that is!! #lookingsketchy #shitthehandlebarisnarrow #nofrictionnocontrol 😂😂 #Repost @janvberkel with @repostapp ・・・ Inspiring ride with olympic snowboard medallist @nevingalmarini . He looked smooth on my TT and was bombing down the downhills as if he was on snow😊 #ride #rideforlife #lifebehindbars #olympia #snow #snowboarding #inspiration #WYMTM #outsideisfree #ironman #triathlon

You know winter is around the corner when @wf.winforce sends you the #chestnut winter special #UltraEnergyComplex Thank you 🙌🏼 #marroni #wurschtfinger 😂

All of that training won't get in the way of Galmarini enjoying a well deserved cool down period. After working hard for three Olympic games, Galmarini's got time to live like a normal man in his twenties (even though he's just barely 31). But in his twenties, he was off winning medals at the Swiss nationalships, so he hasn't had too much time to enjoy his net worth while he's off camping or surfing or being a general goofball.