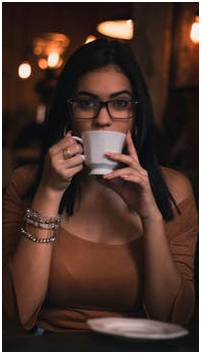 You might be interested to know what is in coffee that people are talking about. A 2005 study led by researcher Joe Vinson and sponsored by the American Cocoa Association have shown that coffee contains more antioxidant properties than what was known previously. However, the level of antioxidant in a coffee is in the function of its processing. This implies that you could increase, diminish its antioxidant level at a point in the roasting or decaf process. For example, the more antioxidants are found in a roasted coffee than a non-roasted coffee.

Coffee contains compounds with antioxidant properties just like the colored vegetables and fruits which are listed below: 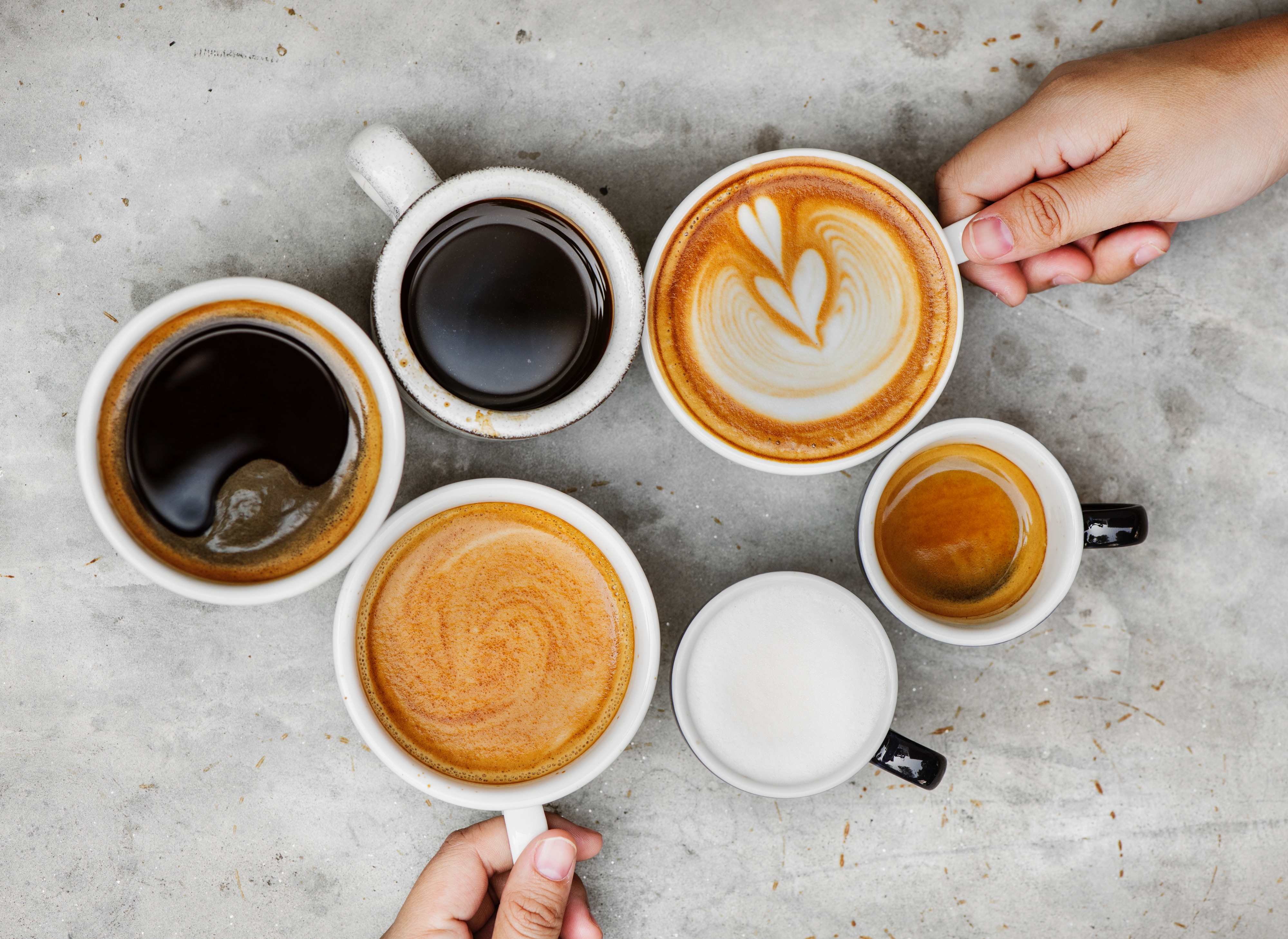 This is an anti-bacterial compound and can prevent dental problems. It is the trigonelline in coffees that makes you experience that bitter taste and its unique aroma. The compound is much in roasted coffee, especially the Arabica coffee. Trigonelline degrades when the roasting gets higher to form pyridines and nicotinic acid or Vitamin B3 which is a popular antioxidant.

Cafestol is a well-known antioxidant that remains in coffee beans even after the process of decaffeination. To the intestine, it plays the role of an acid modulator while it acts as a memory shaper to your brain.

This antioxidant can be found in both roasted coffee and green tea. Chlorogenic acid represents the esters of caffeic acid. It takes on antioxidant, anti-inflammatory and antibacterial activities in the body. This compound contains lactones which have been found to boost insulin functions in rats and has the potential to help fight diabetes in humans.

In addition to this, chlorogenic acid, which is found in green tea has helped in boosting body metabolism and in the breakdown of fats. 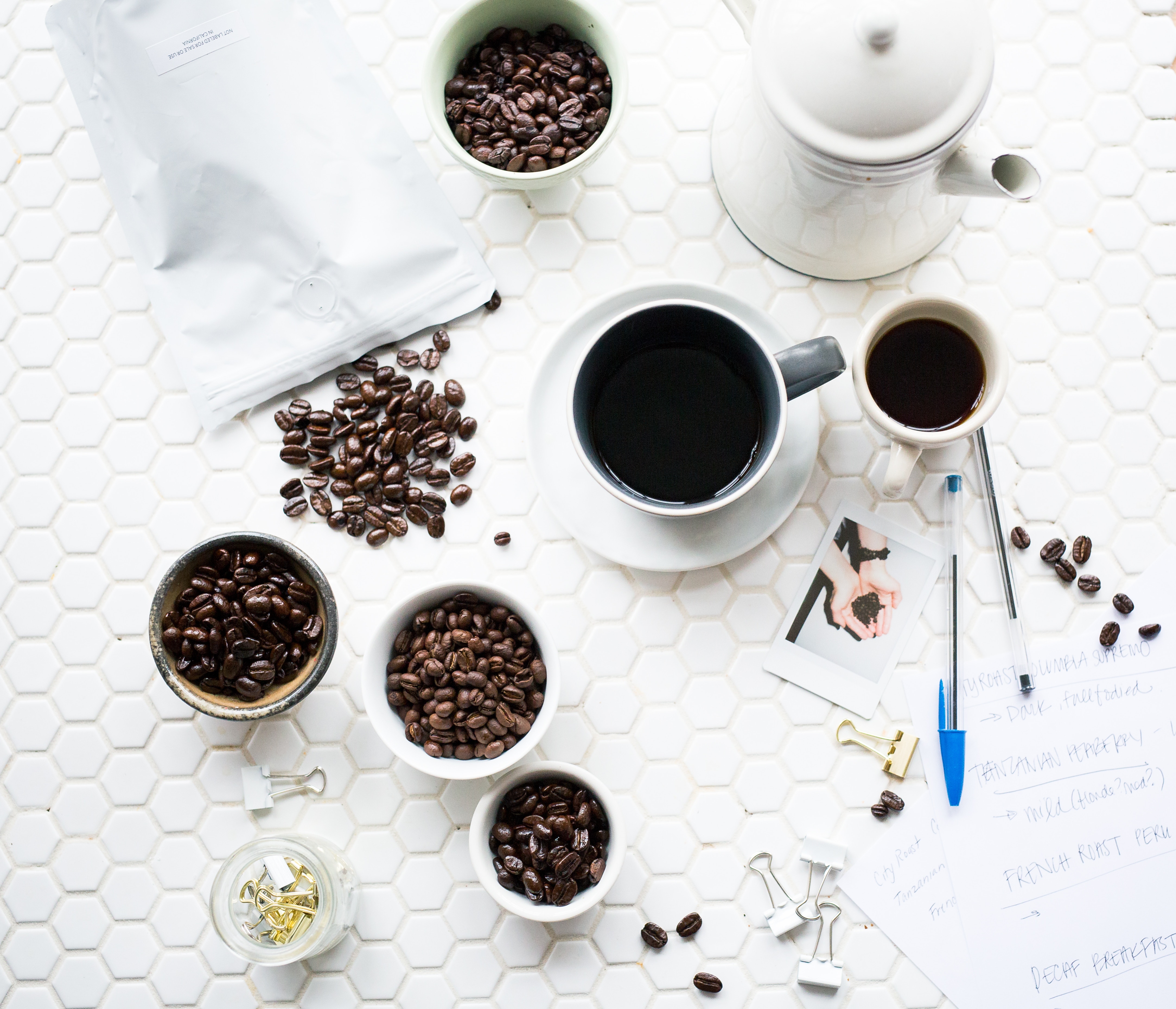 Hydroxycinnamic acid and polyphenols found in coffee beverages are known to contain numerous antioxidant properties. The compound is known to neutralize free radicals and helps in reducing the effects of oxidative stress.

Melanoidins are responsible for the sweet aroma that is common with roasted coffee and is the result of the colored nitrogenous agents and compounds in coffee. It is only formed during the process of roasting and carries anti-inflammatory/anti-bacterial properties.

You must have been aware that caffeine is the most active agent in coffee and is an antioxidant itself. Drinks that are caffeinated can help diabetes prevention, headaches and in weight loss. In a recent study published in the Journal of Physical Chemistry by ACS, on the structure of caffeine, it was discovered caffeine is like uric acid which is a well-known antioxidant.

Caffeine is known to help in the depuffing of the skin, especially in men with issues of redness and flushing. However, more research is needed on how caffeine works as an antioxidant to reaffirm people’s views on its usage.

Quinine is one of the primary compounds in coffee that is responsible for its bitter taste. It is known to possess some of the best antioxidant properties. This compound which is derived from the bark of Cinchona tree has been effective in the treatment of malaria. Quinine and coffee are members of the Rubiaceae family and its potency as an antioxidant, increases after the coffee is roasted.

Most people are allergic to quinine and it could be harmful to the body if abused. However, the tiny amounts which are found in coffee are very useful to the body and have been approved by the FDA.

Benefits of antioxidants in coffee 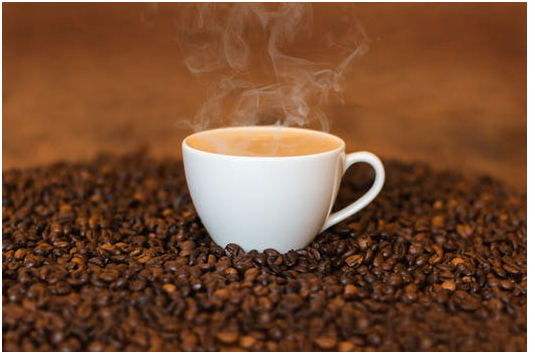 The list of coffee antioxidants cannot be complete if we don’t give you the ways which they are useful to your health. These include:

1. Curb the risk of cancer

Antioxidants in coffee have been found to have the properties to remove toxins that may damage the DNA and body proteins. Antioxidants in coffee react with free radicals to reduce their harmful effects. Persons who drink decaffeinated coffee have reduced the risk of developing colon cancer compared to non-drinkers. In a research conducted by Dr. D. David Troup of Monash University, it was proven that coffee intake has the potentials to curb the risk of one developing rectal cancer.

The dangerous effects of ultraviolet rays to your skin can be reduced by antioxidants in coffee. Thus, coffee drinking can help to curb premature aging and the development of skin cancer.

3. Protect the brain and nervous system

Drinking coffee can help prevent Alzheimer and Parkinson’s disease which are forms of dementia. In addition to this, coffee consumption has been found to relieve women of stress, depression, and thoughts of suicide.

4. Reduce the risk of type 2 diabetes

Regular taking of coffee has been helpful in reducing the risk of type 2 diabetes. This effect is found in both regular and decaffeinated coffee. Researchers have shown that a cup of coffee each day can reduce the risk of diabetes by 7%.

Coffee is known for its effects as a stimulant. It limits the feelings of tiredness and increases alertness. Most athletes have enhanced their performance by drinking coffee. 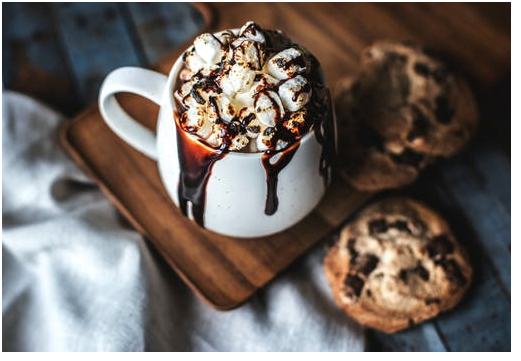 The green coffee oil contains higher amounts of antioxidants and flavonoids which makes it very useful in cosmetic products. However, much research is needed in knowing the right mechanism that the oil could be used in solving different cosmetic problems.

In addition to this, the oil has higher caffeine contents and can be burned to change the odor of the room. The by-product can be useful in various chemical applications.

The antioxidants in the coffee oil are safe for use; however, this could have some implications if used as a dietary supplement. Coffee oil extracts can be used in pharmaceuticals, environmental, economic and cosmetic industries.

Decaf antioxidant coffee, does it work the same? 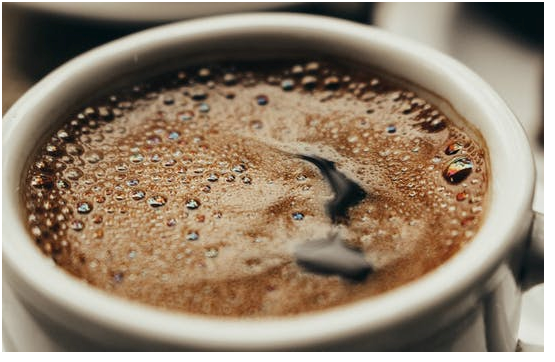 Coffee is one of the most consumed drinks in the world. However, many people are uncertain of the effects of caffeine on the body and may wish to reduce their intake of caffeine. If you are in such category of persons, then decaf antioxidant coffee is for you.

The only difference between a decaf coffee and an ordinary coffee is that the caffeine in the former is removed. The word decaf also means decaffeinated, which implies that about 97% of its caffeine has been removed.

The coffee beans are washed in water, carbon dioxide or organic solvents to remove the caffeine before they are roasted and grounded.

Apart from the caffeine content, the nutritional value in a decaffeinated coffee and a regular coffee is the same. 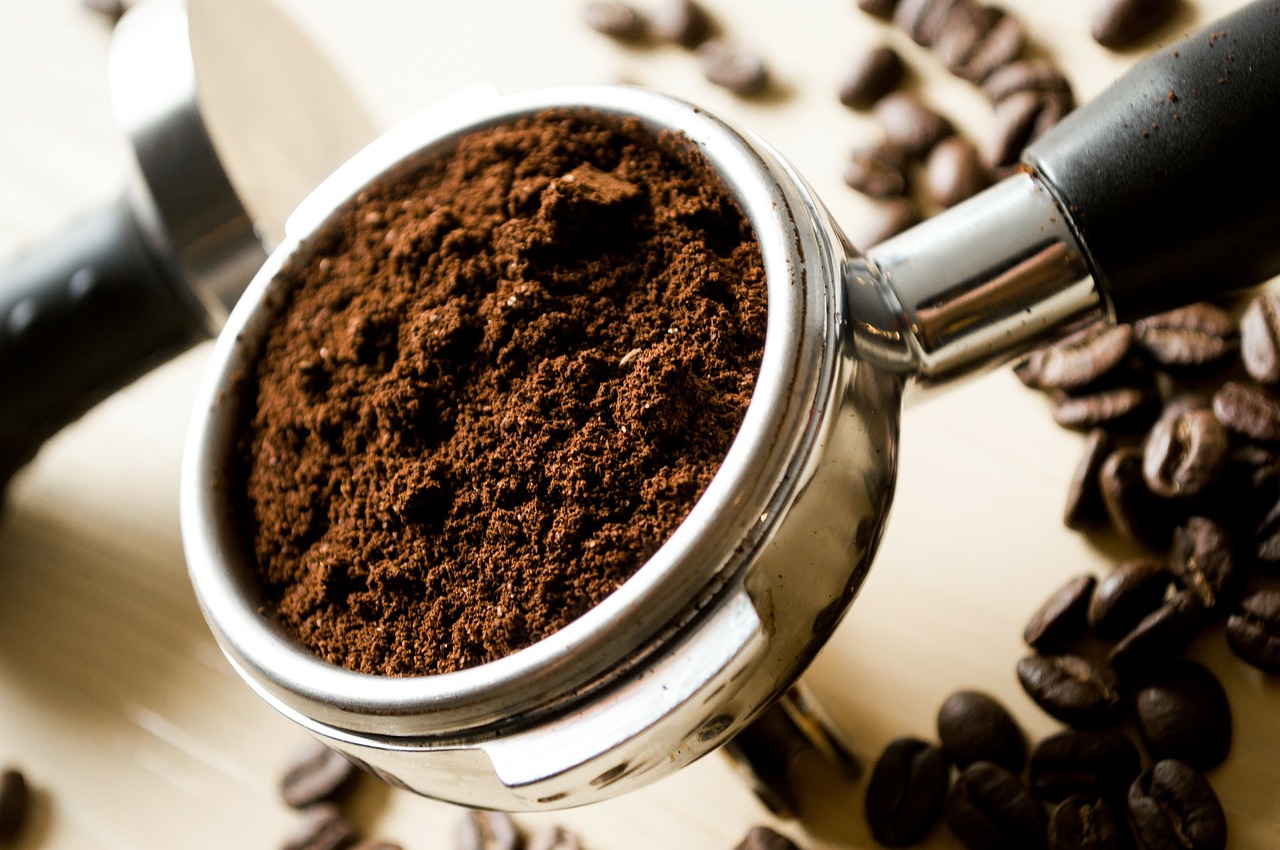 Decaf coffee can be pleasing and more acceptable if you are uncomfortable with the taste and smell of the regular coffee. It contains almost the same number of antioxidants as regular coffee, although they may be 15% less because of the loss of the antioxidants during the decaf process. Decaf coffee contains a few nutrients in addition to the antioxidants like polyphenols and hydroxycinnamic acid, which helps the body to neutralize the effects of the free radicals.

A cup of decaf coffee a day provides your body with 2.5% of the recommended intake of niacin or vitamin B3, 2.4% of magnesium and 4.8% of potassium. You may think that the amount is too small, don’t worry; it would easily add up if you consume 2 – 3 cups of decaf coffee daily.

However, regular coffee is more beneficial to your health than decaf coffee as it provides additional benefits such as lower risk of liver damage, increased metabolic rate, improved mental health, enhanced alertness and much more which are not provided by decaf coffee.

You will agree with us that decaf coffee is beneficial to your health but does not work the same as an ordinary coffee. 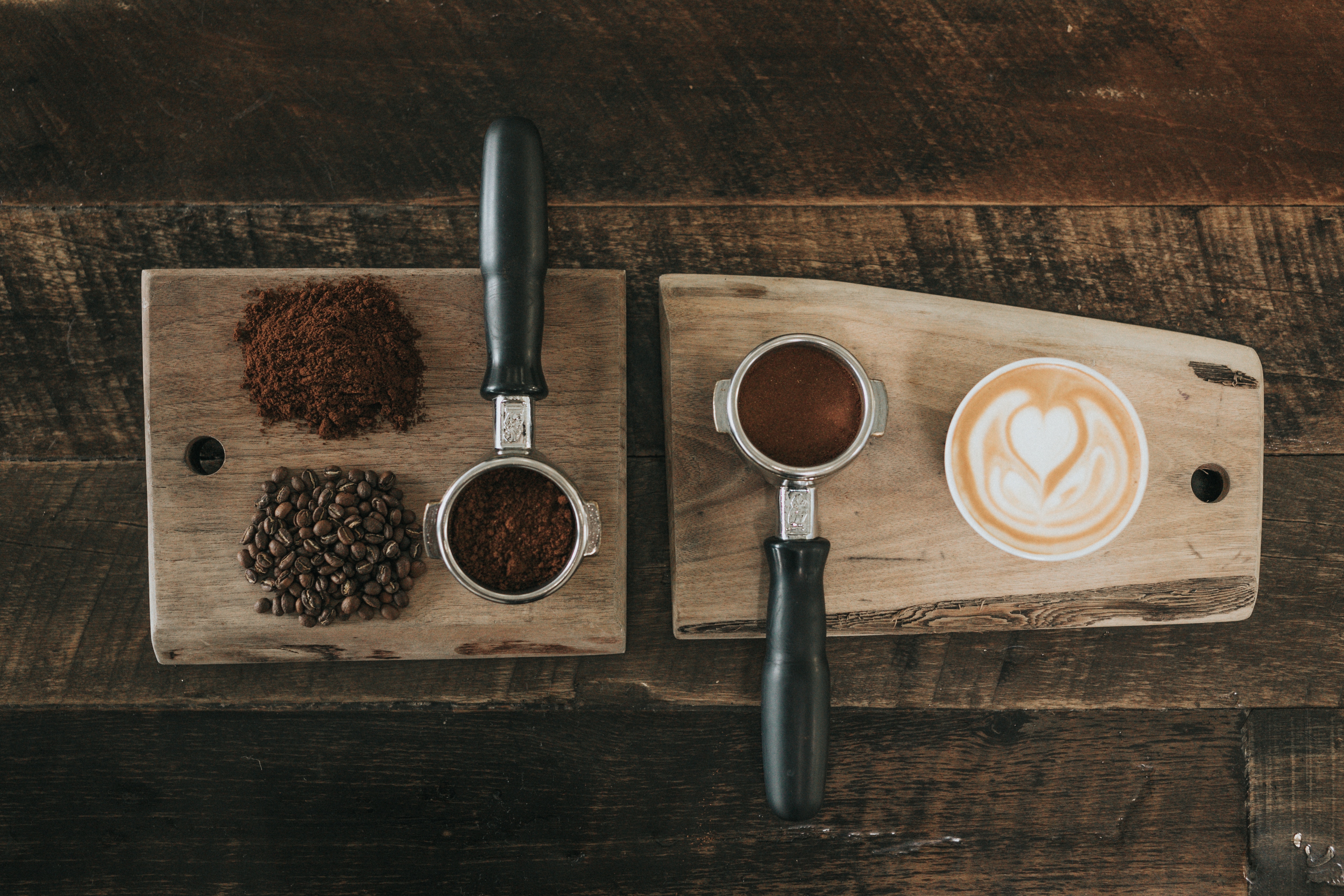 The best thing that you should love about coffee is that it is easy to make and there is at least one recipe for you. A cup of coffee in the morning can bring a great boost to your day. Here is the list of your favorite coffee recipes.

You can get your body hydrated and yet maintain a healthy balance of antioxidants by adding coconut water to your coffee. The recipe is a cup of clean and fresh coconut water mixed with half a cup of coffee over ice. Not only will the recipe fill your day with polyphenols, but can improve body alertness and help reduce the risk of various cancers.

This recipe is an energy and immune system booster. The ingredients include one handful of kale, a tablespoon of cocoa and eight ounces of coconut milk. This recipe is not only good for your overall health and brain but will make you feel energetic and happy.

3. Smoothie for the heart

This smoothie is prepared to boost your brain and heart wellbeing. You can try half a frozen banana, half cup of frozen blueberries, one cup of iced coffee, one cup of raw spinach, half an avocado, and one tablespoon of chia seeds. The caffeine in the coffee will help improve your daily cognitive functions while the avocado and chia seeds will boost your heart and cardiovascular functions. 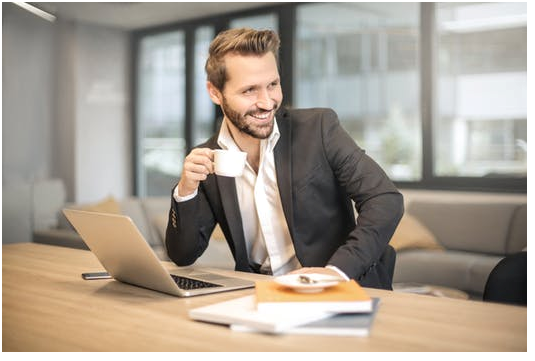 Coffee is one of the healthiest beverages on earth and you can consume it at any time of the day. Regular and decaf coffee contains several amounts of antioxidants and nutrients to give you’re a healthy look and a prolonged life. The making of coffee is simple; the best part is that you can spice it up with anything that suits your taste.

Why not try a cup of coffee now?