Best couple YouTubers - most popular in 2018

After a long hard day at work, most would just go home and watch some videos on YouTube to lighten up their mood a bit. YouTube has made millions and millions of people famous. So many people out there are full-time YouTubers. It's amazing to know that you can influence people so much just by sharing your views with them on YouTube.

We all have our favorite YouTubers. They work a lot harder than we know. We only see their 10-min long videos on YouTube once a week, but we don't know how much effort they've put in there to make that 10-min videos. There're also YouTubers out there that are making it together as a couple and it's just the cutest, to be able to share your passion with your loved one!

Here're the top couple YouTubers that you'll know of even though you don't follow them. And if you haven't heard of them, here's the reason why you should be following them! 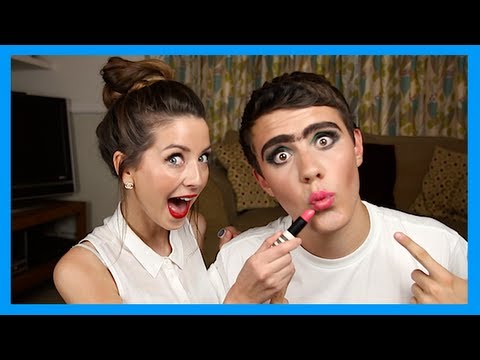 You've got to know these two! If you're crazy about makeup like me, you would definitely have seen Sugg's makeup tutorials on YouTube at one point. It's literally on top of the search every single time if you look up hair and makeup tutorials!

Deyes is a fellow YouTuber and began dating Sugg since October 2012. Sugg announced the relationship to the public in August 2013. With over 10 million followers on her channel, Sugg's relationship with Deyes is often put on the spotlight. Luckily, fans loved the pair, calling them the cutest couple on YouTube ever!

Both of them just have a very cheery and optimistic personality that will make you feel like whatever life throws at you, you will still be alright. They often share their life together and how they're able to work their differences out. Sometimes Sugg even get Deyes to try out some experimental makeup looks and it's hilarious. You don't want to miss out on that! Check out their channel, I guarantee it will put a smile on your face! 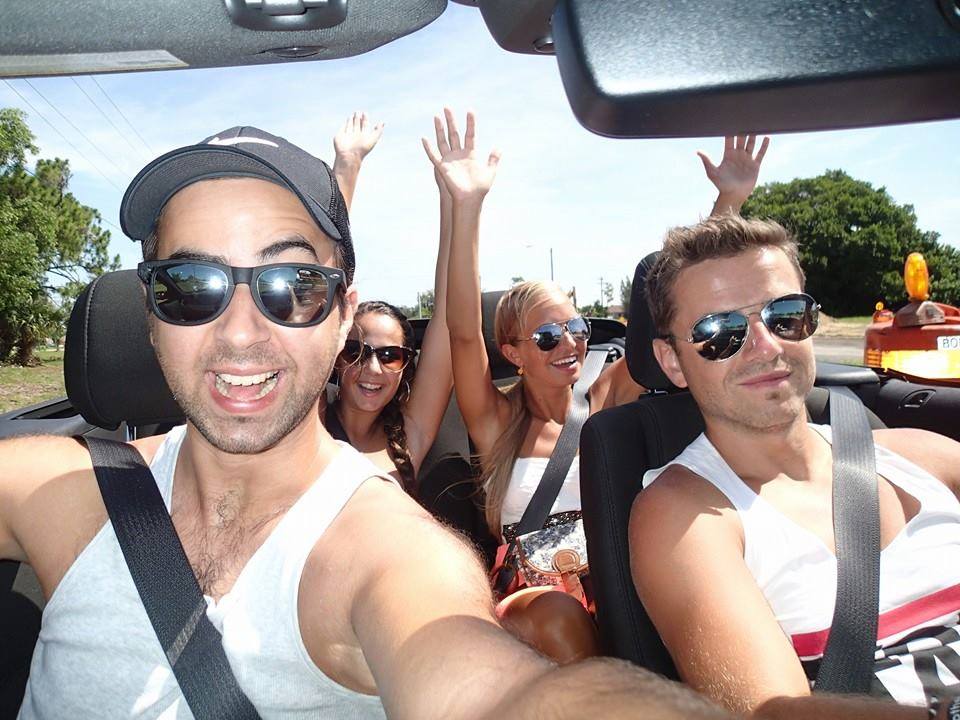 Well, it's true that they're called ViralBrothers, but no, they're not blood-related. They're just as close as brothers. Erikem Meldikem and Čeňkem Stýblem started this channel in 2011 to upload all the videos of them pranking each other. What caught viewers' attention though, however, were Meldikem and Stýblem's girlfriends, Domisha and Lenka, respectively.

All you see on their channel is how cruel and well-executed their pranks can be. Yet the dynamics between them and their girlfriend was enticing. Sometimes you just want to yell at them for their partners because the pranks had gone way too far. Sometimes you're just amazed by loving and caring they're towards each other. It's just cute.

They broke fans' hearts two years ago when they simply vanished from YouTube without telling fans why or what they're up to. They made a comeback a few months ago, still didn't disclose any real information to why they disappeared two years ago. But they are back! Now with more pranks and fans couldn't be more excited to see the two lovely couples pranking each other with love! 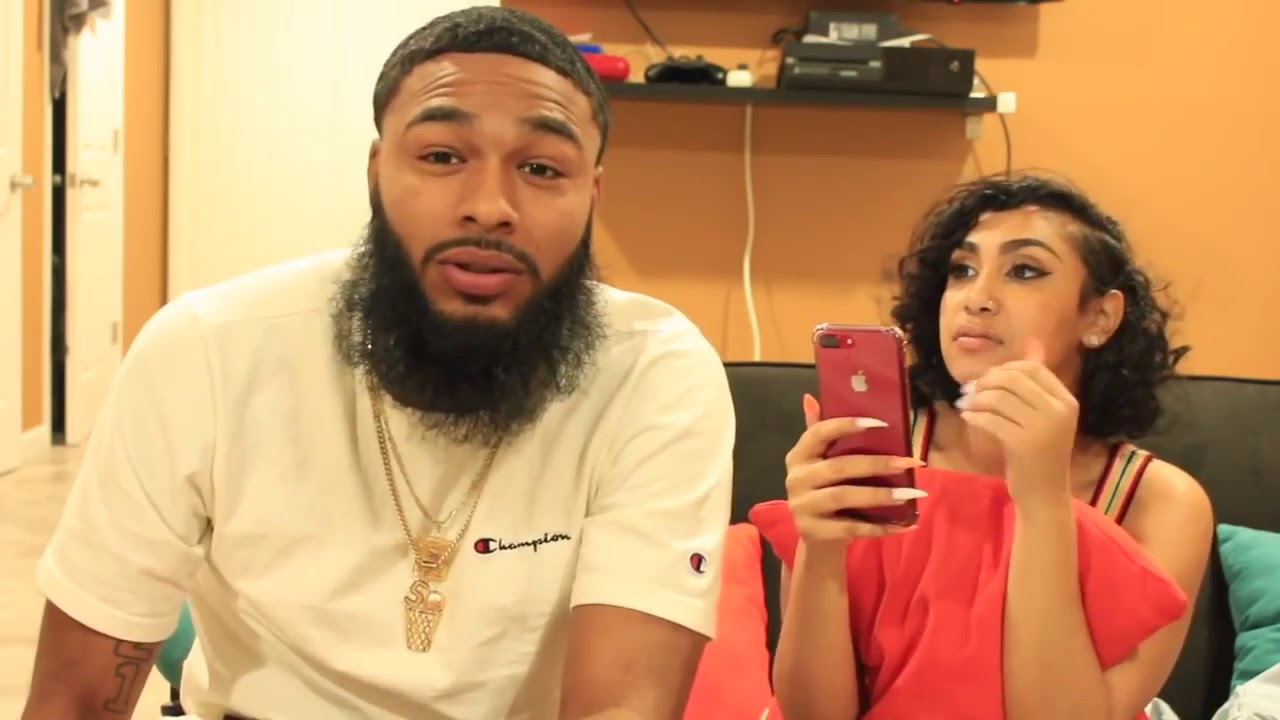 It's surely a roller coaster ride for these two. The former American Idol contestant became a famous YouTuber by posting funny videos together with her then-husband Chris Sails. They got a divorce this April when Sails reportedly cheated on her.

But just four months after that, Queen announced that she is expecting a baby with her long-time friend, Clarence! Fans were shaken by this news but at the same time happy for her. Now Queen and Clarence call themselves the Royal family and have a YouTube channel together.

Don't think their influence is any less just because their relationship is so new! Even for their very first video just five months ago announcing the birth of their new channel, people were going crazy and it has over 3.6 million views already. I'd say it's pretty impressive to achieve that in just five months when you're starting new.

Their channel is mostly about their daily life during her pregnancy of going to the doctor or just simply home videos. That's exactly what their fans want. Fans are dying to know more about this couple's daily and personal life and how they're coming from being long-time friends to new parents! Fans are excited for the Royal family and can't wait to welcome their new family member! 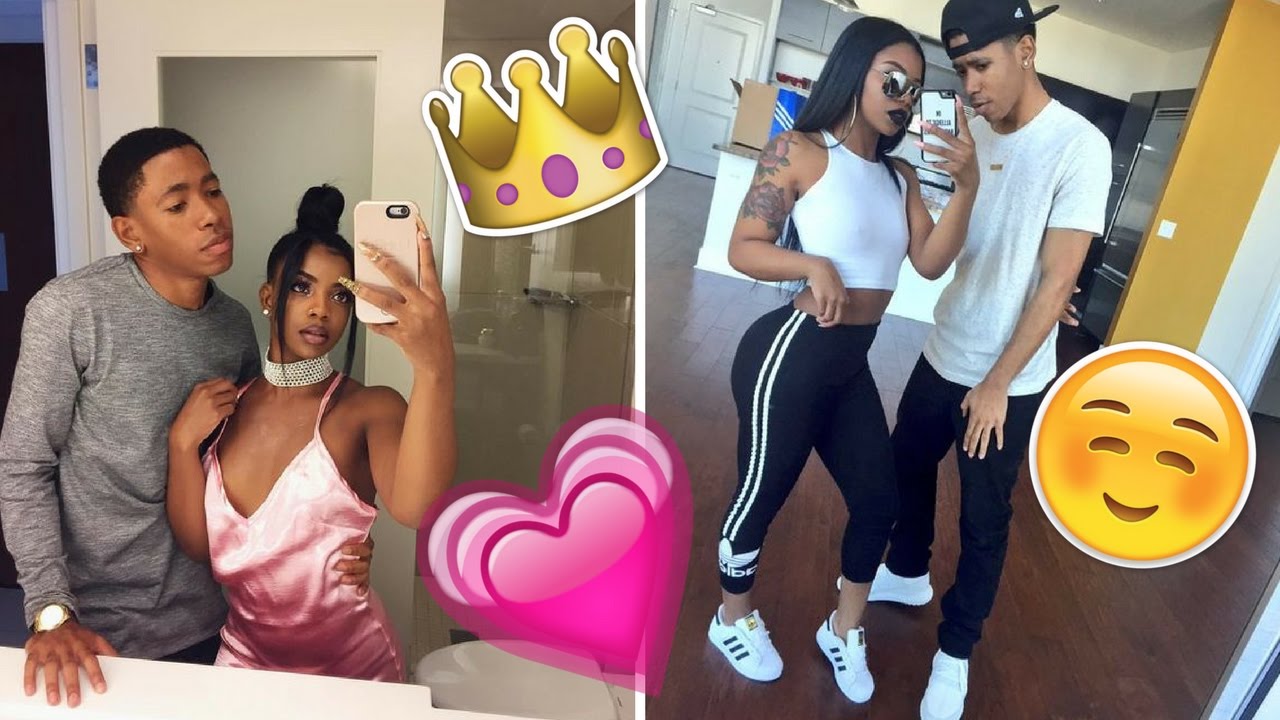 De'arra & Ken 4 Life (DK4L) has over 5 million subscribers on their channel. They're both pranksters and people just love it when they're pulling the most evil pranks on each other. People just seem to love drama in life. Maybe that's why this couple is able to attract all the attention because they definitely don't hold back when coming up with a prank.

The "I broke up with De'arra" prank got over 26 million views. That's how much fans care about them. They always go for the extreme to make sure the other person will have a mini heart attack. Despite all the drama and pranks they pull on each other, they're still the sweetest couple and care deeply about each other.

From their vlogs, you can see that they just like bickering, but ultimately they're just two young people in love and want to have fun with each other. If your boyfriend's birthday is coming up or you want to spice things up a little with him, learning from their pranks could help you! 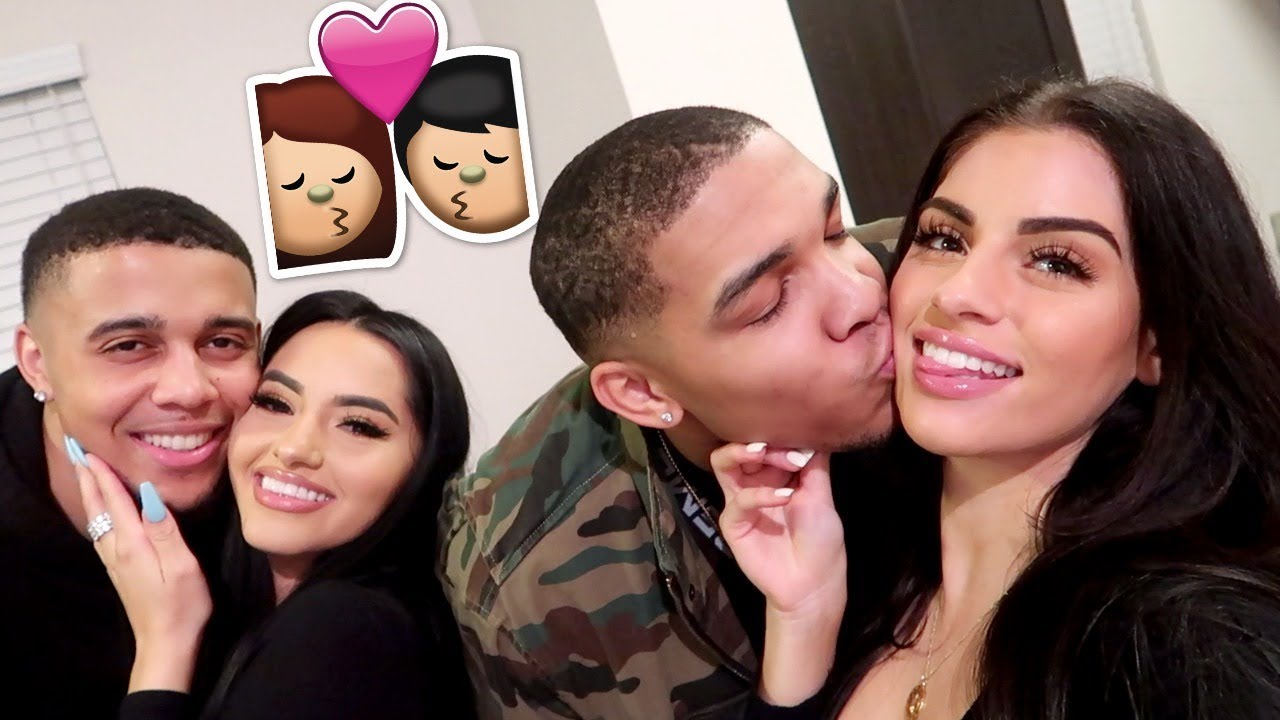 Well, it's surely true that the top couple YouTubers are always pranksters. I guess we all just want to laugh and see how can we have so much fun pranking our partner and still be so in love the next minute. Kb and Karla are another couple YouTubers that just love pranking each other.

They are also famous for doing a lot of different challenges and sharing their lifestyle. Both of them are so talkative that sometimes watching their videos just make you feel like you're back to kindergarten, just so much joy and laughters. Join them today for a laugh!

Cute couple YouTubers that broke up before you can follow them 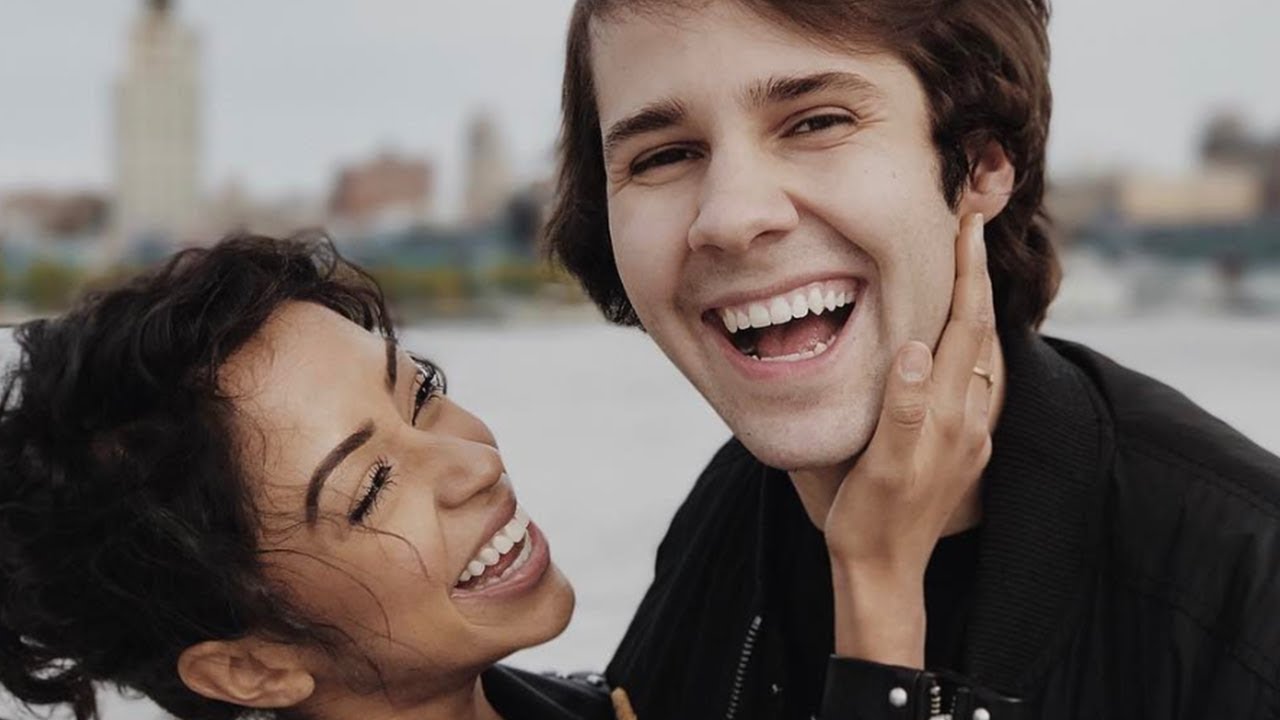 Always seeing them smiling in front of the camera, fans had always loved this couple that made tons of funny videos. They announced their split this year in June, breaking millions and millions of fans' hearts worldwide. In a tearful video titled "we broke up", both of them said that this was a decision that they'd been thinking about and believe it's the best and that they will always love each other.

Maybe we will never see them together as a couple making funny videos. But it at least eased fans' heart that they ended things with good terms and that they will always be friends. After all, we don't want our once favorite YouTubers to end up becoming enemies. 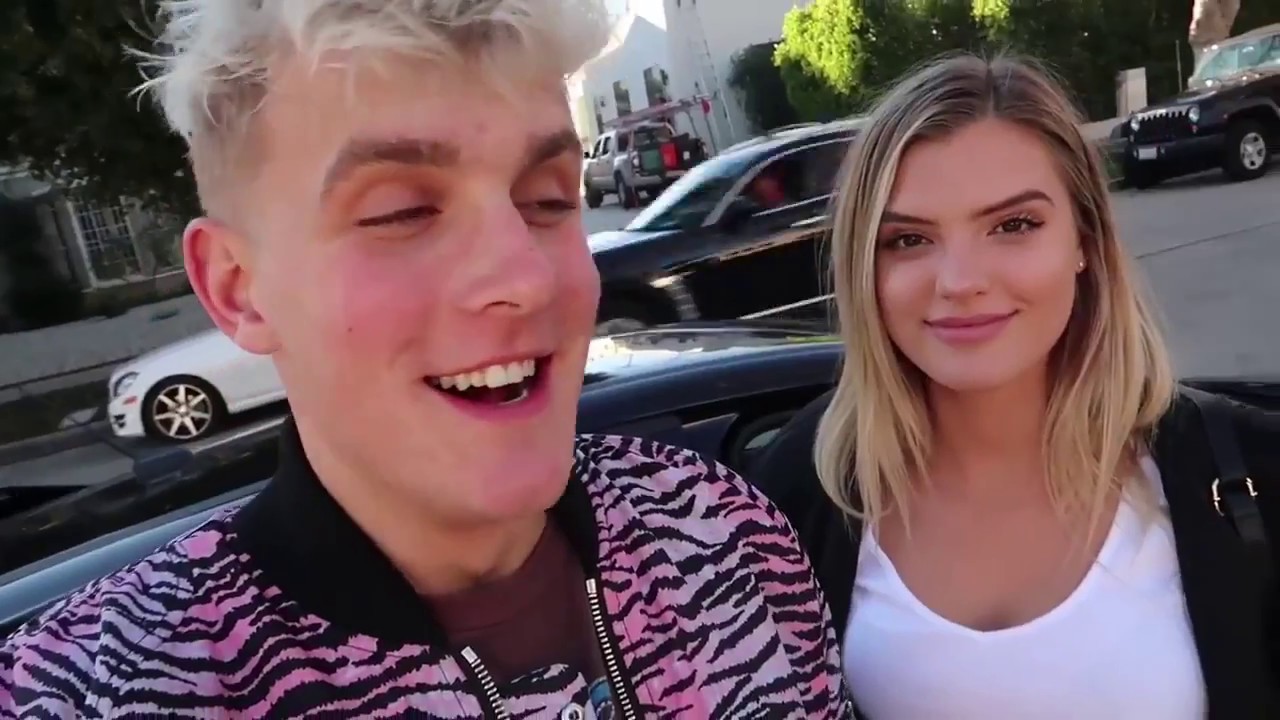 Now, this was a way uglier split than the previous couple. The model/influencer Violet and the famous YouTuber with over 17 million subscribers Paul started a fight over social media early 2017 where they both accused each other of cheating. Naturally, as much as fans were heartbroken about the breakup, the audience never misses a good drama.

Violet accused Paul of constantly bringing random girls home while Paul posted on Twitter saying that Violet cheated on him with someone very close to him, which people presume to be his brother. That news was better than even the best-rated prank to most audience. While we may never know the truth and it's highly unlikely to see the two ever be back together again, fans will always be talking about they represent the ''there's no such thing as a private life when you're famous". Indeed, the reason for their split is still a hot topic. I guess fans still want to know who cheated on who exactly. 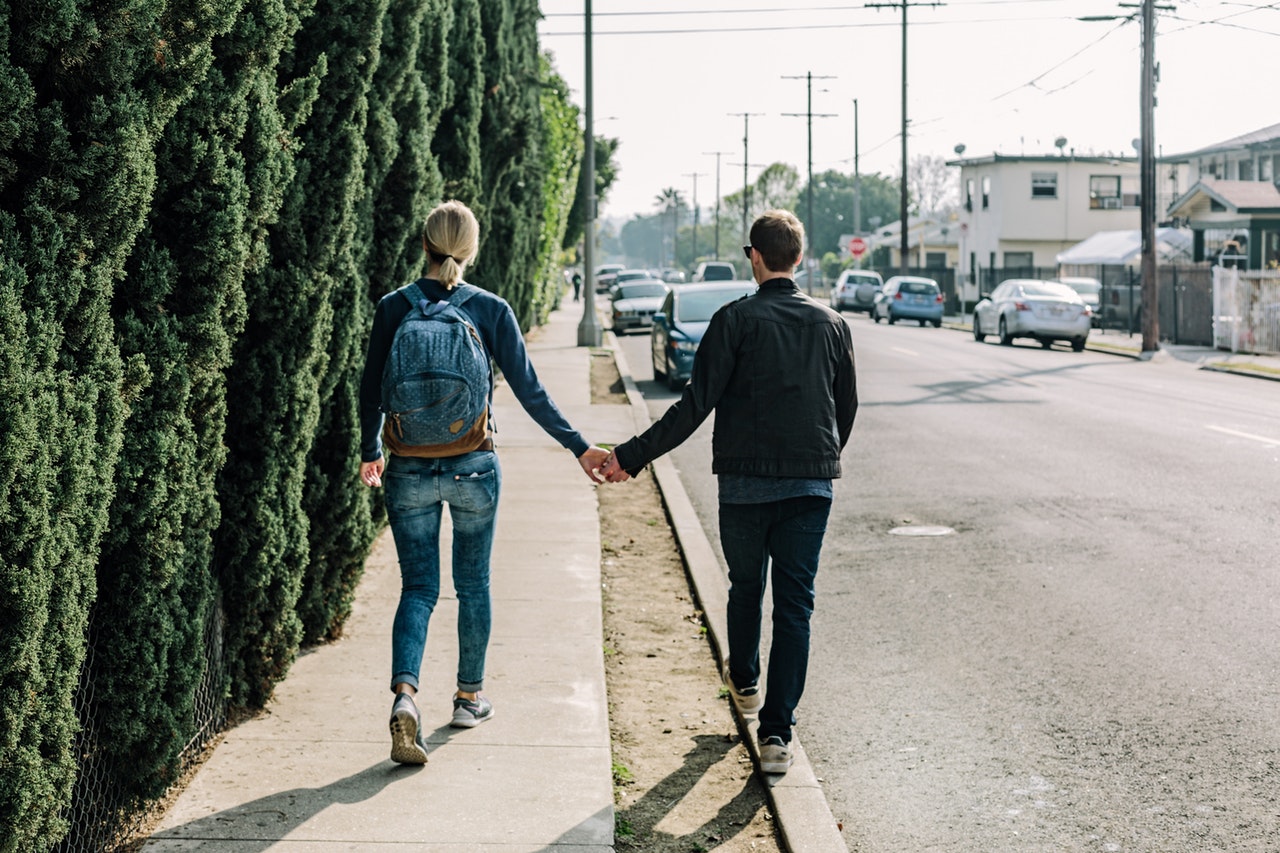 Seeing someone so in love can always light up that little hope inside of us and make us believe that we can also be that happy, considering and caring for our partner. We see mostly the happy part of those couple YouTubers and we try to be just as happy as them. Maybe that's why many couples can make it this far and are so loved by fans.

A lot of the couples have different styles or personality. The one thing they have in common in love. Love unites us all. Take a look at their channel today and you will understand they deserve every view they get!