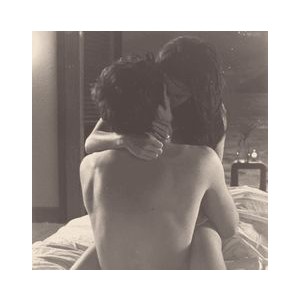 Have you ever been sitting around with your friends and they start talking about some really weird and random sex terms? You have no idea what they mean and no matter how hard you try to decipher what the meaning is from their conversation, it still eludes you. So you resolve to go home and look it up later because you don't want to be the one to ask what it ist. Instead, you laugh along with your friends. You've got to save face, act like everything is okay and you know exactly what is going on. But don't worry my friend, I've got your back. Here in this article, I will talk about some of the more weird sex terms that are found online. I have done the research, I have scoured the darkest reaches of the interwebs to find out what these terms all mean so you do not have to. Let's dive in, shall we? 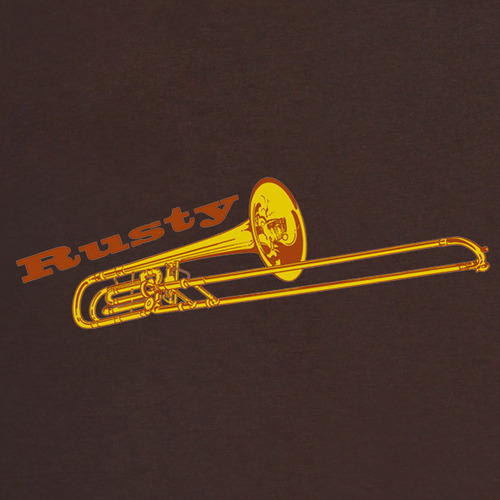 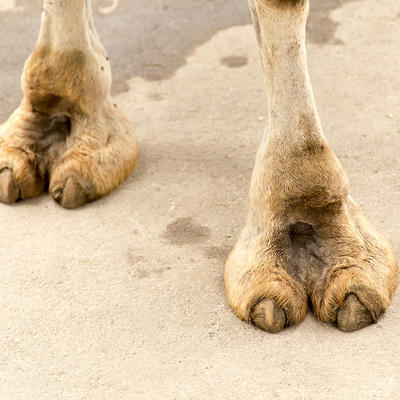 Did you know that the word camel is used quite often to describe physical features on women? Weird, but it kind of makes sense, seeing as women tend to have curvy bodies. Here are some weird sex terms you might not have heard of that involve the word camel. I was surprised to find so many, to be honest. People have some very creative minds out there! Creative and a little bit messed up. 5. Camel bagger: this is used to describe a dude, maybe a douche bag in most cases, who has had sex with a lot of women. They are more commonly known as players. 6. Camel balls: we have heard the more common term camel toe, which is geared towards women. Camel balls would be the male version of this, when a guy's pants are pulled so tight you see his bulge. 7. Camel boat: for the record, this is not a camel on a boat, although that would be cool to see. Instead, this term is similar to motorboating, but instead of doing it to a girl's breasts, you would do it between her legs. This would create a very different sensation for her, and in fact might be a little more fun. Give it a try! 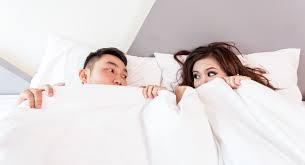 Sex can take place in many different locations: the car, the bathroom, behind the grocery store. That's just to name a few! But the most common place sex occurs is in the bedroom. The bedroom is where all the magic happens, typically, so here are a few random sex terms that deal with doing the deed in the bedroom. 8. Bedroom banger: this is essentially your go-to sexy time playlist. It is what gets things going, the music that sets the mood for the rest of the night. So be sure to choose your songs wisely. 9. Bedroom bowling: no, this is not a game you play, but it could be an important part of foreplay if you do it correctly. Bedroom bowling is when you insert your thumb into a girl's anus while your middle and ring finger go into her vagina. This move can be a little tricky if you have not done it before, so be sure to use lots of lubrication with any anal play. If you do choose to attempt bedroom bowling, be sure to ask first! No one likes any surprises in their anus. 10. Bedroom cardboard: have you ever heard the expression, they wore their jeans so much they could stand up on their own? This is somewhat similar to that, except with cum. Gentlemen, we all know that sometimes you need some alone time in the bedroom. That is fine with us, just be sure that you wash your sheets after you have jerked off. Otherwise, you might end up with stiff, cardboard-like sheets if you do not. And no lady wants to see dirty sheets. 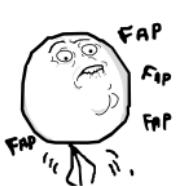 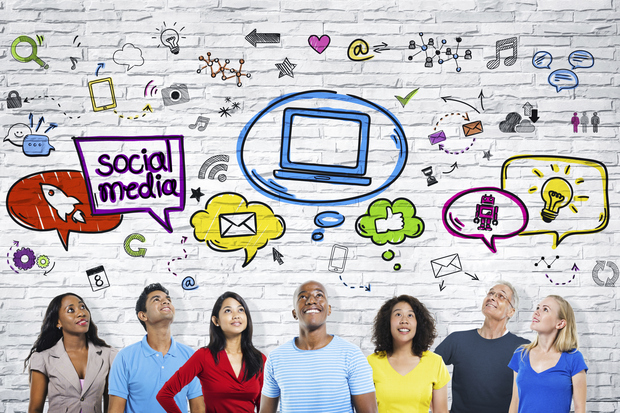 Seeing as we are in the age of millennials, new slang words are constantly being added to our vocabulary. Apparently, there is this new craze where people need to come up with the weirdest, most viral sex term out there. I would say they have done a good job at demonstrating this skill. Some of them make sense, others not so much. But either way, it's fun to check them out! 15. Funch: what could be better than sex on your lunch break? Sounds like a damn good lunch to me. I'm guessing this word is a combination of fuck and lunch. It is the only thing that seems to make any sense here. 16. Desperation number: remember that song "Closing Time"? "I know who I want to take me home..." Good song. The singer claims it is not about finding a last-minute sexy time partner at the bar, but we all know that is not true. However, this phrase means exactly that, finding someone to keep you warm for the night just before the bar closes. 17. Missionary work: this is not one of those religious treks where you attempt to convert people to your beliefs. Neither is it when all you do is missionary position during sex. (How boring!) It is, apparently, when a gay or lesbian individual attempts to sway or seduce a straight individual. 18. Dishonorable discharge: this phrase does not deal with the military in any respect. It is actually when you go home at night to masturbate because you failed to find a sexy time partner. This is not always a bad thing! Sometimes you win and sometimes you lose, so do not be discouraged. 19. Masturwait: have you ever found yourself surfing the interwebs, in secret, looking for the perfect porno? Because let's face it, you won't always be able to satisfy your needs with a partner. You finally found the perfect video! But right in the middle of a good session, the video buffers, and that evil spinning wheel destroys your mojo. Every time. 20. Postboned: you and your partner have plans to meet some friends tonight. You're both getting ready, rushing around. She is hurriedly putting on makeup while attempting to decide on what to wear. Then the urge to bone overtakes you. And then you both show up much later than planned. 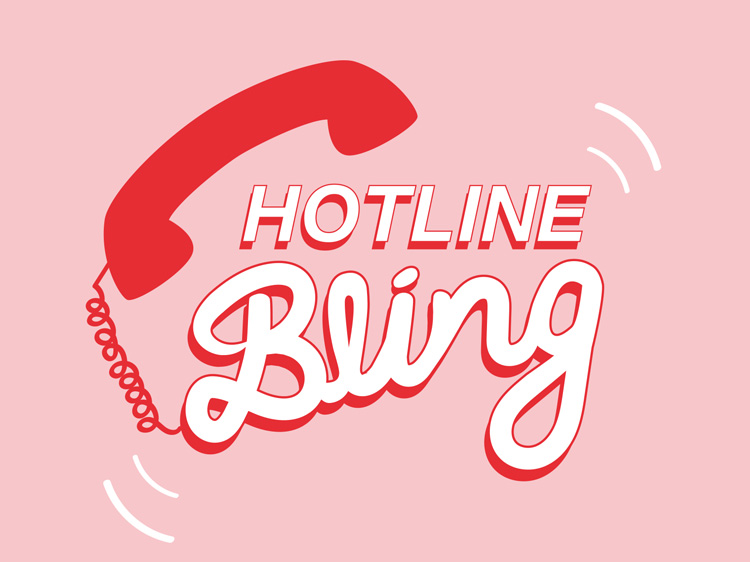 21. Powerballing: the act of a man swinging his balls around during sex. Honestly, I have no idea where this term came from because I always thought balls swung around anyway during sex. Maybe it's all in the way the guy swings them? If anyone figures this one out, please do not let me know, I don't really care. 22. Sascrotch: my ladies out there will understand what this means, especially if you are a member of the shave it all off down there club. Picture it. Everything is so smooth and clean when you shave. However, if you get lazy like I do, you'll probably let it grow for a while in between shaves, hence the sascrotch. 23. Doppelbanger: we know what doppelgängers are, so a doppelbanger is when you have sex with someone because they look fairly similar to a certain someone you want to have sex with. Kind of messed up if you ask me. 24. Prince Albert: this is not your Prince Charming, although maybe you do find it charming. No judgment here. I know you will definitely be surprised when you find out your partner has a piercing on his penis. It can be fun, and definitely makes sex feel different, but it is not for everyone. You be the judge though. 25. Hotline bling: it is just another way to say booty call. I suppose it could be considered classier, or more elegant, or catchy. Most people do not like to be referred to as a booty call, but no matter how hard you try to phrase it better, it is still a booty call. Feel no shame in that fact! Sometimes you just have to get some. 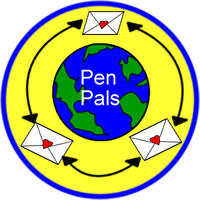 I don't have many weird sex terms but I figured that I would get in on some of this action since everyone else is doing it. 1. Bookworming: when two people who love to read start getting it on while reading a book. I don't know about you but sometimes books can have very graphic and descriptive sex scenes. I am not talking about the 50 Shades of Grey crap either. I mean some real, honest to god, good sex scenes. The best part is that you have to use your imagination to see the scene taking place which is the best way to get things going. 2. Pen-paling: we have all heard of sexting, right? This is similar to that except that it is written in personalized hand-written letters. That is right, I am talking sexy love letters sent through snail mail. Nothing says I want to fuck you more than a sexy letter. Just be sure not to add anything extra, like some bodily fluids. I would assume those would smudge the carefully penned letters. 3. Dating: I know this is an actual term, I did not make it up. But the concept of dating seems to have been lost. It is when one person asks another person out and they enjoy some time together talking, laughing, sharing stories about themselves and their lives. Sometimes it can even lead to sex, great and amazing sex at that because you've known this person longer than just a few hours. Okay, so my weird sex terms really were not that weird, or have much originality to them but they were fun to make up definitions for. When it comes to sex, be realistic and smart. Some things you hear in random conversations can be done, other times they are not even possible.

What have we learned? 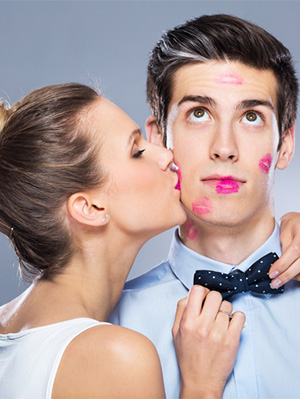 I hope you enjoyed learning about all the weird sex terms I have discovered through the interwebs! There are so many twisted, messed up, crazy, and just plain weird sex terms out there. That's what you learn when you spend a few hours browsing through Urbandictionary. But let's face it, sometimes you just have to look something up when you hear it. And let me tell you, some of them were not pleasant. I assure you though, I have saved you from certain nightmares. If, however, you find yourself curious about some weird sex terms that you have heard about through random conversations, please do your research. It is always better to know what something means instead of remaining ignorant. You have been warned though about the possible mental repercussions. So be sure that you are ready to find out what those weird terms may mean. Also, you should know that many times these made up sex terms are not real or are just not feasible. And remember to be respectful when using them in conversation, because many times these weird sex terms can be derogatory in nature.