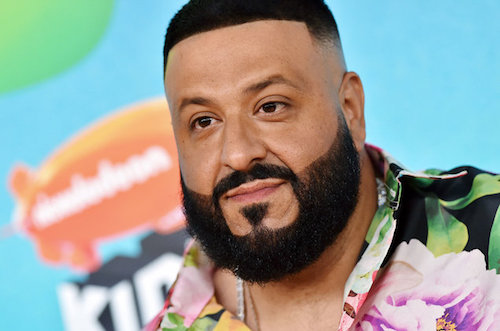 If you’ve ever been on social media, you most likely know who DJ Khaled is. Famous for his very creative and ever so frequent videos and posts on all social media platforms as well as his music, DJ Khaled, whose full name is Khaled Mohamed Khaled, was born on 26 November 1975, in New Orleans, Louisiana, USA. He considers himself a practicing Muslim and is very proud of his Palestinian ancestry.

He’s considered a visionary in the music industry because he’s able to recognize talent before everyone else. He believed in and worked with talents such as Lil Wayne, Birdman and many others long before they became famous.

DJ Khaled’s career in the big leagues began in 1998 when he moved to Miami to become a radio host. While in Miami, he started producing music for A-listers like Fat Joe, Akon, T.I, Fabolous and many other stars. By 2009 DJ Khaled had become a world star and a household name himself, he was made the president of Def Jam South Recordings, collaborating with the likes of Jay Z, Beyonce, and Nicki Minaj. He also launched his own music label called  “We The Best Music Group” and produced hit after hit. He rose to fame, the millions started rolling in and he hasn't stopped ever since. 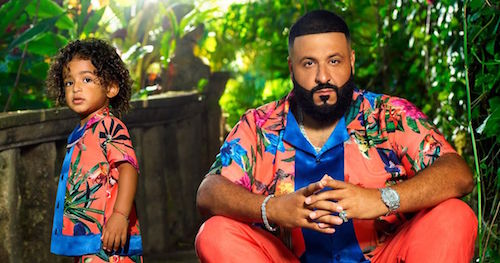 DJ Khaled and son Asahd on the cover of his latest album.

DJ Khaled is married to Nicole Tuck his decade long girlfriend and partner in crime (so to speak), the two love birds met at an event in the 90s, started dating and have been together ever since. Nicole was with DJ Khaled long before he became famous and she has always played a major role in his life and career, unofficially she’s her husband's manager. This famous show biz couple welcomed their first son Asahd Tuck Khaled in 2016 and he too has joined the family business of being famous. Join us as we take a tour into the glamorous life of Nicole Tuck and her squad. 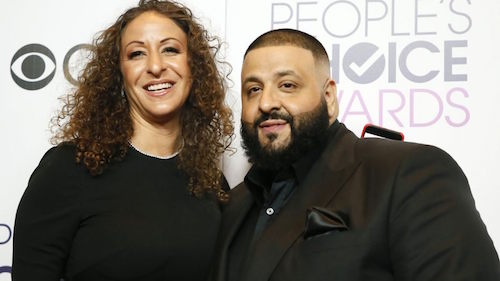 The beautiful Nicole Tuck is of Palestinian and African- American heritage, she was born in New Rochelle, New York State USA, on December 7, 1975, into an affluent family. She has two siblings, a brother Jonathan Tuck who was shot in the head a couple of years ago and a sister Freshie Tuck. She also has a very large Palestinian-American family she's fond of and loves spending time with. Though much is not known about her life prior to hitting the spotlight, it is well established that Nicole is a successful businesswoman. She’s well educated, founded her own apparel company and manages her husband's career with mastery.

Apart from being a dedicated wife, artist manager, and entrepreneur, she’s also a devoted mom. Wonder how this celebrity mom juggles all these roles and responsibilities while always looking so glamorous? Well, here are a few interesting facts about Nicole Tuck you should know. 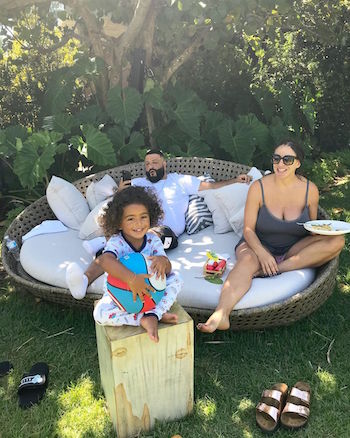 Nicole doesn’t say much about her parents and siblings but rumors hold that her family is wealthy and her father Elwood Tuck is a prominent and well-respected member of his community in their home town of New Rochelle, New York. She sometimes posts photos of her family on Instagram as they celebrate holidays and go on vacation, she was recently pictured traveling around Europe with her mother.

The happy couple has a son Asahd who is one of the most famous toddlers on Instagram. He has 1.9 million followers and he was named the executive producer of his father's latest album. Thanks to his superstar parents, baby Asahd has been to some of the most glamorous events in the music industry, everything from the Grammy's to MTV music awards, and BET awards. He has also met everyone there is to meet, from Niki Minaj to Beyonce and Jay-Z, name it Asahd has been there and has done it. He is also often seen rocking matching designer outfits with his father.

Unlike her Instagram-trigger-happy partner, Nicole prefers to keep a low profile, but every now and then she shares glimpses into the family’s everyday life in their Los Angeles mansion and from the look of it the family is ‘‘ living da life’’. 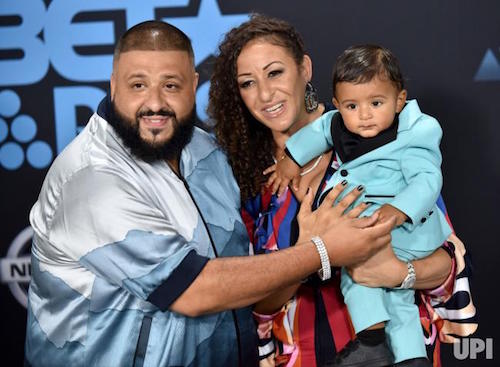 Coming from a family of entrepreneurs, it’s no surprise that Nicole is well educated and business-minded. She obtained a Bachelor’s Degree in fine arts from Marymount Manhattan College and a postgraduate degree in Business Administration from Fordham University.
Not much is known of her life prior to her relationship with  DJ Khaled or what she did after graduating, except that sometime in the 90s she decided to put her degree to good use and started her own clothing and apparel brand. 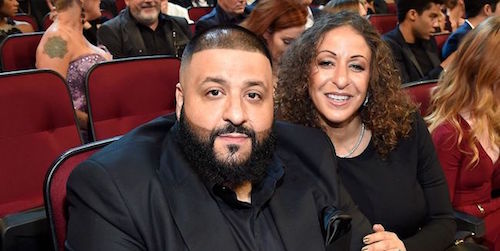 Nowadays, Nicole is DJ Khaled’s unofficial manager, though the couple hardly ever mentions it, their inner circle testifies that she handles many aspects of her husband's career and she does so quite successfully.

Prior to being DJ Khaled’s manager, she was the CEO of her own company, a clothing brand called ‘ABU Apparels’.  ABU which stands for “Always Be You” was a funky clothing and apparel brand that was actually big for a while. DJ Khaled her then-boyfriend was one of the main brand ambassadors for ABU, it also saw the likes of Akon, Ace Hood and other stars endorsement of the brand. The company made lots of profits for a few years but unfortunately, it didn’t last. She was forced to close shop when the company started registering huge losses.
Nicole is also very active in charity work, she's always posting about fundraisings and events surrounding the Hope For Harvest charity fashion show on her Instagram feed. It's easy to see that she's involved in this charity and the work they do. 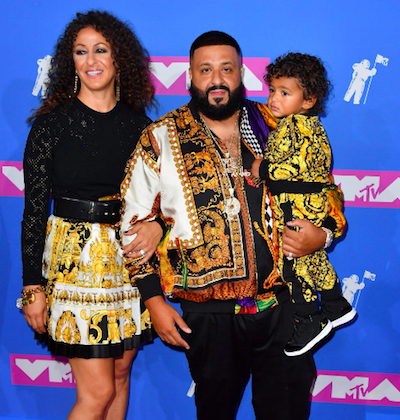 It’s almost impossible to pinpoint Nicole’s exact net worth separate from her husband’s. However, we all know DJ Khaled is loaded, as of 2019 his fortune is estimated to be at least $20 million. Yep!.

Our girl Nicole drives a $70,000 Bentley, the couple bought late actor Robin Williams's old mansion in Mulholland Estates, Los Angeles. To top it all up the happy couple also own a  $6 million Sunny Isles Beach in Florida. Not mentioning all the designer clothes, shoes and accessories this bunch enjoys wearing. 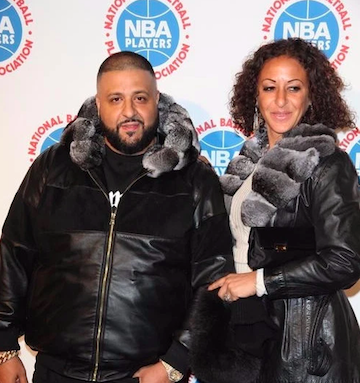 As compared to her husband who has been coined the “King of Snapchat”, Nicole is low key, but when compared to us mere mortals...well! She’s a socialite. She’s very much involved in fashion and though she no longer has a clothing brand she’s still part of the fashion industry. This can be seen in her numerous appearances in fashion shows and her interaction with Patricia Field, who is a long-time friend of hers. Nicole and DJ Khaled were present at the 2018  Miami Fashion Runway Show at the Wynwood Art Gallery.

Nicole has been known to go clubbing and attend lots of parties especially prior to becoming a mother. Nicole also made history by being the first woman to deliver a baby on Snapchat. DJ Khaled live-streamed her labor on Snapchat, yeah you heard right!. Everything from when she went into labor to the delivery of their son was shared with their fans on Snapchat.
She goes by the handle  @therealnictuc on Instagram where she has about  22.8k active followers. Feel free to check her out. 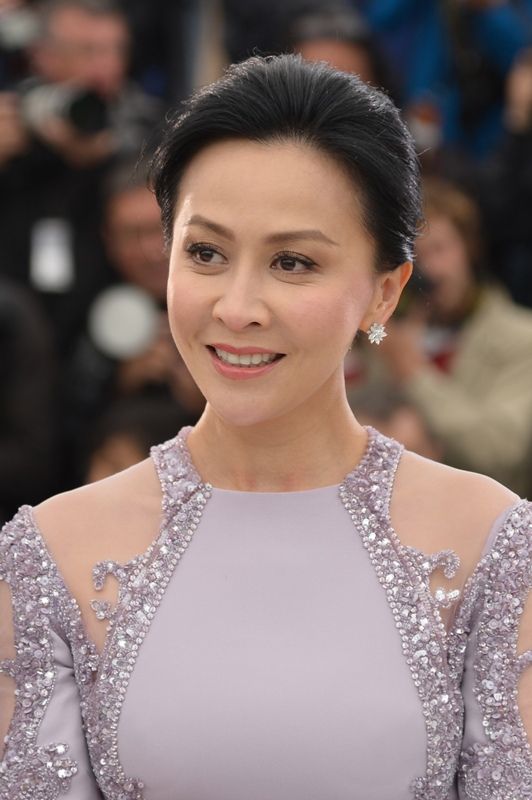 A female power with equally shining resume along with her husband 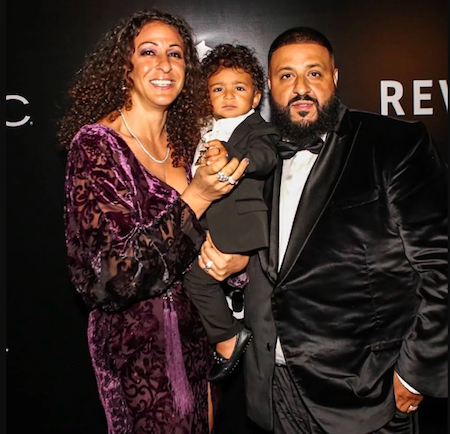 Surprisingly enough, it is believed that DJ Khaled and Nicole Tuck tied the knot shortly after their son was born in a private wedding ceremony. And ‘’Another One’’ as DJ Khaled would say, is on the way. The celebrity couple announced on September 12, 2019, that they’re expecting baby number two. The announcement was made obviously, through an Instagram video that has gone viral. The post was accompanied by a message thanking God and his queen (Nicole) for the wonderful gift of being a father once more. Many of the couple's friends and fans used this opportunity to congratulate them on this new addition to the Khaled family. And after all this, no one can argue the fact that they truly deserve the title of King, Queen, and Prince of social media.