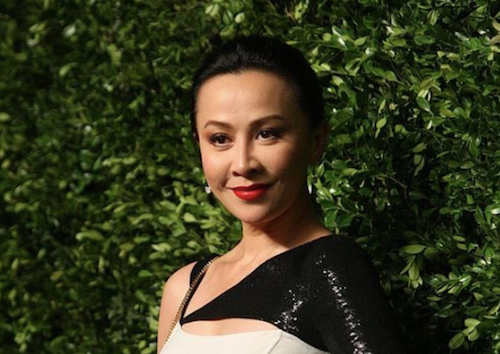 Carina Lau is a Hong Kong actress and singer who is adored by many for her incredible acting skills. She started her acting career in TVB, before going on to achieve success in films. She has won Best Actress Awards at the Hong Kong Film Awards and the mainland China's Golden Rooster Awards. She was also nominated at the Cannes Film Festival and Taiwan's Golden Horse Awards. She makes frequent appearances in the Hong Kong fashion scenes and is usually a patron of several charities.

In November 2013, she went to Shanghai to attend the "Mother and Child Peace Charity Dinner" of “Shanghai Soong Ching Ling Foundation.” She also participated in the charity event of the conservation of giant pandas in Chengdu; she came close to a one-year-old baby panda. In September 2017, Lau also participated in the 15th Bazaar Star Charity Night together with many other artists. She was the source of “Acceleration for love.” 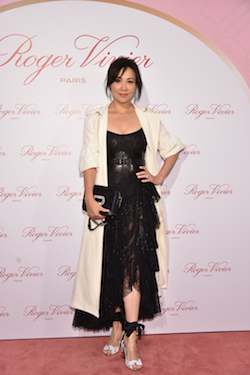 Lau was born in Suzhou in 1965. She moved to Hong Kong at the age of 15, where she joined TVB’s acting classes. Carina Lau holds both China and Canada citizenship. In 1988, she had a relationship with the Tycoon Julian Hui from 1986. They were engaged and lived together until Hui announced their split. She then got into a relationship with Tony Leung Shiu-Wai in 1989, and they got married on July 21, 2008, at the Uma Paro Resort in Bhutan. The wedding cost them HK$30 million and Lau’s Cartier wedding ring is worth over HK$10 million. Some of the guests included singer Faye Wong who performed for them on this special day and Hong Kong director Wong Kar-Wai, who also directed the wedding.

The couple said that they make their marriage last as a result of being supportive of each other despite their careers. 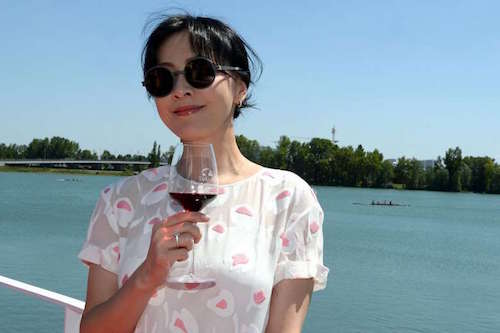 In 1990, during the filming of the film, Days of Being Wild, Lau was abducted for several hours, and topless photos of her were taken. It was believed that the man behind the abduction was Albert Yeung with whom Lau was having a financial dispute. In 2008, Lau revealed that she was abducted by four men working for a triad boss as punishment for having refused a film offer. She also said that she had not been taken advantage of during the two hours ordeal.

Another incident occurred in 2002 where her naked pictures were published in the East Week magazine. These photos showed Carina in distress, and as a result of protests and petitions, the magazine was shut down in 2002.

Early Career Of The Actress 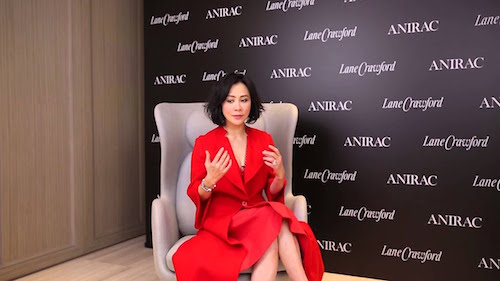 Lau had a lot of help and support from film industry veterans when she first entered the show business about three decades ago. She made her on-screen debut in 1984 in the film The Duke of Mount Deer. In 1989, she skyrocketed to fame when she played the role of a wealthy heiress in one of Hong Kong's most-watched series ever, Looking Back in Anger. In the same year, she was nominated for her role in Her Beautiful Life Lies for the Best Actress Award.

In 1991, despite being in some scandals, she received acclaims for her role in Days of Being Wild. She continued her career in shows and films like the martial arts epic film Savior of the Soul and Center Stage in 1991, Comedy dressing comedy He's a Woman, She's a Man and a romance Gigolo and Whore in 1994. In the same year, she was in the Wuxia Classic Ashes of time. In 1997, Carina Lau was nominated for various awards for the role she played in Inmates as Wan, a bisexual silk factory owner. 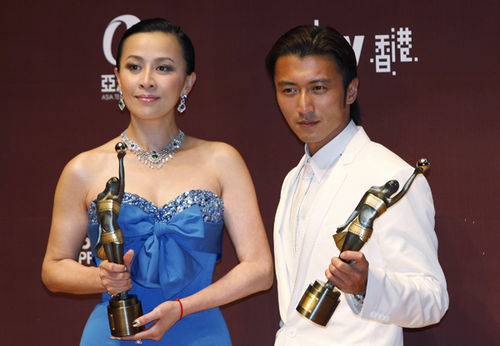 Lau’s international recognition was further increased in 2004 when she played the role of Hon Sam’s wife in the two Infernal Affairs Sequels and an android in Wong Kar-Wai’s 2046. She then played the role of Sarah Jessica Parker in the Hong Kong Version of Sex and the city which was then named Sex and the Beauties in 2004. In 2006, the low budget thriller Curiosity Kills the Cat won her great reviews along with the 2010 blockbuster Detective Dee and the Mystery of the Phantom Flame.

In 2013, Lau received a Best Actress Award Nomination at the Canine Film Festival for her role in Bends. Other movies she was in are 2014 being in love story and the Cairo Declaration. Since then, she was one of the celebrities making appearances in the Chinese reality Show up Idol and making guest appearances on other mainland reality TV shows. On April 25, 2016, Carina Lau’s wax figure officially made it to Madame Tussauds Shanghai and in July, she participated in recording the show We Are Here In the same month she served as the instructor of Growing Adults which is a motivational live-action documentary program. 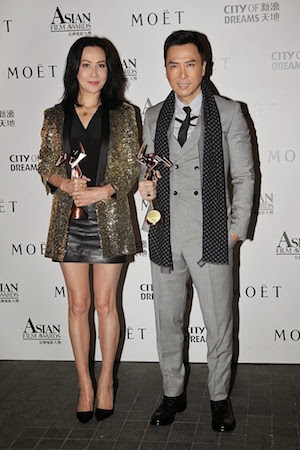 In June 2017, along with her husband, they were invited to become a member of the Academy of Motion Picture Arts and Science. In 2018 she was in the films Asura, A beautiful Moment and In Your Dream. Recently, this year, Carina Lau will be in some amazing productions such as Dynasty Warriors, Warriors of the Future, and Ban Sheng Yuan.

Throughout her career, she has had significant achievements. Some of her outstanding awards are;

All these among others are with regard to some of her best works. She has also been nominated for more than a handful of movies, and this has gained her, even more, recognition and growth within the years in her career.

Her character in the film Bound Men and Women is of her most dazzling roles. She reveals so much compassion. She also got a big breakthrough when she played a good wife and mother in the film Curious Cats.

Her Estimated Net Worth 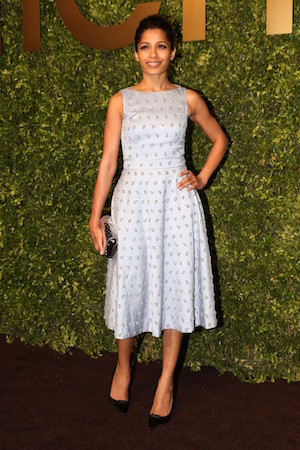 The net worth is calculated and fact-checked by the use of publicly available data to ensure that the estimates are accurate. At the age of 53, Carina Lau’s estimated net worth includes her salary, incomes, cars, and other properties she might own. Currently, her net worth amounts to approximately $100k and 1M dollars. Her primary source of income is her career of being an actress. According to CelebsMoney.com and CelebsDetails.com, she is one of the actresses who have done well. She has also invested in other industries such as fashion, watches, jewelry and bar and nightclubs in Hong Kong and Shanghai. She says venturing into different businesses made her a better actress and businesswoman.

She has a luxurious home in Hong Kong, which she shares peaks on her pictures to her Instagram followers. Her home is designed with a Victorian flair and a hint of the show in which Tony Leung Starred in the Mood for Love. The actress also opened a chain of three restaurants in a single location all at once. One is a modern-chic Japanese contemporary fine diner serving seasonal dishes from Kyoto and is called Kyo-Shun. The second one Zurriola and he third Tapagria, are both Spanish themed venues. Zurriola is a formal posh affair while Tapagria is a drinks and tapas place.

Related Article: Find out about Celebrity Moms and their Makeup routine 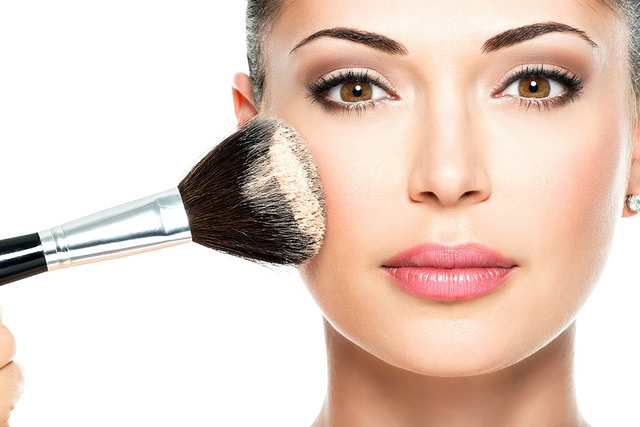 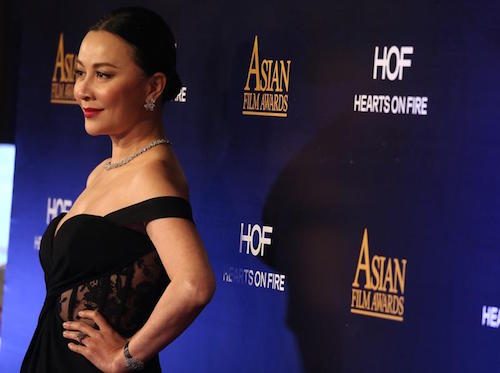 In the 1980s Carina Lau worked with her boyfriend Tony Leung Chiu, but they rarely played as a couple. She worked with Tony Leung Kar Fai in the 1990s and played a couple most of the time. While she may appear like she has got it all together, Lau says that it has not all been smooth sailing. She has learned lessons from ups and downs in her career, and that also made her a stronger person. She also mentioned that family support motivates her to wake up with a smile on her face every day.

Carina Lau is one of a kind goddess. Her 50-year-old skin looks fantastic, even without wearing heavy makeup. She easily fascinates her fans with an elegant smile whenever she is addressing them.