No matter what we do in life, our youth is going to fade away – that's a fact. No matter how gorgeous or breathtaking someone looks in their 20s, there’s going to come a time when it’ll all slip away, slowly but surely. However, some people in Hollywood make us question this bitter reality every time they appear on the screen, and this article is dedicated to those people exclusively. We’ve been seeing some of these stars entertain us for multiple decades, and they still look like they’re essentially the same age. Who are they? How is it possible? Is it all just the ‘movie magic’, makeup, and editing? To know all this, keep reading!

They've Got An Unbelievably Youthful Appearance

No, you haven’t traveled through time. Yes, these superstars are the same species as us, they’re all normal people. You’ve got to believe your eyes every time you see them even in this article; they are some of the hottest celebs out there who still haven’t shown any significant signs of aging. The first thought that comes to mind is “Oh, they’re showbiz people, they must be absolutely crazy about fitness”, but even that’s untrue. Not all of the people on our list are fitness freaks, neither are they easy livers. Actually, some of these are widely notorious party animals who never shied away from alcohol or caffeine, but are simply blessed with awesome genes and effortless stunning looks. 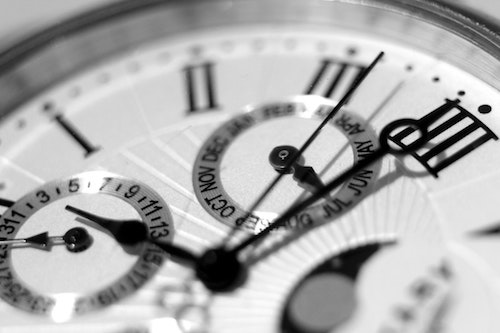 So, who are these Hollywood superstars who seem to have stopped the clocks for themselves? Which famous actors and actresses are just as hot as their youthful days (or even hotter)? These people will always be a dreadful reminder for having better genes than us and being hotter than us at any age without even using a time machine. Here’s a list of these celebrities – you could either get jealous or actually try to follow their beauty routines consistently. 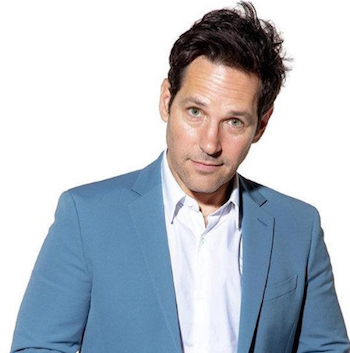 You must be familiar with the character of Ant Man; an important part of the gigantic ‘Avengers’ movie series. Paul Rudd has done an amazing job playing this role, and it’s his latest critically acclaimed acting work. However, he doesn’t even look anywhere close to being considered ‘old’ in any part of the movie. The role requires quite a bit of athleticism and a sharp-looking fit body, and Rudd doesn’t fall short in any of those departments.

His age might sound like an alarming flash of news for you, but he’s 50 years old. Yes, FIFTY years old. How is this even fair? Most of us have known him through his roles that date back to the previous millennium, which means he has been around for over a couple of decades. The only plausible explanation for his impeccably youthful appearance could be that; just like Ant-Man himself, Paul Rudd has also traveled through time! 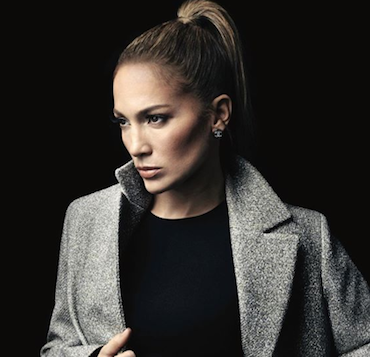 Here’s another unbelievably ageless addition to the list; J.Lo herself! There’s very little that this iconic celebrity hasn’t given a shot. She’s an actress, a phenomenal dancer, a singer (well DUH), a producer, a fashion designer, and also a successful businesswoman. Her career began almost three decades ago, in 1991, when she started dancing on “In Living Color” as a fly girl. Later, she decided to give acting a shot, and debuted her career in 1993, in the movie “Nurses on the Line: The Crash of Flight 7“. We all know her for the absolute bangers she’s created in the world of Pop Music – I mean who doesn’t still love listening to “On the Floor” every now and then?

It’s almost impossible to accept that she started off her career three decades ago, mostly because of her flawless skin, fit body, and alluring sex appeal. This icon is also over 50 years old, but looking at her, someone’s wild guess would be nowhere close to that. 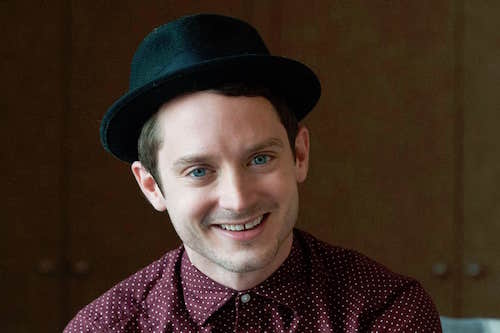 Most of us know him by his iconic role of Frodo Baggins in the Lord of the Rings film trilogy. He’s been the friend of every boomer’s childhood, and it’s hard to imagine him getting ‘old’. However, time stops for absolutely no one, and even the innocent and brave little Frodo Baggins has grown close to his 40s. However, to this day, no photo of this actor even hints at him being anywhere close to his actual age. He might not look as young as he did in the LOTR series, but he definitely doesn’t look a day over 29.  His film debut as a child actor, which was a small role in Back to the Future II, dates back to 1989! That’s thirty years ago, yikes! 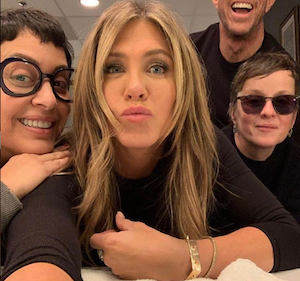 Here’s an actress who has been the definition of ‘sexy’ throughout her life. Hardcore “Friends” fans know her as Rachel to this day, and she still holds a special place in every boy’s heart from that era. She was the ultimate crush of everyone back then, and her appearance has aged like fine wine. She was obviously a hottie back in 1994 when the first episode of Friends aired, but even two decades later, she effortlessly played the role of a smoking hot stripper in “We’re the Millers” in 2013. The actress also turned 50 this February, how shocking is that? 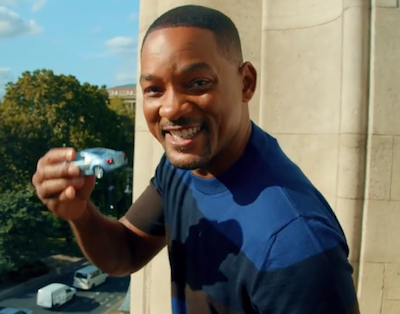 The fresh prince of bel air still looks as fresh as morning sunlight! We’re talking about none other than Will Smith, who has always had a huge influence on Hollywood ever since his debut back in the 1980s. He has successfully played and rocked roles in all age groups of men. He’s played a teen in the 1990s show “The Fresh Prince of Bel-Air”, a middle-aged struggling father in “The Pursuit of Happyness” in 2006, and even an ever-living Genie in “Aladdin” this year! He’s still more in and active on Instagram than most other young celebrities, and this legend refuses to grow old. He’s 51 years old, and you still can’t find a wrinkle on his face! 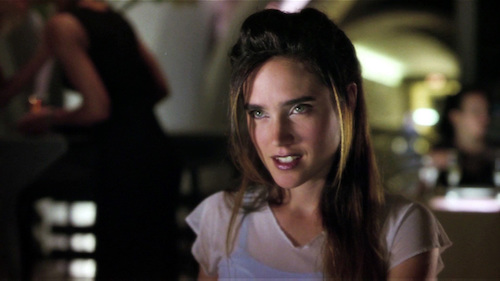 She’s the embodiment of eternal beauty, every man would agree with that. One of the earliest to begin her career in the modeling and acting world, she’s been around for over 38 years in the industry! Frankly speaking, she doesn’t even look 38, but that’s just her career’s age, she herself is actually 48 years old – yep! She entered in the advertisement industry as a child model at the age of 10 and later began auditioning for acting roles at 12 years of age. The same year, she was selected and starred in the epic “Once Upon a Time in America” in a supporting role. Her most recent appearance, as Dr. Chiren in “Alita: Battle Angel” has proved the timelessness of her beauty. 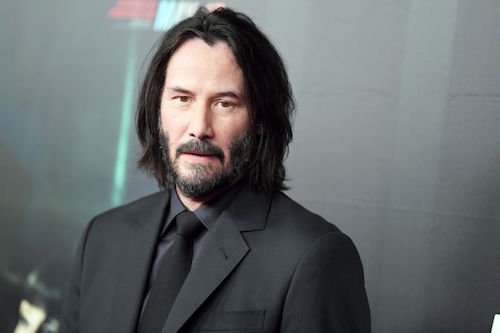 The memes about Keanu’s ‘omnipotence’ and ‘ever-existing’ secrets are funny and all, but on a serious note, is he actually immortal? The star of 1999’s blockbuster Matrix movie, still looks just as youthful and swift in his John Wick movie trilogy. He was every girl’s crush, appearing in movies like “The Matrix” and “Speed”, and to this day, girls go crazy over Mr. John Wick! At the age of 55, he’s still ruling the box office with all these John Wick sequels. He seems to have gathered fans from all generations and age groups, and we couldn’t help but include him on this list. 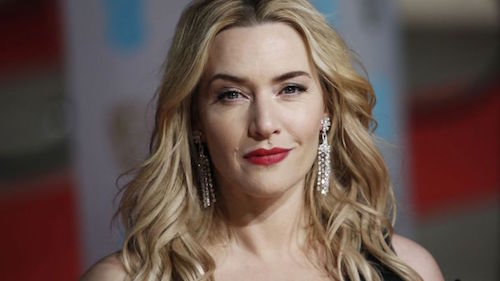 Kate Winslet stole the hearts of millions of men from all around the world through her role in Titanic. No one has forgotten the breathtaking gorgeousness of Rose in that timeless classic film, and rightfully so. To this day, even at 44 years of age, Kate Winslet looks just as beautiful in any interview, award show, or function that she appears in. She’s set to play the role of “Ronal” in the much-anticipated sequel to Avatar, and we can’t wait to see her steal the show again. Some of her latest movie appearances, such as “The Mountain Between Us” and “Collateral Beauty” prove that her genuine beauty hasn’t faded away the slightest bit. 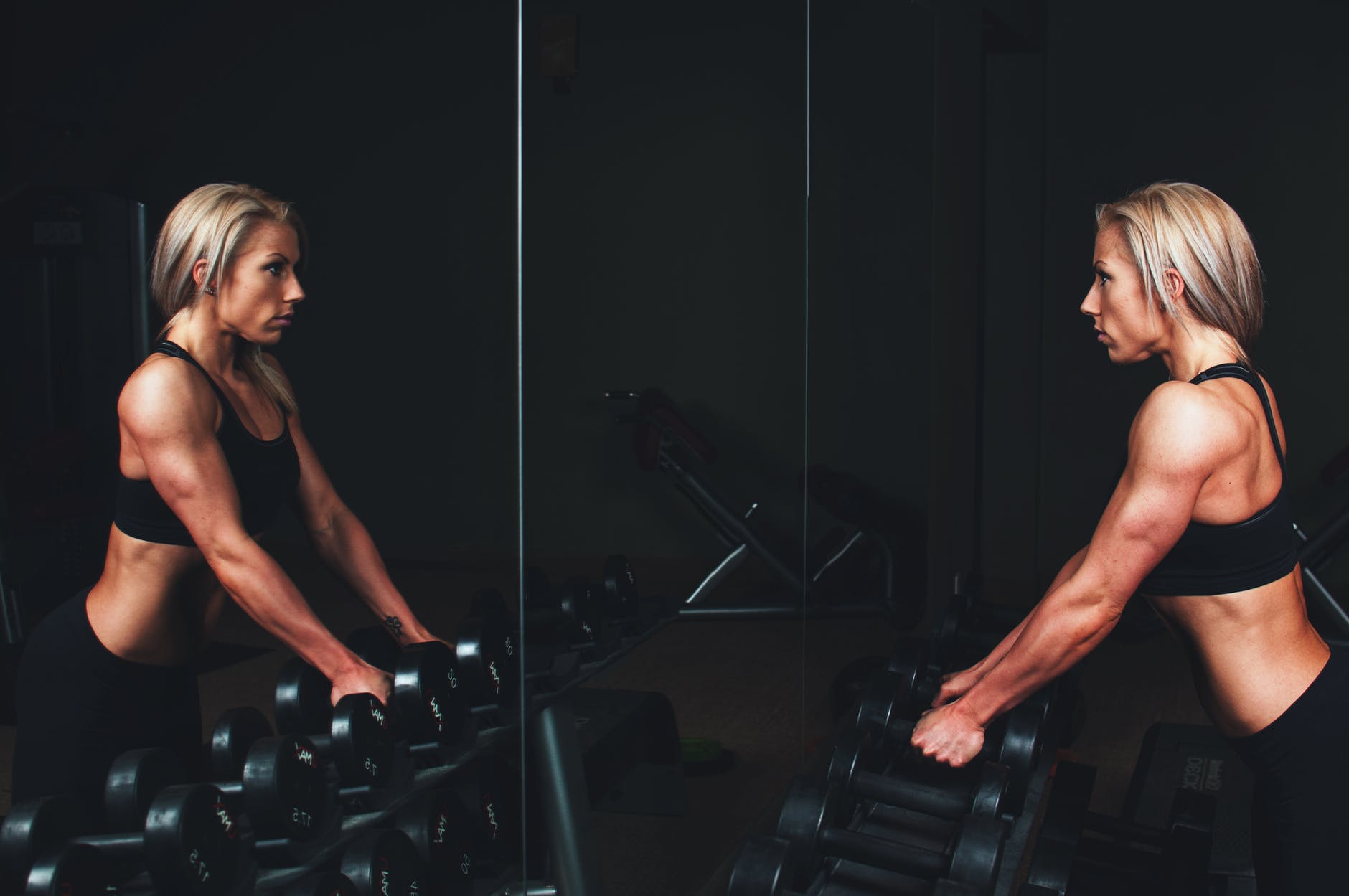 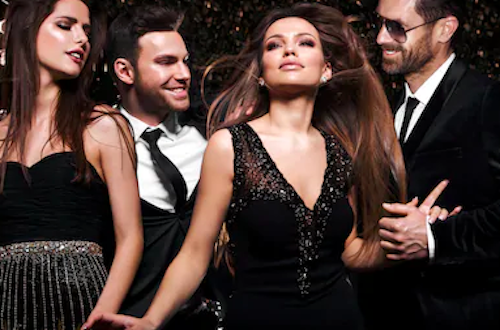 From all areas of the entertainment industry, it’s easy to find such examples of ageless beauty. You could find them in the world of music, sports, television, and sometimes even in politics! However, we’ve directed our focus to actors and actresses with a perspective of some other iconic roles that they've played during different periods in their lives. We’ve seen them grow old before our eyes in changing roles. However, some of these actors could still play the role of a high schooler without anyone in the audience found it odd. Yes, it doesn’t seem fair to the masses, but these stars somehow look absolutely the same even decades after their debut.