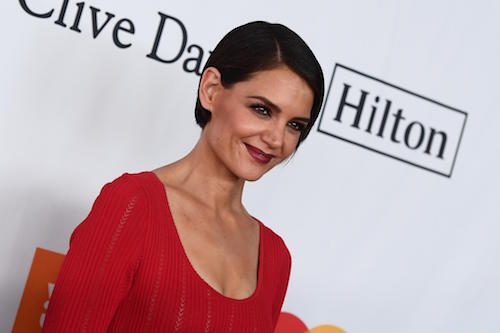 The Way to Get Attention on the Red Carpet 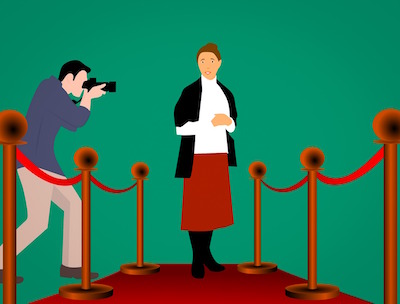 Celebrities always have our attention primarily because they are such big stars and also because they give us reason to pay attention to them. While we appreciate their art as actors and singers, what makes celebrities memorable is more than just their performances it is also their personal life, the scandals that surround them and of course their wardrobes.

16 Celebrities Who Had Shown Breast or Butt Cleavages 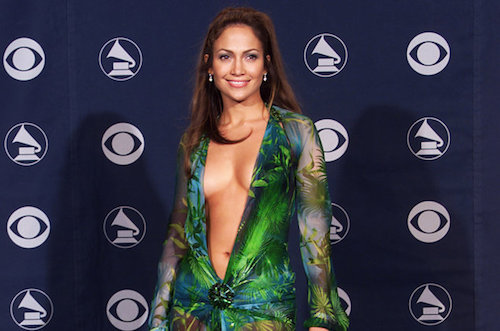 One of our favorite singers and a style icon Jennifer Lopez has made a mark for herself in Hollywood as one of the sexiest stars alive. The actress and singer who barely seems to age and only looks younger with time are still remembered for her 2000 Grammy Awards Gown which displayed her front from cleavage to the navel. 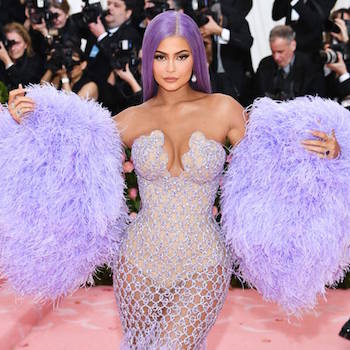 Also known as the youngest self-made billionaire, Kylie Jenner has more than once stole the show with her talent and style. Her style has dramatically evolved over the years and recently her wardrobe has featured some steamy dresses that turned quite a few heads. Be it her golden dress that she wore at the Bieber’s wedding or her lavender gown at the Met Gala, Kylie has definitely worn some baring pieces. 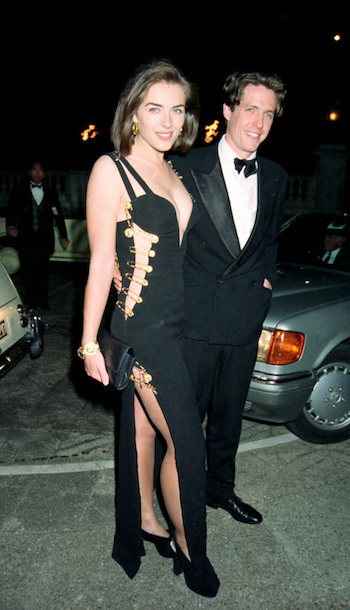 Another unforgettable dress that perhaps was way ahead of its time was the black plunging dress that Elizabeth Hurley sported in 1994. At the premiere of Four Weddings and a Funeral, Hurley displayed her assets in a plunging black dress and the dress was sewn together with gold safety pins that gave a generous look of her sides and complimented her curves. 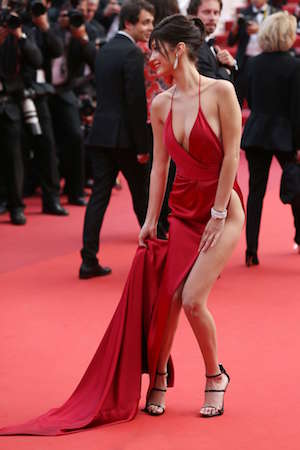 The elder sister of the superstar model Gigi Hadid and an equally successful model herself, Bella Hadid has worn some iconic pieces on the red carpet. Not only is the beautiful model a Victoria Secret Angel she has owned the red carpet as much as she has owned the ramp. Perhaps her most famous look was the one at the Cannes Festival in 2016, where she wore a brilliant red dress with a plunging neckline and a slit all the up to her pelvic bone. The gorgeous Alexandra Vathier Couture dress did little covering and more showing of Hadid’s model figure and did justice to her cleavage. 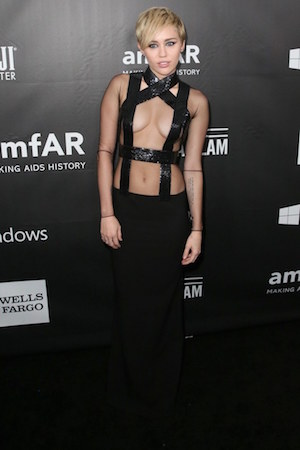 Once Hannah Montana and a Disney star, Miley Cyrus has grown from a sweet girl next door to the ultimate sex symbol for her generation. While once she dressed more conservatively, Miley has since then evolved her style and her wardrobe. With provocative music videos and equally provocative TV appearance Miley has successfully shunned her old image of the sweet girl and has embraced her womanhood. One look that is worth remembering is her belly-baring, cleave enhancing dress at the 2014 amFar Inspiration Gala. 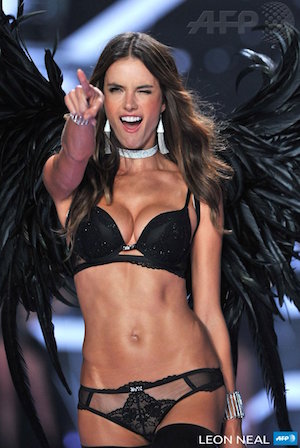 The gorgeous Brazilian model has attracted the eyes of many because of her beautiful figure and her role as a Victoria Secret angel and spokesmodel for the company. The Brunette has flaunted her cleavage and exquisite figure on more than just the ramp. One of her most famous looks has been the strategic black squared dress that she wore at the 2014 Victoria Secrets Fashion Show. The dress accentuated her bosom while being equally baring. 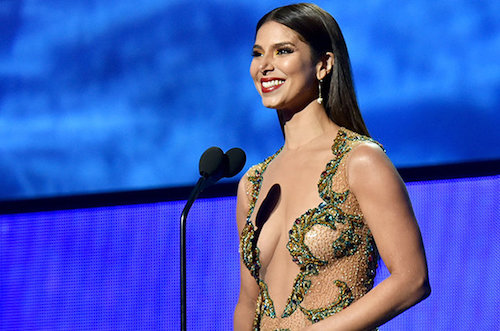 At the 2014 Latin Grammy Awards, the Puerto Rican beauty flaunted more than just her cleavage. Wearing a skin-colored net dress with an intricate design the multi-talented model, actress, singer, and producer awed the audience with her gorgeous legs and her curves. 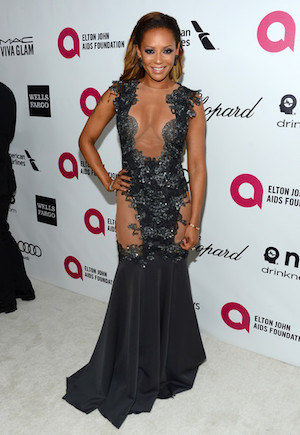 The famous singer from the equally famous band Spice Girls was a sight for sore eyes when she wore a gorgeous sheer, body-hugging dress at the 2014 Elton John’s AIDS Foundations Oscar viewing party. The singer's grey dress exposed her cleavage as well as her sides while accentuating her curves. 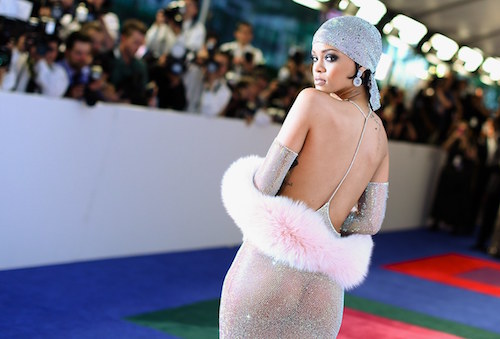 One of our favorite singer Riri also known as Rihanna has awed us with her unique sense of style over the years. It’s not just her music videos that leave us wanting for more but it is also her sense of style which makes us starry-eyed. One of the most memorable looks that the star sported was at the CFDA Fashion Awards in 2014 where she wore a sheer see-through gown, with loves and some fur. Not only was the gown see through it also highlighted her beautiful butt. 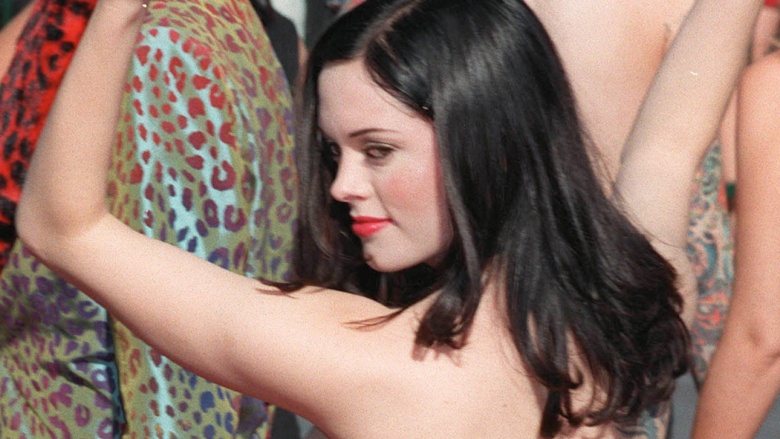 The beautiful actress, activist, and model, Rose McGowan was perhaps one of the first few celebrities to make an appearance in an almost naked dress. The actress wore a black beaded knee-length gown which displayed her naked body and her black thong. Since then she has been a symbol for naked dresses at The MTV Music Video Awards and many stars have tried to emulate her style by showing off their butt cracks and their bosoms.

The beautiful singer and the former member of Destiny’s Child Toni Braxton have made more than just a music mark. One of her most iconic looks has been on the red carpet where she has flaunted beautiful and bold dresses. One such look was at the 2001 Grammy’s Awards where Braxton wore a White gown with slits all the up to her navel and that flaunted her beautiful legs and her butt. 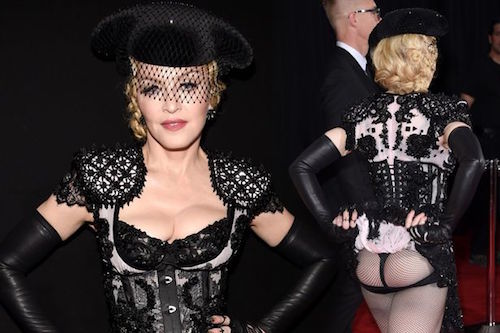 The queen of pop and our hearts Madonna has been a music icon for all pop princesses. With her outrageous red carpet looks, her equally enthralling performances and her provocative sense of style, Madonna has made a mark for herself on the red carpet. While there are many memorable looks that left us speechless, Madonna’s butt crack was the talk of the show at the Grammy’s in 2015. While her dress otherwise tame did malfunction with Madonna’s butt crack making the news. 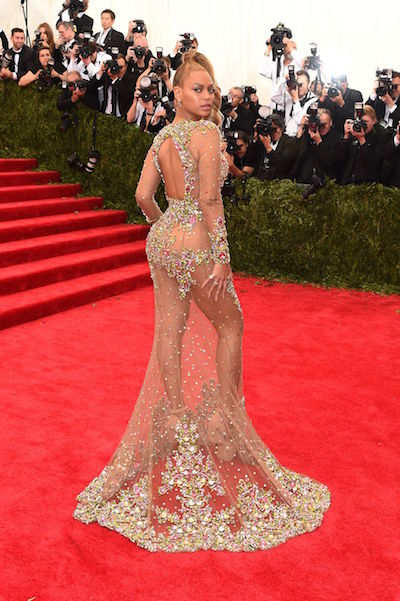 Queen B is not just a music queen but also the queen of the red carpet. The amazing singer Beyoncé has not only awed us by her vocals but also with her enviably delicious curves. Perhaps one of her best looks that flaunted her figure was the sheer bejeweled gown that she wore at the Met Gala in 2015. While the jewels were strategically placed to hide the more private part we all got to appreciate her gorgeous curves and lines. 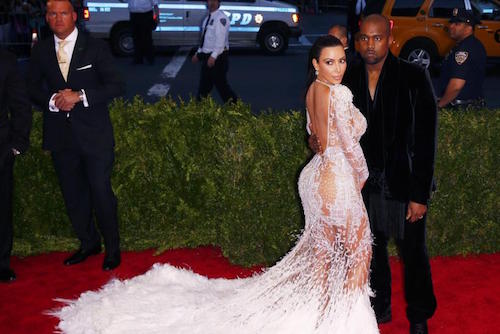 The Kardashians have scandalized us and been a treat for the paparazzi for more than a decade now and Kim never disappoints. Sporting a see-through, intricately worked, net dress, Kim made a presence at the Met Gala in 2015 with her husband. Flaunting her curves and her famous butt, Kim gave us all booty goals for the year. 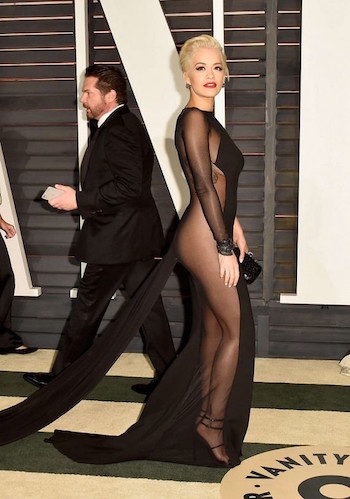 The beautiful singer is more than just her voice and has attracted the attention of her fans through her red carpet looks. In 2015, the singer wore a beautiful black gown which displayed her behind at the Vanity Fair Oscars party. 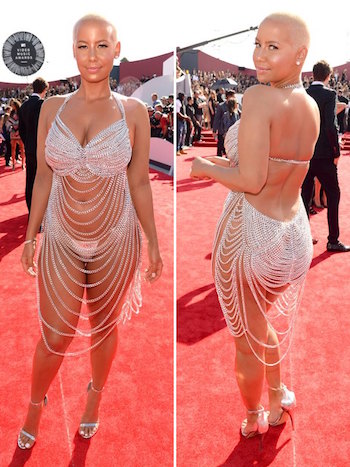 Amber Rose brought back the naked McGowan look to life at the MTV Video Music Awards in 2014. Rose wore a beautiful silver dress by Laurel DeWitt which flaunted her curves and her nearly naked body. The dress highlighted the actor/models booty while bedazzling all the onlookers. 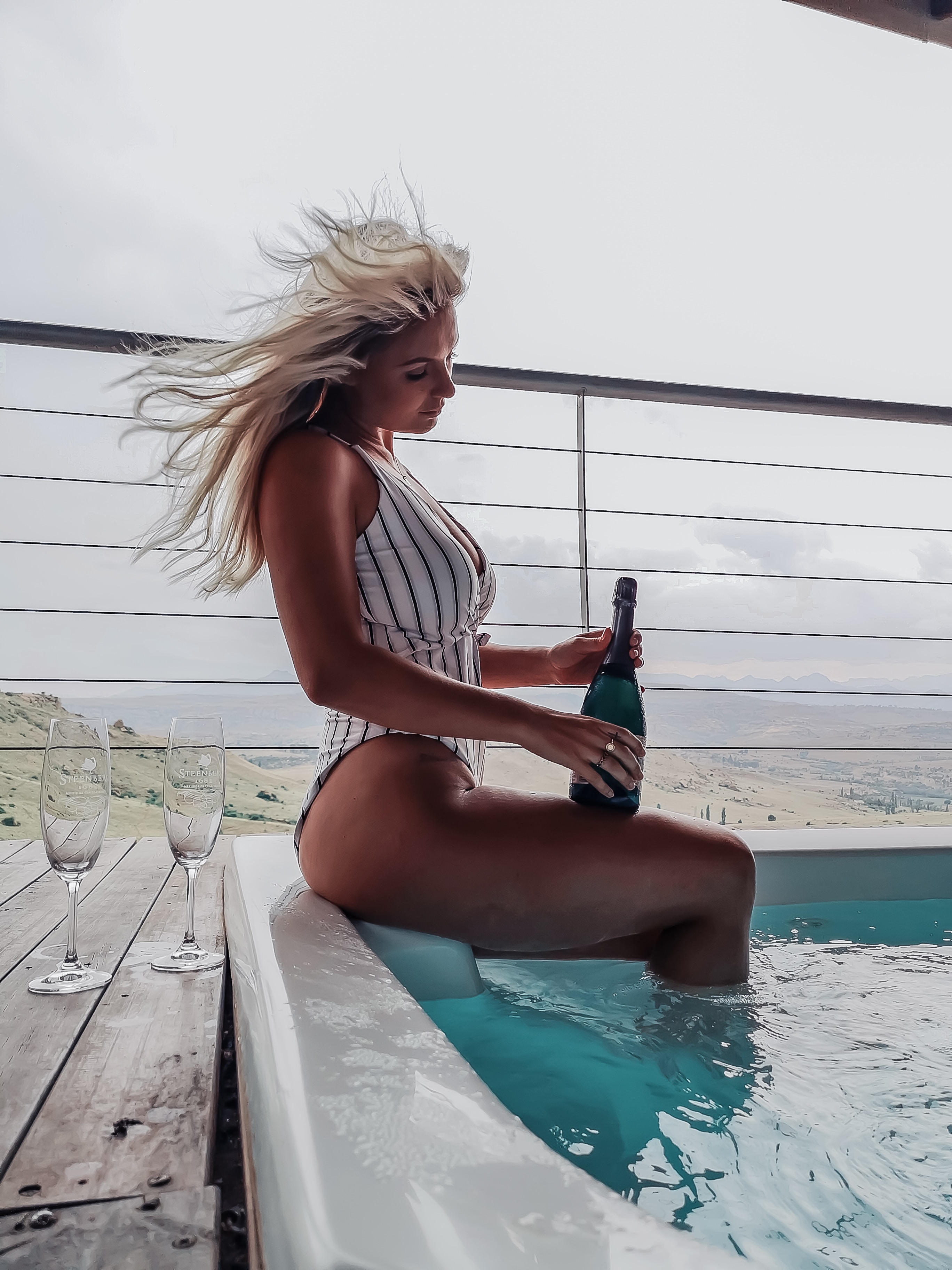 If these are the ONLY choices, which is most important to a man? 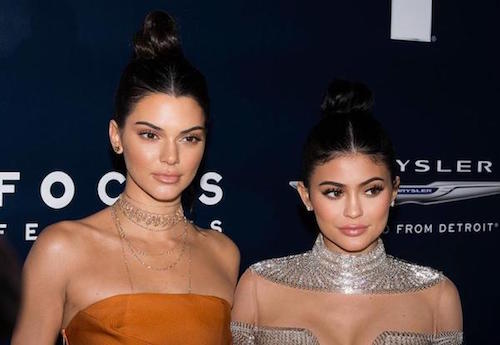 In today’s world where fashion rules the entertainment industry celebrities have added pressure to dress to impress or at least to dress to leave an impact. Whether they sport an expensive Chanel gown or wear something edgy, they are bound to attract the attention of the paparazzi and their fans. From baring butts to baring cleavages, celebrities have done it all for the spotlight.