Who Is Roxanne Shante? 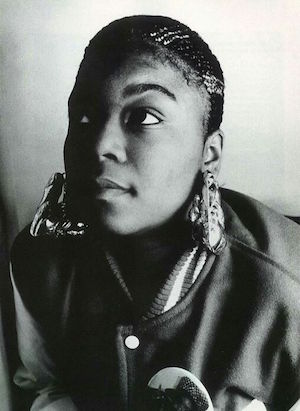 Do you know what it means having a visible and big profession success? Well, everyone agrees that fame doesn’t come easy. It’s through determination and hard work that you will realize your ‘fame fruit’ in the public eye. Many have tried, but they didn’t reach their peak, but this young girl never looked back.

It’s amazing how the youth are raising their stars to fame while still young. So is the story of one most feared emcee and rap pioneer Roxanne Shante. Known for her sharp razor disses, she was a darling to many. That’s why today, for the first time, you get to meet Roxanne Shante - The real story!

Everything you need to know about Shante is right here. Therefore, look no further than in this article. Let’s jump in, but first, you must wonder who Roxanne is. 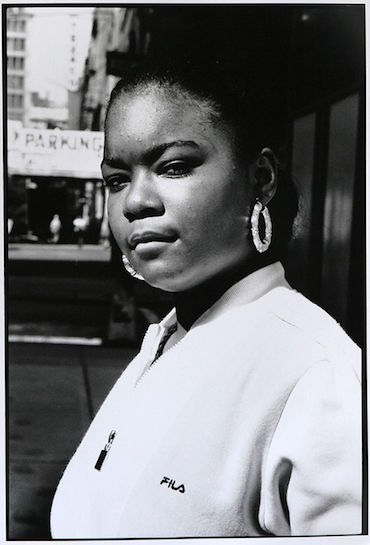 A decade before Nicki or Cardi, there was a young girl who battled her way to the top. Roxanne Shante, an American teenager from Queens in New York. A local hip-hop rapper and musician rose to hit the single as a first female. Born in 1969, Shante has hip-hop genres, though also an ‘Emcee’ by profession.

Have you wondered how someone becomes a rapper? If yes, then here is one story that will give you all the answers you need. Roxanne’s rapping talent started at nine. She later changed her name from Lolita to Roxanne at fourteen years.

In the mid-80s, her brassy and confident voice was her pride. Being a solo female rapper with her first hit Roxanne’s Revenge was her starting point. Shante has not called it to quit but only retired from the recording industry at 25. However, she continues to mentor young female artists in the hip-hop business.

How She Rose To Fame 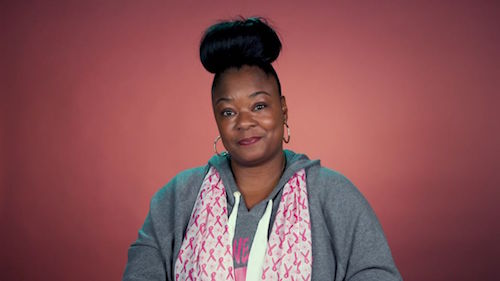 It’s in every girl’s dream to shine in their career. After watching Nipsey Russell on TV, Roxanne Shante quickly went into diligent practicing. Forging a firm grasp on rhyming that saw her rhyme on any subject at eight years.

The rapper pioneer’s talent encouraged her mother to sign her up to a challenge rap when she was only ten. What happened next? She walked away with a prize money tag of $50. If that is not encouraging, then you are wrong. As if that was not enough, she acquired something else. The win gave her the title of ‘Queen of Queens,’ and she instantly became a local celebrity.

One December night in 1984, a teenager’s voice broke across the airwaves of a popular rap radio in New York. Nothing was slick about it; neither was there any hook; Mr. Magic’s Rap Attack Show was on fire. What filled the air was nothing but the rhyming from the young MC calling herself Roxanne. 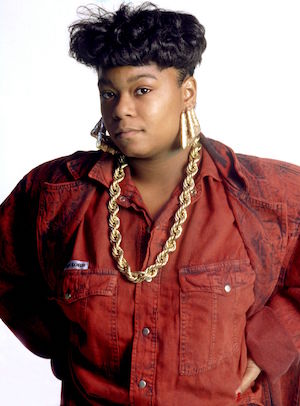 The name Roxanne Shante might not be familiar with today’s hip-hop fans. Nevertheless, during her highest moments, this celebrated rapper was a force to reckon with! Coming from Queensbridge - home to hip-hop stars like Mobb Deep and Nas was a challenge. “Being able to rhyme always about everything,” she says.

However, that did not discourage her, pushing her career at higher levels in her thoughts. Here is what she had to say, “Hearing other people battling from the window and thinking, ‘Just wait until my turn comes’.”

The hip-hop pioneer rose to fame by gaining her first significant attention with the start of ‘Roxanne Wars’ in the mid-‘80s. Her distinctive and fearless voice saw her being the only female of the ‘Juice Crew,’ a hip-hop collection. She is also a founding member.

Her Relationships: Family and Husband 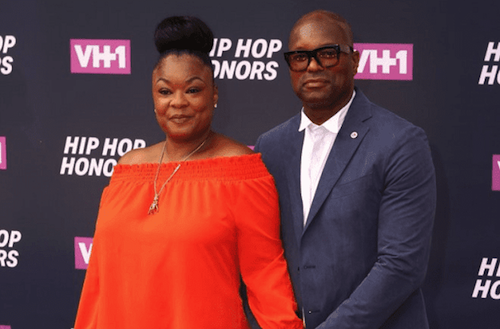 No fame comes without a scar, Roxanne reveals being a two times survivor of breast cancer. Her Instagram page shows her scar pictures, and this is to encourage other women to stay positive and love their boy.

Roxanne is the proud mother of a daughter and three sons. Her children are Chris, Tajze, Kareem, and Randy.

For Shante, success came, but so did her relationship dilemmas. Married happily but not to her abusive baby daddy - James Cross. The attacks forced her to quit the relationship after suffering several physical waves of abuse.

It would interest you; she is still active in her activities around New Jersey, where she lives with her husband. They both run an NGO based on education called ‘Mind Over Matter.’

As far as the pioneering star is concerned, resting on her laurels is not her piece of cake. On certain occasions, she accepts to perform live shows, events, and ceremonies. You may also see her make appearances as a guest on television shows. Her series of Sprite commercials may have popped up on your television in the late ‘90s. 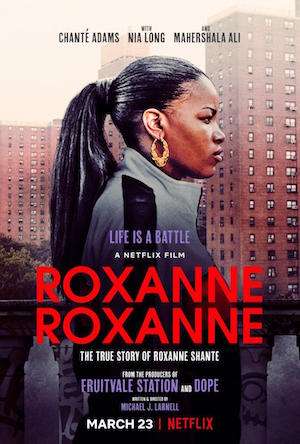 In most incidences, biographical films take a much more creative license with a person’s life history. But when you want to get everything about Shante, the subject of Netflix’s biopic, then watching her new film is a significant step. Bouncing back to the trade saw her do the movie before even being old enough to drive!

Roxanne grew up as a fierce teenager from the Queensbridge projects.

Shante’s depicted life was in the 2017 film. Netflix added new titles to its brand. Guess what? Women are at the forefront. Meet Roxanne Shante - The Real Story new feature film known as Roxanne Roxanne.

Starring in the big screen is actress Chante Adams, who acts it all out. She tells the tale of a striking pioneer Shante, a young woman with impeccable music flow. Things get interesting when the film’s director takes a new approach to the story. He frames the rapper as an independent woman who tries to oppose the streets’ sinister nature. 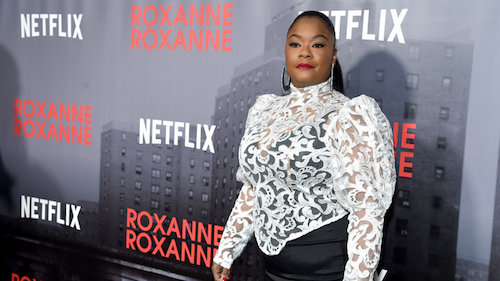 Based on a real story, the film reflects the MC’s rise as one of the best rappers. Her endless physical fights from the ex-husband and the struggles. Overall, her ability to rapping is a big secret at this point in this exciting story.

“I love her because she understood that her job was never to be a superstar. But to open doors for people such as Queen Latifah, Salt-N-Pepa and Cardi B,” said Adams, who is the main star in the set.

This is what the legend rapper says about the film. "I don't say it's just my story; I say it's everyone's story." The Netflix film brings out all the good and the bad. It doesn't leave out the ugly features that happen because of too much exposure too soon. Other appearances are Elvis Nolasco, Sheneli Edmonds, Kevin Philips, Nia Long, and Mahershala Ali.

As the saying goes - ‘No sweat flows unnoticed,’ at the Sundance Film Festival in 2017, Roxanne Roxanne got positive reviews. 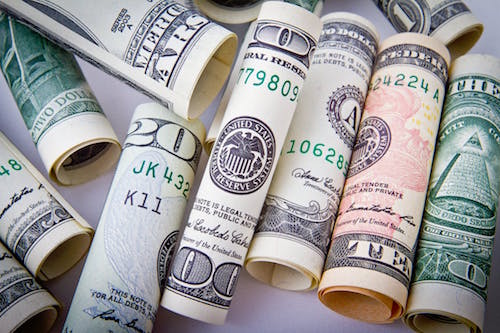 It’s no secret that rappers are some of the richest celebrities. They are notorious for their fancy cars, extravagant purchases, and huge houses, to name a few.

Roxanne lost much income out of her contract and royalties during her shows and tours. Nevertheless, with this re-emergence of telling it all film airing on Netflix, there is hope for an increase in her net worth. Her primary source remains her raps.

Although it’s relatively easy to guess her income, it’s difficult to know her operating expenses over the years. Famous people don’t expose their exact net value, so Shante’s online estimation may vary.

Net worth judges an individual’s present financial situation, to gauge the exact net of a celebrity is hard. However, records show that as of 2019, the scorpion star sign net worth is an estimate of $500 thousand. It might interest you to know that she is among the 20 richest female rappers worldwide by 2019. 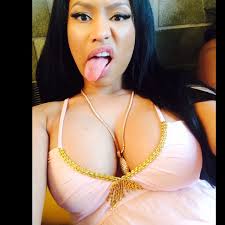 Today we present to you the award-winning rapper and songwriter Nicki Minaj. Read on for more insight into her life, career path and net worth. 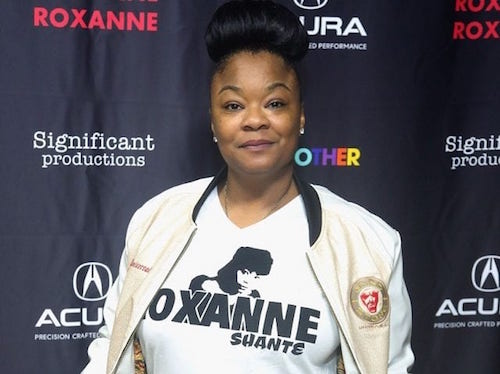 Over to you, why not catch up with Shante’s new movie and get motivation from her life story. For sure, there is a lot to love about this amazing woman, from rising to fame, her relationships and family, her film & raps, and her net worth.

If you want fame through rapping, then get it. This real story should inspire you as a young teenager to act now if you haven’t started. Don’t wait; your talent is waiting for realization! Do you have more juicy stuff on Roxanne Shante? Then share it in the comment section.