Traditionally, modeling has always been considered a job that pays well for practically doing nothing. The ideas surrounding modeling are that the benefits outweigh the effort. These are misconceptions regarding this industry. This occupation has its hard work just like any other job and it is not at all an easy task to be a model. With shoots sometimes going into the late hours of the night and insane pressure to keep your looks and body “on-trend” makes modeling a profession just as hard as any other. Since age-old modeling has been a career that an overwhelming amount of people opt for, with the industry being so saturated, it can be really difficult to make a name for yourself unless you have contacts. But every success story has a ton of effort and struggle with failure behind it.

Bernice Burgos is one of those strong women who have successfully made her place in the modeling industry. Bernice was born on the 17th of April 1980. She is from The Bronx in New York, United States. She wasn’t born into a very posh or wealthy neighborhood but for her early childhood, she lived with her parents. Bernice has Puerto Rican ancestry and grew up in the tri-state area. It was a region between Connecticut, New Jersey, and New York. When Bernice turned fifteen, her life took a complete turn. She got pregnant at such a young age and it was not at all easy. Keep reading further to find out what really happened after her pregnancy.

What Is She Famous For? 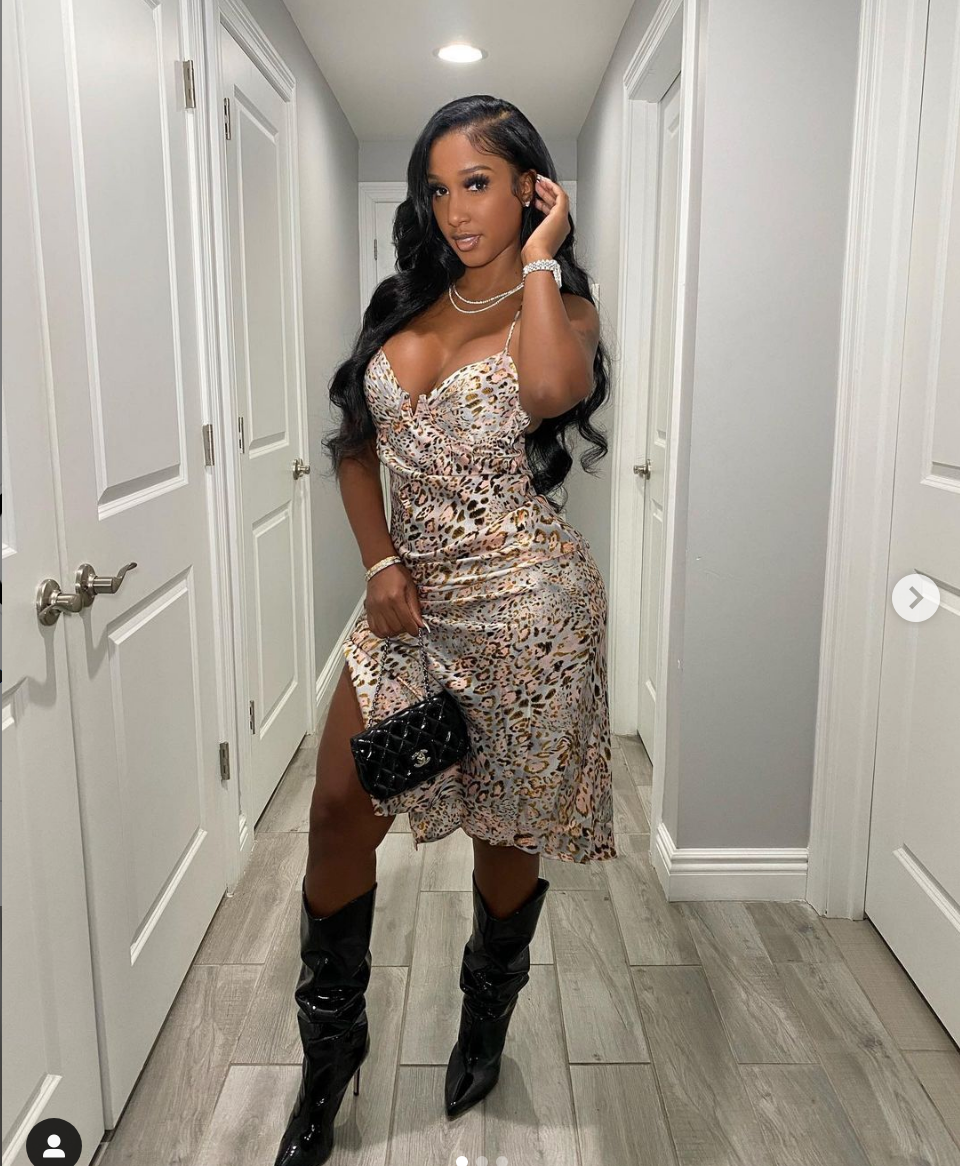 Bernice Burgos is a woman with many talents. She has modeled for a handful of magazines and brands even though she is of average height. Models are generally required to be taller than the average person but in the case of Burgos, she could book jobs and clients despite her height. Reportedly, the beauty is only 5 feet and 7 inches in height. Apart from modeling, this woman has been doing so much.

She has also been in many music videos of big and pop stars in the music industry. She played the role of a “vixen”, which can be considered as a dancing or acting role in a music video.

The first music video that this hotshot model appeared in was by the singer/rapper J. Cole. J. Cole with a net worth of around 60 million US dollars as of date, released a song called Workout. The song as well as the music video was made public on YouTube around 9 years ago in 2011. The video gained thousands of views and was loved by fans! A year later Rick Ross released his song and music video titled “Diced Pineapples”. This was another project where Bernice lent her curvaceous looks.

In addition to the J. Cole video, Bernice Burgos was also a featured vixen in Drake’s music video. Drake is not a name unknown to most of us. We love the rapper for his charming personality, good looks, and of course his amazing music. Being in a music video for a star as big as Drake is bound to take you places. The song was a collaboration between two pop stars Chris Brown and Drake. It was called No Guidance and was released in the summer of 2019, around July. The video currently has over 200 million views on YouTube! It became much more popular a year later in 2020 when the song became a trendy sound on the social media platform, Tiktok.

Bernice also made it to the music videos of “Southern Hospitality” by singer Hal Linton and star Jaheim’s “Ain’t leaving without you”. To say the least she is doing good and is well acquainted with various singers, rappers, and other celebrity icons.

What Is Her Net Worth? 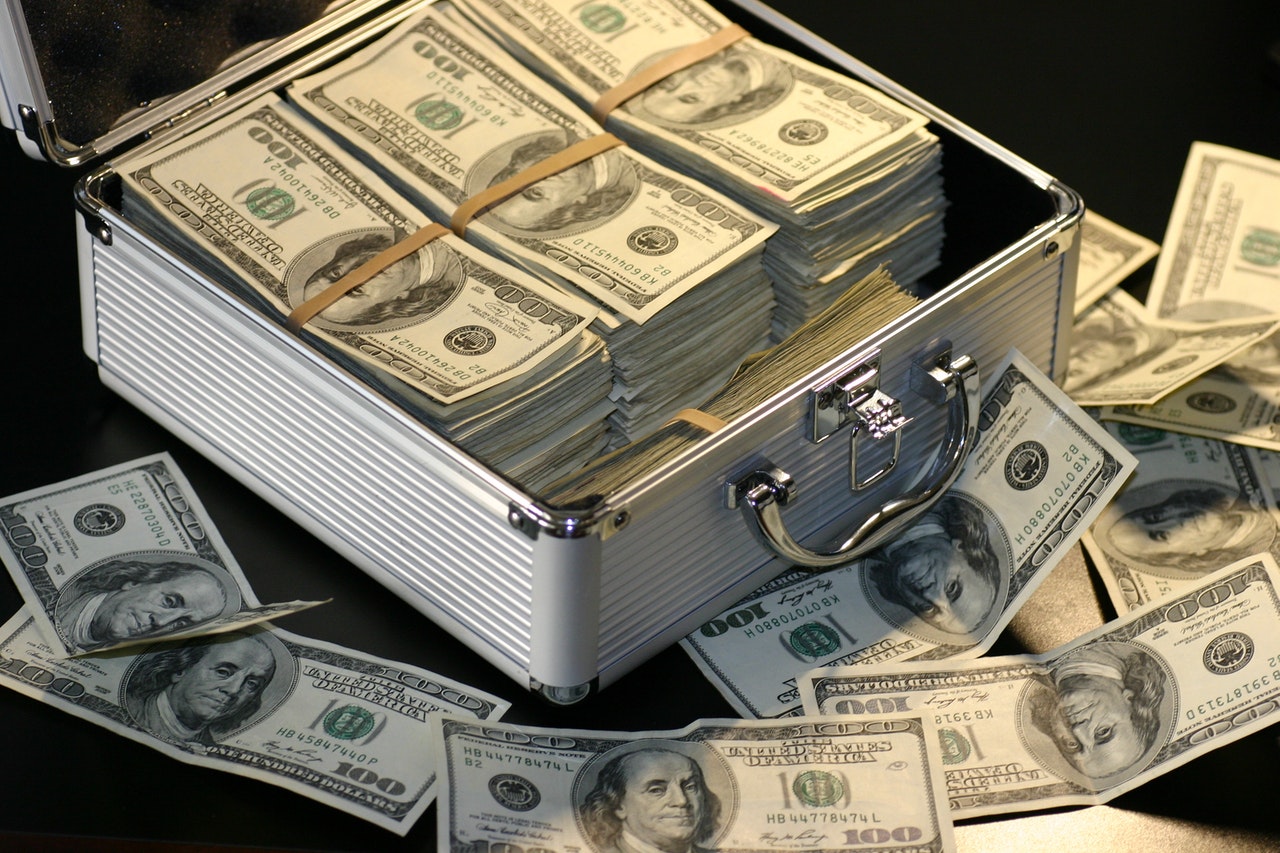 The model and video vixen although beautiful and successful, has been involved in a bunch of scandals. There have been rumors of her dating various celebrities. This gossip and talk are just a part of being a social media personality but she has had to face a lot of hate on different occasions. Dating rumors that involved Bernice were usually with Quevo, Drake, and T.I. When asked about her relationship with Drake, she denied all the rumors of them being a couple or even messing around. Many fans thought that she was given a Bentley by Drake as a gift. But in an interview in 2017, Bernice cleared it all up by telling her fans that the Bentley was a gift from someone special but it was not from Drake. She went on to say that she had a wonderful experience working with the rapper and also told the interviewer that he was the “sweetest person ever”.

Her second biggest rumor was about her association with T.I., the American rapper. T.I. has been married to a woman who goes by the name of Tiny. They were an on again off again kind of couple but none the less they were married. Succeeding the stories of the scandal, Bernice received a lot of hate and was labeled a “homewrecker”.  On the topic of the whole situation with T.I. and Tiny, she addressed the issue by saying:

“I’m not saying that I regret it but I learned you know from, being on social media. Social media will sometimes put you in a place where you got to fight with people that you don’t know. It was only you know, it was only for business. I got introduced to a movie; you know what I’m saying?”

Thus, all the talk was just rumors and Bernice had a strictly professional relationship with the rapper T.I. Speaking of social media, Burgos has a little fewer than 6 million followers on Instagram, making her a popular social media personality and what they call an “Instagram model” today. She occasionally uploads YouTube videos as well. Her channel only has around 45 thousand subscribers but she uploaded a video in September last year titled House Shopping which amassed almost half a million views! With her steady rise in the industry, Bernice currently has a net worth of around 1 million dollars.

How Was She Discovered? What Is Bernice’s Humble “Rags To Riches” Story? 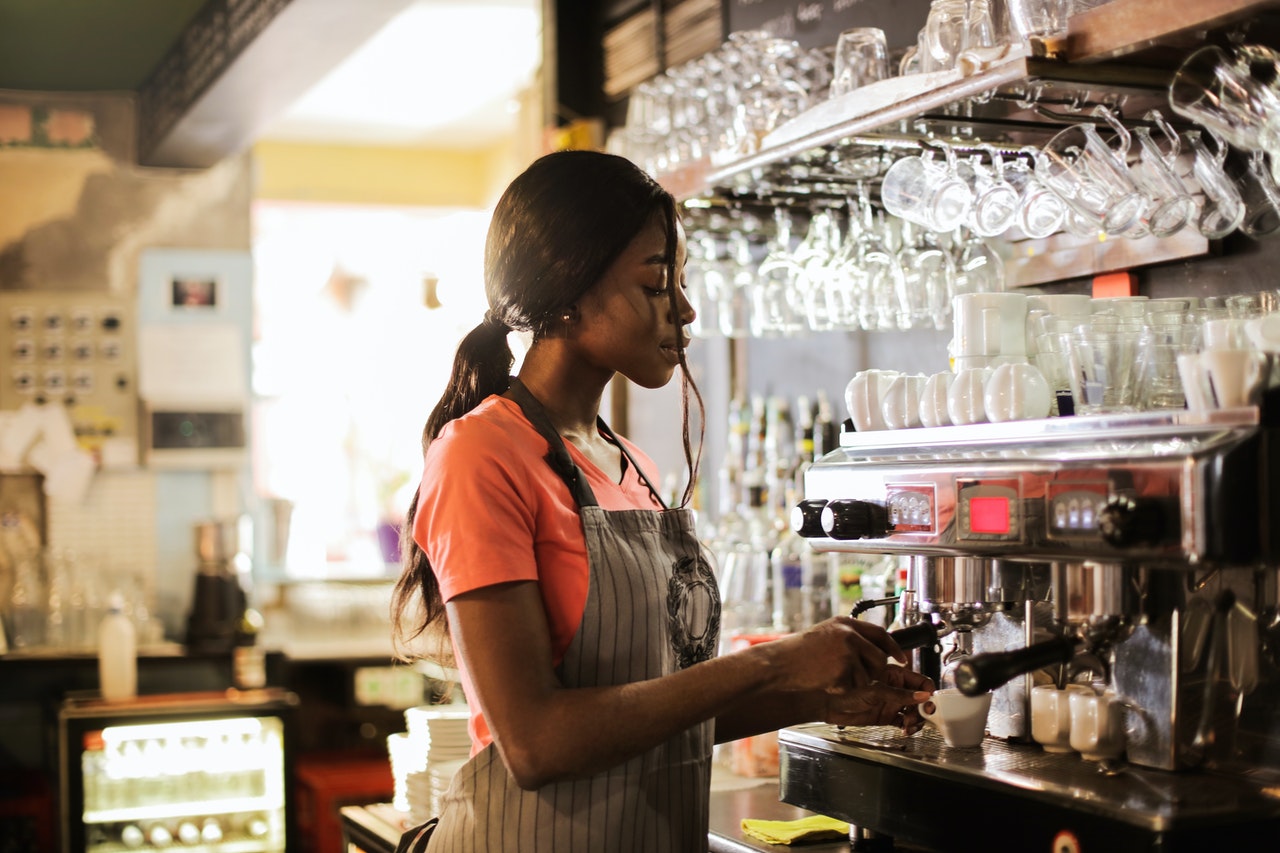 When Bernice found out that she was pregnant at just 15 years of age, she was confused and lost and felt like the world was against her. Well, because it kind of was. She was kicked out of her home and her baby’s father was not really around. She had to fend for herself and so she started bartending. She was discovered and offered a modeling job while she was doing her bartending job! Her attractive figure along with her alluring personality is what got her into the industry.

She started to model on the side as it had always been her dream job but she did not leave the bartending job despite making enough money. An interesting fact about her is that even though she was a bartender for many years in the Bronx, she does not even drink! Bernice comes from a humble background but with her modeling career taking off, she now makes more money than the average businessman. She is an entrepreneur and a businesswoman as well. She launched her own clothing line with her daughter. The clothing line was called Bold and Beautiful and provides comfortable and sexy sleepwear for women of all ages.

Who Is Her Daughter? When Did She Have Her? 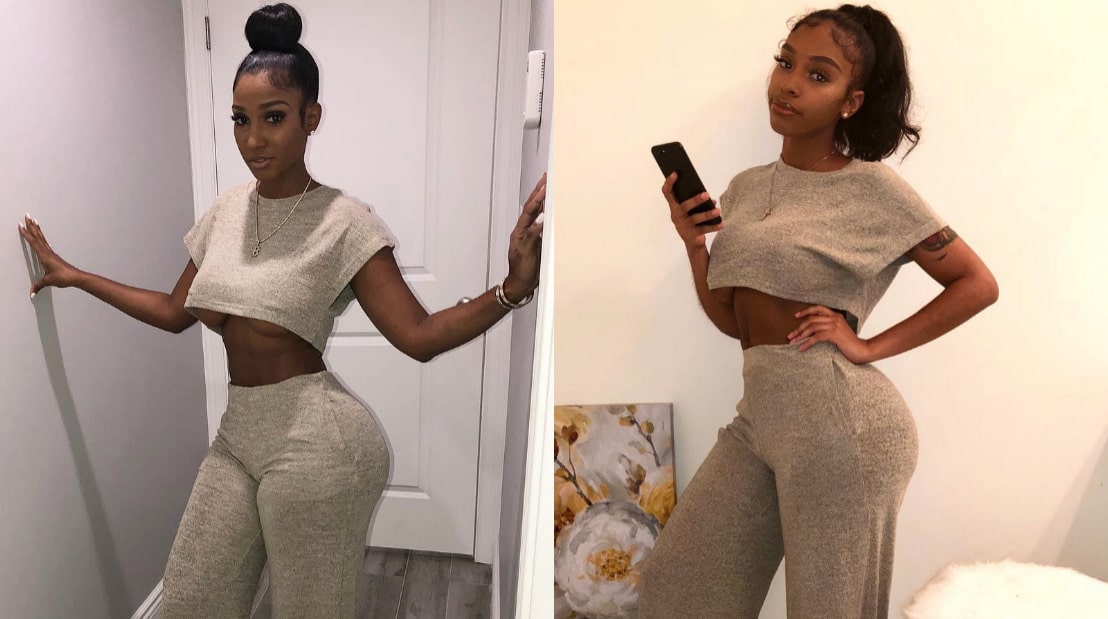 Burgos had her first daughter at the age of fifteen. This is probably one of the most commonly known facts about Burgos. She named the child Ashley. After ten years, Bernice had a second daughter who is named Sarai. The model cares about her family very much and has said that they are the source of inspiration and the only thing that keeps her going on some days. Ashley was actually the one who suggested the idea of starting the clothing line that is now doing so well and proving to be beneficial to them in terms of both business and finance.

Her elder daughter Ashley conceived at the age of 21 and so Bernice became a grandmother at just the age of 39. The baby was named India Ava and is now a toddler. Bernice and her daughter share a striking resemblance and could almost pass as siblings considering Burgos’ youthful face.

Related Article: Who is Ashley Burgos? About Her Mum, Father And Her 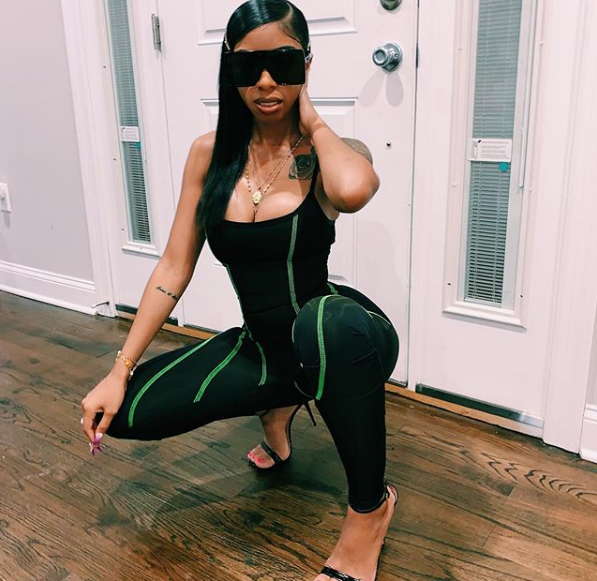 Daughter of Bernice Burgos, who is Ashley and her family? 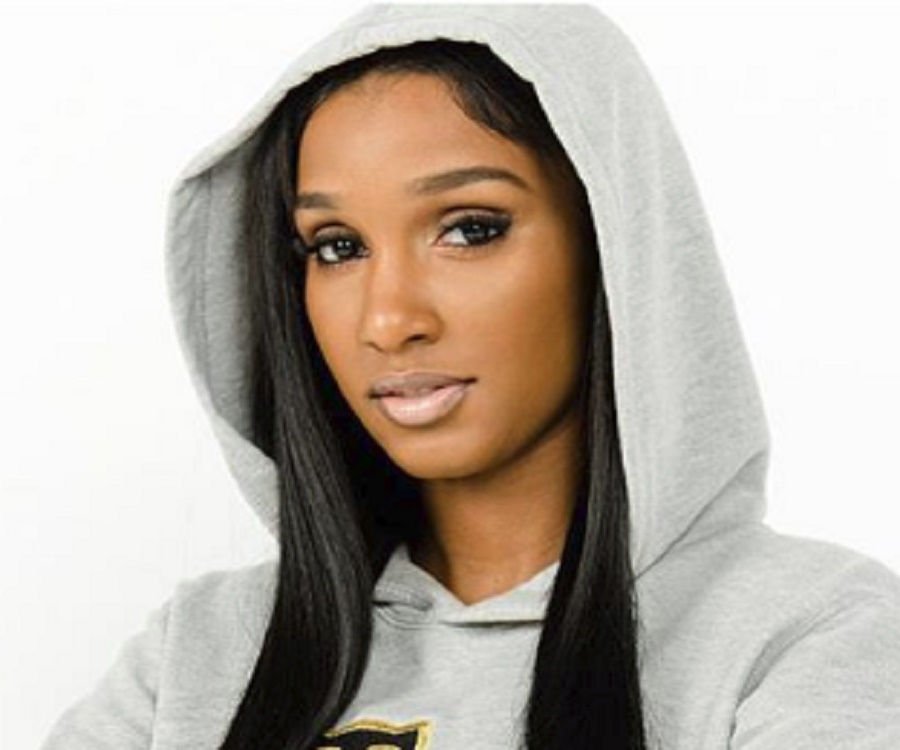 Bernice’s story is full of struggle and success. Her career and fame are an inspiration to many. She supports her daughters no matter what. We love to see her prove to be an amazing businesswoman, model, and now a young grandmother.