Fashion Models who are Mothers 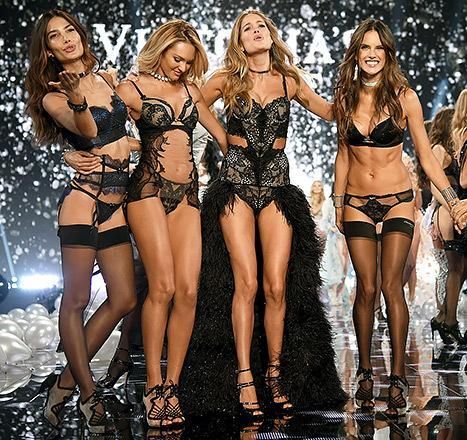 Being a mom is no joke -- especially if you’re a supermodel. There’s the struggle of balancing your ultra-hectic career while being a mom to a young child at the same time. Not to mention the pressure you get if you can’t maintain your weight at post-pregnancy.

Of course, there are some women who can take being both perfectly! Such are the women who have graced the runway of Victoria’s Secret scene. These women are known as superwomen in both the runway and at home. Let’s check out who these beautiful ladies are. 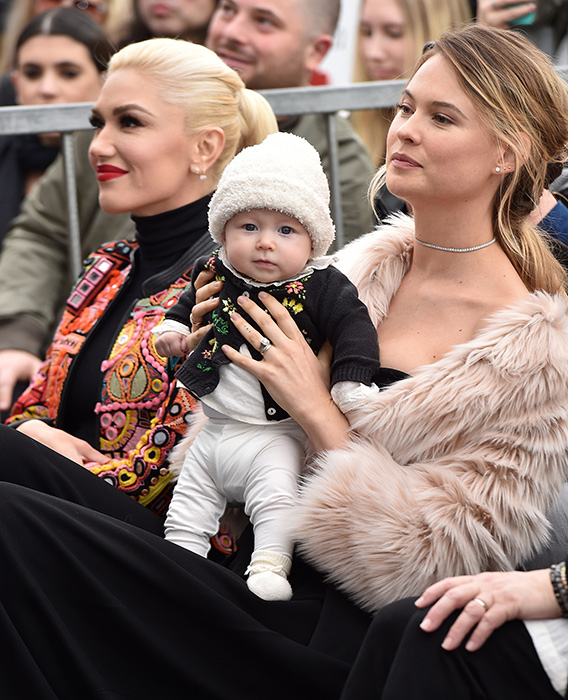 Behati Prinsloo is the gorgeous wife of Maroon Five frontman Adam Levine. Last 2016, they announced that they were having their first kid whom they named Dusty Rose. She then had a second child just last February 2018 whom they named Gio Grace. 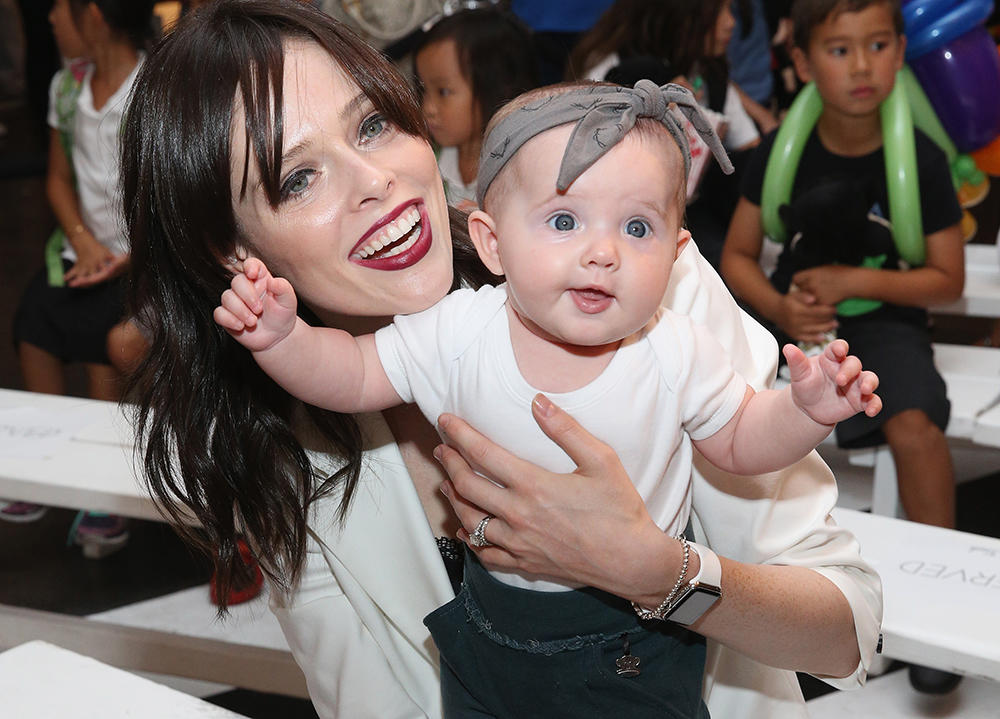 Another mother of two is the famous Victoria’s Secret model Coco Rocha. She has a cute daughter named Ioni and a newborn baby boy named Iver. They even both have their own Instagram accounts which she manages for them (obviously). 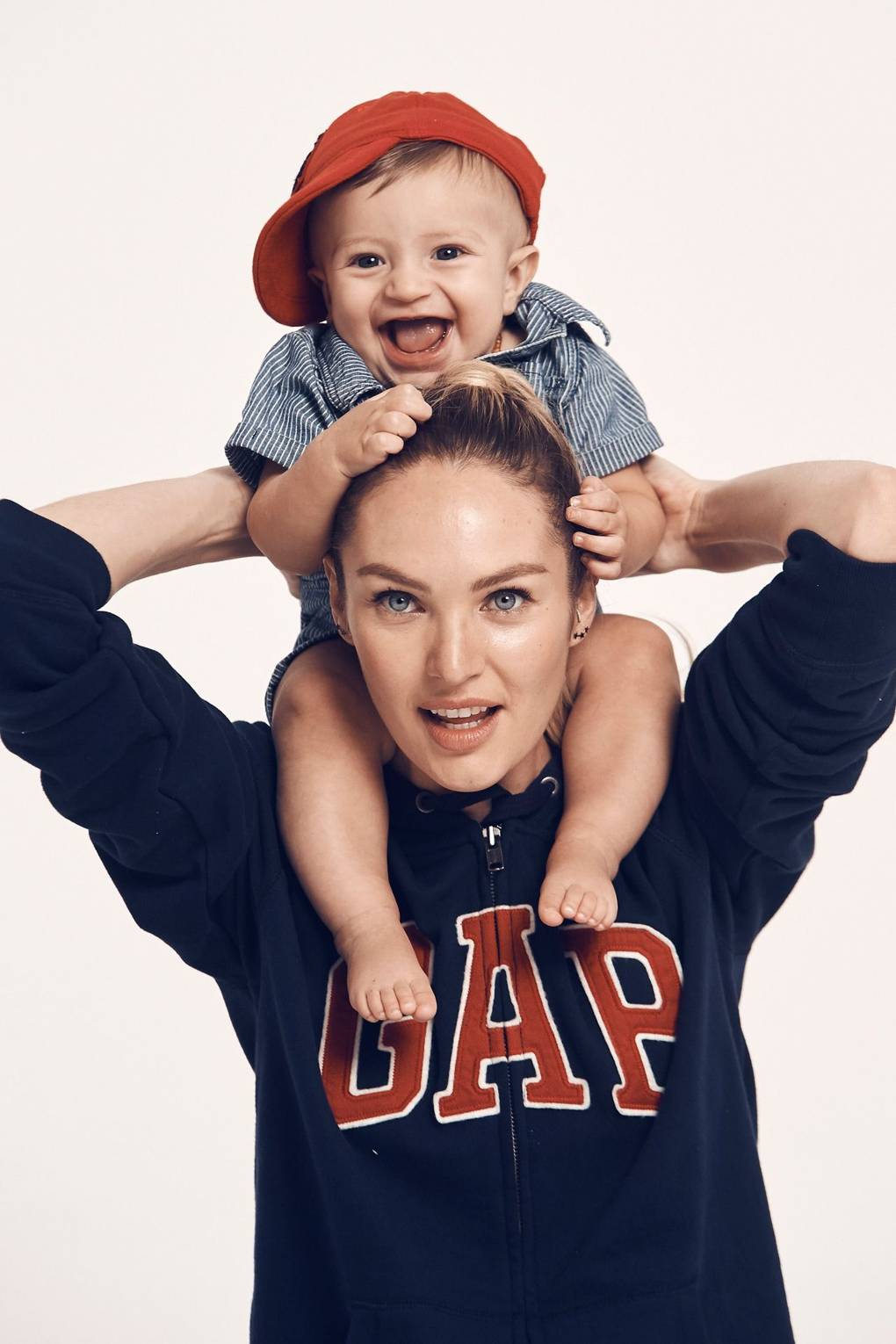 While some women can really maintain their shape even after birth, Candice Swanepoel takes that to a whole new level. Candice Swanepoel gave birth to her very first baby boy Anaca back in October 2016. One year later, she returned to the spotlight looking better than ever with all the muscle cuts and her signature slim figure. 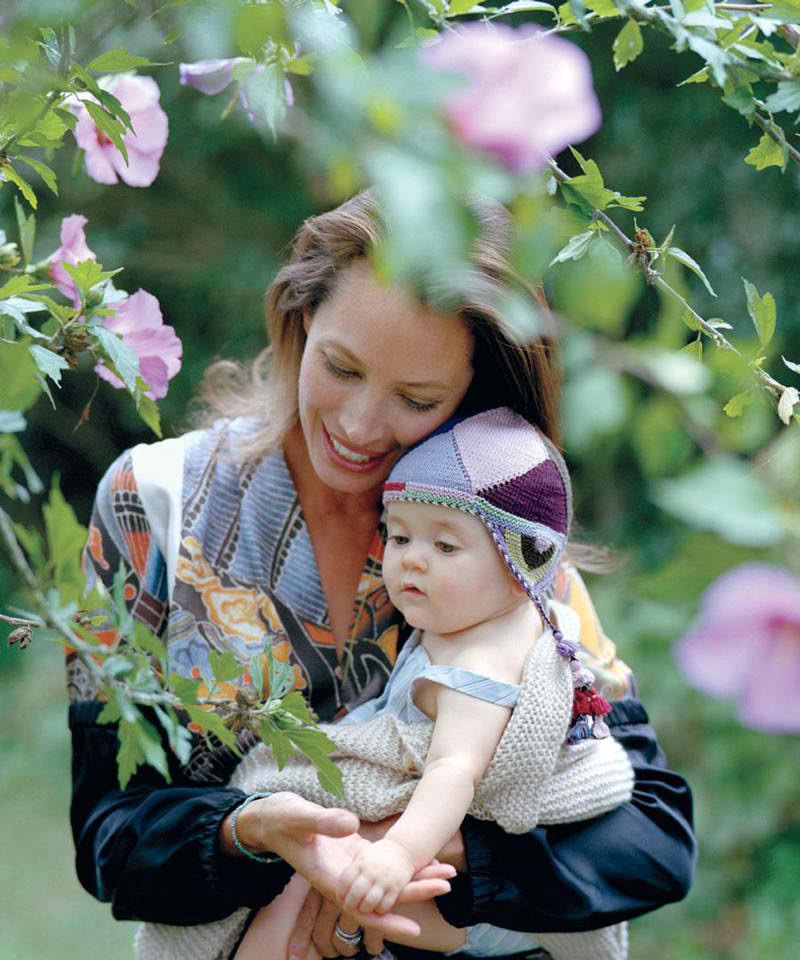 Christy Turlington is a mother of two and a mother who’s also very active in mother charity organizations. She’s a very active member of Mothers2Mothers which is an organization that promotes the advocacy of ensuring an HIV-free generation of babies and mothers in Africa. 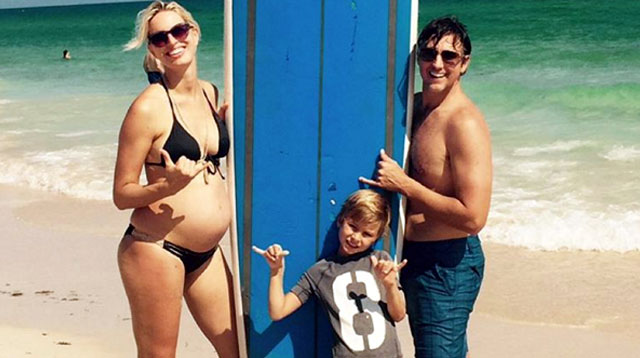 Karolina Kurkova is known for being a very famous model and actress who is married to actor Archie Drury. Together, they have two lovely boys Tobin Jack and Noah Lee. Up until today, you can see that Karolina Kurkova really works on her figure. Even after giving birth in late 2015, she looks like nothing ever changed. She definitely looks as healthy as ever. 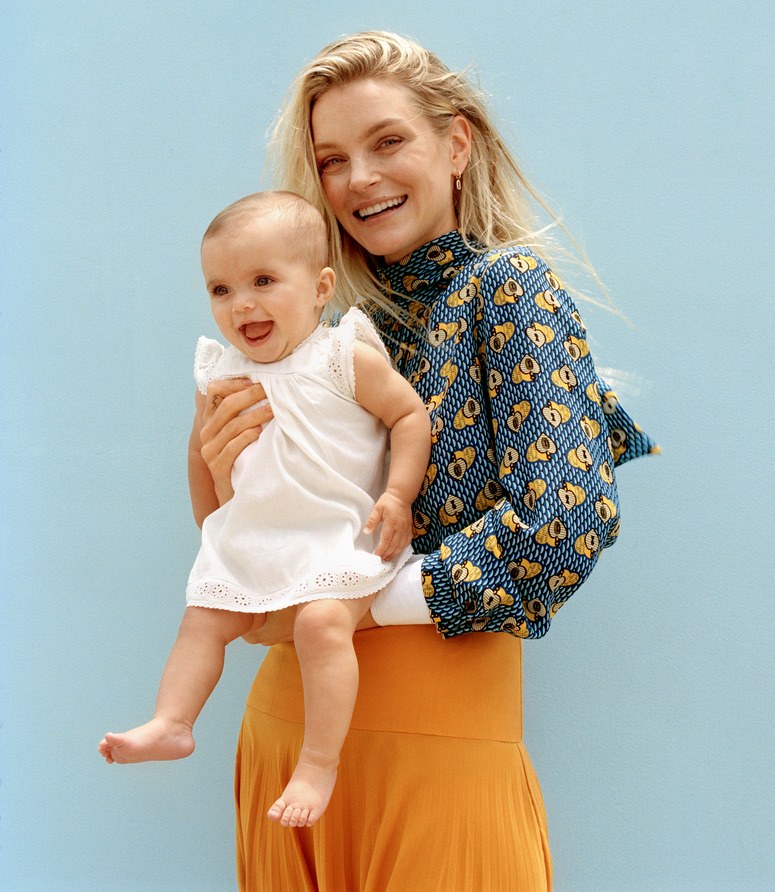 Everyone can see that Jessica Stam is a really doting mom. Jessica Stam revealed that she was pregnant sometime in September 2017 and gave birth sometime in December of that same year. That was also the time when her baby made an Instagram debut which garnered a lot of fans who followed Jessica herself.

Stam even let her new babywear her own dress that she wore when she was little-- and her child is a dead ringer for her! It’s definitely one of the most precious moments that you’ll see in social media history. 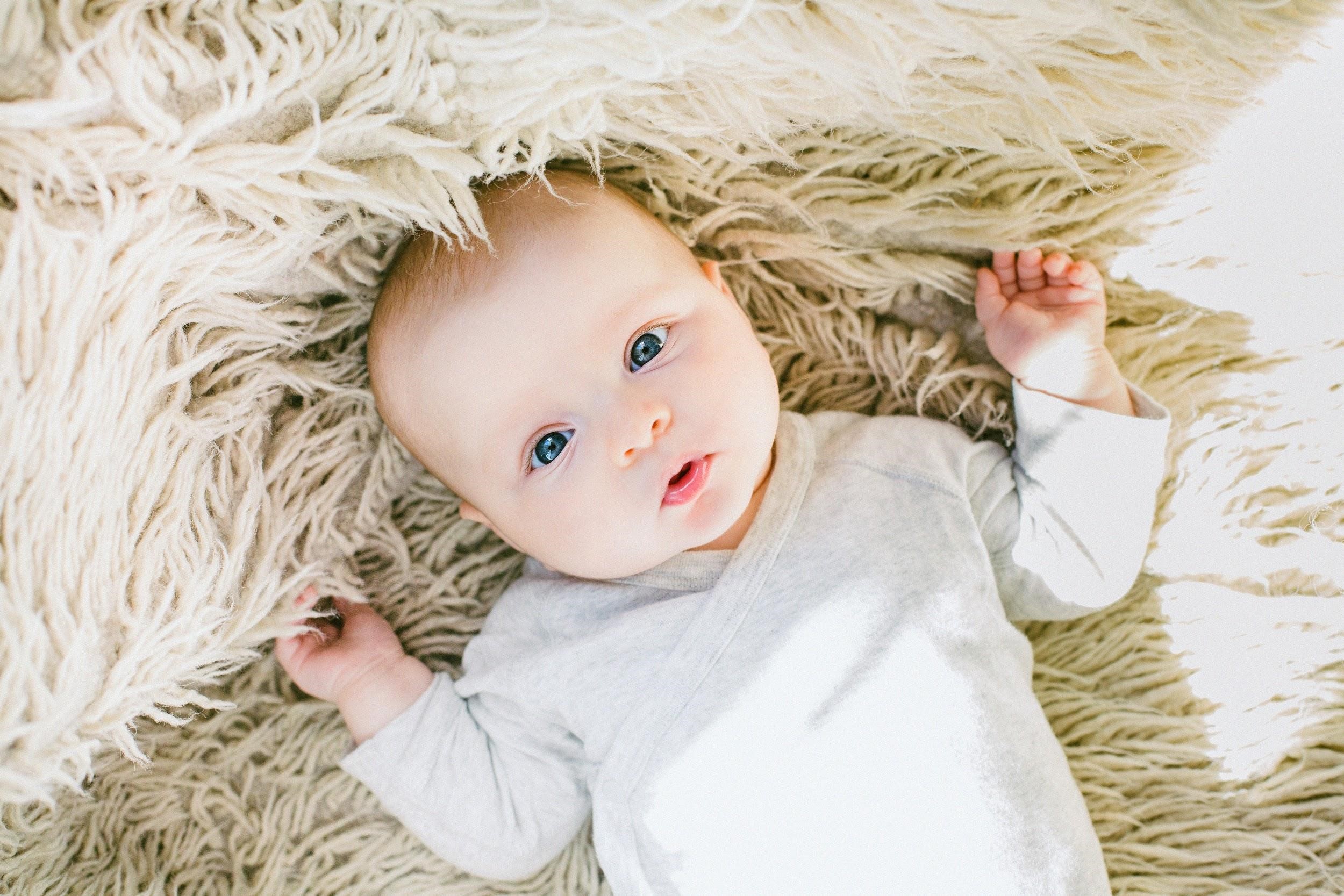 Are you curious as to what the kids of these supermodels are like? Well, a lot of them actually take after their mothers and look really cute. Here are some of the kids of some Victoria’s Secret Models themselves: 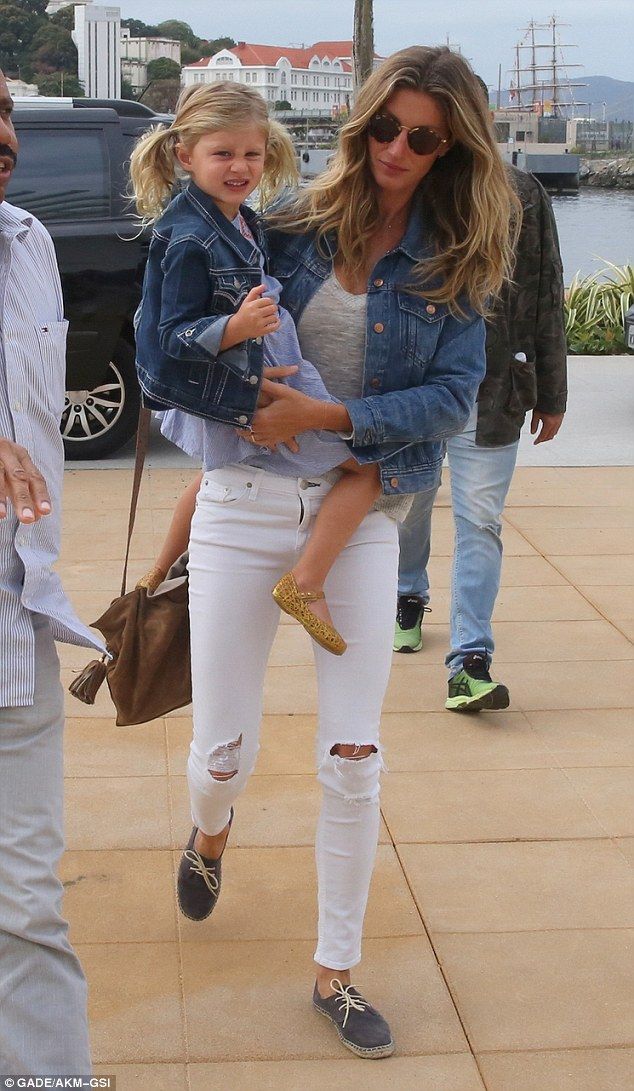 Vivian Lake Brady is the daughter of famous couple Tom Brady and Gisele Bundchen. The cool thing is that the adorable little Vivian is a duplicate for her mother. Aside from that, the couple has an elder son named Benjamin. They’re both extremely cute and really do take after their parents’ looks. 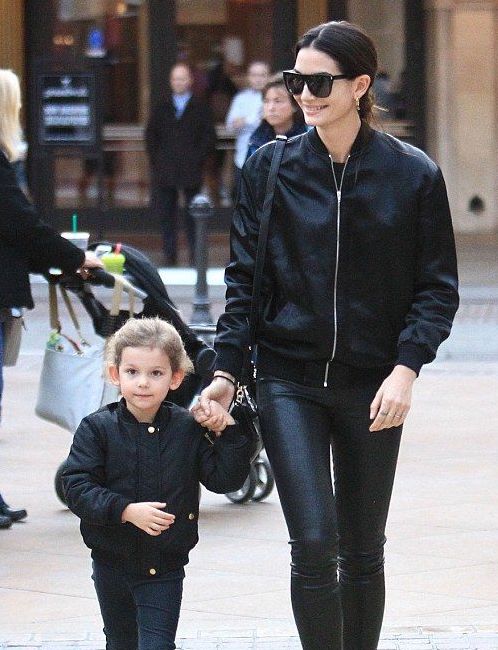 Dixie Pearl is the daughter of Victoria’s Secret Model Lily Aldridge and Kings of Leon singer Caleb Followill. As seen in some of their pictures, Dixie Pearl is just about as fashionable as her mother and also just as gorgeous. 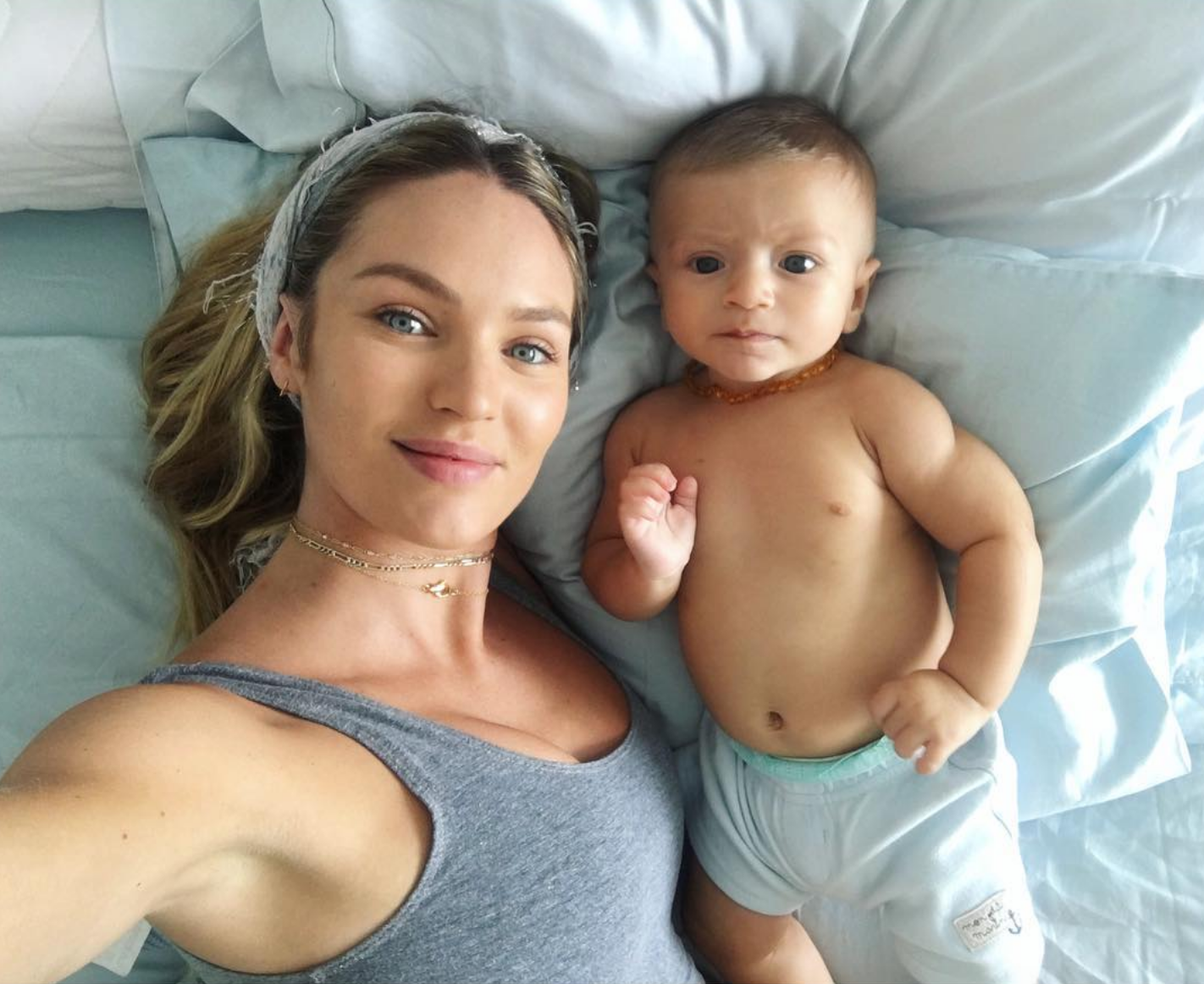 We’ve mentioned how Candice Swanepoel gave birth to son Anaca Nicoli and still maintained her looks. Well, she isn’t the only one that’s sporting good looks. As early as a year old, Anaca was already starting to show some of his parent’s genes. His handsome features can already be seen in their early photo shoots. 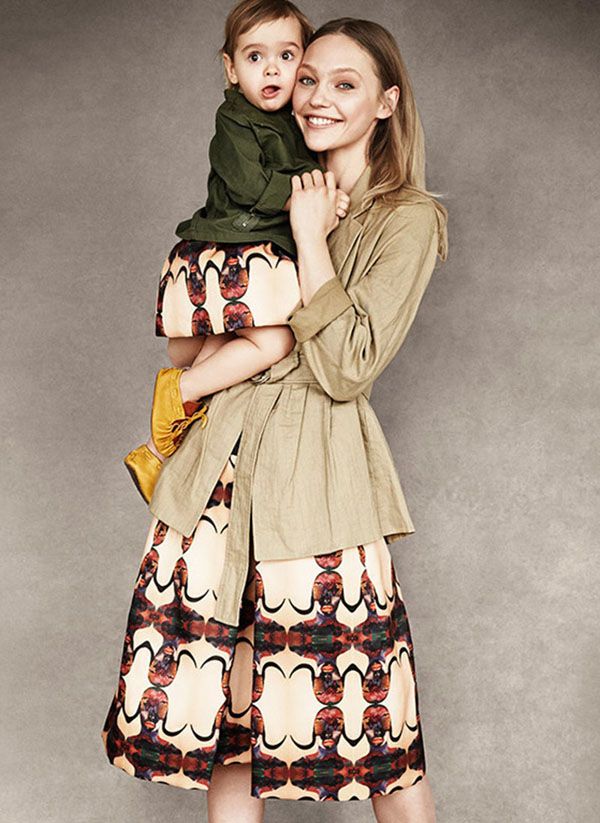 Mia Isis is the precious daughter of model Sasha Pivovarova and her husband Igor Vishnyakov. She is their only daughter and a real bundle of joy for the couple!

Fashion Models who are Pregnant Right In 2018 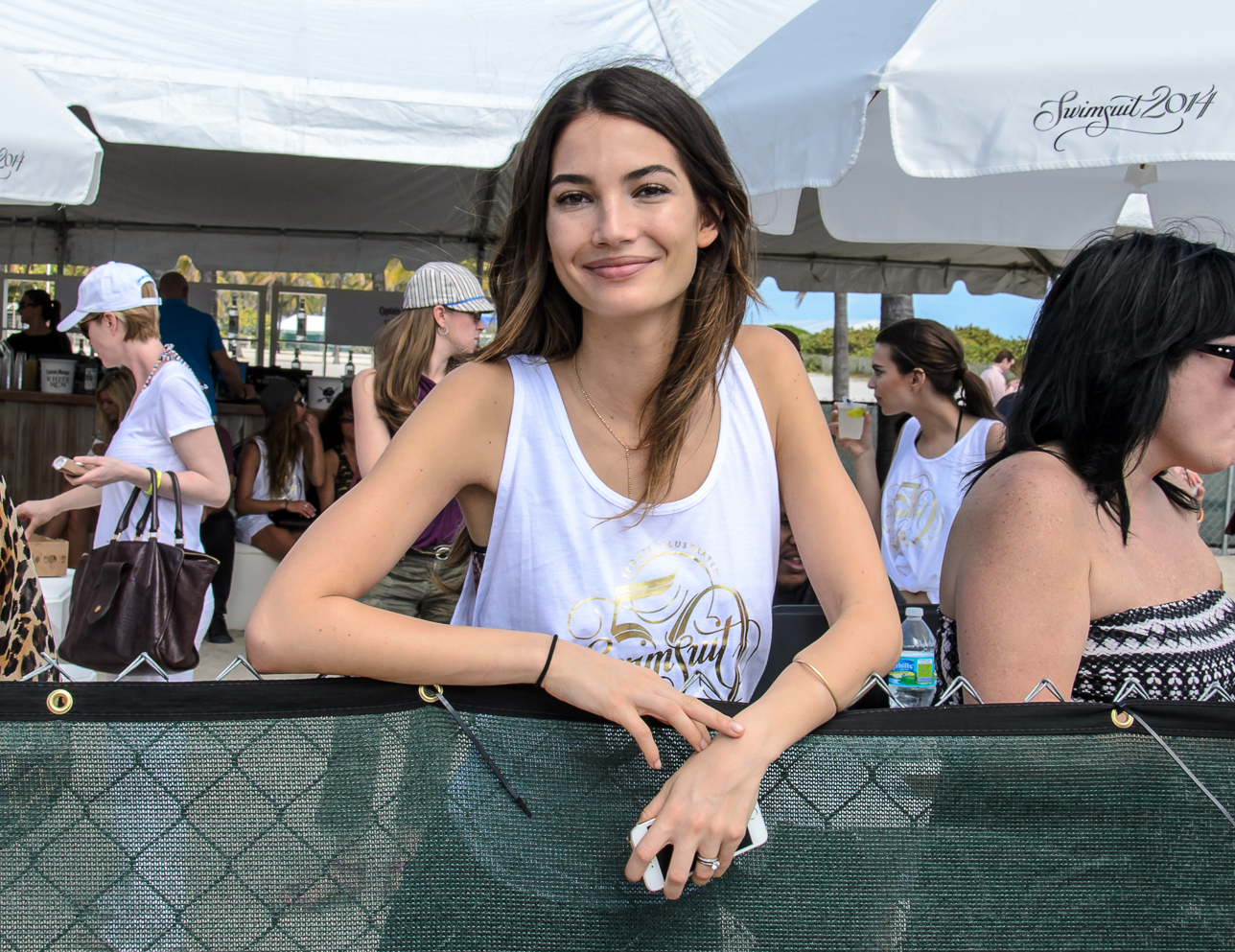 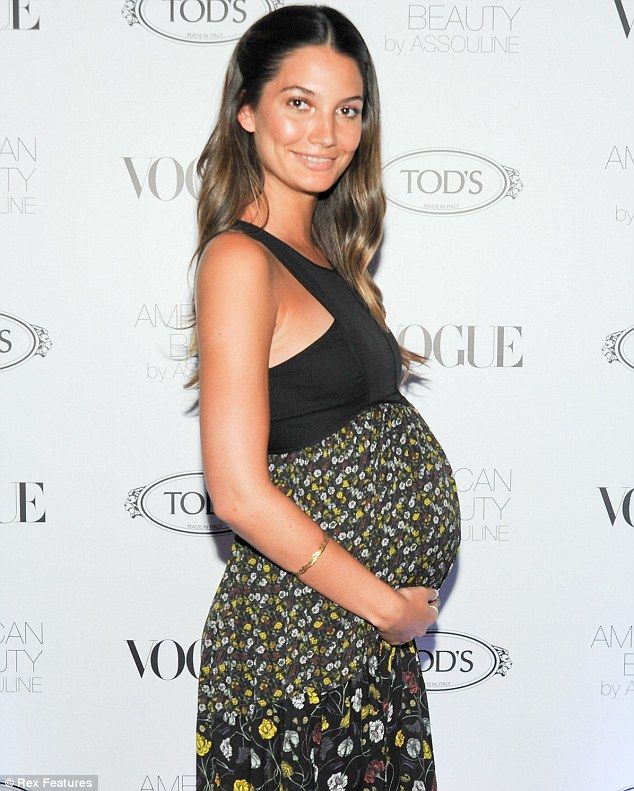 Lily Aldridge is already a mother of one but is expecting a baby number 2. What’s even more shocking is how Lily Aldridge announced her pregnancy. In a classy beach shot, she showed off her small baby belly with a caption that says “SURPRISE”. Of course, we all know what that surprise is. 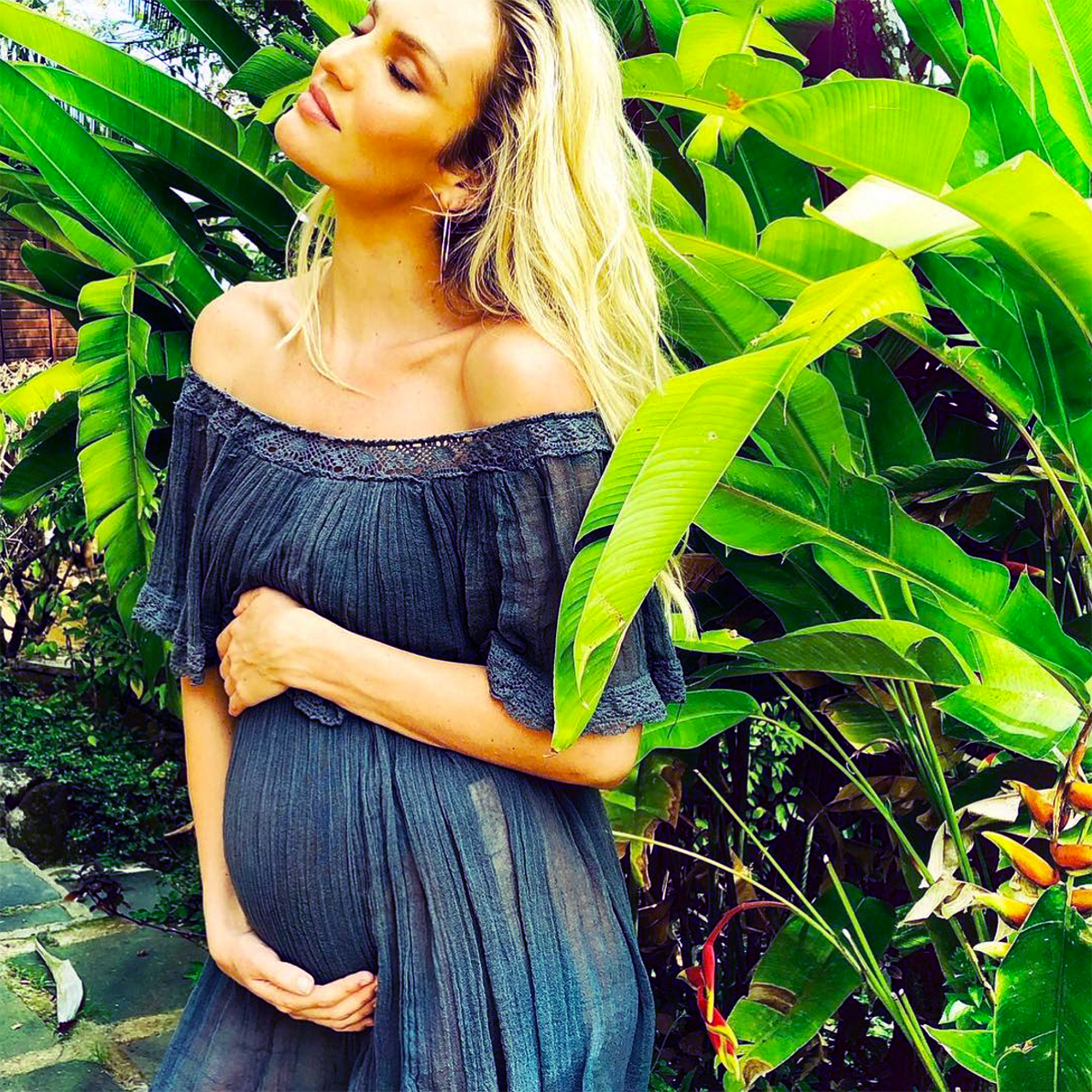 Okay, Candice Swanepoel isn’t pregnant anymore but she did just give birth to her second child last June 2018. It’s really the way she announced her pregnancy last December 2017 that was pretty awesome. She took a mirror selfie of her baby bump and posted it on Instagram with the caption, “Christmas came early”. It came as a surprise to a lot of fans but it was also good news. 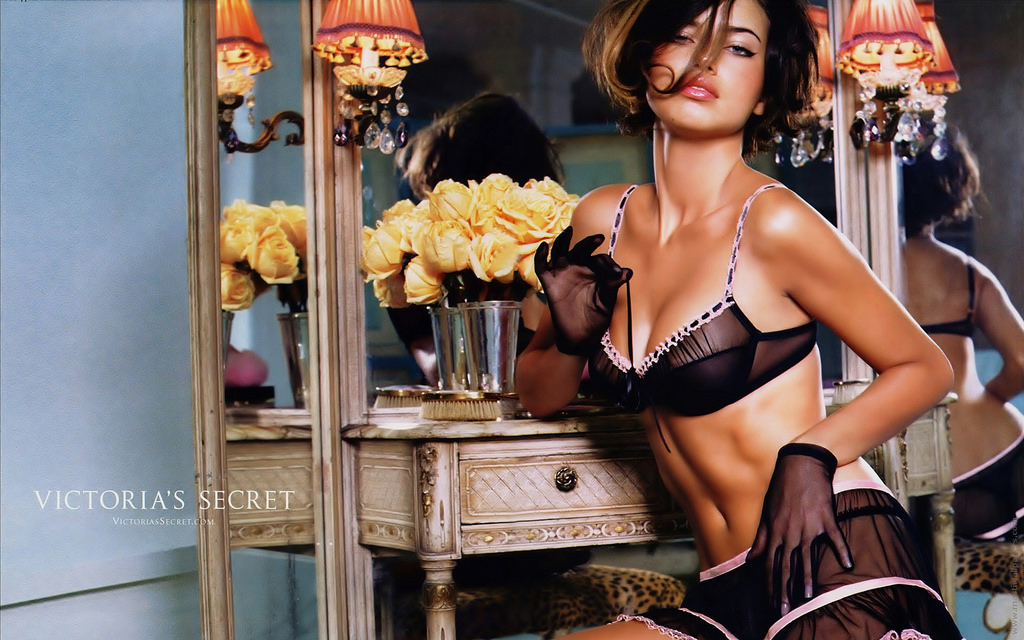 Of course, there are some models who decided that modeling wasn’t for them after all these years. Some of them decided that can’t take the limelight anymore while there are also some who wanted to just spend time with their family more. Despite the reason though, there’s no denying that these models-turned-mothers enjoyed a good run before their retirement. 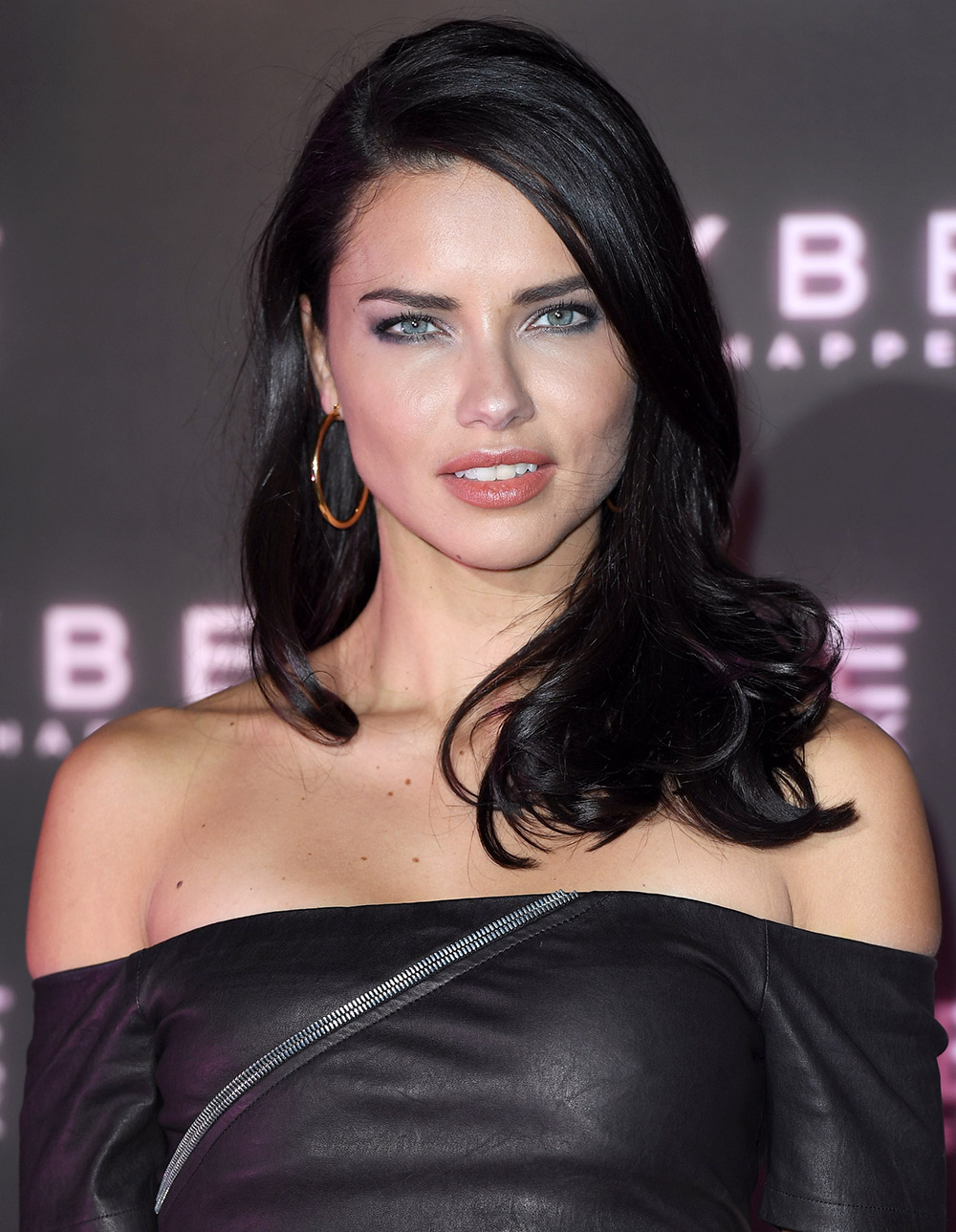 First on the list is Adriana Lima who made headlines with a cryptic message on Twitter that she might not continue working with the label anymore. In the caption, she stated that she no longer wanted to take off her clothes for an “empty cause”. When asked, she also mentioned that her two children and her ancestors facing societal pressure as her two main driving forces.

Of course, she didn’t explicitly say that she will be quitting, but there is already an undertone for us fans to see. We guess that she probably didn’t want her children growing up in a world with the same societal pressures to have a great body type. 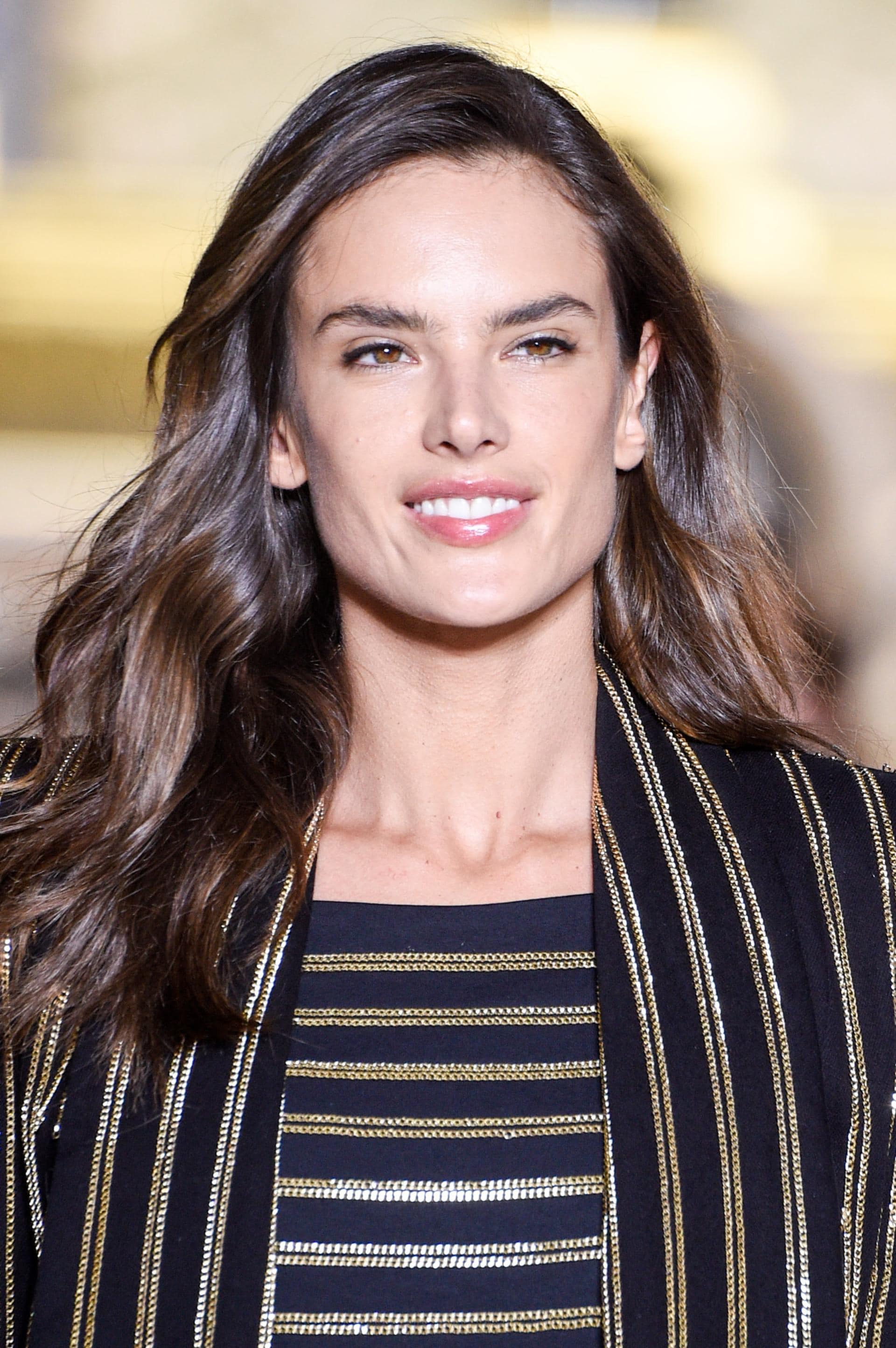 Single mom Alessandra Ambrosio was a former Victoria’s Secret Angel who retired from the franchise after the dazzling 2017 show. Outside of the limelight, she’s a mother of two children, namely Anja Louise and Noah Phoenix.

While things didn’t really work out with her former husband Jamie Mazur, she is still very much a doting mom and a very active charity worker. She seems to be enjoying her retirement very much spending more time with the kids and her other advocacy projects. 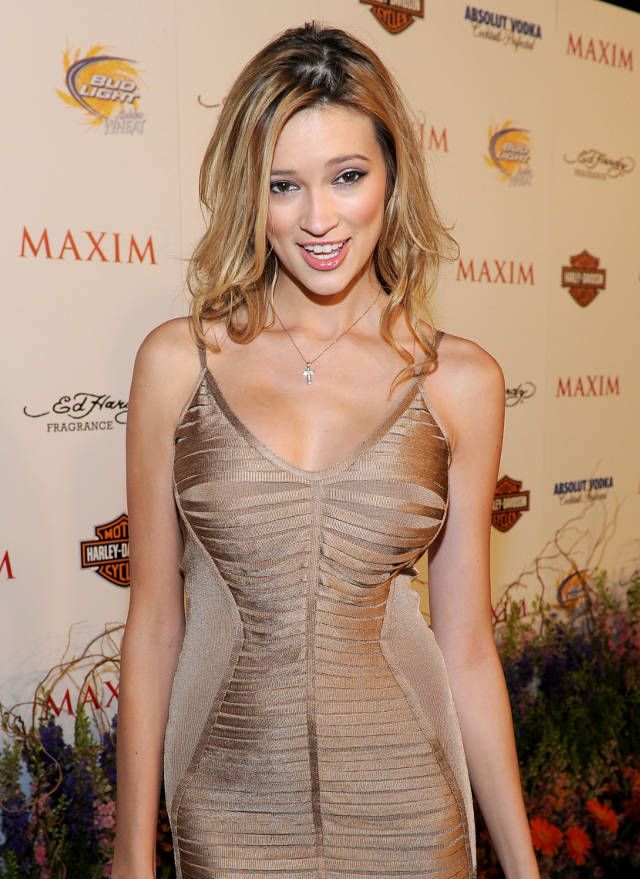 In an interview about why Kylie Bisutti left modeling for good, she claimed that modeling sexy clothes conflicted with her own Christian values. Other than that, she stated that being in the modeling business also affected her marriage. When she did quit, she said that she wanted to only be sexy for her own husband.

Her experience prompted her to go to a more inspirational journey wherein she would reach out to young girls and teach them more about positivity instead of following societal standards. She’s also written a few books on the subject.

Also, she’s a mother of 3 beautiful children and she’s expecting a fourth one real soon! We’re pretty sure she’s an awesome mother. 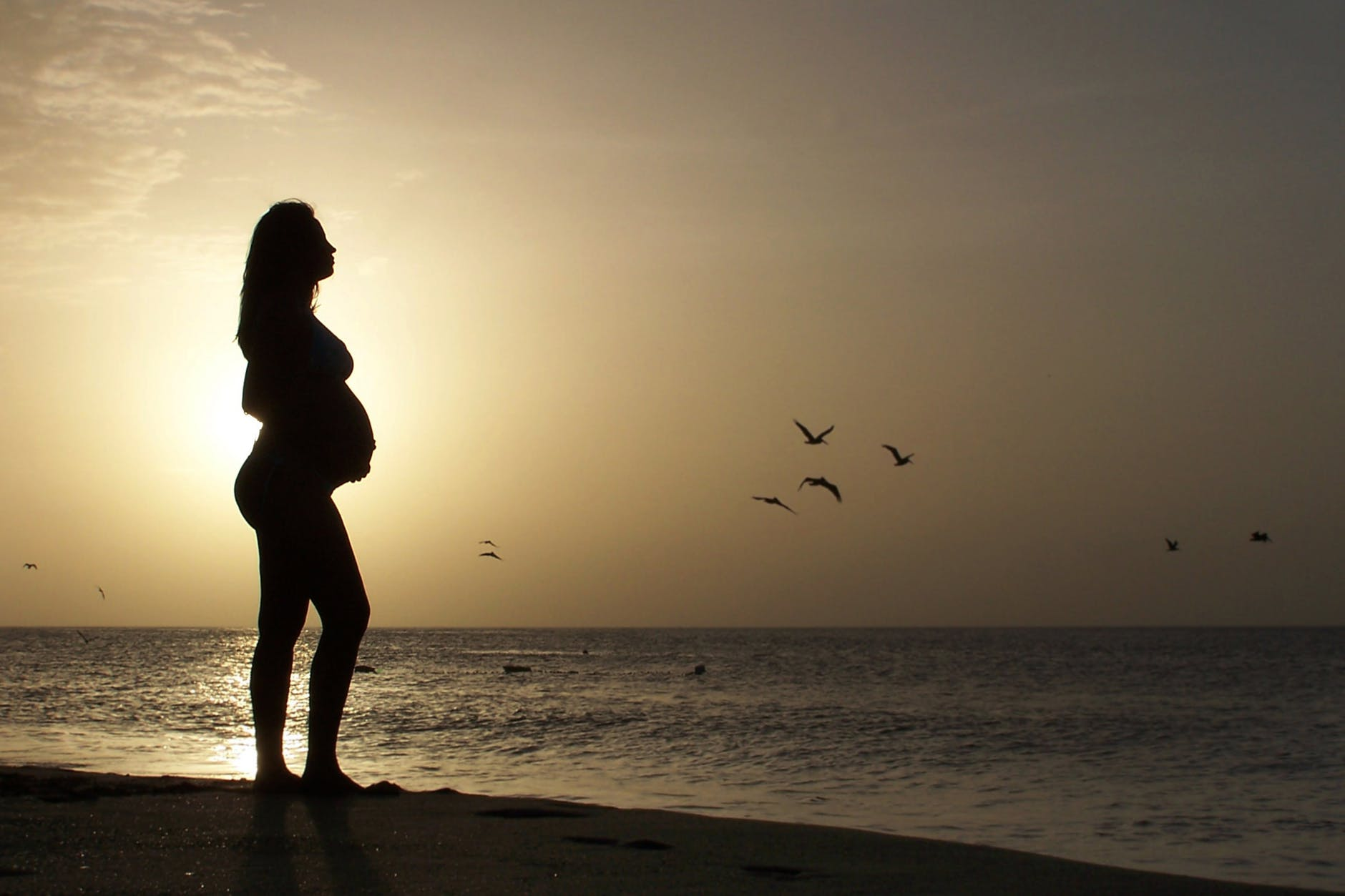 And there you have the supermodels who are also super mothers. It’s no doubt that the limelight puts a lot of pressure on these models. In fact, a lot of them have trouble juggling their personal life and their life as a Victoria’s Secret Angel. That’s why being a mom and a model at the same time is definitely something that any woman can really look up to.

Of course, there are some who decided that modeling isn’t for them anymore, which is why they decided to take a less stressful path so that they can concentrate on other things like advocacies and their families-- especially in the raising their children.

No matter what decisions they make, though, we really have to hand it to these ladies for doing what they do. They really do embody the representation of a true “Superwoman” that any woman will look up to.