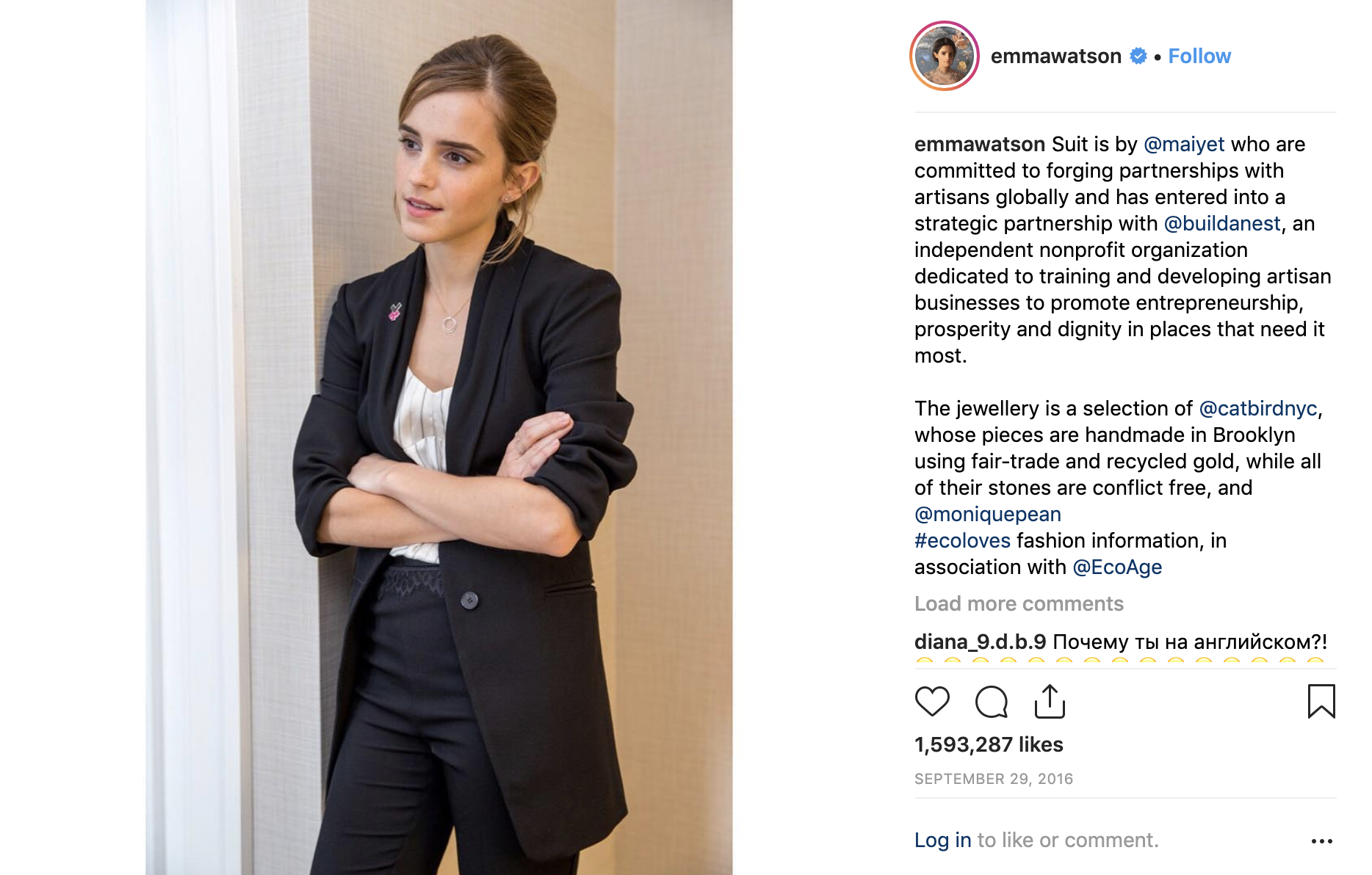 Born in Paris, France, Emma Charlotte Duerre Watson had English parents - Jacqueline Luesby and Chris Watson. Her parents were both lawyers. She located to Oxfordshire when she was just 5 years old and did her schooling from the Dragon School. Emma Watson aspired to be an actress from a very young age. She got her training in singing, dancing and acting from the Oxford branch of Stagecoach Theatre Arts which is a part-time theatre school. When she reached the age of 10, she had already grabbed quite a few lead roles in many Stagecoach productions and plays, which is quite an achievement going by the set standards. 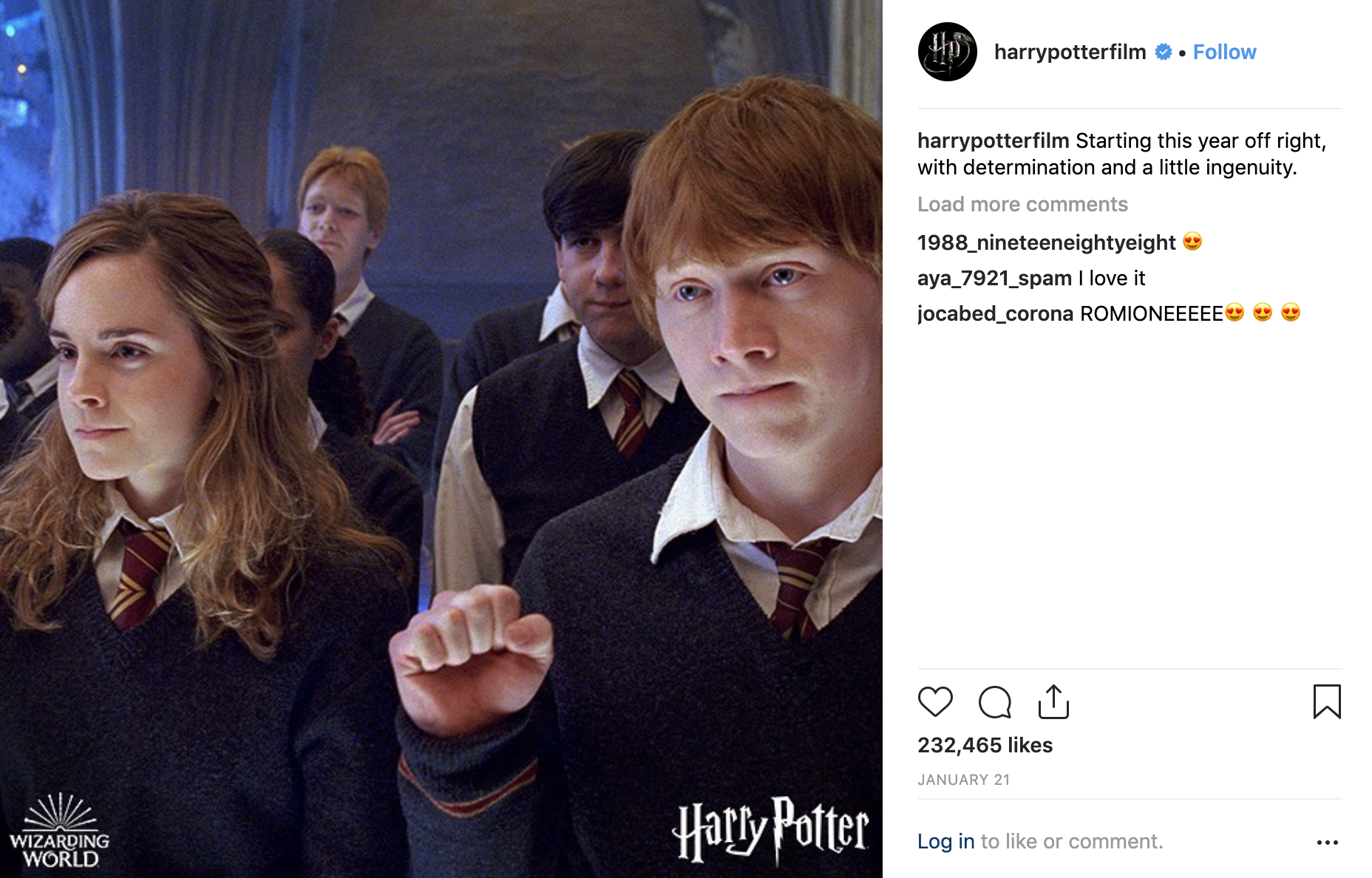 In 1999, there was a casting announcement for the film 'Harry Potter and the Sorcerers' set to be released in 2001. The film was supposed to be an adaptation of J.K. Rowling's bestselling novel. She was spotted by the casting agents at the Oxford theatre. She and her fellow applicants - Daniel Radcliffe and Rupert Grint had grabbed the lead roles after eight consistent auditions.

Emma Watson got the role of Hermione Granger, Daniel Radcliffe got the role of Harry Potter and Rupert Grint bagged the role of Ron Weasley. The movie 'Harry Potter and the Sorcerer's Stone was Emma Watson's cinematic debut and it broke records for its opening day sales. It was also the highest-grossing film of 2001. The critics praised her performance and it was called 'admirable' by 'The Daily Telegraph'. She was nominated for five awards for this film and won the Young Artist Award for Leading Actress in a Feature Film. She quickly became one of the most well-known actresses in the world after her hit movie. 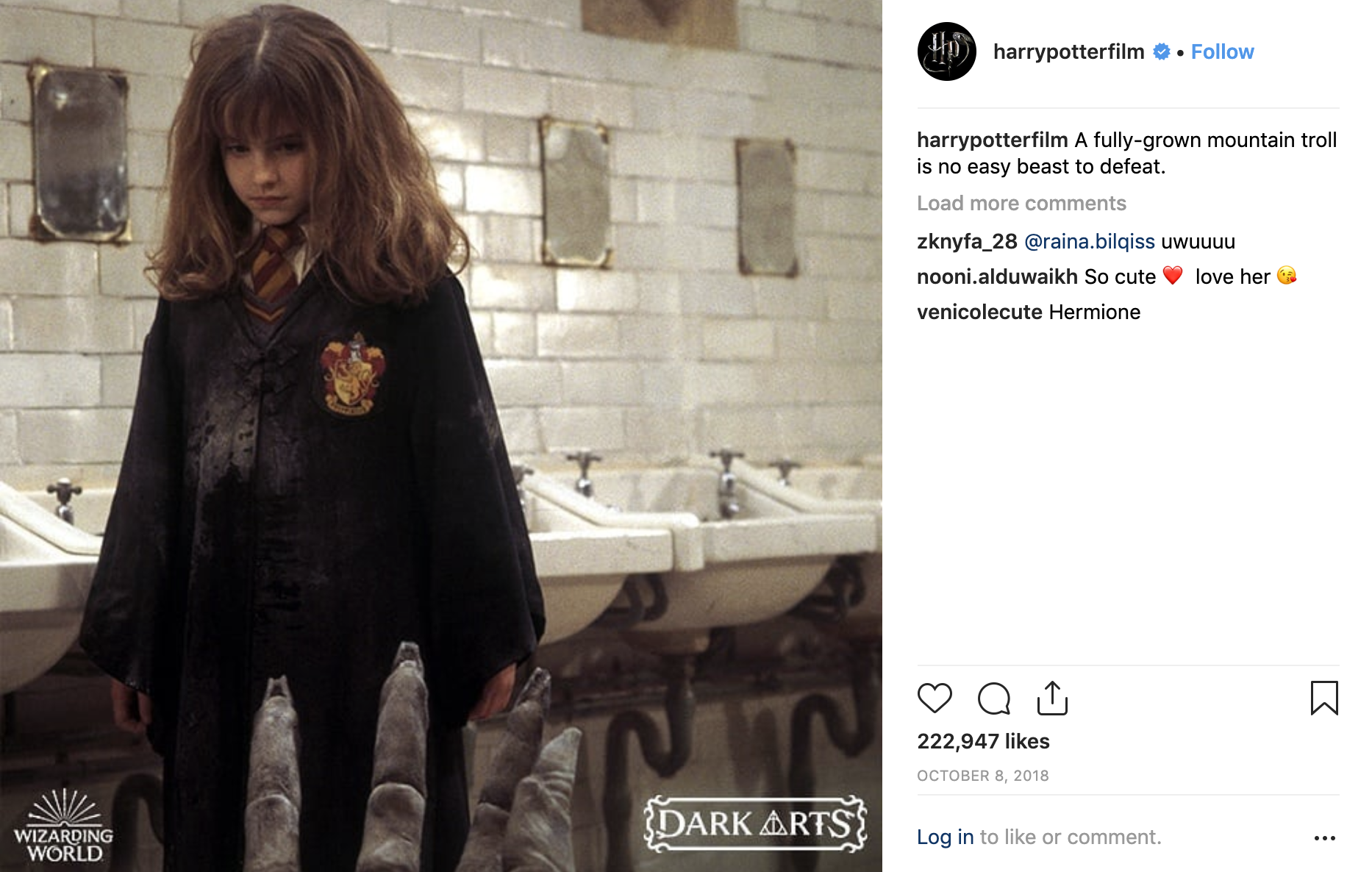 After this movie, she continued playing the role of Hermione Granger for 10 consecutive years in all Harry Potter films:

She appeared in 2011 in Simon Curtis's 'My Week with Marilyn' alongside a stellar cast of Oscar nominees like Kenneth Branagh and Michelle Williams. The film received the Golden Globe Award for the Best Motion Picture.

In 2012, Emma Watson was seen in Stephen Chbosky's adaptation of the novel 'The Perks of Being a Wallflower'. This independent drama is centered around an introverted freshman, who is taken under the wings of two seniors, who welcome him to the real world. The film was premiered at the 2012 Toronto International Film Festival and it received rave reviews. The film also won the People's Choice Award for Favourite Dramatic Movie and Emma Watson also received the People's Choice Award for Favourite Dramatic Movie Actress. Emma was awarded the second time for this same role with the Best Supporting Actress Award at the San Diego Film Critics Society Award. 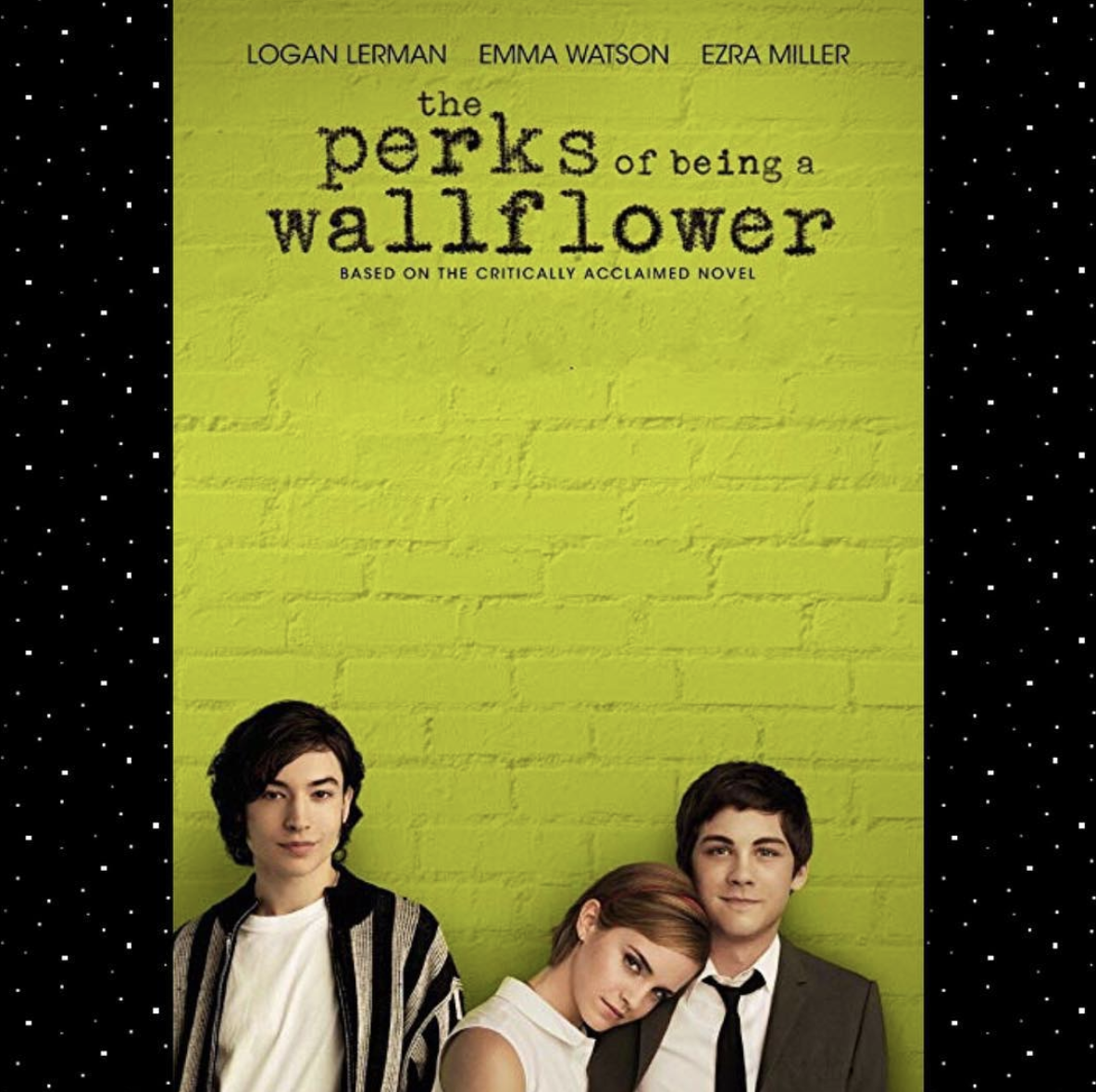 In the Summer of 2013, Emma appeared in Sofia Coppola's American comedy/crime film 'The Bling Ring'. The film was inspired by some real events. It revolved around a group of teenagers who, obsessed with fashion and fame, burgled the homes of celebrities in Los Angeles. Emma also was seen in a short cameo role as herself in Seth Rogen's apocalypse comedy 'This Is The End' in the year 2013.

Emma Watson was seen in Darren Aronofsky's Noah. The film was about the epic, biblical tale of Noah and the ark. Emma plays the role of Ila, a young woman who develops a close relationship with Noah's son, Shem in the film. The film has earned an outstanding $300m since its March release. Emma Watson was next seen in the film 'Regression' in 2015. the film was directed by Alejandro Amenabar. Emma Watson starred opposite Ethan Hawke in the film. The movie is set in Minnesota and tells the story of Detective Bruce Kenner (Hawke) who investigates the case of young Angel who accuses her father of sexual abuse. Angela is played by Emma. 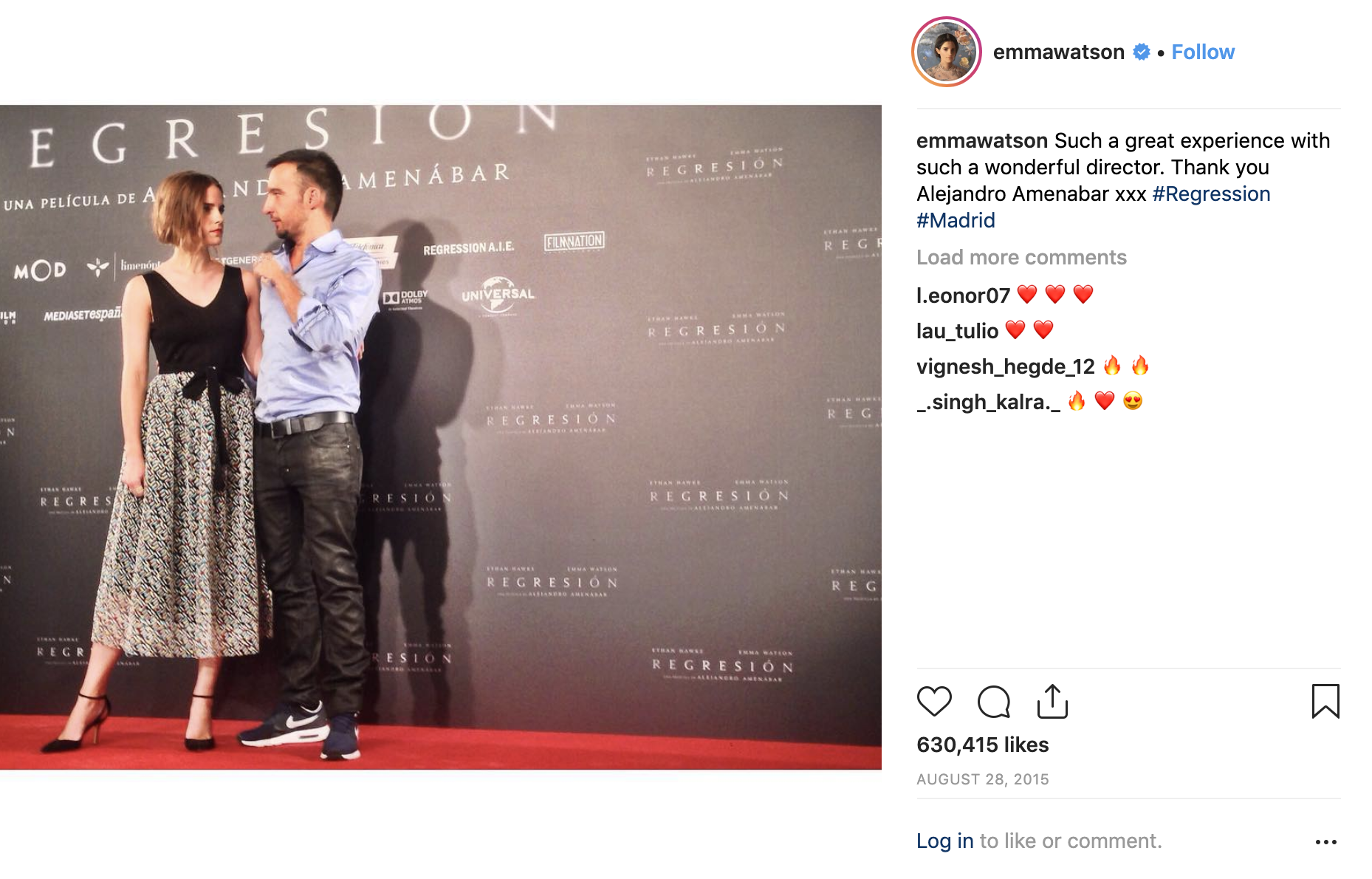 Emma Watson was honored with the Calvin Klein Emerging Star Award in the year 2012 at the Elle Women in Hollywood Awards. In 2013, she bagged the Trailblazer Award at the MTV Movie Awards. She also received the GQ Woman of the Year Award in 2013.

The dashing lady is also a Goodwill Ambassador for the UN for promoting empowerment of women and gender equality. Emma Watson's net worth today is $70 million. Most of her net worth can be credited to her earnings from the Harry Potter series. The actress shot to fame at a very young age and is currently richer than many other celebrities in Hollywood. Emma Watson has been in a relationship with William Mack Knight. She refuses to give out much about her personal life, but there are some amazing five facts about her ex-boyfriend, which you must know. 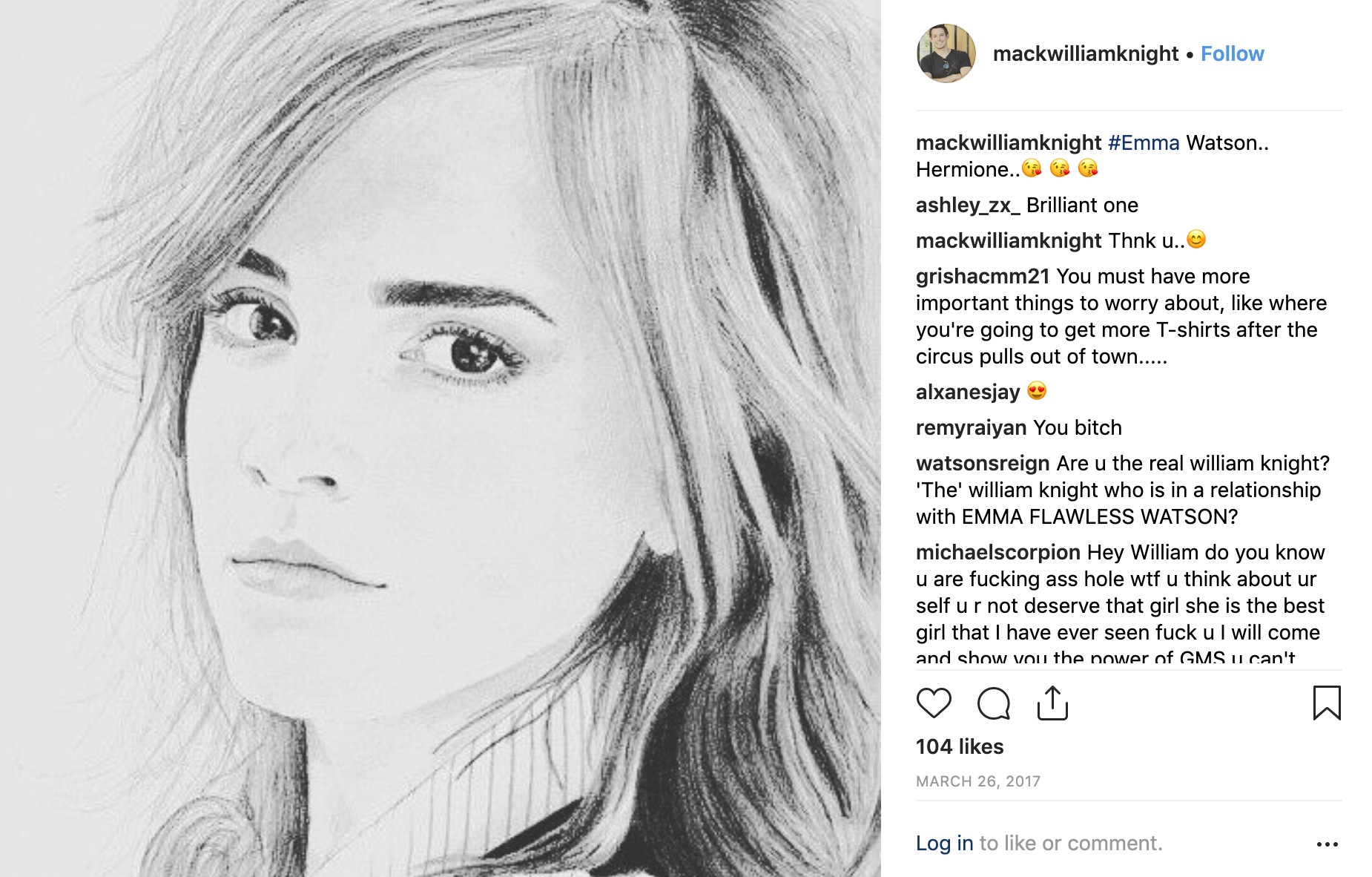 Emma Watson is a graduate of the Brown University and it is quite possible that she met someone brainy like her there. From what one can understand from the LinkedIn profiles of William Mack Knight, he graduated from Princeton in the year 2003 with a Bachelor's degree in Evolutionary Biology and Ecology. He went on to do his MBA from the Columbia Business School in the year 2011.

From what could be gathered from his Instagram and other social networking sites, he is a 'Tech/entrepreneur who has spent almost five years in his job at Medallia Professional Services which specializes in Customer Support and Feedback. He currently has a job there as a Senior Manager. He works quite hard as an entrepreneur and is quite passionate about his job.

Emma Watson said in an interview about her boyfriend that he is quite attractive and works in the tech industry in Silicon Valley. After dating Emma Watson, William Mack Knight had to hide his Instagram account for privacy. Just like her, he too loves nature and photography. His net worth is $150,000. His net worth is not much as compared to that of his girlfriend. 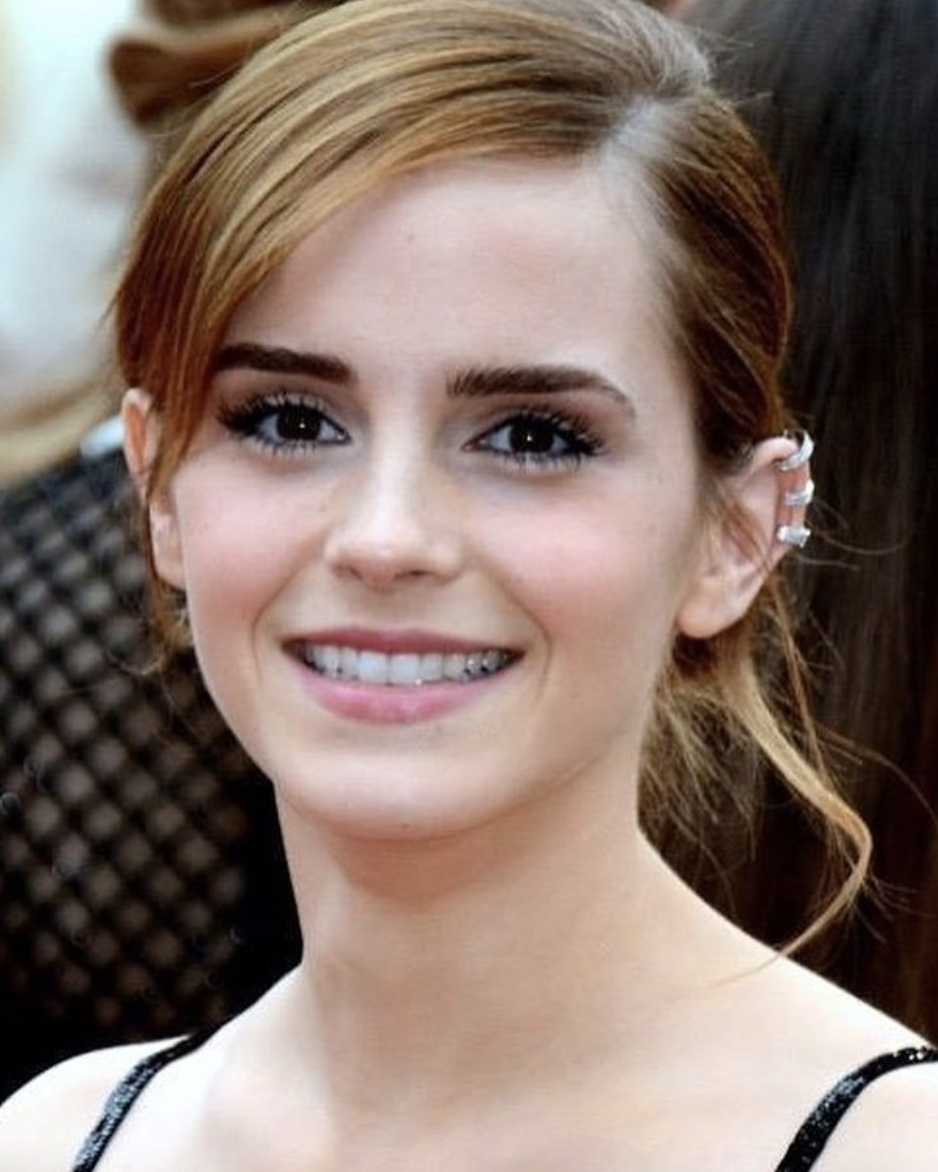 William Mack Knight is very adventurous and also a naturalist as described by Knight himself in one of the social media accounts. One can see his photo uploads on his Instagram account that there is some truth to it. He has included pictures of his impressive nature shots along with some trips to Big Sur- where he went on a vacation with his girlfriend. His pictures on Instagram also include a wide range of topography and climates. He has also captioned one of his pictures as 'From Tuscany to the Dolomites.'

In some of this other pics, one can spot a shirtless, ab-glistening Knight standing in a picturesque waterfall in Oregon. That just proves that he has a great body. “Found Ferngully,” Knight captioned, along with the hashtags “#exploring #oregon #frightenedturtle.” With so much love for hiking, one can definitely get into a good shape but he is also an avid fitness enthusiast and also takes part in military-style Tough Mudder endurance events. 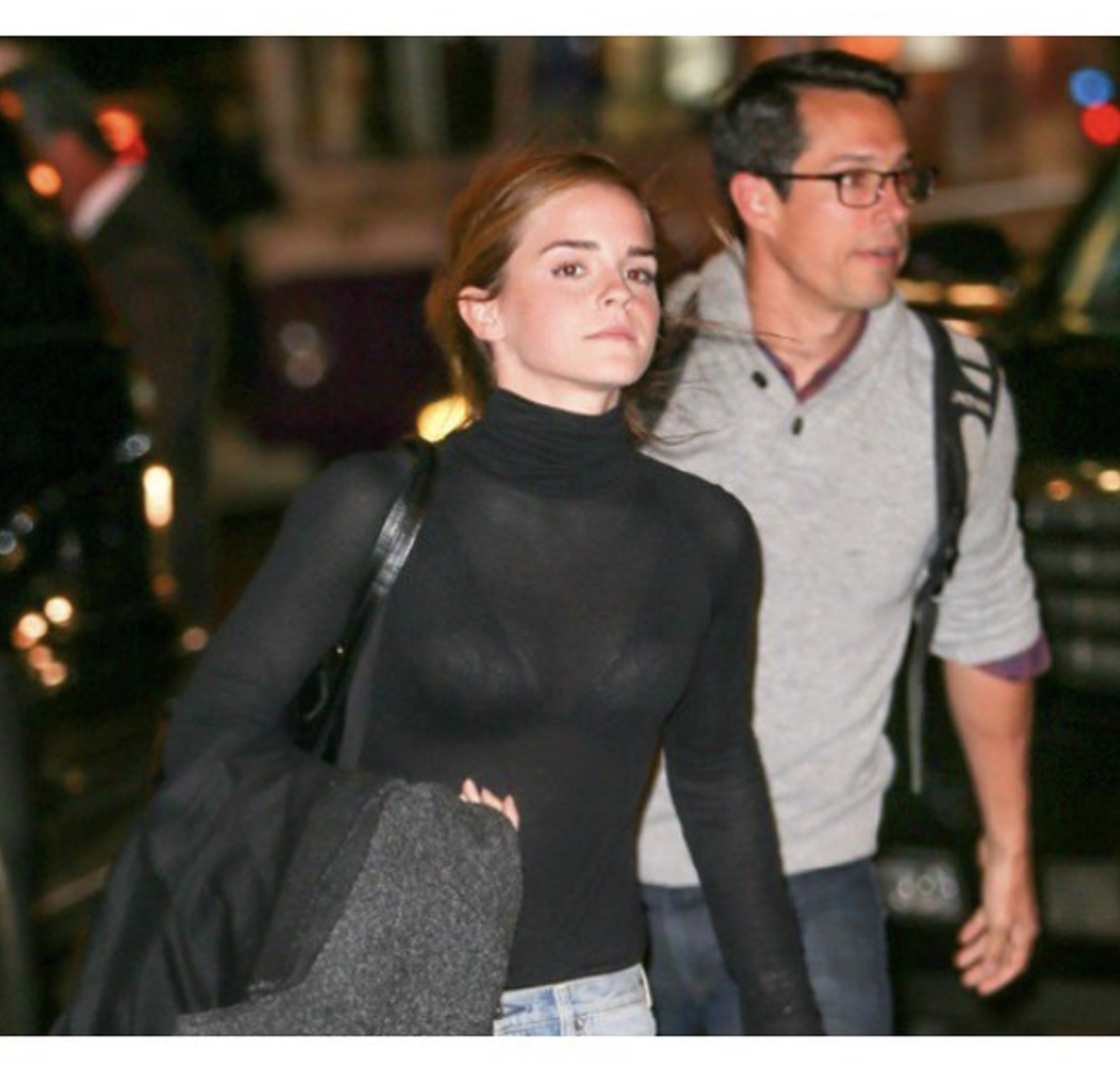 4. Watson's boyfriend has got a sense of humor

His Instagram and other social media accounts are full of the tech's subtle attempts at humor. From knee-slappers like the caption “Still chasing birds? I Sur am,” on a picture from Big Sur, to “Bar hopping,” to a picture of himself standing on a scenic sandbar, he is definitely a funny guy.

5. William Mack Knight is not afraid to catch a musical

A Broadway Date night is the gateway to a budding romance. Emma Watson and her entrepreneur boyfriend William Mack Knight were spotted together as they were leaving the Richard Rodgers Theatre in the New York City after attending a musical. They were there to see 'Hamilton' which is a hip-hop musical about the Founding Fathers.

The couple has split 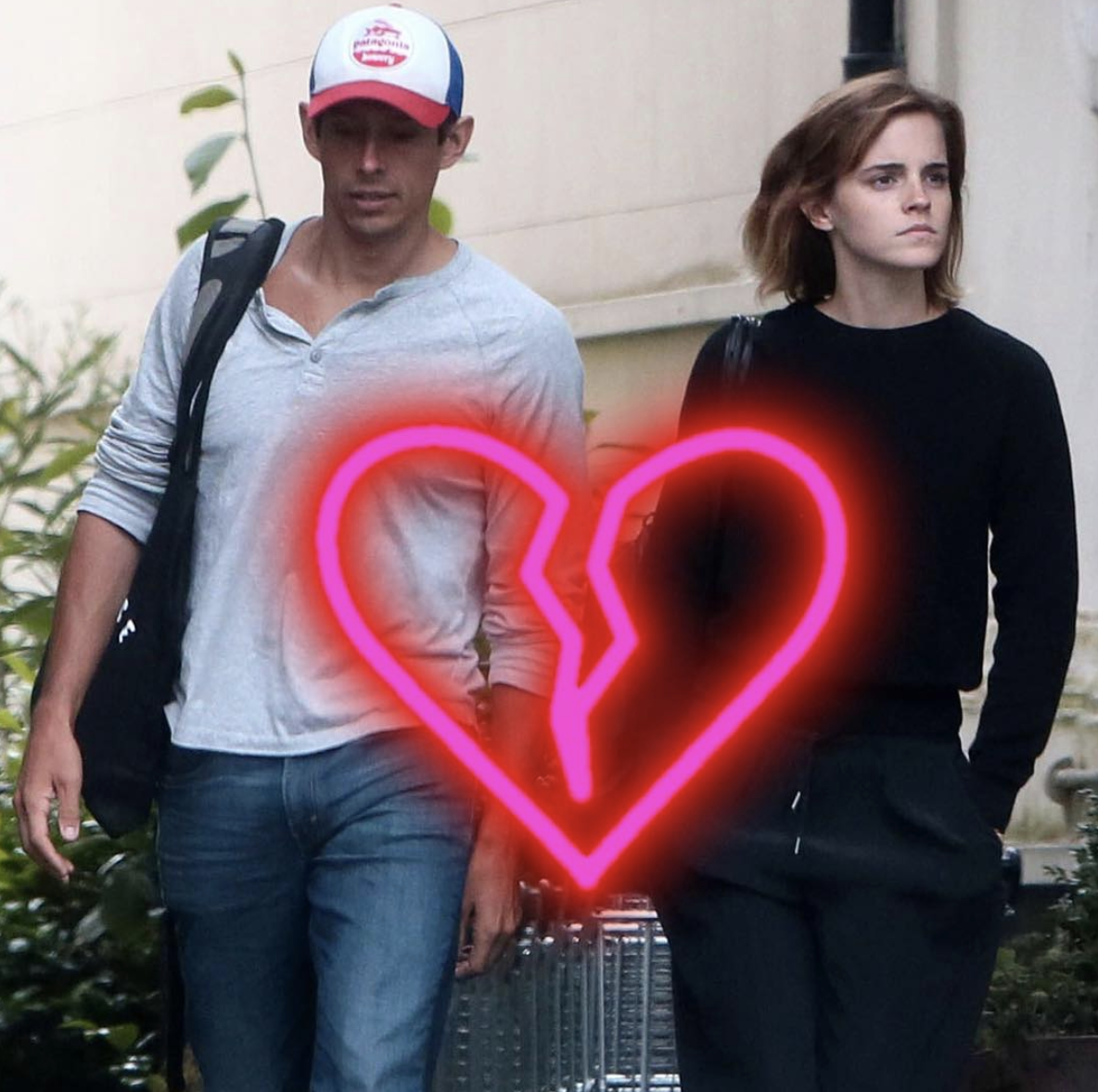 In a recent disappointment to fans all over, Emma Watson split from boyfriend William Mack Knight earlier this year. He had a job as a techie in the Silicon Valley. They were dating for almost 2 years. She was seen with the tech entrepreneur last on a dinner date in New York City in May this year.

The couple has parted ways according to a source, who is close to the Ivy League-educated pair. They first started dating in the year 2015 and were officially spot together attending a Broadway musical Hamilton in New York. Things were quite serious between the two and the American Businessman had also introduced Emma Watson to his parents. While the news of the split went viral, Emma looked relaxed in Paris. Emma earlier dated British Rugby player Matthew Janney for a year prior to dating Knight.

The actress was never open about her personal life and hence not much information could be gathered from her representative. Emma kept their relationship extremely private and would avoid talking about her boyfriend in interviews. In February she told Vanity Fair: 'I want to be consistent: I can’t talk about my boyfriend in an interview and then expect people not to take paparazzi pictures of me walking around outside my home. You can’t have it both ways.' She continued: 'I’ve noticed, in Hollywood, who you’re dating gets tied up into your film promotion and becomes part of the performance and the circus. 'I would hate anyone that I were with to feel like they were in any way part of a show or an act.'

His mother Katherine told the Daily Mirror newspaper at the time: 'I have met Emma, and she’s a wonderful girl. We don’t see them very often because he’s busy and working very hard.'