What does non-binary mean? While we have many definitions of the term, at its core, non-binary is "relating to or being a person who identifies with or expresses a gender identity that is neither entirely male nor entirely female." It may seem confusing, but hopefully, this short guide could help shed some understanding on the beautiful community of individuals who identify themselves as non-binary.

To understand the concept of non-binary, we need to dissect gender as a whole. Throughout history, we were taught to believe that there are only two genders: male and female. Gender, however, is a broad spectrum and is grounded on two beliefs: basic biology and historical precedence.

The concept of transgender people, genderqueer, and the like may seem like something new to the 21st century, but there have always been people who did not fit into one particular gender or stereotype throughout history. As early as 400 B.C. to 200 A.D., the Hijras of India identified themselves as beyond male or female and belonged to a third gender.

Instances of historical precedence like the Hijras of India or the māhūs of Hawaii paved the way and served as the foundation for gender identity today. 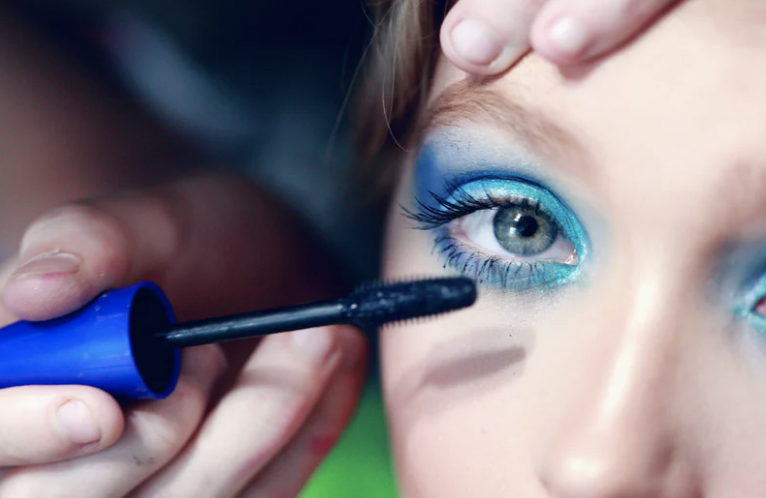 Even biology is not conforming to the binary setup of gender. According to data, one in every 2000 people is born with an intersex condition, meaning they have sex characteristics such as the number of chromosomes or physical anatomical parts that couldn't be strictly categorized as male or female.

Therefore, it is understandable that gender is genuinely non-binary but works in a spectrum. The notion that gender only consists of male or female is a social construct embraced and implemented by previous generations. While it is not incorrect, this idea is incomplete.

Several gender identities fall within the non-binary spectrum, such as:

1. Genderqueer – relating to a person who does not subscribe to conventional gender distinctions but identifies with neither, both, or a combination of male and female genders.

2. Agender – relating to a person who does not identify themselves as having a particular gender

3. Gender Fluid – referring to a person who does not identify themselves as having a fixed gender

4. Androgynous – referring to a person that is partly male and partly female in appearance but is of indeterminate sex

5. Boi – relating to a lesbian who adopts a boyish appearance or manner

6. Bigender – relating to a person who simultaneously identifies with two genders

7. Multigender – relating to a person who experiences more than one gender identity

8. Demigender – an umbrella term for nonbinary gender identities that have a partial connection to a particular gender 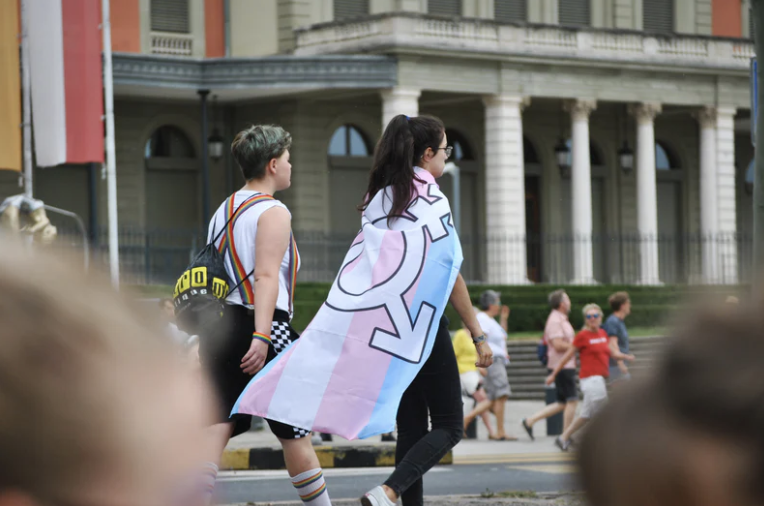 While the identities may seem so intertwined that one could not possibly know how to address a non-binary individual, the best way would be to ask them to avoid any misunderstandings.

"Non-binary is someone whose gender doesn't fall within the societal binary," says James, who identifies as a non-binary individual. "It equals freedom. I don't care what the men's department at Marshall's suddenly has decided that like men need to wear. I'm gonna go for what makes me feel authentic."

Top 8 FAQs on Non-Binary All Answered

The following are FAQs about non-binary identities answered that could be helpful to those who identify as cisgender, or someone who identifies with the gender associated with their biological sex, such as a female who was born a woman biologically and considers herself a female, and vice versa.

This is a tricky question that even those in the community do not have one set of answers for. The best way would be to come up with a conclusion through deduction. For example, if you notice that you somehow don't fit into your biological gender, such as having second thoughts to being called a "her" or a "he."

It's definitely not something that happens overnight but is built upon past experiences and future expectations. If you feel more comfortable with being called "you, they or them," then that is another realization that you do not identify to the incomplete gender binary. 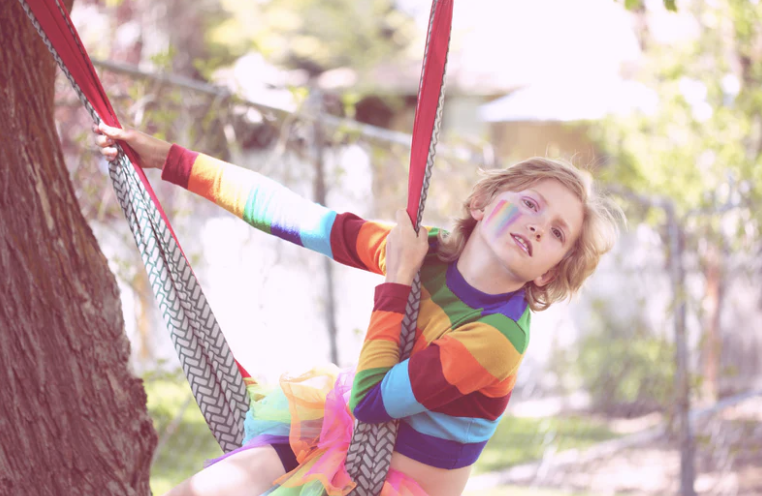 2. How should I address a non-binary person?

We live in a world full of labels – everything must be categorized. However, if a person does not identify with a particular label, what happens then? Those within the non-binary community consider names or pronouns as something significant. A non-binary pronoun is not just a word to address someone, but it is a powerful way to confirm and assert their gender amidst assumptions.

Unless the person tells you what pronoun or name they prefer to be called, it is best to opt for any gender-neutral pronoun.

3. Is there anything I should be sensitive to when talking to a non-binary person?

You'll be surprised that mingling with non-binary individuals is not a walking-on-eggshells experience. They are genuine, down-to-earth, and oh-so-interesting to be with! Yes, you might make a mistake with the proper pronoun or label to use, but most of the time, they just let it slide.

Perhaps a sensitive topic to ask a non-binary person is their old name. It isn't very polite to do so. They give you their new identity and the pronoun they want to be called, so it's our task to respect that. What right do we have to probe into their past without consent?

4. Who are the celebrities who identified themselves as non-binary?

Grammy-award artist Sam Smith realized they were non-binary when the term came resurfaced in society. The singer went to Instagram to announce their change in pronouns and even added that "there will be many mistakes and misgendering." The caption included: "After a lifetime of being at war with my gender, I've decided to embrace myself for who I am, inside and out." 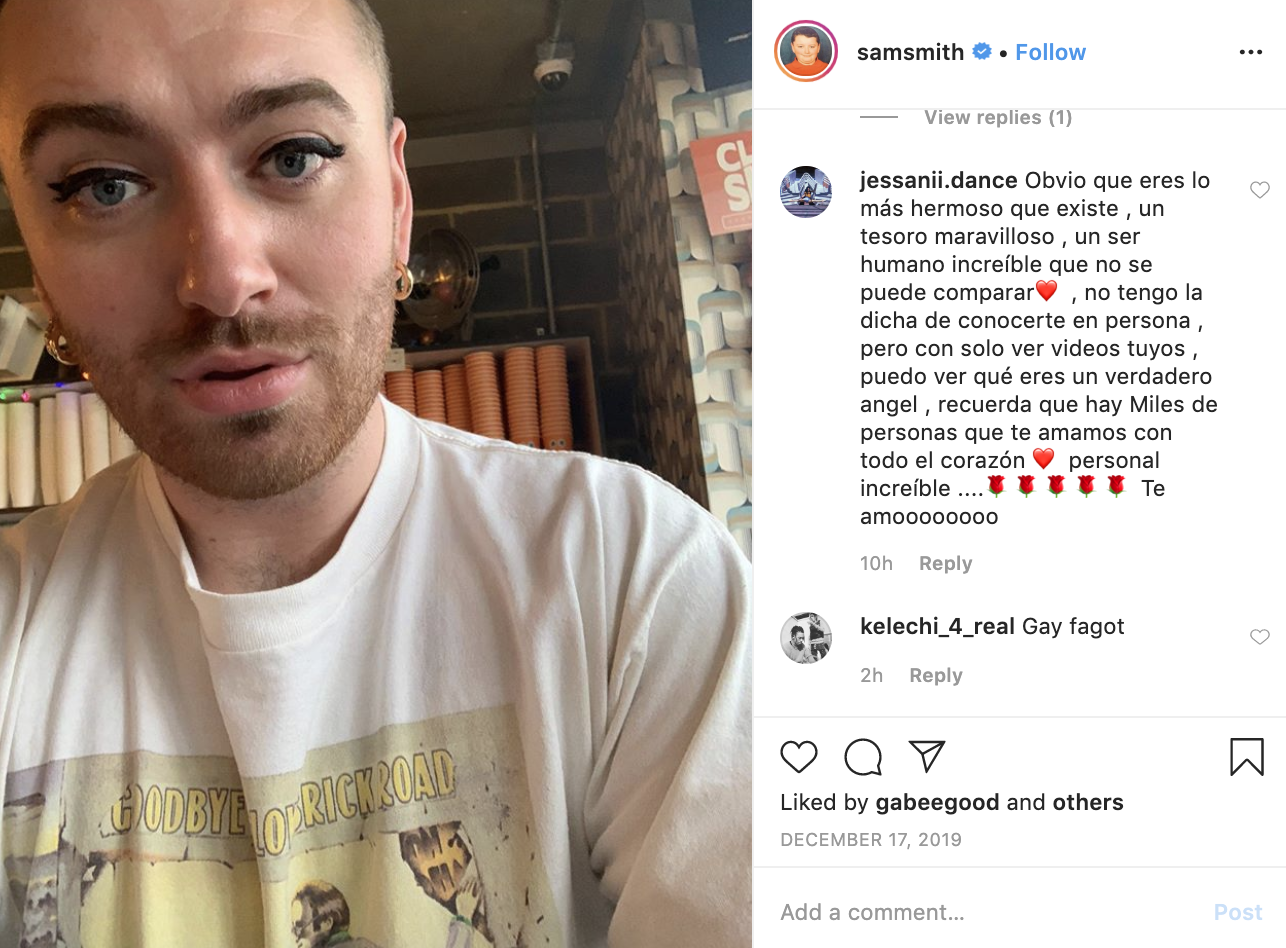 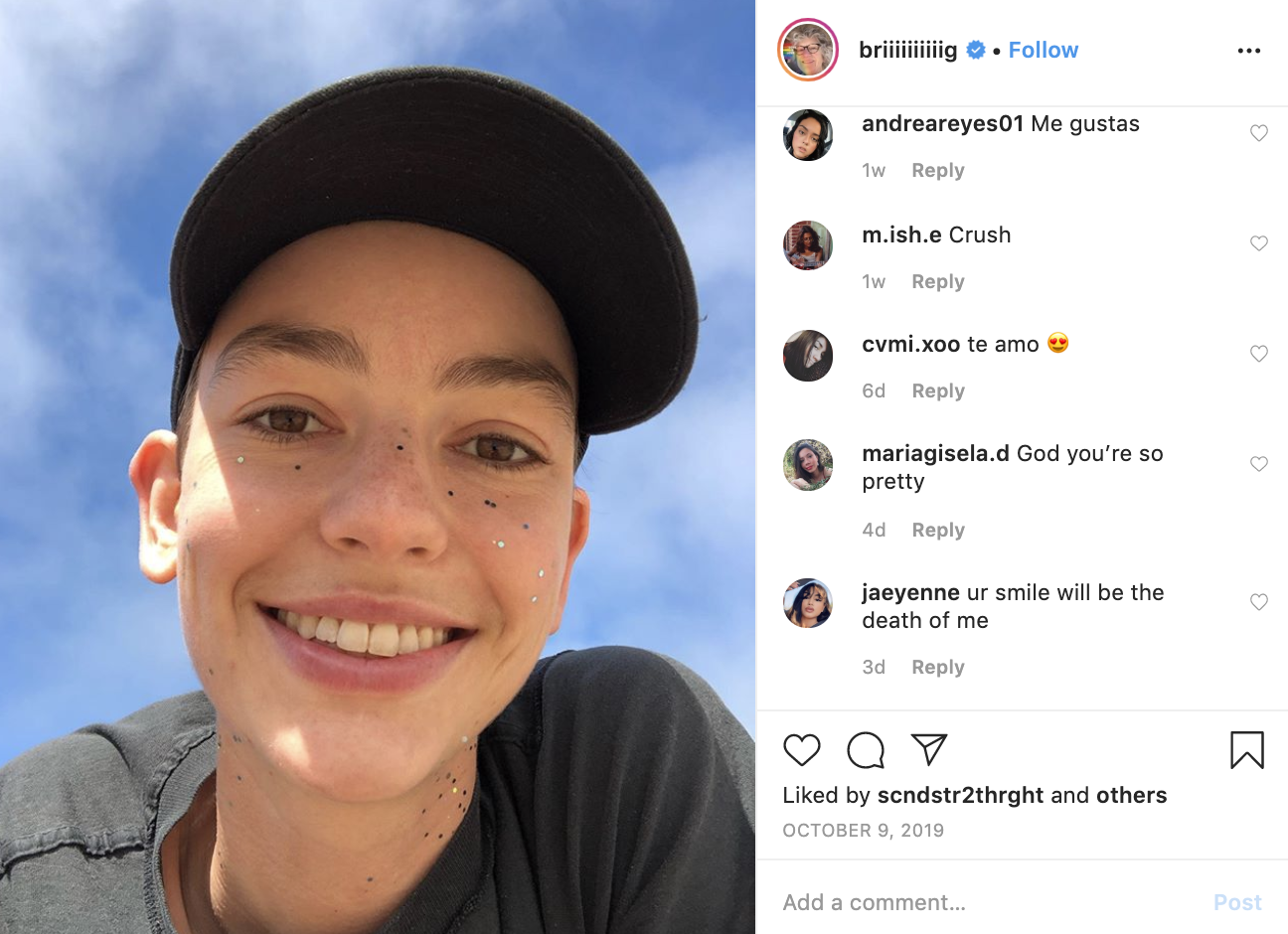 Even the film industry is beginning to embrace gender fluidity. Asia Kate Dillon, who co-starred alongside Keanu Reeves in "John Wick: Chapter 3 – Parabellum," got the director to incorporate their identity into the movie role. "I just said to [director] Chad [Stahelski] and Keanu [Reeves], you have a real opportunity here," Dillon said. "I'm a non-binary person. This character could be non-binary." 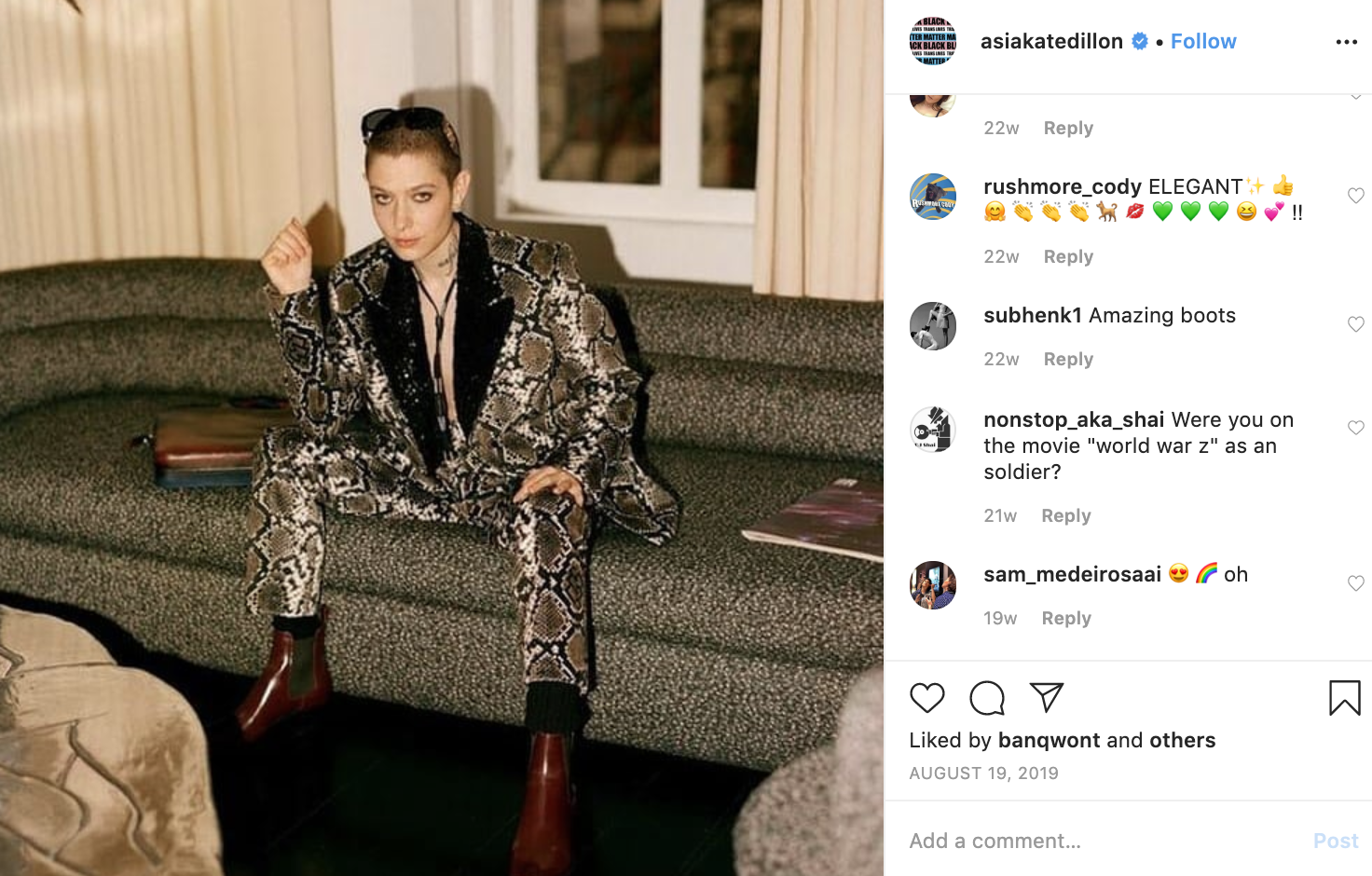 5. What is the difference between non-binary and gender fluid?

Gender fluidity is one type of non-binary gender. The term "fluid" is used because it symbolizes the shifting of preferences the individual has between genders. In general, genderfluid people are non-binary, whereas not all non-binary individuals identify as genderfluid.

6. How do non-binary people dress?

They could dress like a girl, boy, both or anything they want to be! The fashion choice of a non-binary person is entirely up to them and, in a way, is so much more exciting compared to being restricted to only two types of choices. 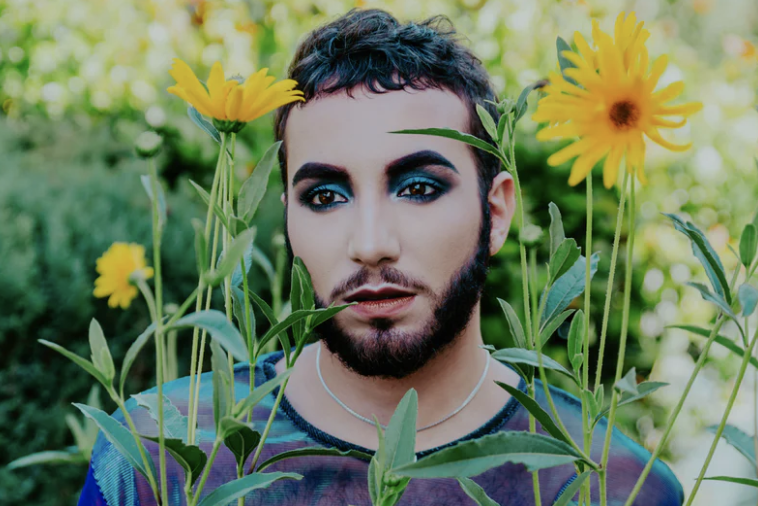 7. Does being non-binary lead to a physical transition?

No. Being non-binary does not automatically equate to a physical transition of biological genders. Whether an individual transitions or not does not change how they perceive their identity. It does not make them more or less non-binary in the process.

8. How do I best support non-binary people?

The best way to support non-binary people is to understand that it is not a phase but a person's choice of identity. They do not deserve to be categorized, stereotyped, or defined in any way, shape or form. Instead, a cisgender individual should celebrate with a non-binary person for discovering an identity they are comfortable in. When a community and society is filled with individuals who respect and support each other's identities, harmony in its purest form is created. 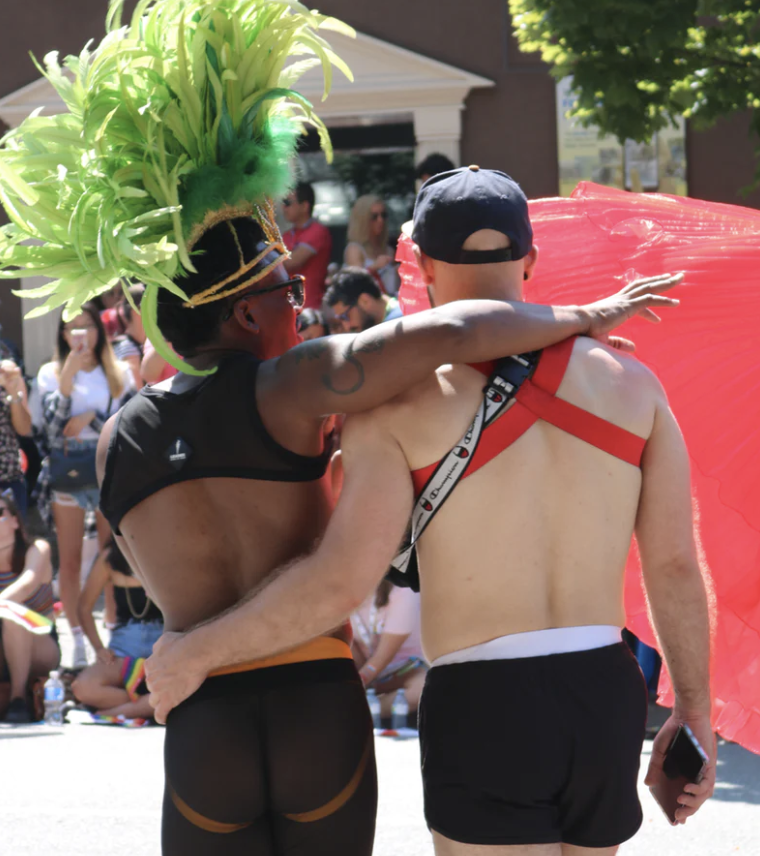 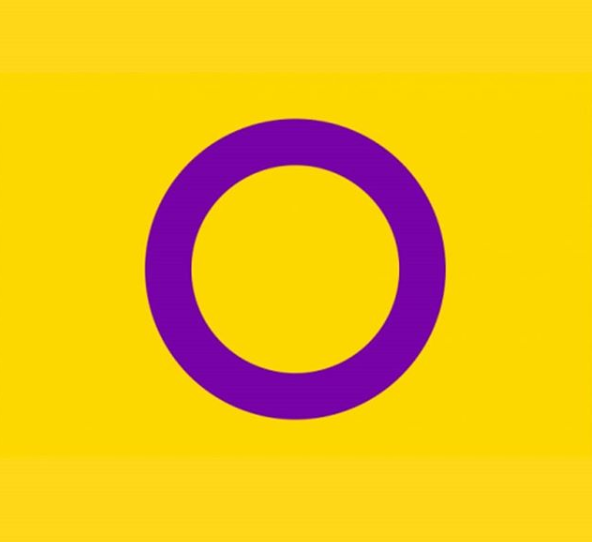 When gender is not a boy or a girl: intersex and the situation now

Binary, non-binary, at the end of the day it is all about the identity that we like on ourselves. The environment, our family, our friends, nor society should not have the power as to which identity we are comfortable with.