Valeria Lukyanova is a Ukrainian model and entertainer that gained fame for her unconventional doll-like appearance, down to the preternatural upright posture and cocked head.

The internet has since dubbed her ‘human barbie’ and you would understand why if you saw her but Valeria doesn’t like the term and prefers to go by her spiritual name, Amatue. She is so deeply in her character and even has doll-like apostles like her bestie Olga “Dominika” Oleynik.

Although Valeria’s beauty is not everyone’s cup of tea, she is fortunate enough to be with someone that’s madly in love with her. 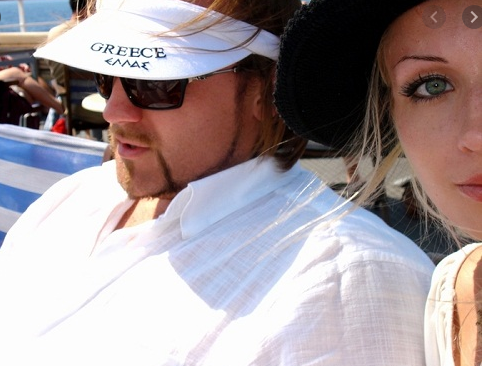 Valeria and her husband Dmitry: @valerialukyanova21/Instagram

Dmitry was born on November 26, 1977, in Odessa, Ukraine. Dmitry lived a rather comfortable life because his dad was a local rich person who made his money in the construction business. Dmitry later decided to follow in his old man’s footsteps and pursued a degree in architecture.

Dmitry comes from a somewhat well able family from Odessa. His father was the architecture and building chairman of their town so it doesn’t take a genius to gather that Dmitry would go after a career in the same profession as his old man. He graduated with a degree in Architecture from a university in Odessa before proceeding to make a name for himself in the architectural scene of Odessa. He erected some of Odessa’s largest hotels. 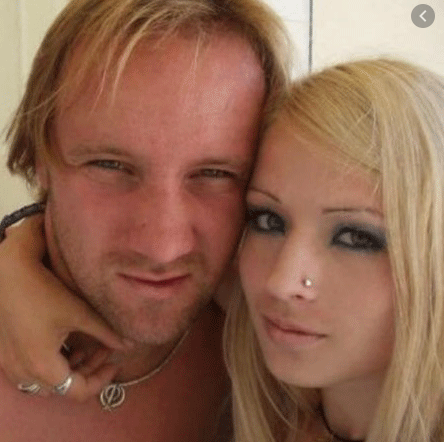 Valeria has disclosed in many interviews that her husband deeply enjoys outdoor activities. In fact, he’s not shy about conquering a few mountains here and there. He’s conquered a few mountains like Mount Elbrus and together with his wife, they’ve been on Everest, Nepal,  and the Himalayan mountain range. It seems this man enjoys the crispy cold mountainside as much as he enjoys breathing.

4. Is a strict vegetarian and into occultism

Dmitry is soul-conscious and you would never catch him dead eating animal products. Valeria has alluded that it was her husband that introduced her to her strict vegetarian diet saying that he became a strict vegetarian even earlier than she did. 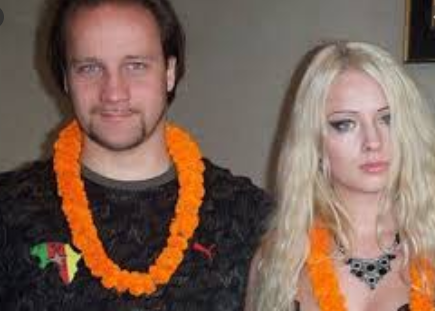 Another fact about Dmitry that’s been disclosed by Valeria is that he’s into occultism and different spiritual practices. She says that he got into occultism even earlier than she did and introduced her to some of the practices she’s into now

More About Him and Valeria Lukyanova

Valeria is married to her child-hood friend and long-term boyfriend, Dmitry. They got married when Valeria was just 16 and their relationship is still going more than a decade later.

There are two accounts of how the love birds met, according to Valeria and while one sounds romantic and like this was meant to be, you might wanna buckle in for a story that might surprise you. 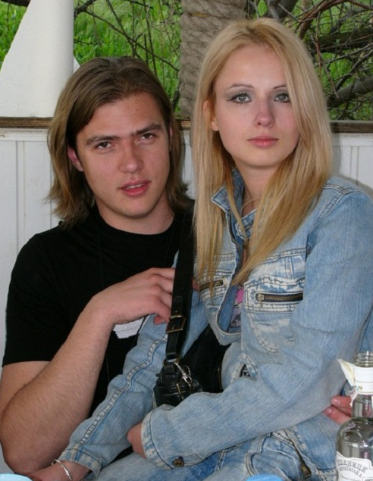 They've known each other for a long time: @valerialukyanova/Facebook

Valeria has stated that she and Dmitry have been friends since childhood. Valeria and her family moved to Odessa when she was still young and here her father met Dmitry’s father and the two families became friends.

Valeria and Dmitry’s relationship has since evolved from an innocent relationship to a more romantic and now married. Valeria speaks fondly of her husband and obviously he’s had an influence in her life as she says he got into occultism even earlier than she did.

2. Fixed into a relationship by her father

There’s a less popular story of how and Valeria and Dmitry came to be the couple they are today. Valeria once said that her father was trying to fix her into a relationship with one of his friend’s son and on the day he was supposed to show up, Dmitry showed up instead and even though they were friends, they decided to see how it goes.

The story is not that far fetched considering Odessa is considered the sex trade capital of the world where girls line up the streets looking for a husband and are taught that their roles in this world is to be married, have kids and take care of the home. 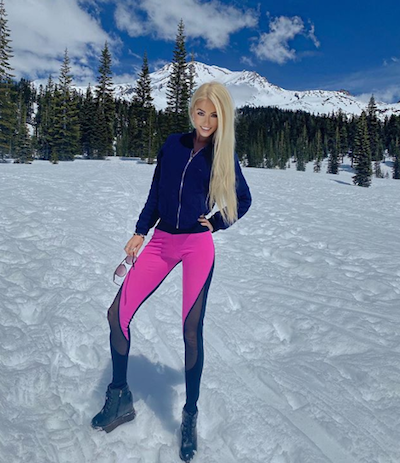 The couple supports an open marriage and is very supportive of each other’s needs. Valeria doesn’t believe in physical intimacy and is rather shy around the topic of sex but admitted that she’s not interested- “I do not have animal urges, some people enjoy eating the most, some having sex. I will say one thing- the less you make this so-called love, the better,” We see why there might be a need to support open marriage. She portrays her relationship with her husband as more brother and sister than romantic.

On having kids, Valeria and Dmitry both prefer not to have them with Valeria saying that she doesn’t feel the desire nor the capacity to be a mother. “I’m from another universe. There, everyone is asexual- in our dimension,  there’s no such thing as children.

Despite her rather outlandish ideas of what a romantic relationship, Valeria does believe in the institution of marriage and it’s clear because of how long she and Dmitry have been together. 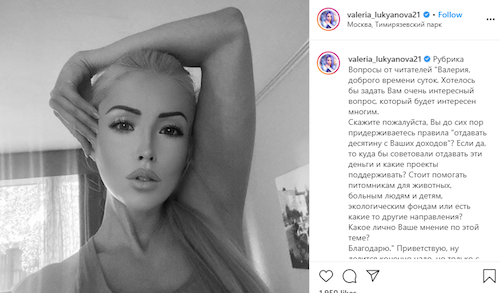 check out that clear skin: @valerialukyanova21/Instagram

His support to Valeria Lukyanova

Dmitry is highly supportive of Valeria and her life choices. Every single one. The bio on his Facebook introduces you to his pet, his wife, Amatue. He even uses her other-dimension name!

On numerous occasions, Valeria has gone on record to say that her husband is always on her side and likes her with or without make-up.

He works hard to try and shield her from all the negative press surrounding her persona. 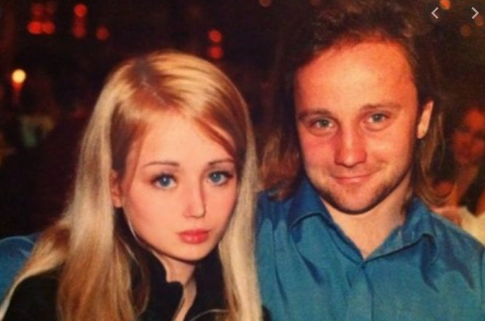 Human barbie and her husband: @valerialukyanova/Facebook

It seems Dmitry really likes his wife and everything she embodies and isn't shy to show his support for her no matter what the critics say. At the end of the day, your biggest supporters should be those you're really close to and in this way Dmitry is winning it big for us

Dmitry and Valeria have been together for a long time. From childhood friends to when they started their romantic relationship and now marriage. They both seem happy and content in their relationship. It’s a fulfilling relationship to both partners with a couple that understands and supports each other’s dreams and hopes. 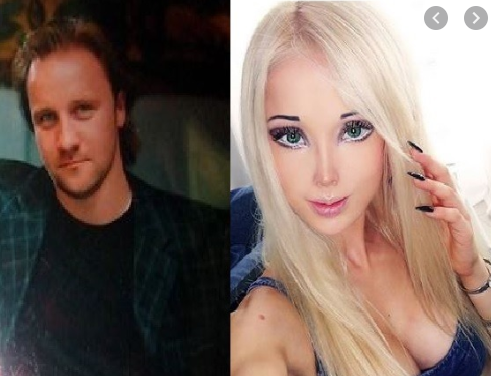 Dmitry is highly supportive of Valeria and her life choices. Every single one. The bio on his Facebook introduces you to his pet, his wife, Amatue. He even uses her other-dimension name!

On numerous occasions, Valeria has gone on record to say that her husband is always on her side and likes her with or without make-up.

He works hard to try and shield her from all the negative press surrounding her persona.

They take part in each other’s activities and interests and perhaps the biggest giveaway that this couple is in it for the long haul, is the fact that they both believe in a long-lasting marriage so you know that they are working on making sure that’s a reality for them. 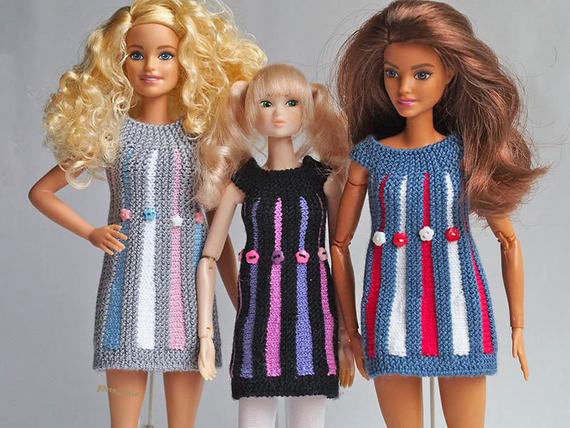 And their name is not Ken. Meet the passionate collectors!

Everyone dreams and wishes to have that perfect partner and relationship as a whole, to find that Ken-ladies you know I’m right. We want someone that understands us and gives us what we need. Valeria and Dmitry seem to have found this in each other. Valeria is one lucky girl to have landed the man trifactor. Works hard, supportive and loves her so completely.

Well, we can’t all get the perfect man but we can certainly hope that they take a page off Dmitry’s almost too perfect book.