Who Is Paris Berelc 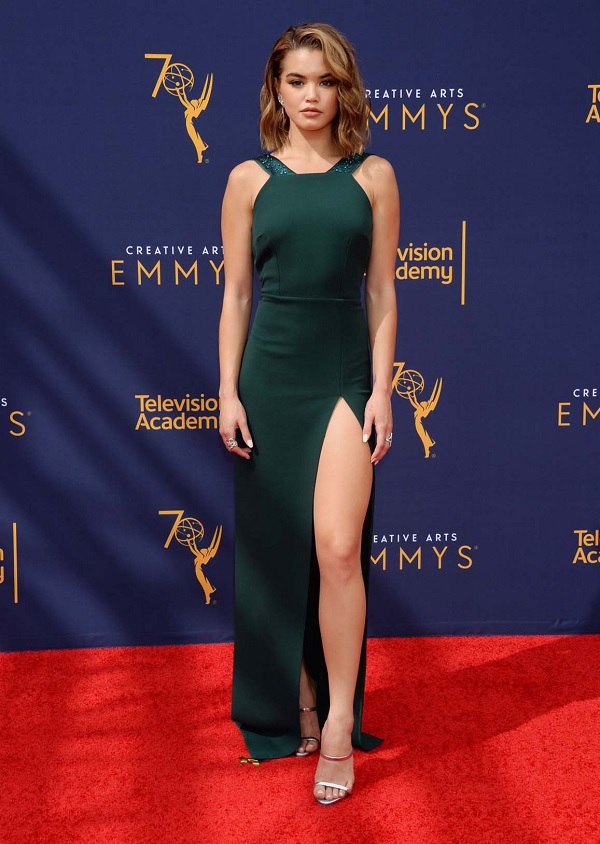 America has yet another actress and model to take pride in- Paris Berelc. This 21-year old is one to watch-like check the legendary career she has already laid.

There’s more to Paris Berelc than meets the eye. She is not only the actress who woes the audience on and off the set-but also a gymnast that America once hailed as one of its youngest gymnasts.

She started as a gymnast and a thrilling dancer at 4-years old and even won several championships and competitions. Gymnast has always been her initial love.

And at only 9- years old, she began modeling with Ford Model Chicago. This newly found passion got her ad contracts with numerous fashion entities, including Kohl’s, Sears, Boston Store, and K-mart.

She was also the face of many brands. For instance, she was the cover for the American Girl Magazine for their 2009 end of year issue.

Although she had already achieved so much, her fire had just started, and she couldn’t wait to prove that. In 2010, Paris Berelc had her first acting class at the Acting Studio Chicago.

And in 2013, at 14 years of age, Paris paused her gymnastic career and moved to LA. There, she took a shot at executive acting. And that’s how Paris Berelc found her real calling. 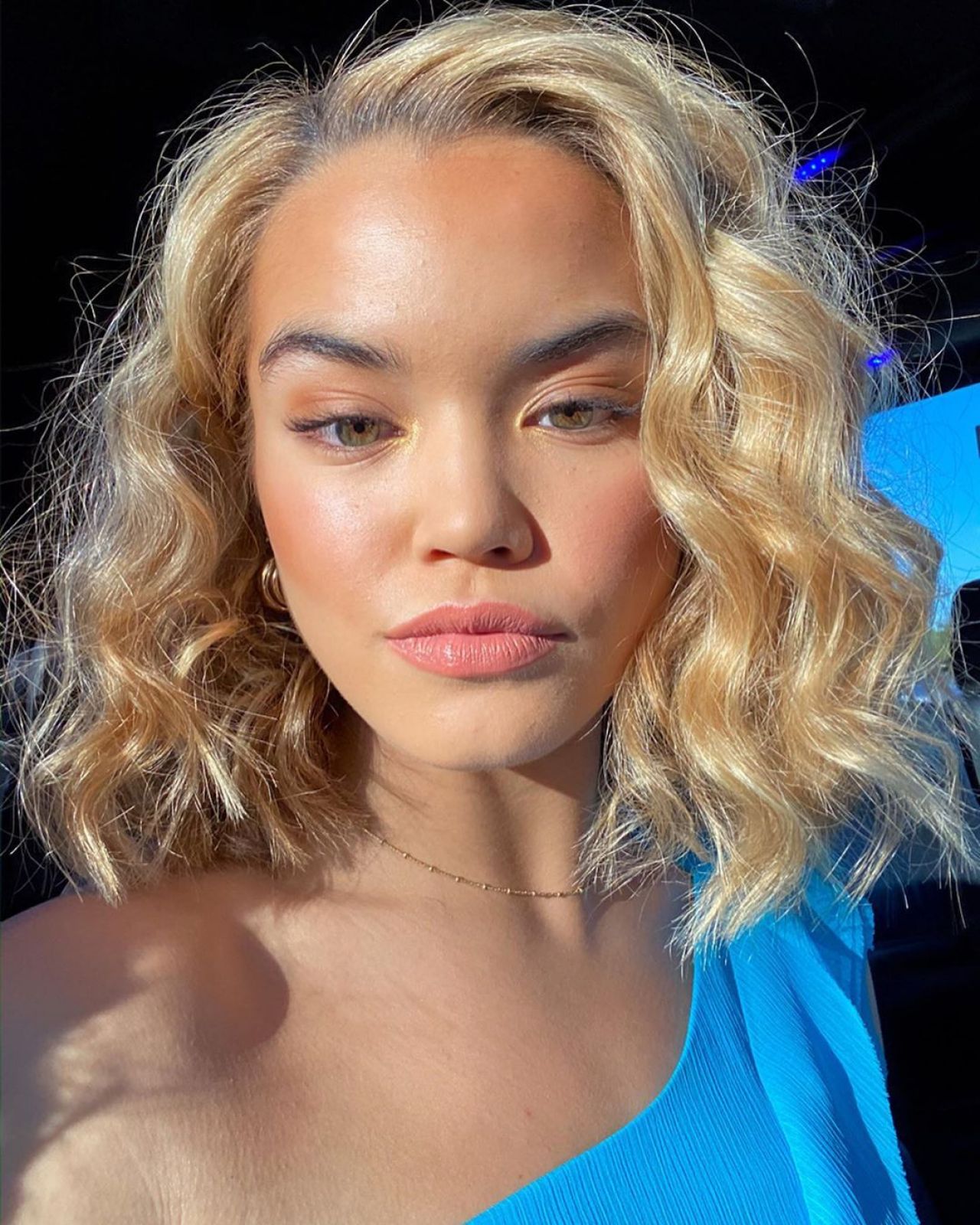 She was born on December 29, 1998, as Paris MaryJo Berelcto Joe and Maria Berelc. She was raised in Milwaukee, Wisconsin, U.S. but moved to California with her family, where she currently lives.

And yes, you have her multi-cultured ethnicity to thank for her spectacular beauty. Paris is of French-Canadian, European, and Filipino backgrounds. Her father, Joe, is French-Canadian while her mother, Maria is European-Filipino.

She also has three younger sisters: Bless- an aspiring actress, Joelie-a gymnast, and the youngest- Skye.

How Did Paris Berelc Get Famous? 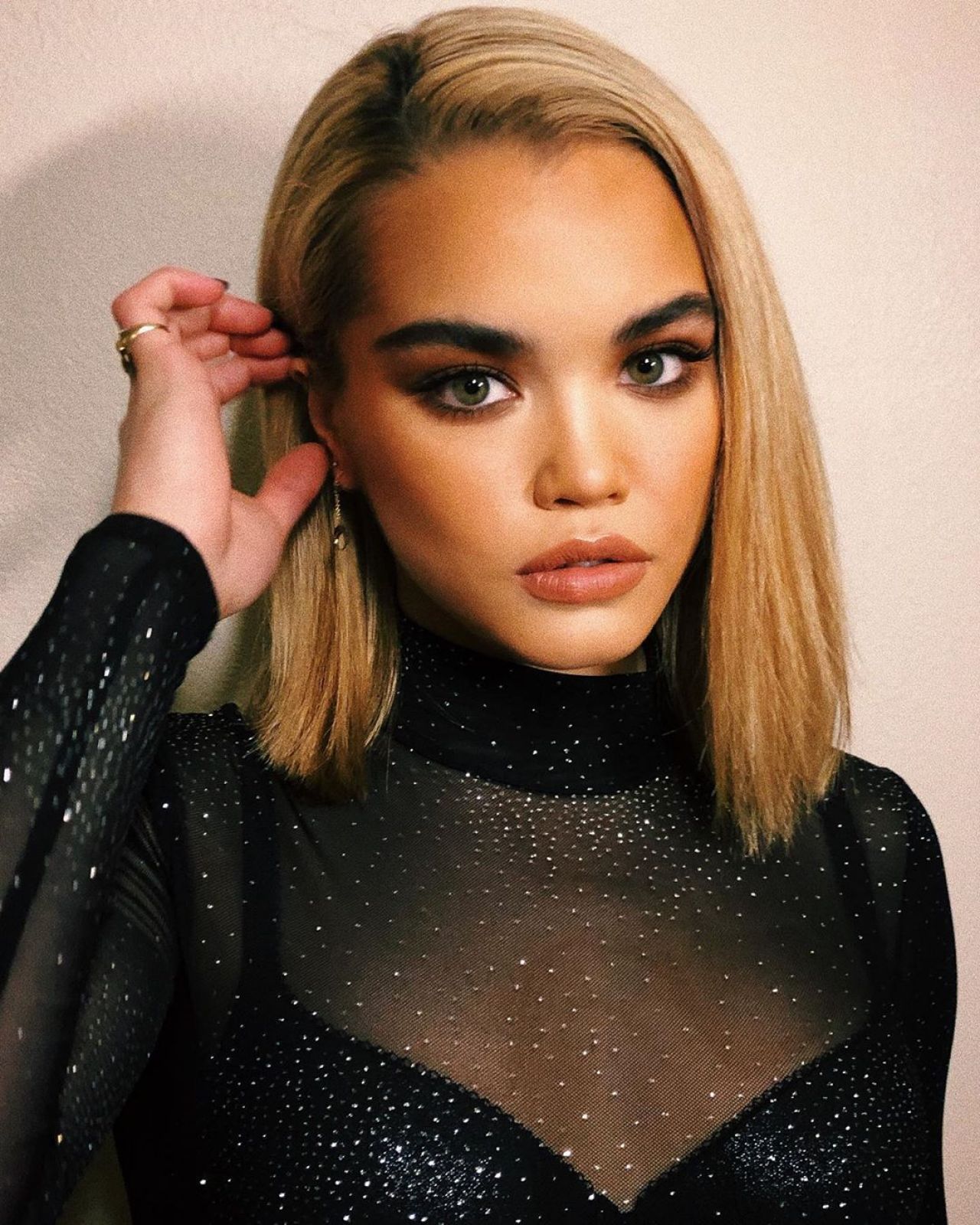 She was to sweep through LA’s competitiveness as well-and she did it. It didn’t take a while when her gobs of talent and copious ambitions put her at par with other gifted entertainers of her generation.

Soon, she started bagging lots of roles with her acting career kicking off with the famous Skylar Storm role in Disney’s situational comedy, “Mighty Med.” She starred alongside the renowned Bradley Steven Perry (Kaz), Jake Short (Oliver), and Devan Leos (Alan) in the film that became her big break in the filming world.

Two years later, she showcased her skills again as Molly in the “Invisible Sister.” In this, she starred alongside Reward Blanchard.

Although “Mighty Med” ended in 2015, Disney produced “Mighty Med’s” spin-off, “Lab Rat: Eliot Force,” and still needed her to play Skylar Storm. This show was what made Paris burst into stardom.

Fans of the Disney’s XD series could not help but gush at how she was a natural-be it as Skylar or as Molly.

Unfortunately, she has not received any awards or nominations for the awards. But with her zeal and enthusiasm, she’ll bag lots of pleasantries in the future.

Paris is a true Capricorn. Like, see how much of a worker bee she is at such a tender age! She is not only a fireball of talent but also gets to turn everything she touches into gold.

Is Paris Berelc In A Relationship? 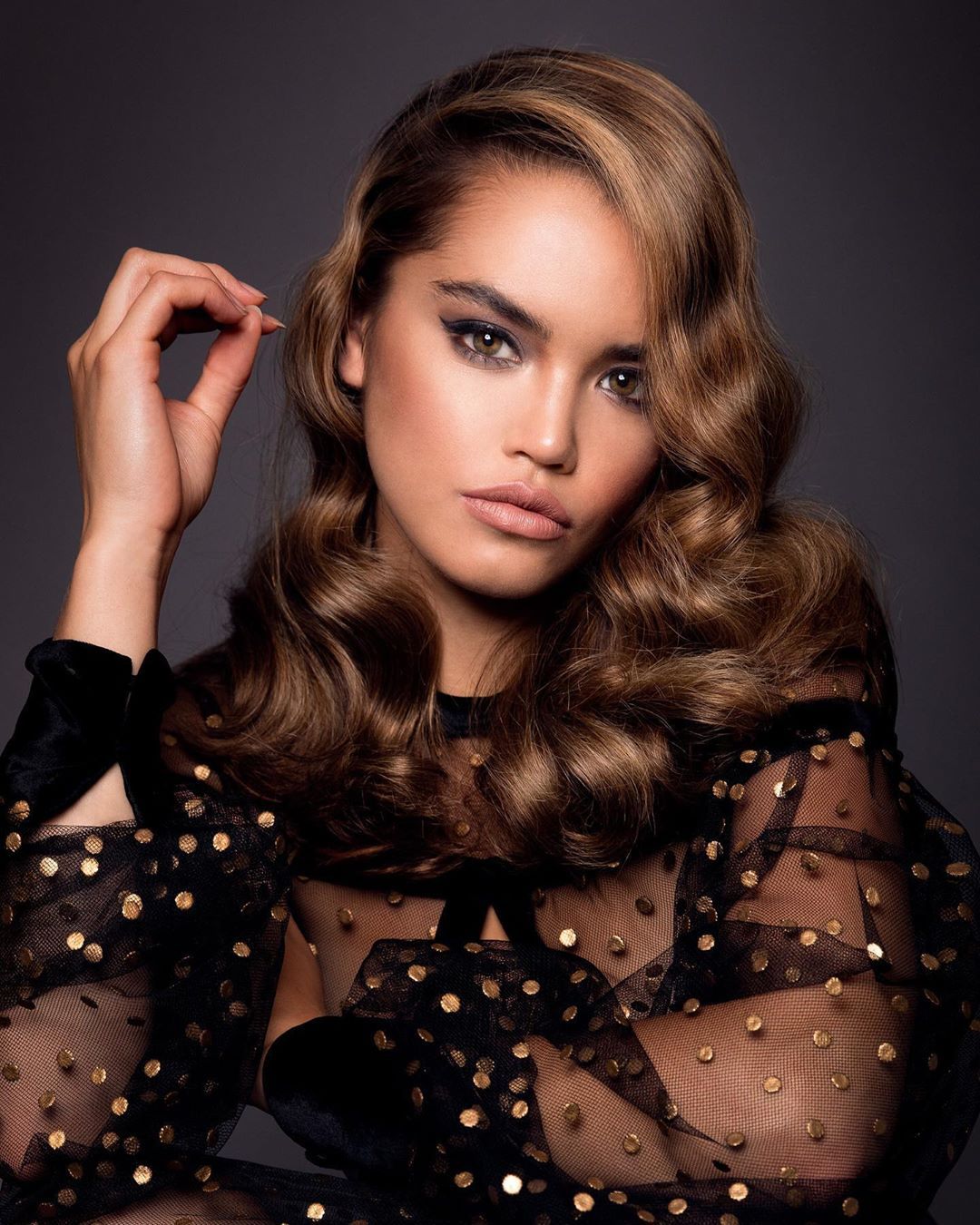 When acting as Alexis in Alexa and Kattie, Paris admits falling in love with the script. But then, that’s not the only thing that stole her heart. She also fell for her co-star in the same film, Jack Griffo (Dylan).

And to say that they are the cutest Hollywood couple is an understatement! The lovebirds have been serving couple-goals for over three years now, and no one can afford to hate.

Everyone could see that the pair was deeply into each other. Like, what can you make out of the frequent gushing over each other, red-carpet stances, and appearing in one another’s social media posts in December 2016? Better yet, what of gracing the merriest place on earth-Disneyland-together?

After speculations, their fans were treated to an official confirmation about their dating in January 2017. It was after Paris uploaded a pic of the duo’s holding hands. After that, the couple was free to profess their love for each other.

Unlike other couples who can’t stand working in the same environment, the two were very comfortable around each other that they didn’t have a problem working together.

Paris attributed this to the fact that they still see each other as the 14 and 16-year old Alexa and Dylan.

But wait, are they still together? They were still going strong and made everyone desire their kind of love until August 2019.

Sweet Paris posted a photo of herself tight-in kiss with a man, but it wasn’t Jack Griffo. This time, it was a reserved Pete Yarosh. Little is known about the guy because he only has a few posts on Instagram, that doesn’t give much.

Frowning, right? Relax, that was only a hiccup because the fav duo-Paris and Jack- were back together in January 2020. And since they didn’t come out to publicly address the split-up rumors, you can’t be certain. Whatever it was, everyone wishes them the best.

However, since they kissed again, it’s been great for the pair. They even made a step and adopted Lady, a puppy, in March.

What Is Paris Berelc Currently Up To? 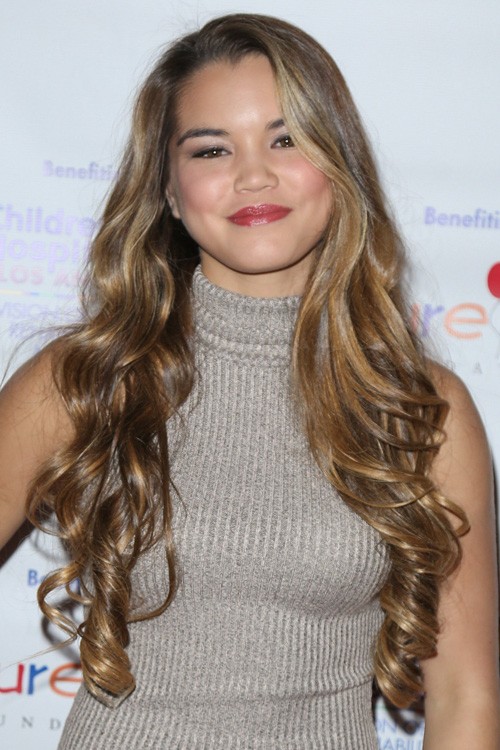 Paris has grown tremendously over the years, and she hasn’t slowed down any bit!

After the end of Alexa and Kattie, fans were sad to see them go and hoped for a reboot or another movie from the cast. She was also hoping for the possibility of “something” one more time before the gang before they split up for good.

After appearing in the recently completed film, Hubbie Halloween, Paris is now behind the camera actions. As an aspiring writer, she’s prepping scripts, screenplays, and pilots that she hopes to finish and create a show /movie with.

She targets to step out of kid’s genres and venture into writing drama and comical genres. And, just like Pretty Little Liars and Gossip girl, she envisions her audience to be young adults.

She is passionate and hopeful that she’ll be able to showcase stories that resonate with her. As her fans, you should watch out for Paris’ kind of content to come as she continues to find her way in the writing arena.  And for the achiever that she is, Paris will deliver!

Apart from acting and writing, you can’t stop but awe at her sense of style. Her touch with the modeling scene must have instilled a lot of fashion and beauty tricks.

For this, modeling agencies, bloggers, and stylists tend to reach out to her for insights about her edgy look. Most beauty enthusiasts also use her for reference because of her sleek complexion.

Recently, after the police brutality that saw George Floyd killed, she has been on the forefront to condemn the brutality. Like other celebrities that support the Black Lives Matter movement, she has come out to support the movement and rally for donations from her fans for the cause.

Paris is also available for booking as a guest speaker for any event. She can also appear at a corporate event, fundraiser, social media campaign, conference, fair, or endorsement project at a fee. 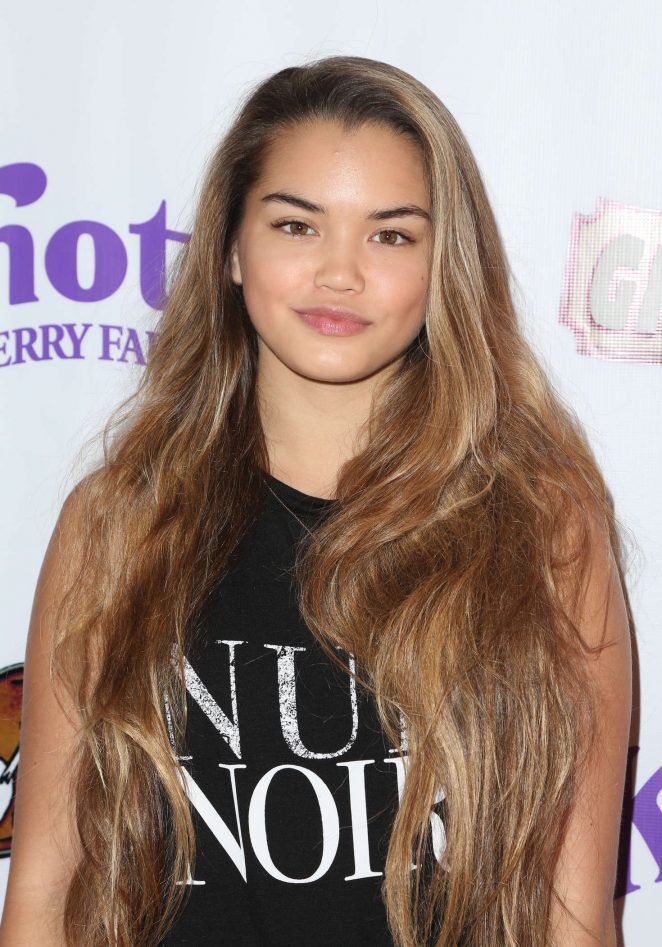 When you talk of her worth as of 2020, Paris’ net worth is a whopping $3 million. Meaning, she lives generously with good fortunes from her hard work. She has earned this amount through her career as an actress and a model.

She has appeared in numerous movies and shows over the years. Unfortunately, she does not share how much she was paid for every film. The Tv scenes she has featured in include:

That was not all about her wholesome list because this year 2020, she has appeared in the recently completed film - Hubie Halloween. 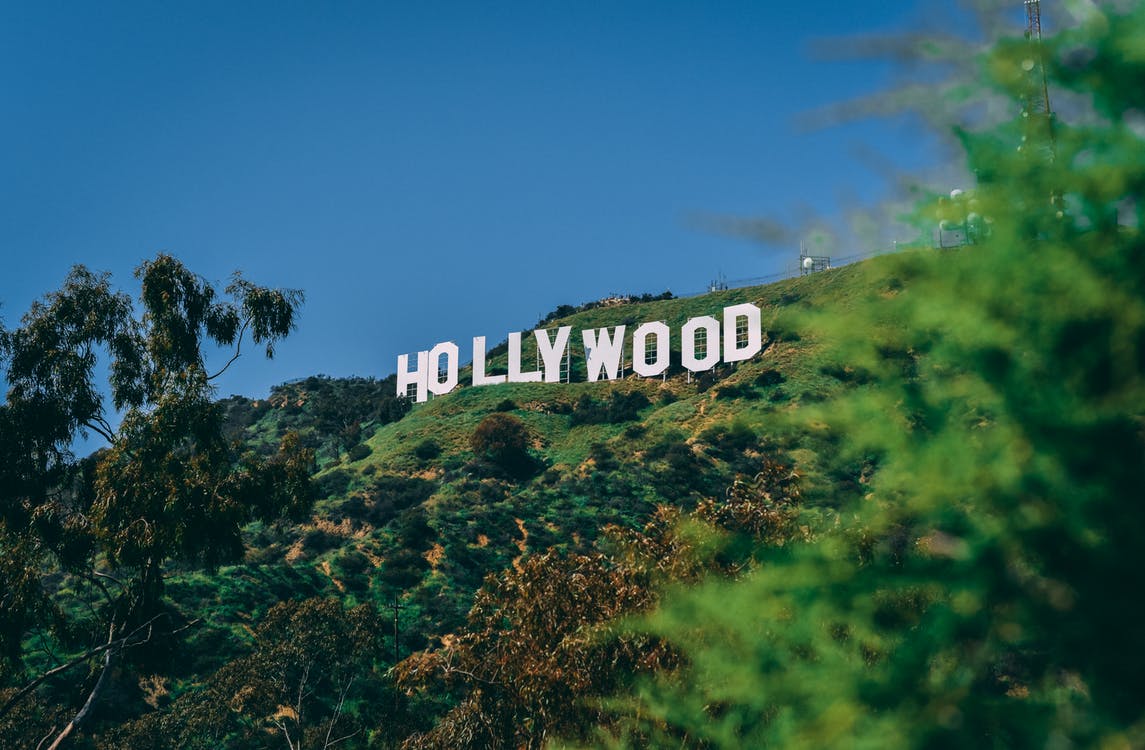 Who are the new oriental faces appearing in the blockbusters 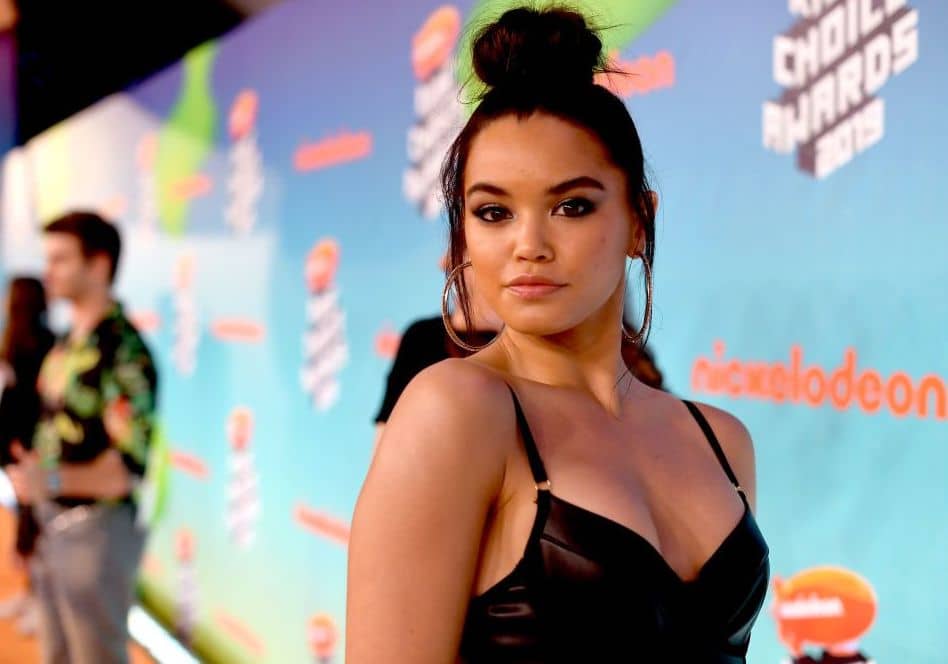 If you are looking for a young Hollywood star to love, find Paris Berelc.