Who Is Lauren Silverman And What Is She Famous For? 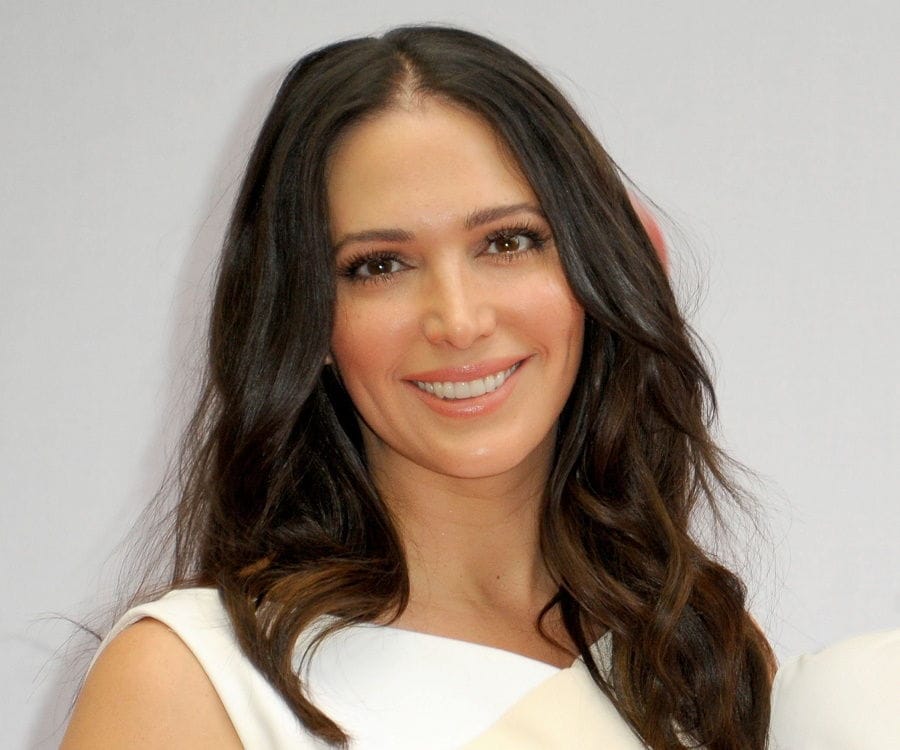 Lauren is a 42-year-old New York socialite who was born on January 1, 1977, in Florida. She came from a rich and influential family.  She got exposed to the elite's personalities, whom she started to date at an early age.

She joined a private school, Miami county Day School. Nicole Davis is her only sibling. Her father is an accountant who lives in Florida with his new wife after divorcing her mother, an estate agent. Lauren is also an actress in the animated TV series, Dr.Kartz, and a 1997 movie.

Lauren was initially married to Andrew Silverman, a banker, and a property developer, in 2003. However, Andrew's parents Eleanora and Allen, were against their son marrying Lauren on claims that she wasn't the right choice for him, as they had raised their son with a high standard of mannerism.

They did not attend their wedding ceremony in St Regis hotel in Manhattan. Regardless of their opinion, that didn't prevent Lauren from marrying Andrew, with whom they had a son in 2006.

Lauren came into the limelight after having a son with Simon Cowell while still married to Andrew. The glory that came with being the mother of Simon Cowell's first son made her more famous. Not mentioning the access she got to the music idol's $225 million wealth. Nothing could stop her from going upwards on a social level.

Lauren is one of a kind; she's determined and pushy. Despite critics that she is a gold digger, she allows no one to hinder her from getting money and fame.

How Did Lauren And Simon Meet? 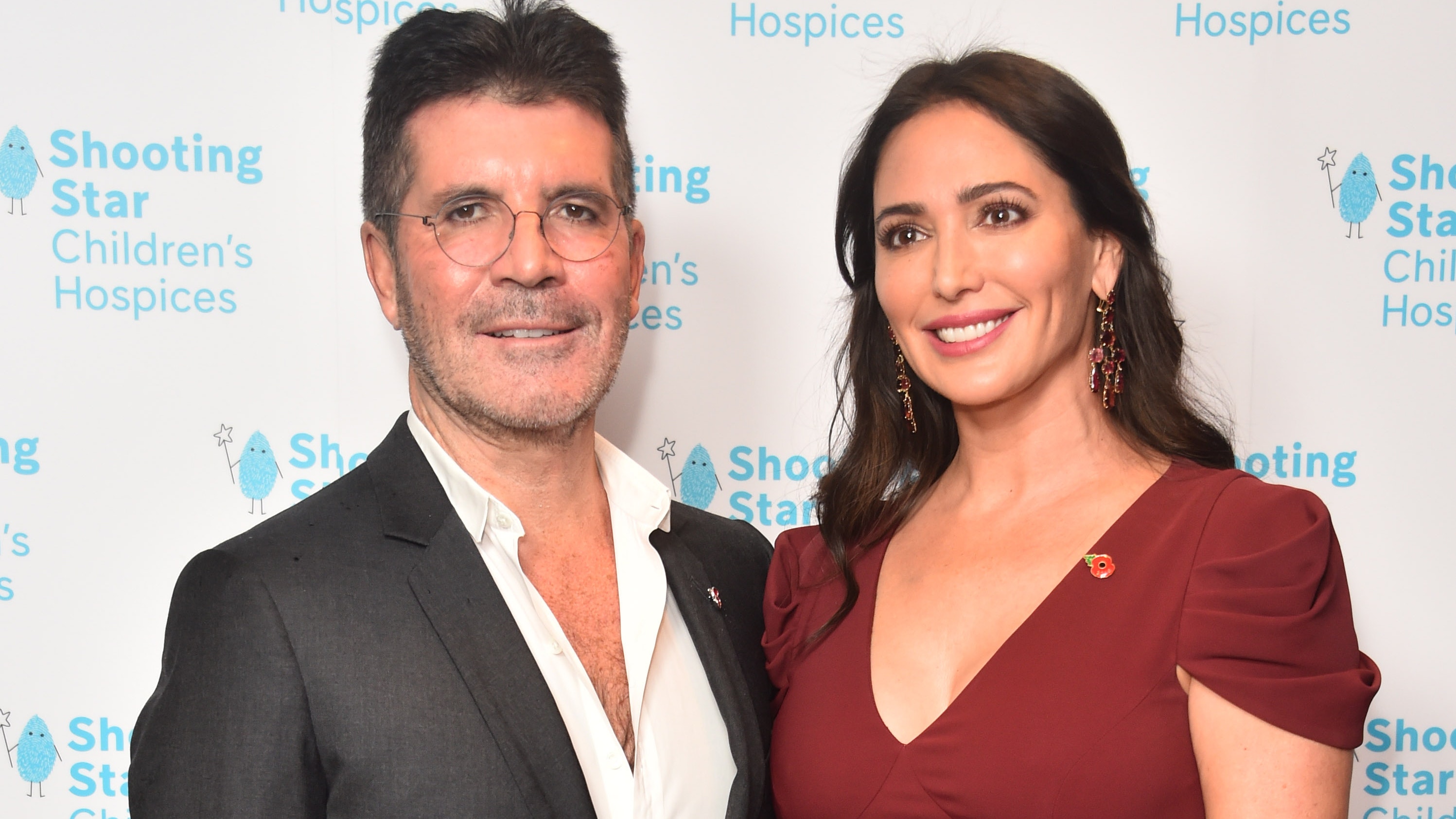 Funny enough, Lauren was introduced to Simon by her hubby Andrew. They first met in 2006 at Sandy Lane Hotel in Barbados, where Simon spent New Year. Simon and Andrew were longtime friends, so, even after their introduction, Lauren continued to meet with Simon while with her hubby. Within no time, Simon and Lauren became friends. In January 2012, Lauren and Andrew took a photo in Cowell's yacht.

According to trusted sources, Lauren claimed that her husband knew of her friendship with Simon as he was also having a good time with various girlfriends. Not once, but many instances did Lauren visit Simon in his UK home. The report by TMZ stated that Lauren's relationship with Simon was mutual, and her husband had no problem.

Andrew knew of their frequent talks on the telephone and was okay with that. Lauren posted several photos of her in a bikini in Cowell's yacht in 2012. According to Lauren's friend Shiman, Andrews' frequent business travels abroad steered his wife's closeness to Simon.

Shiman stated that Andrew was the leading cause of his failed marriage with her friend. She added that 'Lauren didn't plan any of this. It's not some trick. I know one thing for sure, they are in love with each other. I hope they will get married and be happy forever.' She also noted that her friend was happy to carry Simon Cowell's baby, although the situation seemed difficult.

With all the girlfriend's Simon had, Lauren was the only one who seemed to have tamed him. She was unique to him, and he loved her regardless of her marital status. According to Shiman, Lauren expected nothing from Simon, only love and affection.

Does Lauren Have Children? 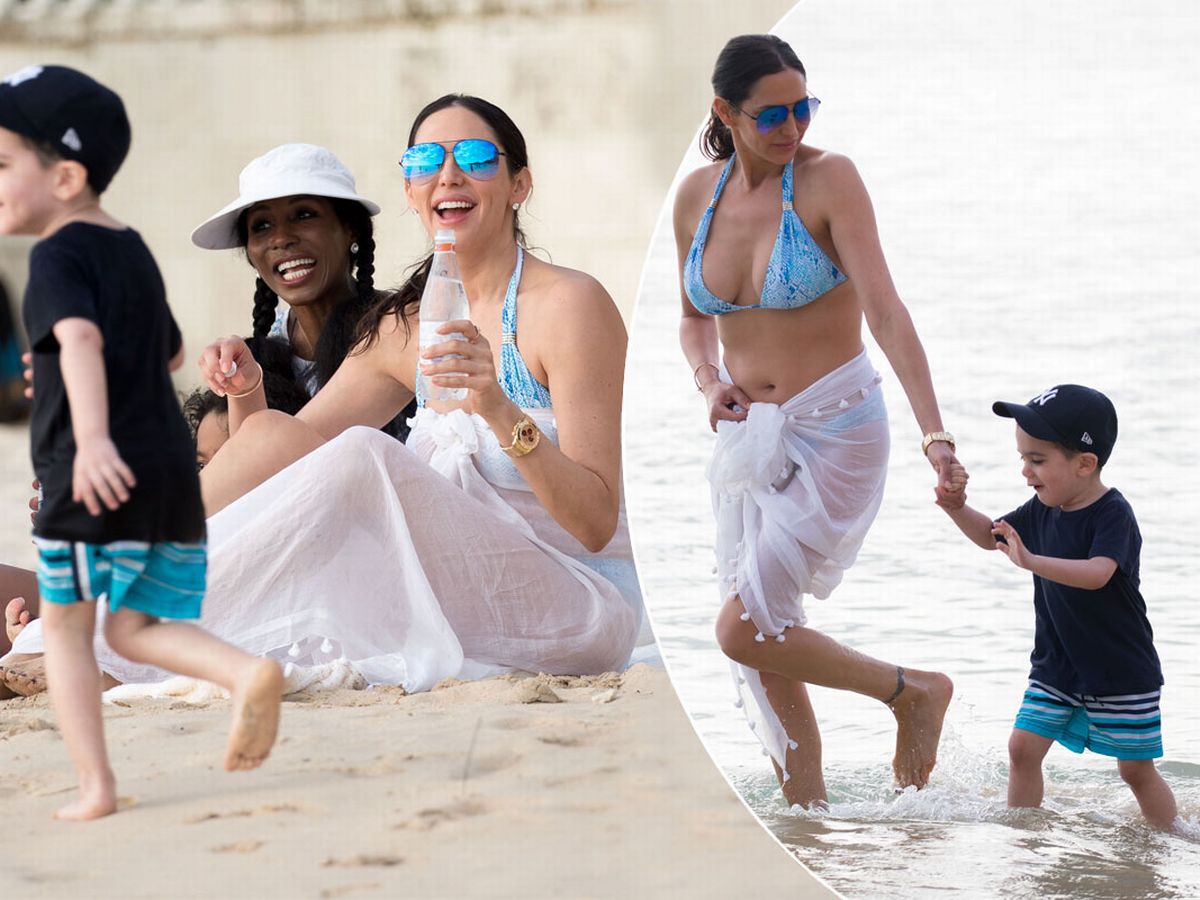 Adam, Lauren's first son with Andrew Silverman, was born in 2006. After the parents' divorce, Adam was left with the dad to continue his studies in a private school. However, both Lauren and Andrew Silverman has joint custody of their son, and she visits him often.

The boy also visits his stepdad and stepbrother, as seen on many occasions. Adam and Simon have an excellent relationship.

Lauren's second son was born on February 14, 2014, in New York. He is the first son of Simon Cowell, the boyfriend of his mother. The news of Lauren’s pregnancy came as a shock to many, as Lauren was still married. However, Simon took the responsibility as a father.

As the only child to Simon, Eric is the sole heir of Britain got talent judge and entrepreneur. In an interview in 2019, Cowell didn't have anything to do with children. He claimed that he couldn't withstand kids drawing his wall and all kid's stuff. However, the narrative changed later when he became a loving and caring father to Eric.

When Did They Have Their Child, Eric? 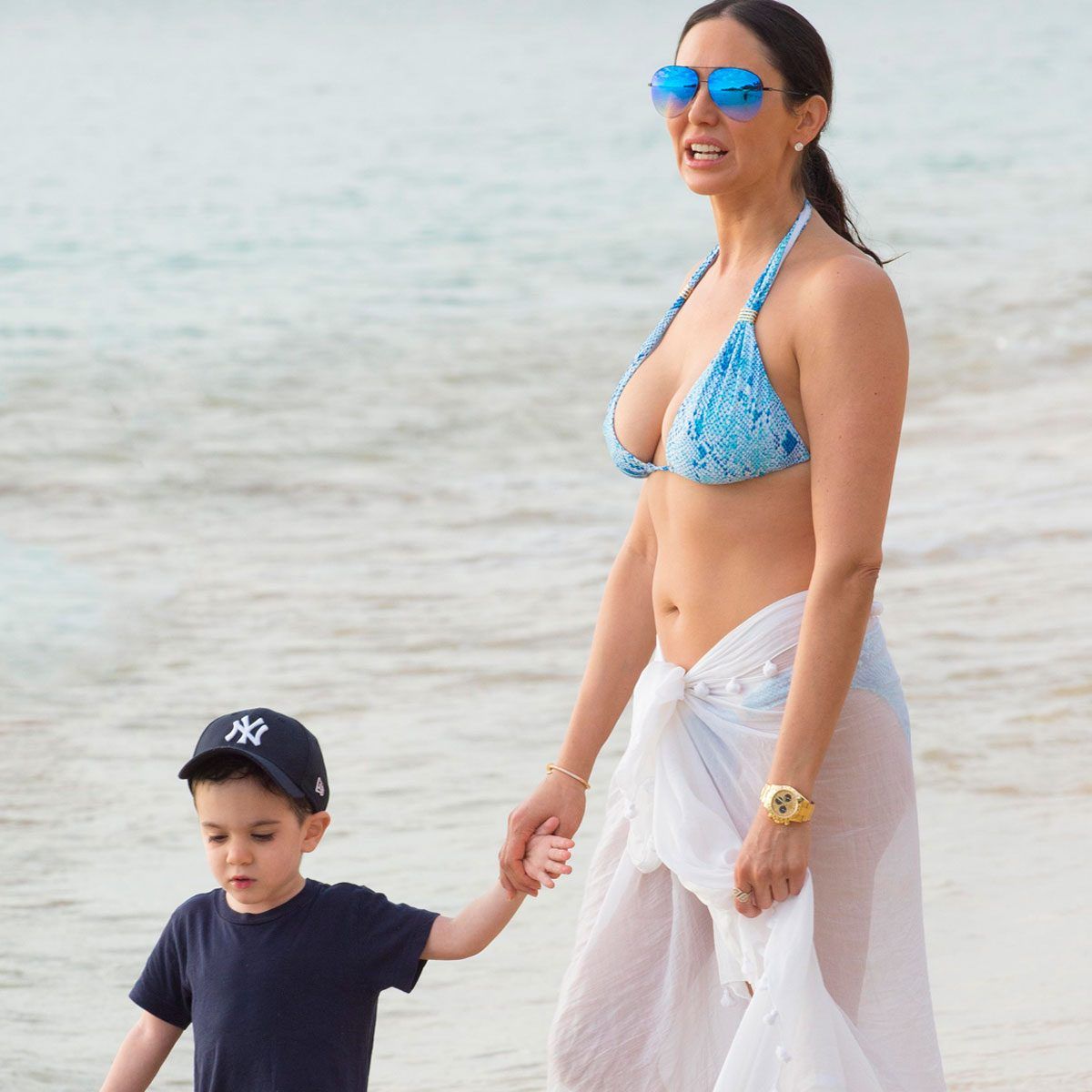 Eric was born on Valentine's Day 2014. The baby was conceived when Lauren Silverman was still married to Andrew. However, Simon even denied his affair with Lauren all along. Few months before Lauren conceived Eric, Simon instructed his US Attorney, Marty Singer, to summon an America celebrity blogger refuting the affair.

However, some of the Simon exes didn't take the news politely, although some congratulated him. For instance, Mezhgan Hussainy said she was excited at the story of Simon's child. On the contrary, Sinitta cried on learning that Simon would be a dad. She wanted to be his child's mother. Terri Seymour was shocked by the news though she gave the kid her blessings.

Even Simon's mother, Julie, was happy for his son's kid. Lauren's stepmother, Rosy Davis, was also satisfied with the news.

Marty Singer wrote: 'Any implication or statement that my client is engaged in adultery and has allegedly broken up the marriage of Mr. Silverman is not only false but reckless. My client's relationship with Lauren Silverman has become more serious such that she is now getting a divorce so that she and Simon can be together, is false and defamatory.'

However, even after that denial, Lauren's pregnancy news was all over social media. What a shame! Lauren had a high spirit whatsoever. On her first public appearance after pregnancy news, she kept calm and smiley.

Later on, Lauren issued an official statement about divorce rumors with her husband, Andrew. She stated that she was committed to solving their matters with her husband for their son's sake. She wanted some space and discretion during the whole process.

In an interview, Cowell stated he could not decide on the chances of having other kids. He added, "Would I like more babies? I don't make that decision. As you know, these things happen."

Are Simon And Lauren Married? 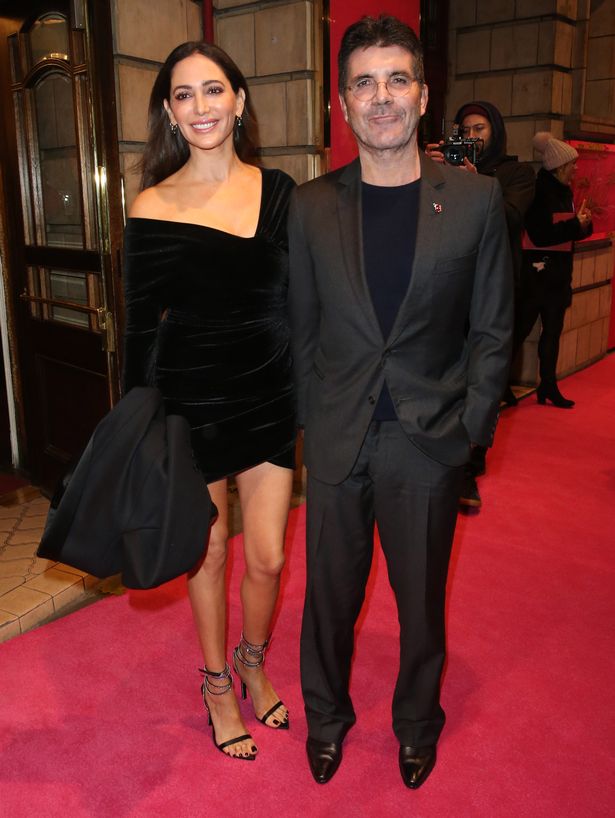 Lauren is Simon's girlfriend up to date. After her pregnancy with Cowell got revealed, her husband filed a divorce. Simon's name was in the divorce papers, which Andrew filled on the grounds of adultery. He also termed it a cruel and heartless treatment from Lauren.

Simon's close friends have disclosed that he has no intention of marrying Lauren yet. However, Simon has taken all the responsibility of raising his son, where they still live together. Some people term Simon as a womanizer who gets every woman he wants and Lauren was no exception.

Even though Simon is not married, it seems he found a partner in Lauren as he has been with her since 2012. Simon has been faithful all through. But why is Cowell not married yet? In a past interview, Simon had ruled that relationships are boring. He added, 'Being on my own is the best thing in the world. It's like breathing in oxygen - I can switch off then.' 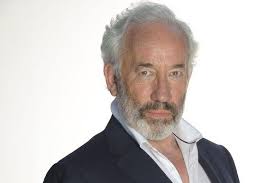 Simon Callow is an actor, musician and writer. Here are the top things to know about Simon Callow, including his most recent masterpiece A Christmas Carol. 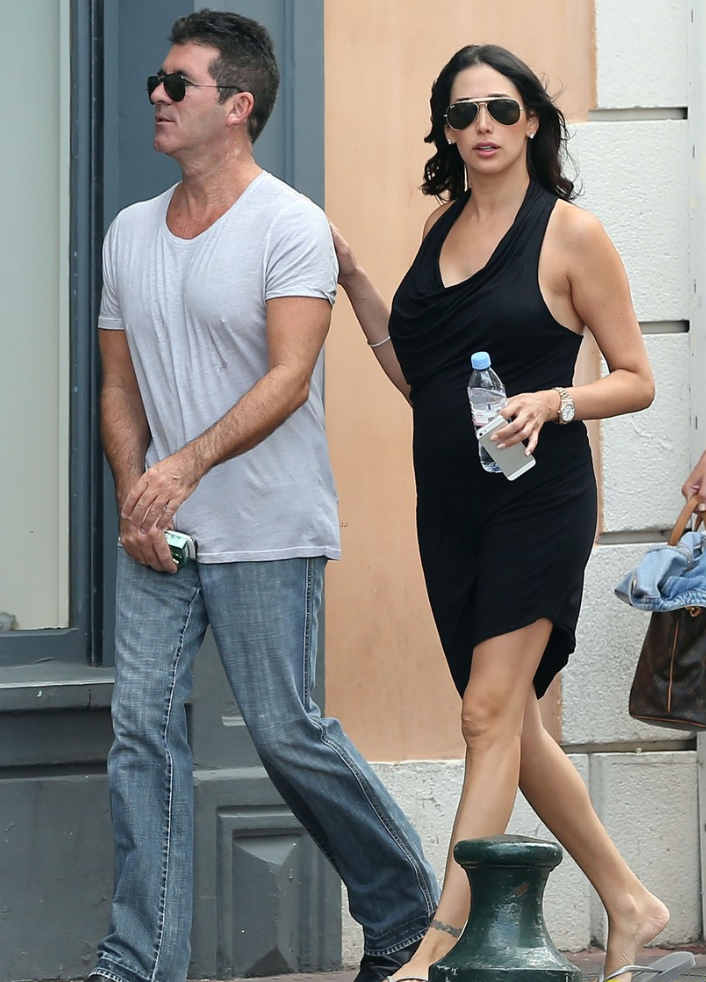 From being a socialite to stepping and dining with prominent people, Lauren's life is full of determination and hard work.  Some have called her a gold digger and insensitive person, but that did not prevent her from achieving her life goal. As much as people blamed her for cheating on her husband, she also endured her hubby's lack of concern and frequented journeys.

So, she found comfort in Simon's arms.  Nonetheless, Lauren is a loving and great mom to her kids. She even tried to have custody of her first son, which was granted jointly with her ex-husband. All the same, all Simon stated earlier, it wasn't his intention to hurt anyone, but things happen. Hopefully, his longtime friend will forgive him for snatching his wife. He's a self-declared ladies' man; therefore, it wasn't a big deal for him.