Who is Amelia Warner? Where is she from? 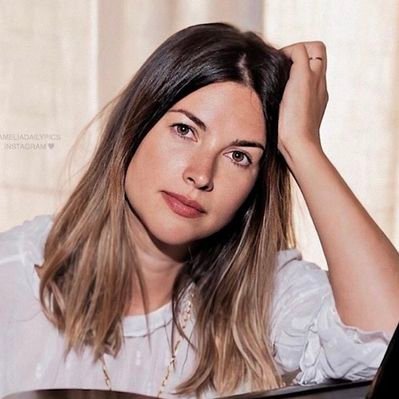 You know who Jamie Dornan is right? No other than Fifty Shades' Christian Grey. Well, that's the role that made him famous but he's also a very successful actor, model, and musician. He's also Amelia Warner's husband. Do you know who this lucky lady is? Where did she come from? And how did she steal Jamie's heart? Stick around and we'll tell you.

Amelia Warner was born Amelia Catherine Bennett, June 4, 1982, in Birkenhead, Merseyside, England. She's a talented musician and composer and, for a while, she was an actress. She is the only child of actors Annette Elblom and Alun Lewis. Her parents split up when she was little, so she went to live with her mother in London. There she attended the Masonic School for Girls and later on she went to the College of Fine Arts. Back then, Amelia was interested in acting so she decided to give it a try and she really tried to be good at it. She was still at college, so you can imagine that her student life suffered a bit because of her decision to dedicate her efforts to acting. That is why she had to move to a college in Belsize Park in order to complete her studies.

She was doing her thing when an agent finally discovered her while she and some of her friends were acting out a play in Convent Garden. All her hard work finally was rewarded because she made it into the London Royal Court Theater's Youth Program. She had her big break when she landed a role in the British medical drama series Casualty (the longest-running emergency medical drama television series in the world) in 1996. In 2000, Amelia went to start in the BBC adaptation of Lorna Doone. She had a starring role in the sexual film Quills, also starring Michael Caine, Joaquin Phoenix, and Kate Winslet. Not bad, huh?

Her acting career was on the up when Amelia decided that she didn't want to be an actress anymore. When asked about it in an interview she said that for her, "it wasn't fulfilling". She had no control or responsibility for what roles she was cast, and that when the film was released, the end result was nothing like what she thought the film was going to be. Also, Amelia didn't want the life of a movie star, sure she wanted to make good movies but being a superstar wasn't on her plans. She decided to pursue her other passion, music. 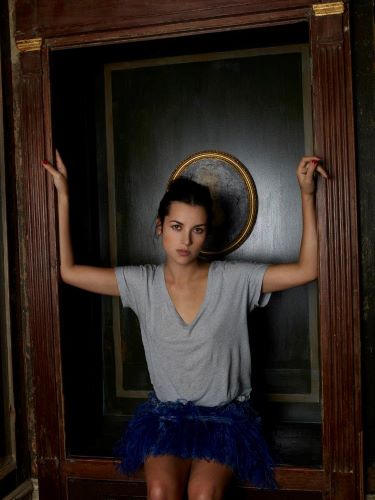 Where was the name "Slow Moving Millie" from and when did she use it?

When she decided to pursue her music career and become a singer, Amelia did it under the stage name Slow Moving Millie. This was a nickname given to Amelia by her friends because they thought that she was taking her time pursuing her music career and wasn't doing it with the amount of energy necessary. So the nickname stuck and she became Slow Moving Millie in the music world.

As Slow Moving Millie she composed music for various films. The first song she composed was Beasts and it was featured in a Virgin Media television commercial in 2009. Her second release, Rewind City, was also featured in a commercial for Orange UK. In 2011, Amelia signed a record deal with Island Records where she released the album Renditions, which contained versions of 80s songs redone by Amelia in a piano ballad style. One of the versions was Smith's song, "Please, Please, Let Me Get What I Want". This single was chosen in 2011 as the Christmas advertisement theme by John Lewis.

How did she and Jamie Dornan meet? 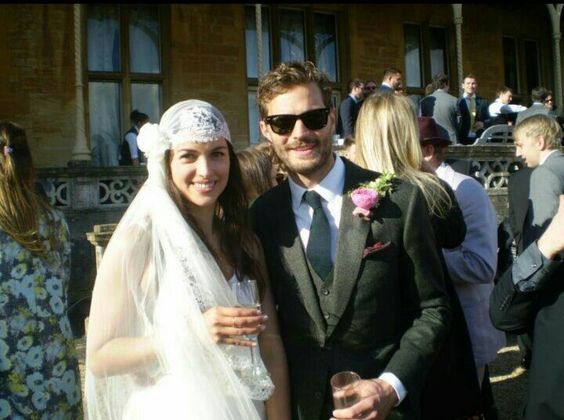 Amelia Warner is one lucky lady because her husband, Jamie Dornan only has eyes for her, even though (thanks to his portrayal of Christian Grey), women around the world are in love with him. How did Amelia and Jamie meet? Where did these two start their journey together? It was the year 2007 and they happened to be at the same party, that's where they first met but nothing happen back then (officially). It was until 2010 that they became a couple, and not long after that, they decided to move in together to a place in the very well-known Notting Hill.

The couple tied the knot in 2013 and Jamie has said repeatedly that he was besotted by his wife from the very beginning and that throughout the years together that hasn't changed. He's more in love with her than he was at the start of their love story. They welcomed their first daughter, Dulcie, a little bit after they got married. Two years later the family expanded with another bundle of joy named Elva. And in 2019 they said hello to yet another beautiful baby girl.

Amelia is delighted to be the mother of her three little girls, and even though The Dornan's keep their personal lives very private, sometimes we can see snippets of their lives through their social media accounts. Amelia told in an interview that after her first child was born she had to learn how to cope with raising a child and maintaining her music career. So, with her first child, she took a year off so that she could enjoy being a mother. After both Jamie and Amelia got the hang of it, they are now pros at handling their successful careers and raising their children in a happy and loving home. 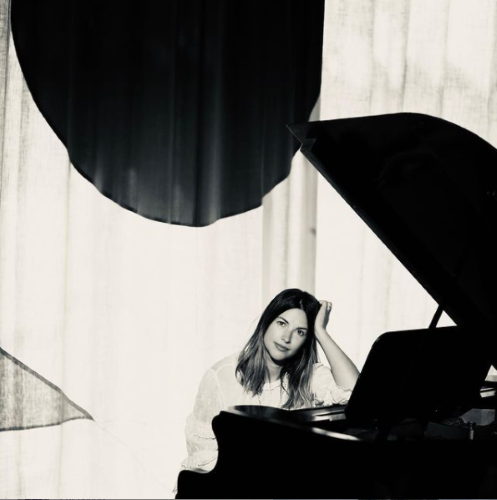 When Amelia decided to quit acting, she focused on her singer and composer career. Her decision was a good one, not all actors have success when they decide to go into the music industry, but that doesn't seem the case for Amelia Warner. She's like an exception to the rule. As Slow Moving Millie she recorded chart-topping versions of songs that made it to advertisements including "Beast" for Virgin Media, "Rewind City" for Orange UK, and a cover for Smith's song "Please, Please, Please, Let Me Get What I Want" for John Lewis. Since then, she has released solo albums and has written and composed soundtracks for various films. Her first solo album was "Renditions" back in 2011; after that, she released two classical/instrumental EPs (she's a talented pianist too): "Arms" and "Visitors". Her first score was for the British drama Mum's List in 2016. She followed it with the score for "Mary Shelley".

Recently, while her third pregnancy, she wrote the 5 instrumental tracks that are part of her most recent EP called Haven. She was ready to record it in a studio with her band, but she was really ill during this pregnancy so she decided to postpone it after the baby was born. She re-assembled her band and did it from the new country house where she and Jamie now live.

Amelia was also in charge of the score for the film "Wild Mountain Thyme", starring Emily Blunt and Jamie Dornan, which is set to hit the theaters in November 2020.

What was she nominated and awarded for? 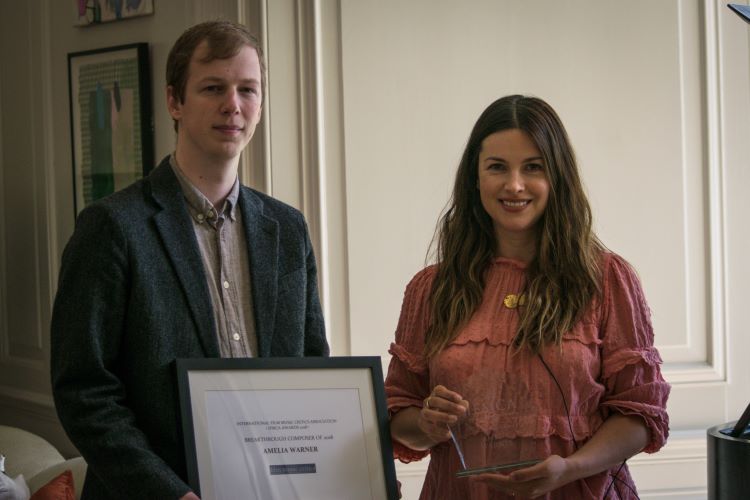 Amelia has been recognized for her contributions as a composer for film's soundtracks. In 2019, she was nominated and then awarded the International Film Music Critics Association Award for Breakthrough Composer of the Year. IFMC members Johaness Ruckstuhl and Peter Simons presented her with the award. Amelia was honored with this award for her impressively mainstream debut in scoring the literary drama Mary Shelly directed by Haifaa-Al-Mansur.

IFMC member, Peter Simons had nothing but praises for Amelia's score for Mary Shelly. He said that it was a wonderful score, that it was mesmerizing, and that it was like nothing he had heard in a long time, if ever. Other members of IFMC had similar things to say about her music.

Related Article: How Reading Erotica Novels Can Help You With Your Sexuality 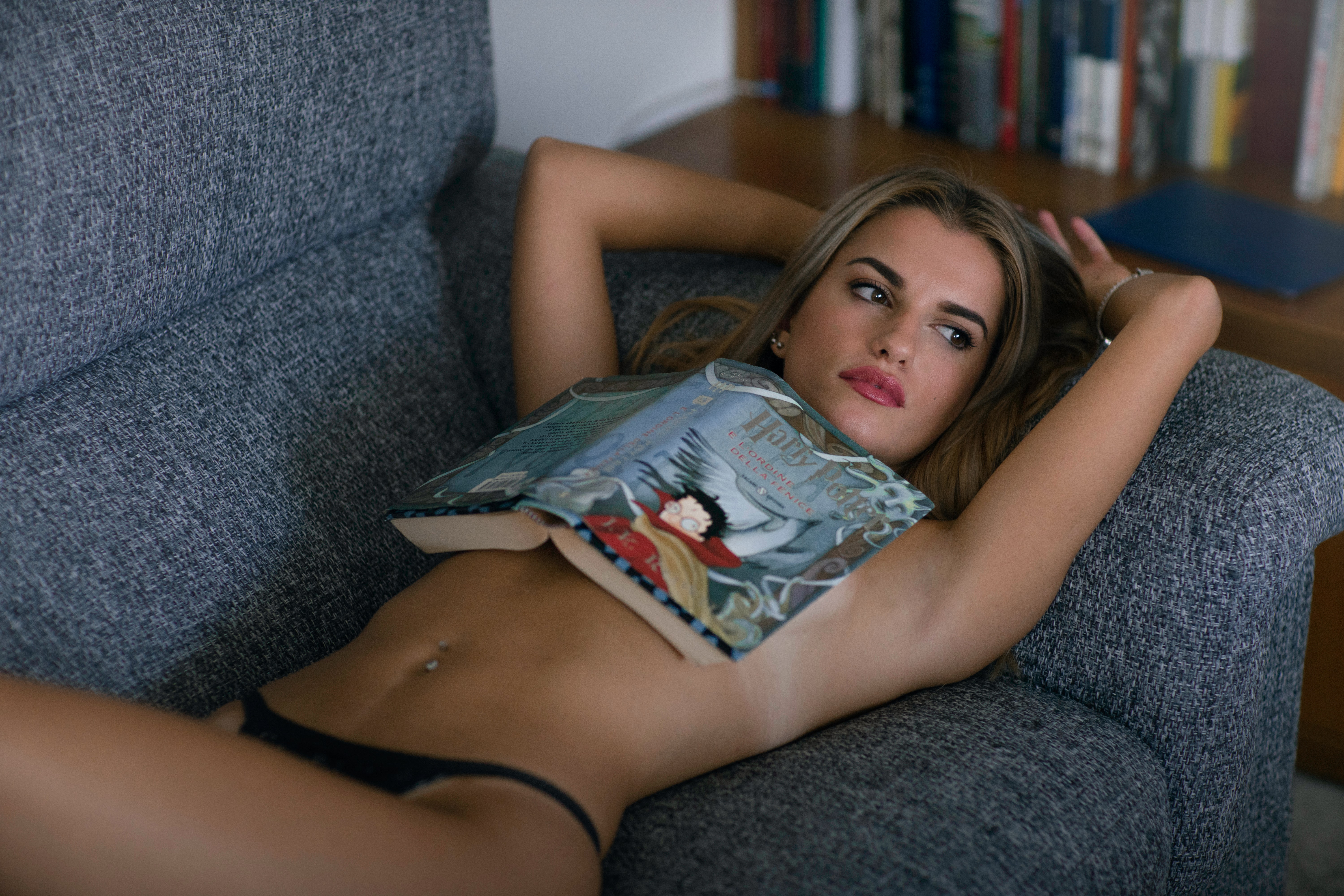 Unsure about your sexuality? Reading erotica is a self-discovery

Amelia Warner aka Slow Moving Millie has achieved what she wanted in life. She started as an actress but then reset her professional career and changed the life of a movie star for one in the music industry. She found the love of her life with no one else but Jamie Dorman, who after 7 years of marriage is more in love with her than at the start. She's the mother of three wonderful little girls and has been able to handle both family and career life beautifully.