Linda Cardellini was born in Redwood City, California in 1975. Shortly after Linda had graduated college she had to make the life-changing decision of whether she would move to NYC or LA, to pursue her love of film and television. She ultimately chose LA. Her first breakthrough role was on the series Bone Chillers in 1996, but she stole people's hearts when she starred in the live action Scooby-Doo movies as Velma in 2002. In addition to her acting and voice-acting work, Cardellini has also dabbled in some other additional projects on the side, such as guest-starring in music videos and doing voice-over work for video games. The music videos she's made a cameo in include 'Land of a Million Drums' by Outkast and 'Sing Along' by Virginia Coalition.

You may not have even realized that Cardellini played a supporting role in a fan-favorite movie, 'Legally Blonde!' Premiering in 2001, the young actress played the role of Chutney. 'Legally Blonde' stars a stereotypical blonde sorority girl who gets dumped by her boyfriend who claims he wants someone more 'serious' as he goes off to law school. She then ventures off to the same law school in order to win him back, but soon realizes her self worth, discovers her true self, and ends up succeeding beyond her wildest dreams. 'Legally Blonde' was eventually developed into a Broadway musical. The role of Chutney was an absolute breakthrough role for Linda as it was one of her very first roles that would eventually lead to more films that she has starred in.

'ER' was a TV series that Cardellini had starred in from 2003 to 2009 as Samantha Taggart. As one can assume by the title of the TV series, 'ER' was about the lives of the doctors and nurses who worked at Chicago's County General Hospital. The series was a drama/romance and ultimately ended in 2009, cutting Cardellini's role short. This role eventually led to more TV series roles to follow, including 'Cupid' and 'The Goode Family' right after 'ER's finale.

'Bloodline' is the most recent TV series that Cardellini has starred in, as Meg Rayburn. As one of the main characters in the show, the main plot of the series entails a family of adult siblings who find out some past family secrets when one of their brothers returns home. The series was aired for a short time from 2015 to 2017, and Cardellini lasted through the entire run.

'New Girl' is another relatively recent TV series that Cardellini has starred in, beginning in 2014. She plays the role of Abby Day and the series is still ongoing today! 'New Girl,' starring Zooey Deschanel, is about a young girl who, after a bad breakup, moves into a loft with three men. As it sounds by the plot of the series, it is deemed a comedy, hence why it's probably still up and running today!

We had to throw this one in there, seeing as it's a classic Linda Cardellini film. The young actress starred as Velma in both of the 'Scooby-Doo' live action films. Similar to the original 1960's Scooby-Doo cartoon, the plots for both movies take place with the gang splitting up to search for clues, Shaggy and Scooby getting into reckless trouble, and somehow end up getting the bad guy and saving the day. She worked alongside the well-known Freddie Prinze Jr. for both films. What makes these movies stand out from the original cartoon is the character development, especially for soft-spoken background characters like Velma. Specifically in 'Scooby-Doo 2: Monsters Unleashed,' a lot of in-depth character development happens for Velma, as she is exposed to a potential love interest who could also be a potential bad guy. On top of that, she's just a socially awkward girl who doesn't know how to even talk to a guy, when Daphne helps break her out of her shell a little bit. Although it's a short-lived moment in the film, it's nice to get a glimpse into Velma's true personality and inner thoughts.

At the shocking age of 42 years old [seriously does not look like it!], Linda Cardellini holds a striking net worth of $3M. Her popular roles in the movies and television series such as 'Scooby-Doo,' 'Legally Blonde,' and 'ER' have definitely helped build her an incredible net worth that is nothing short of deserving for the talented actress.

Facts to Know About Linda Cardellini

She is currently in a relationship with Steve Rodriguez

Linda Cardellini has a current, active relationship with film director Steve Rodriguez since 2009. Together they have one daughter. So cute! 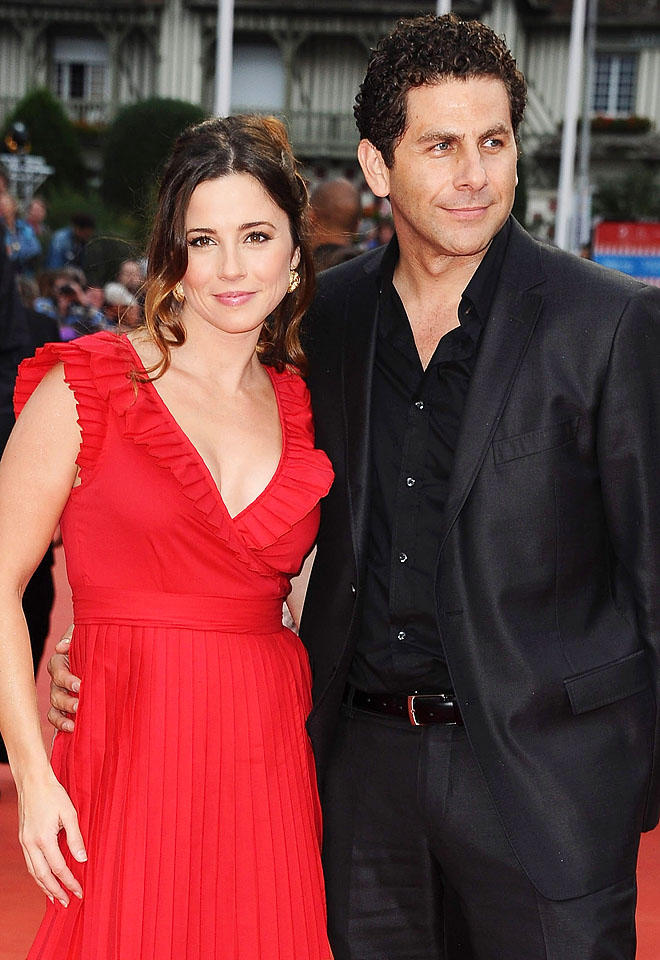 Linda Cardellini and Steve Rodriguez the day they became engaged!

Her first big-screen appearance was on the Nickelodeon show 'Good Burger' in 1997.

She's been nominated for awards for her talents.

So much fun last night at the @bloodline #season3 premiere. Thanks @davestanwell for the new hair! @annabelleharron @j_mendel 👗@steven_rodriguez_makeup 💄❤ #netflix

Overall, it's clear that Linda Cardellini has worked her way up the food chain of Hollywood to achieve the big roles in various TV shows and films. Her roles in earlier shows/films such as Legally Blonde and ER surely prepared her for taking on much bigger, more mature roles. You can expect to see a lot more from Cardellini in the near future!