Ryan Dorsey: Biography of the husband of Naya Rivera

Ryan Dorsey was born in West Virginia, just outside of the state capital of Charleston on July 19th, 1983. He is 34 years old. During high school, Ryan was an active and excellent basketball and football player. However, he suffered an injury from playing football that left him unable to play any more sports, including his favorite sport of basketball. Around the same time as this happened, a man named Ron Reedy, who is an industry professional from Hollywood, came back to his home state of West Virginia to care for his sick mother. Ron Reedy took over the theatre program at Riverside High School, where Ryan attended school. He talked Ryan into auditioning for a production of Ayn Rand's Night of January 16 and from that moment, Ryan became interested in acting. He enrolled in college at Western Carolina University for his freshman year with plans to major in theatre. He dropped out after only a semester though, and moved back home to West Virginia where he and his friends started making their own films. Ron Reedy gave Ryan Dorsey the confidence in his acting ability that he needed to pursue a career in movies and on TV. He eventually moved to New York City and was accepted into an acting conservatory at The New York Conservatory for Dramatic Arts. Ryan Dorsey is currently married to the actress from the TV Show Glee, Naya Rivera. The couple have one child together who was born in September of 2015. 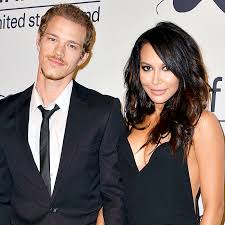 Above are Ryan Dorsey and wife Naya Rivera. Dorsey has appeared in several movies and tv series and his wife Naya is well known for her role on the TV show Glee.

Take kindly the counsel of the years, gracefully surrendering the things of youth. Nurture strength of spirit to shield you in sudden misfortune. But do not distress yourself with dark imaginings. Many fears are born of fatigue and loneliness. Beyond a wholesome discipline, be gentle with yourself. - #Desiderata - #tbt 📷: @mansourmozafari

The photo above was taken from Ryan Dorsey's Instagram. Ryan looks very handsome with his long wavy hair and perfectly cut jawline. We love his shaved face as well!

Here are some fun and interesting facts that you should know about actor Ryan Dorsey. Ryan Dorsey has a large Instagram following with 47,000 followers. The net worth of Ryan Dorsey alone is estimated to be about two million. His wife, Naya Rivera, is estimated to have a net worth of about five million, together bringing them up to a net worth as a couple of about seven million. Ryan Dorsey wanted to be a professional basketball player before getting into acting. Ryan Dorsey's first movie debut was in the film Blood Father, a French crime thriller released in 2016. Ryan Dorsey and his wife Naya Rivera were friends for a long time before becoming romantically involved. She was actually engaged to marry another man before getting into a relationship with Ryan. Ryan's wife Naya was recently arrested for domestic abuse after he called the police on her when she assaulted him. Ryan's son is named Josey Hollis Dorsey and was born September 17, 2015. 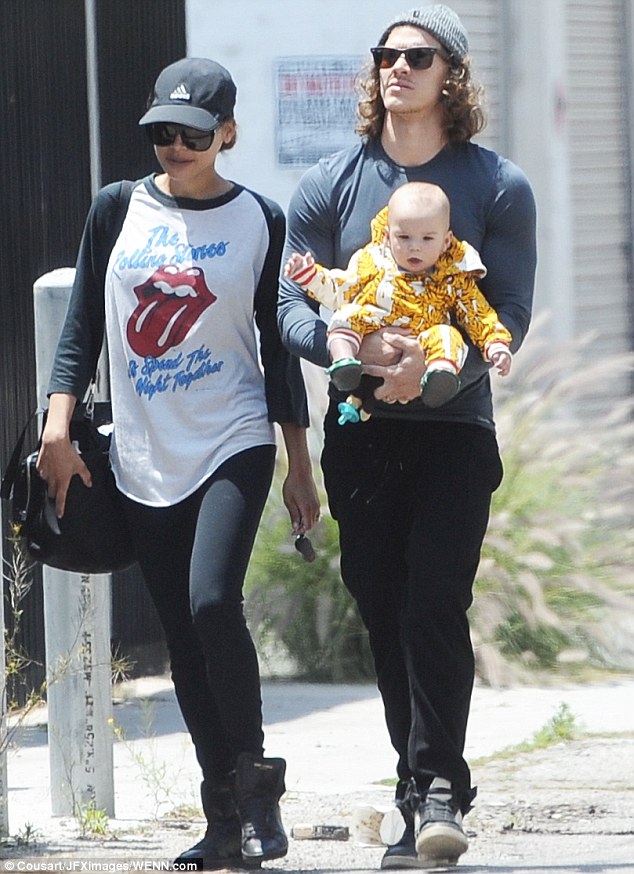 Above are Ryan Dorsey with wife Naya Rivera and son Josey. Naya is wearing a Rolling Stones t-shirt and Ryan is carring son. The family look like any other normal family walking down the street on a beautifully sunny day.

Ryan Dorsey deserves much more credit than as just the husband of Naya Rivera. Although she has had much success from the TV Show Glee, he is also a talented actor on his own right. With his good looks he could be a model as well and there is no doubt that he is an excellent daddy to his baby boy. We look forward to seeing more from the handsome young actor in the future.

Another picture above from Ryan Dorsey's Instagram, shows him and his son watering the garden. What an adorable daddy he makes to son Josey!