Jessica Chastain Is Off The Market

Jessica Chastain, two-time-Oscar-nominee, married her long-time boyfriend, Gian Luca Passi de Preposulo, on June 10th, 2017. The couple escaped to the small hidden town, Treviso, in Northern Italy, roughly 25 miles from Venice. Treviso is home to the beautiful chapel Villa Tiepolo Passi, owned by the Preposulo family, where the Chastain-Preposulo wedding was held. The couple exchanged their vows in an intimate ceremony amongst their closest friends and family. Chastain wore a custom-made Alexander McQueen strapless white gown, complete with a simple updo and long veil. The night prior, some of the couples A-list friends made their way to Venice for an extravagant reception. The guest list comprised of names like Anne Hathaway, Jess Weixler, Emily Blunt, and Edgar Ramirez (Chastain's co-star in "Zero Dark Thirty"). 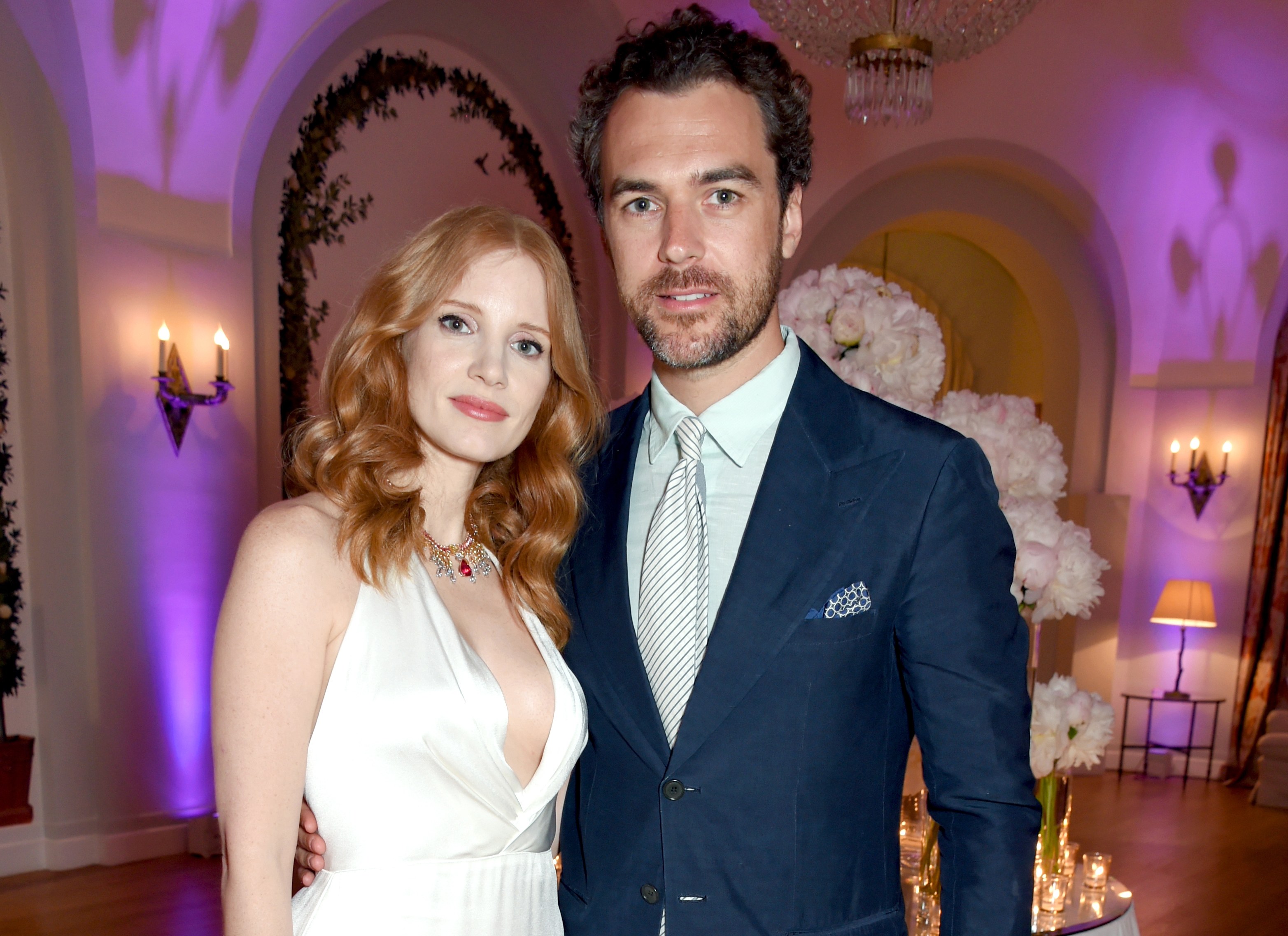 Chastain and Preposulo began dating in 2012 when Preposulo was still working in the Public Relations division of Armani. Their relationship was long distance for about a year before Gian decided Italy and Manhattan were too far apart. So he packed his bags for the Big Apple to be closer to Chastain and has maintained his residence there since. Chastain would often avoid talking about romance and relationships in interviews, but that didn't stop her from showing Preposulo some love on social media occasionally.

💖Some things are worth the wait💖 @preposulo #happyvalentinesday

Preposulo proposed to Chastain on Valentine's Day 2017, just months before saying "I do." Since Chastain loves staying out of the limelight, photos of her engagement ring are few and far between. In the image below, catch a glance of Chastain's engagement ring and wedding band as she made her way through town one afternoon. 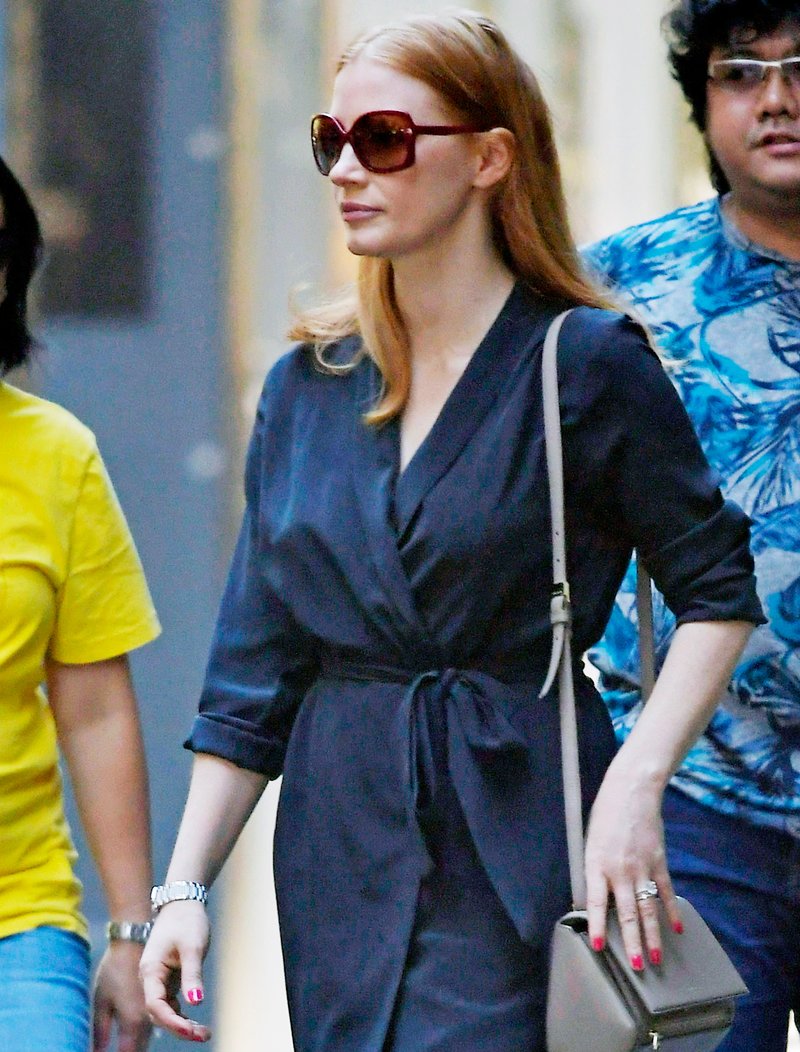 You Can Call Him Count Passi de Preposulo

Not only does his family make their own Prosecco, but he also co-founded a brand of premium Prosecco, FIOL. Preposulo created FIOL with the idea of changing the culture surrounding Prosecco and other sparkingly wines. He no longer wants the drink to be associated with special occasions, but a drink you can enjoy with a meal, any day of the week.

Chastain's Husband Is A Fashion Guru

More often than not, women trump their husbands when it comes to style and fashion, but in the Chastain-Preposulo household, Gian may have the upper hand. After completing his education at IULM University in Italy, Gian Luca Passi de Preposulo got his start at Armani. He has often referred to Roberto Armani as a mentor during his time at the company and gained a pretty sweet spot as the Director of Public Relations before leaving the company. Preposulo now works for the French fashion brand, Moncler, where he is an executive.

The season is officially open @moncler

Besides being Italian Royalty and very fashion forward, Preposulo has some friends in high places with. He's been spotted hanging around the likes of Leonardo DiCaprio, George Clooney, and Julia Roberts, to name a few.

After their Italian dream wedding, Chastain and her new hubby set off for an adventurous honeymoon in Africa. In an Instagram post, Chastain wrote, "Sometimes being without Wi-Fi, cell service, Instagram, Twitter, and emails is exactly what you need." She also wrote, "I loved staying in Zimbabwe. I loved seeing the animals and being a visitor to their home." Chastain and Preposulo stayed at Camp Hwange inside of the largest park within Zimbabwe, the Zimbabwe Hwange National Park. The couple also made a trip to Okavango Delta, a wildlife sanctuary, in Botswana. Chastain posted the image below on Instagram stating,"Botswana’s Okavango Delta is one of the most incredible wildlife sanctuaries in Africa. It hosts the largest remaining population of elephants in the world. And look- I found a new friend for Chaplin."

Botswana’s Okavango Delta is one of the most incredible wildlife sanctuaries in Africa. It hosts the largest remaining population of elephants in the world. And look- I found a new friend for Chaplin. 🐘 #abucamp #premiertoursAF

It's hard not to image Chastain and Preposulo sitting in their Count and Countess thrones in a beautiful villa, sipping on Prosecco di Villa Tiepolo Passi. But we all know that probably isn't how they live their daily life. Either way, it's nice to learn that modern fairy tales are real. So don't give up hope ladies! Your Price Charming, or Count Charming, could still be out there.