Most people know Robert De Niro but have perhaps forgotten about his ex-wife, Diahnne Abbott. Diahnne Abbott is an American actress turned singer. Abbott was born in 1945 and she is currently 72 years old. Abbott played supporting roles in the ‘70s and ‘80s. Abbott appeared on films like “Taxi Driver,” "Before Night Falls," and “King Of Comedy.” Abbott was married to Robert De Niro and had a son called Raphael De Niro. Raphael was named after a popular hotel in Rome where she was conceived. De Niro also offered to adopt Abbott’s daughter Drena De Niro, who Abbott had given birth to while in her previous marriage. Abbott’s daughter appeared in her father’s films “Wag The Dog,” “Showtime,” “City by the Sea,” and “The Intern.” Abbott also starred in other films like “Jo Jo Dancer,” and “Your Life Is Calling.” 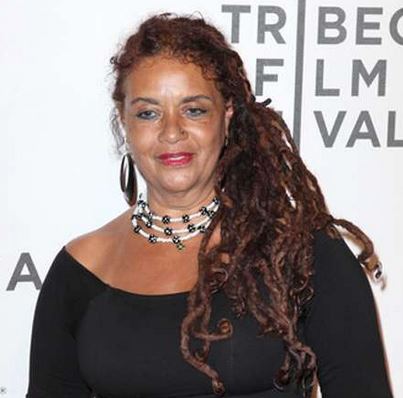 Abbott and De Niro divorced in 1988 after 11 years of marriage. Now Abbott runs a cameo in New York where she sings “Honeysuckle Rose,” a classic torch song by Fats Waller. Gregory Abbott is Diahnne Abbott’s cousin. What triggered their divorce you wonder? In the 1980’s Robert De Niro was a successful actor and had a considerable net worth. De Niro and his ex-wife Abbott used to live lavishly and partied a lot. But De Niro was fighting demons at the time and he used to use cocaine and had multiple women. As a result, Abbott filed a divorce after she discovered that her husband was cheating on her. Abbott also learned that Niro was partying with Martin Scorsese and John Belushi, and realized their marriage wouldn’t work. Despite their bitter break up, Abbott’s children still hang out with their father and have been spotted together in many events. There are speculations that after Abbott divorced De Niro, she moved to her parents home in New York and she is currently living in her own apartment in New York. Abbott also meets her children once in a while but has no contact with her ex-husband.

Robert De Niro and His Ex Wife in Taxi Driver

Robert De Niro and his ex-wife Abbott appeared in the film “Taxi Driver,” Niro playing the main star while Abbott played a supporting role. The film was directed by Martin Scorsese and was set in New York after the Vietnam war. De Niro played the role of Travis Bickle, a taxi driver who likes to drive people around New York City to cope with his chronic insomnia and spends time in porn theaters. Other taxi drivers think that Travis is a gun dealer. De Niro’s ex-wife Abbott plays the role of a concession girl in the film. The film received a couple of awards and also got nominated for the Golden Globe Awards.

Together Again In King Of Comedy

De Niro’s ex-wife Abbott also appears with him in the film “King Of Comedy.” The movie is also directed by Martin Scorsese and De Niro plays the main role of Rupert Pupkin. Pupkin is an aspiring stand-up comedian who is mentally-deranged and trying to start his career but his efforts are fruitless. He meets Jerry, a successful comedian and talk show host and thinks that it is his big break, but Jerry’s stuff and Jerry himself keep turning him off. Abbott plays the role of Rita. The movie received a lot of positive critic reviews. Abbott also played a supporting role in "Before Night Falls."

After Diahnne Abbott became the ex wife of De Niro, the actor moved on with his life and dated other women. De Niro has twin sons delivered by a surrogate mother on behalf of Toukie Smith, his girlfriend. He married actress Grace Hightower, but they split in 1999. They never finalized their divorce, and they renewed their vows in in 2004. De Niro has six kids and grandchildren from his children with Abbott. The legendary actor was diagnosed with prostate cancer in 2003 and underwent surgery. Robert has bagged a Golden Globe Award and been nominated a couple of times.

Robert De Niro’s latest film is “The Wizard of Lies” which was directed by Barry Levinson. It’s based on the non-fiction book “The Wizard of Lies” by Diana B. Henriques. De Niro plays the main role of Bernard Madoff, a businessman. The film aired in May 2017 on HBO. Madoff's Ponzi scheme robs $65 billion from unsuspecting people and it’s the largest fraud ever on US soil. What follows is the fall of Bernie Madoff. The film received quite some positive reviews and was watched by over 1.5 million, the highest views HBO has ever had. “The Wizard of Lies” also received a few nominations including a Golden Globe Award for Best Actress.

De Niro’s ex-wife Abbott hasn't been in the spotlight as much, but she is making money also. Abbott’s net worth is estimated to be $15 million. De Niro has a net worth of $200 million. You can see a few photos of Abbott before she became De Niro’s ex wife. Her latest photos are rare as the singer has stayed away from the spotlight.

Sometimes life might surprise us and we regret the decisions we made in the past. If you marry the wrong person and discover you messed up, you always have the opportunity to change the situation. That’s what Abbott did. She seems to be happy alone and meeting her kids perhaps make her happier.