The Love of a Wife: Samantha Winslow 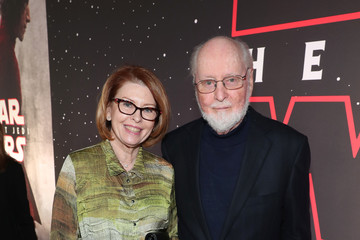 Samantha Winslow and John Williams at the Star Wars: The Last Jedi premiere.

Many viewers head to the theater to watch a movie for the action and CGI effects. However, for most music connoisseurs, it's the soundtrack that creates the most memorable effect in most movies. John Williams has brought Star Wars to life once again with his famous soundtracks and the Grammy award winner deserves all the praise for his work. Star Wars is one of those films that would not be as popular without its soundtrack, and fans have John Williams to thank for this epic experience. John Williams is known for his works as an American composer, conductor, and pianist. He is most famously known for his talents being broadcast in some of Hollywood's most popular movies such as Jaws, the Star Wars series, Close Encounters of the Third Kind, Superman: The Movie, E.T., Indiana Jones, and the Jurassic Park films, just to name a few. John Williams' career began in 1952 and has yet to hit a wall. John Williams' most recent work was on the 2015 Star Wars movie, Star Wars: The Force Awakens.

A Case of Mistaken Identity