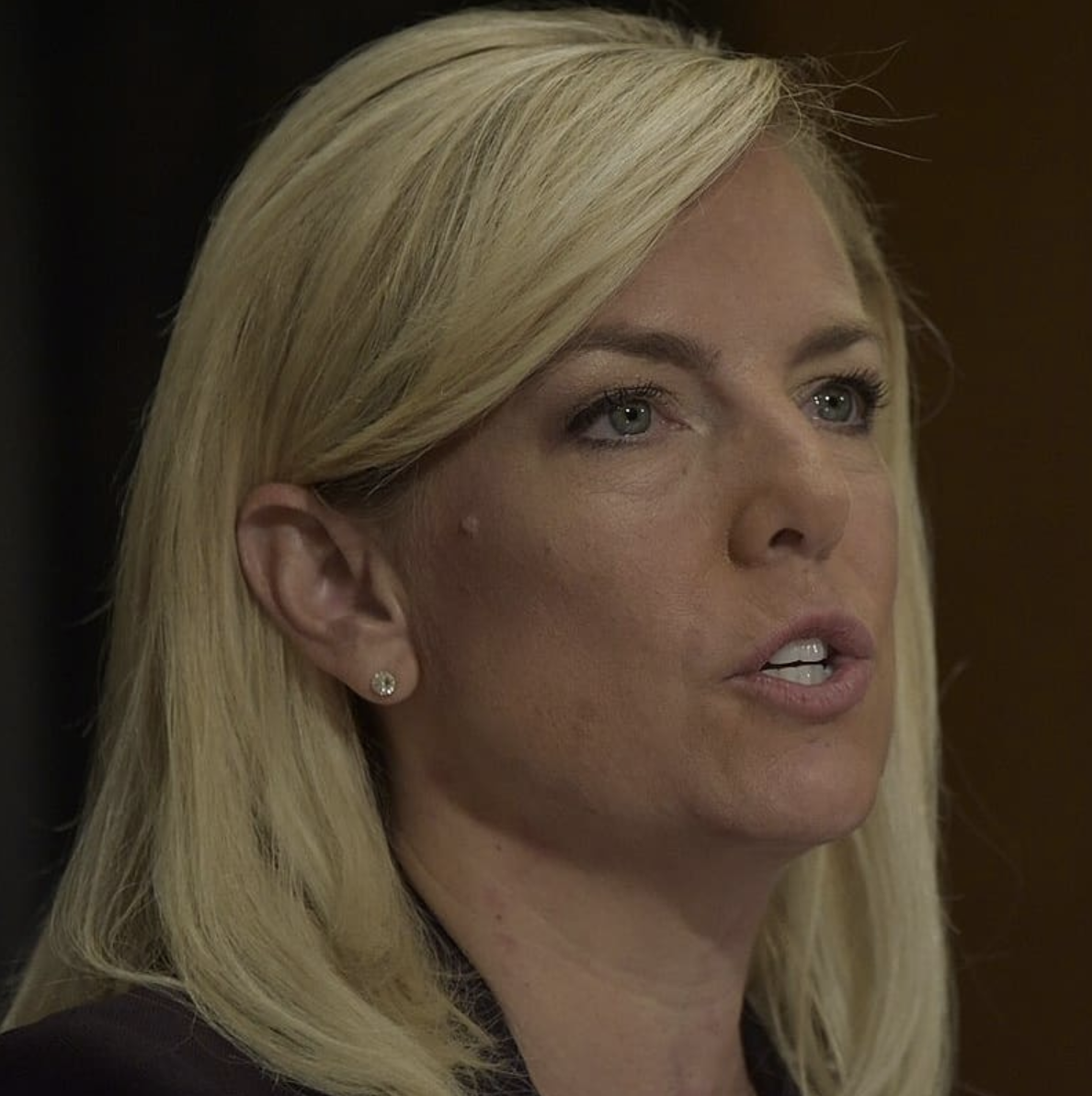 Kirstjen Nielsen is making headlines in the US and the rest of the world after Nielsen was nominated by Donald Trump to take over from John Kelly as the United States Secretary of Homeland Security. Miss. Nielsen served before as the chief of staff under the outgoing Kelly. Kelly and Nielsen were working together in the first six months of Trumps Administration to ensure order in the Oval Office.

Some people believe that Nielsen’s previous experience at the White House is a bonus; critics think that she didn’t deserve the docket due to her past failures. Nielsen is a 45-year-old attorney, who was born and raised in Clearwater, Florida. The attorney holds a Bachelor of Science degree which she earned from Georgetown School of Foreign Services before she joined the University of Virginia School of Law and received a Juris Doctor in 1999. Nielsen landed her first role in the government during George W. Bush administration as a special assistant. Attorney Nielsen is experienced with the home security docket. Nielsen has served in the government for over a decade and probably made a decent net worth.

Facts about the attorney Nielsen 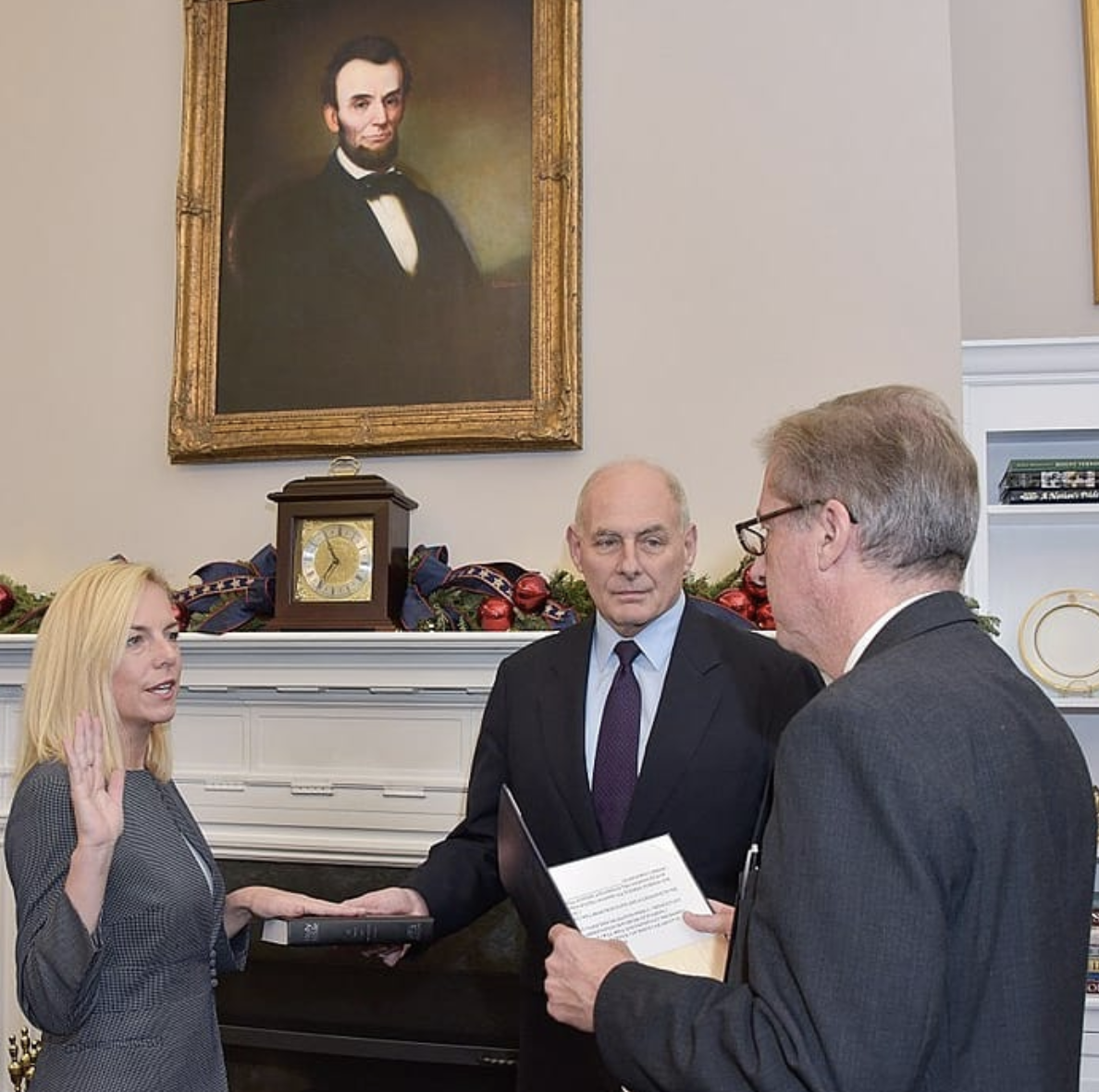 After Trump was inaugurated, he didn’t do like his predecessors who used to appoint cabinet members in their first months in office. He instead hired temporary appointees to serve in the cabinet before permanent appointments were made. The appointees served as Trump’s eyes and ears and operated in shadows. One of those appointees was Kirstjen Nielsen. Nielsen held the position of chief of staff under Kelly who was the United States Secretary of Homeland Security. The attorney’s position, held by Nielsen was made permanent in April 2017 since it didn’t require the Senate’s confirmation.

The attorney, Nielsen was tagged along by John Kelly

.@POTUS recognized that the situation at our southern border is a true emergency—now we’re engaged in a full-fledged emergency response. @POTUS and I call on Congress to do the same: treat this like the crisis it is & act with urgency to fix the legal loopholes causing the chaos. pic.twitter.com/XEvJZ7fk9Z

In July 2017, Chief of Staff, Reince Priebus was ousted from the center of command, the White House. Trump announced that John Kelly would assume the position. Kelly was a former general in the U.S Marine Corps, and Trump hoped that after coming to the White House, he would prevent incessant leaks and maybe help the president clear the humiliation from his controversial comments. After taking over the position, Kelly announced that his former deputy, Kirstjen Nielsen would be his assistant as the deputy chief of staff. The New York Times newspaper published an article about Miss. Nielsen’s appointment and described her as a Kelly’s ‘enforcer’ and that Kelly’s decision to make Nielsen his deputy equated to “installing number 2 willing to be hated.” 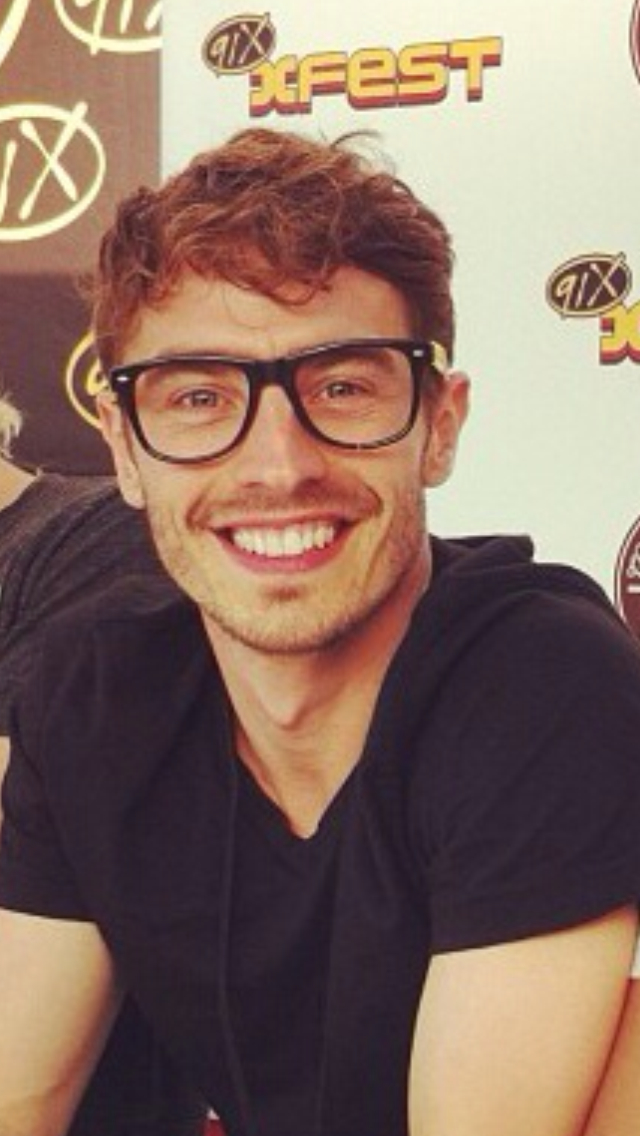 In September last year, some top White House aides who didn’t want to be revealed told a magazine that Nielsen operated with what they described as “us v. them” mentality. Nielsen was literally ruffling feathers among the White House staff and earned a nickname, “Nurse Ratched.” Gatekeepers are not loved in most cases, and since Nielsen’s role was somehow like gatekeeping it wasn’t a surprise that she was not liked. The magazine, Politico, suggests that just like Nielsen acted as the gatekeeper for Kelly was the same way Kelly acted as the gatekeeper for President Trump keeping him away from the media and critics by limiting their exposure to the president through short meetings and email replies. Nielsen was a direct result of Kelly’s idea of keeping off extremists who could paint a negative image of Donald Trump.

I’ve called on Congress to give @DHSgov the authority & resources needed to stem the flood of illegal migration fueling the emergency at our border. Families & unaccompanied children should not be collateral damage to our political dysfunction. https://t.co/CdiXPING2d

That is why—in addition to border wall & tougher immigration enforcement—@DHSgov has been working with Central American govts to stem the flood of migrants at the source, combat human smuggling, trafficking, transnational criminals & the formation of large groups & caravans. pic.twitter.com/M31Rs3AMZu

When Hurricane Katrina hit the city of New Orleans in 2005, Kirstjen Nielsen was serving as the director for preparedness in the Security Council. Following the disaster and the damages the Hurricane caused, the Congress decided to investigate what they thought were failures by Nielsen and her docket which led to unprecedented flooding. After their investigation, the Senate compiled their findings in 2006 called “Hurricane Katrina: A Nation Still Unprepared.” The Senate had discovered that Nielsen had received a warning email from FEMA officials in early 2005 stating that the hurricane would perhaps be as effective as the 2004 tsunami that caused havoc on all around the shores of Indian Ocean and killed over 250,000 people.

Nielsen was named among the officials that received many warning emails during Bush’s tenure before Hurricane Katrina’s landfall. The American’s hoped that justice would be done and wanted Nielsen to be sacked and prosecuted. The hurricane claimed almost 2,000 people.

After it was revealed that Nielsen was nominated to be the United States Secretary of Homeland, many Americans searched Nielsen’s details online to know about the lawyer’s private life. Unfortunately for them, all they could see were news about Nielsen being nominated and her working history. Most people wanted to know if Nielsen had a husband, her marriage and her net worth. Well, it’s not known whether she is in marriage or not and whether she has a husband. 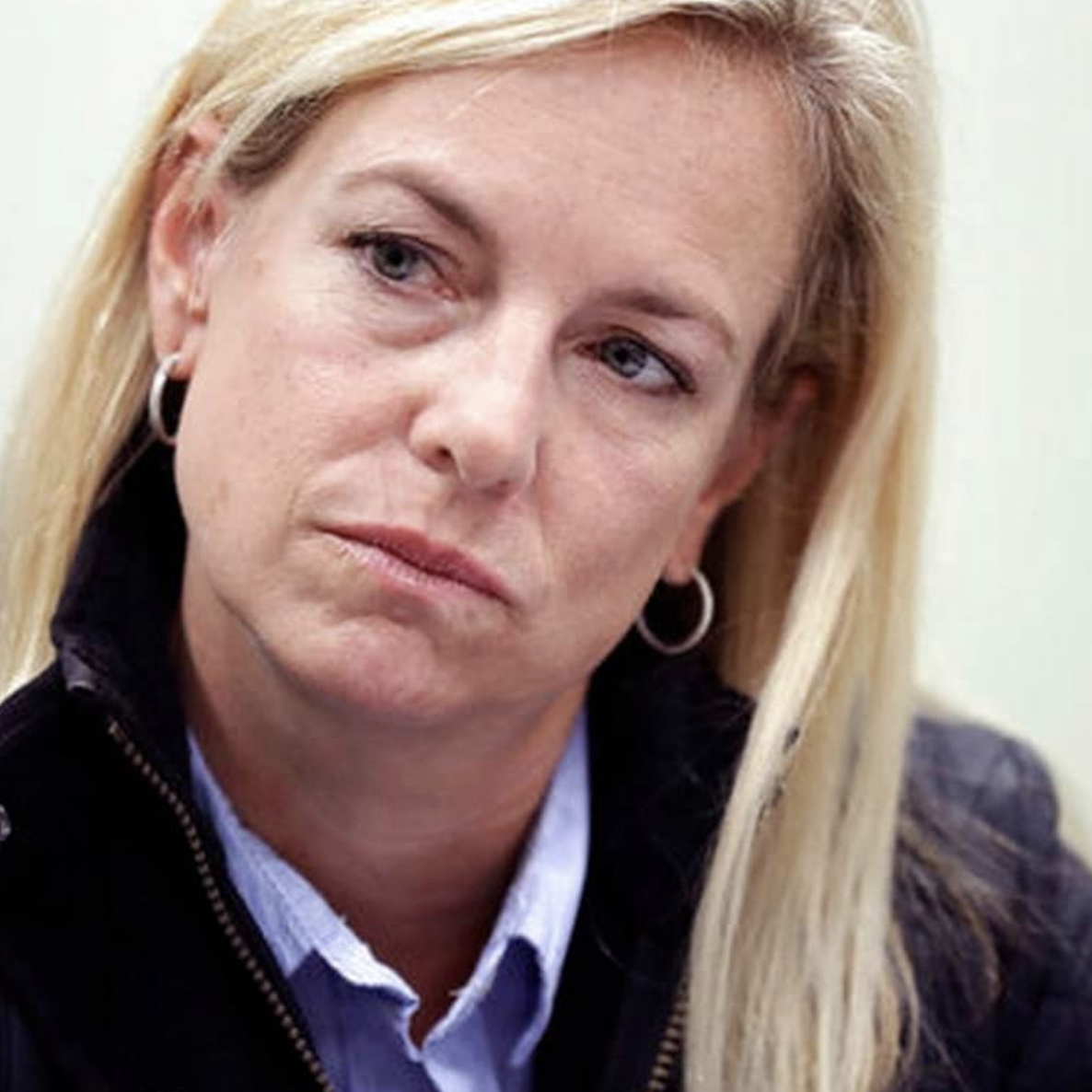 Nielsen’s net worth is not known, but most cabinet members and key figures in the white house have net worth of around $1 million or more, so one can literally assume that her net worth is around there or more.

Nielsen has been known to wear no-nonsense kind of look and very strict. It might be hard to work with her sometimes if a White House worker is not serious about his job. And it looks like Nielsen will be around for a long time. 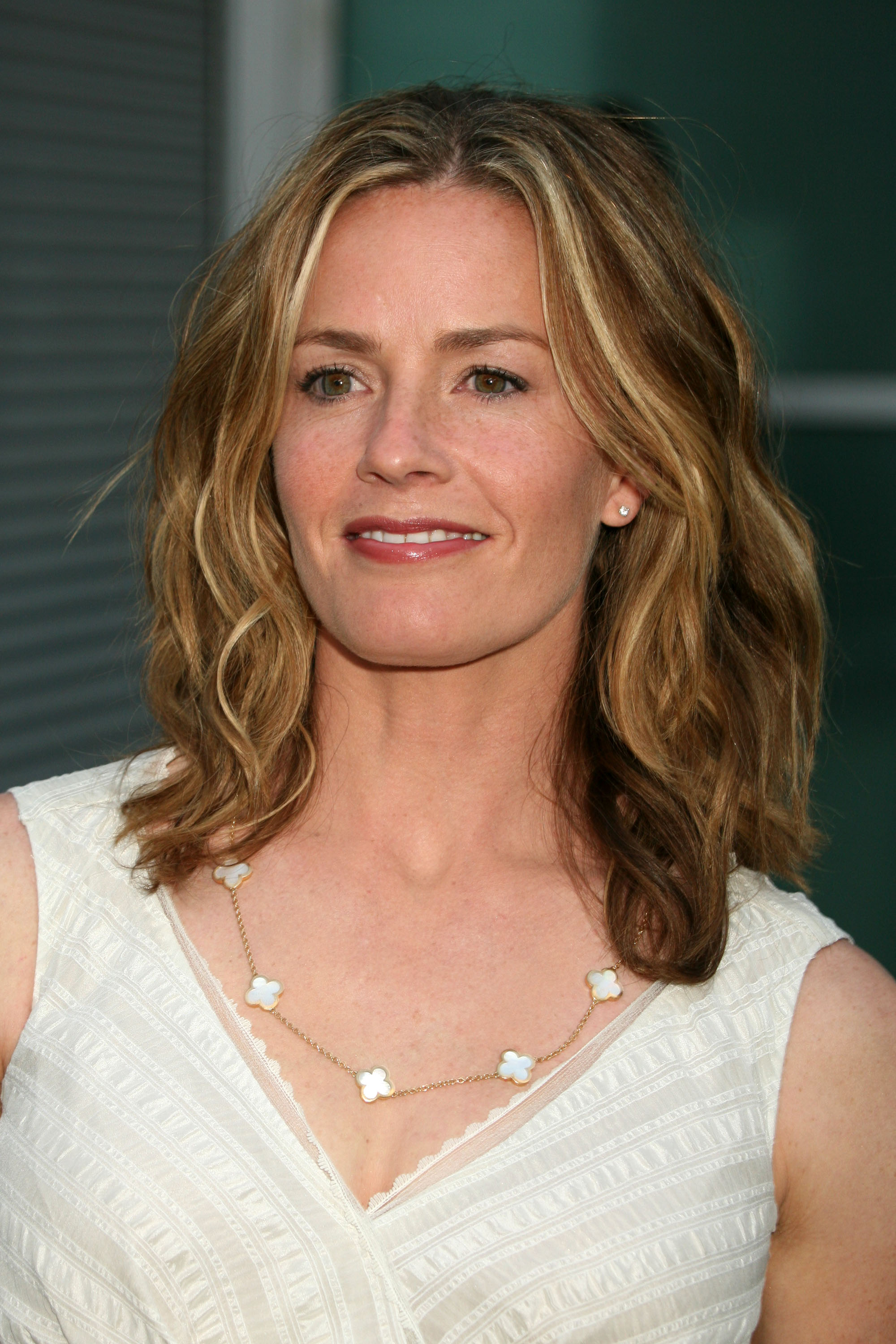 Elisabeth Shue is an icon. Elisabeth Shue was Ali Mills in The Karate Kid. She was Jennifer Parker in Back to the Future II and III.