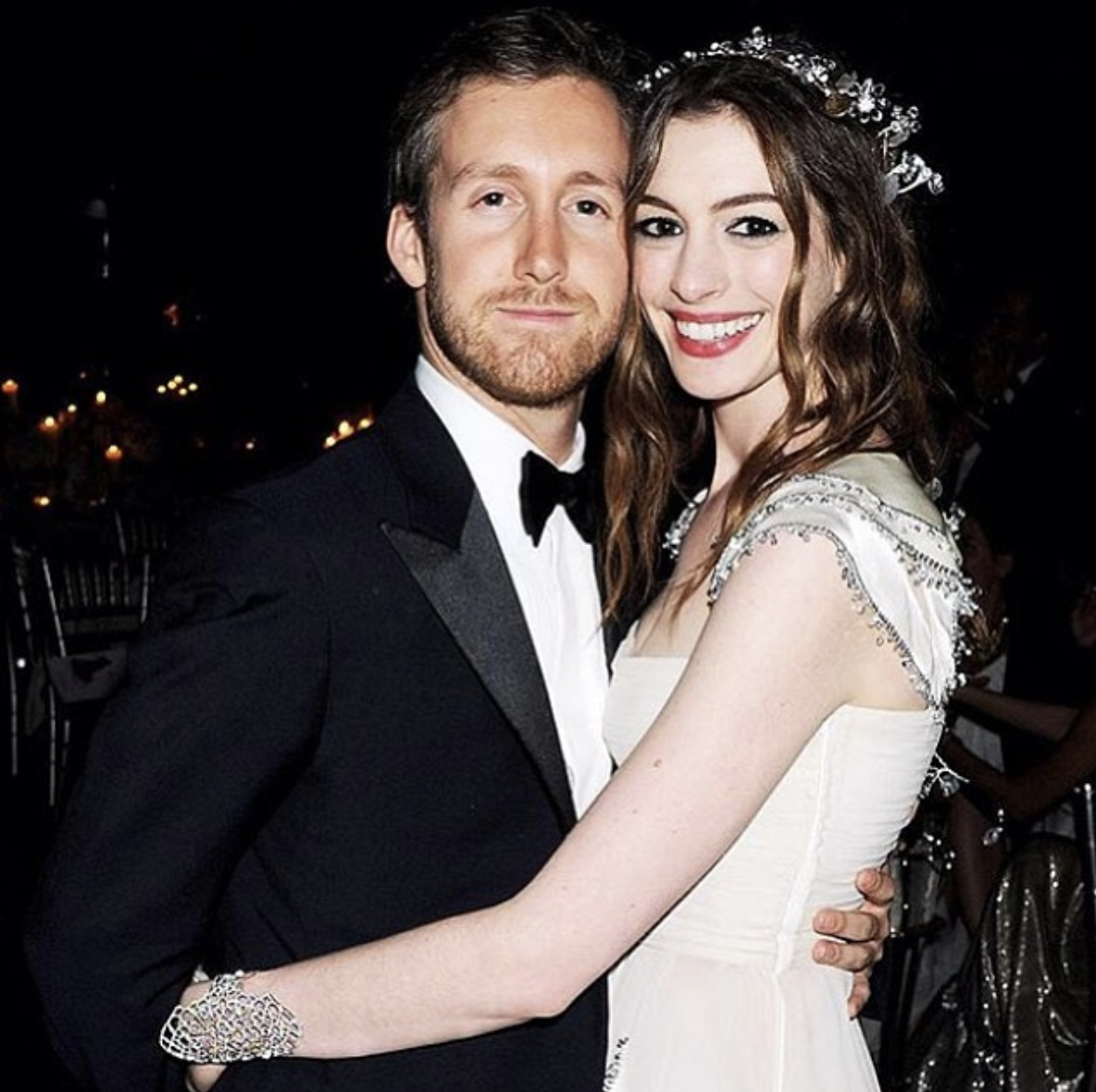 We all love what Anne Hathaway and her husband Adam Shulman have become. The couple is so in love and it's very evident. Hathaway and Shulman have even brought two souls in this world. Ever since Anne Hathaway got married to her husband, Adam Shulman, she has been a different woman. The actress has been very supportive of her family and her husband, Shulman always stands on her side. Just recently, Hathaway revealed that she was gaining weight for a movie role and Adam Shulman doesn’t seem to mind at all. Most people didn’t know about Shulman until she started dating everyone’s favorite actress, Anne Hathaway. Theirs is described as love at first sight, and their story is pretty impressive.

Shulman is a talented actor who is trying to maneuver his way to the top in the entertainment industry and Hathaway is helping him out on that. 37-year-old Adam Shulman was born in Brooklyn, New York, and he has a degree in theatre at Brown University which he obtained in 2003. Nothing much is known about Shulman’s family before he married Hathaway but with time, everything will probably be known especially after he stars alongside his wife in a blockbuster movie.

Hathaway’s husband started acting in 2005 and his first role was of Paul O’Bannon in the TV series, “American Dreams,” and one of his most successful roles was in 2007 when he starred in “Hazzard-I Duke to the Rescue” as the deputy sheriff, Enos Strate. The movie was second adaptation of the “Hazzard” TV series. He has built a net worth by starring in movies and TV shows like “Song One”, “The Gold Lunch”, “The Dukes of Hazzard: The Beginning”, and “The Loft.” 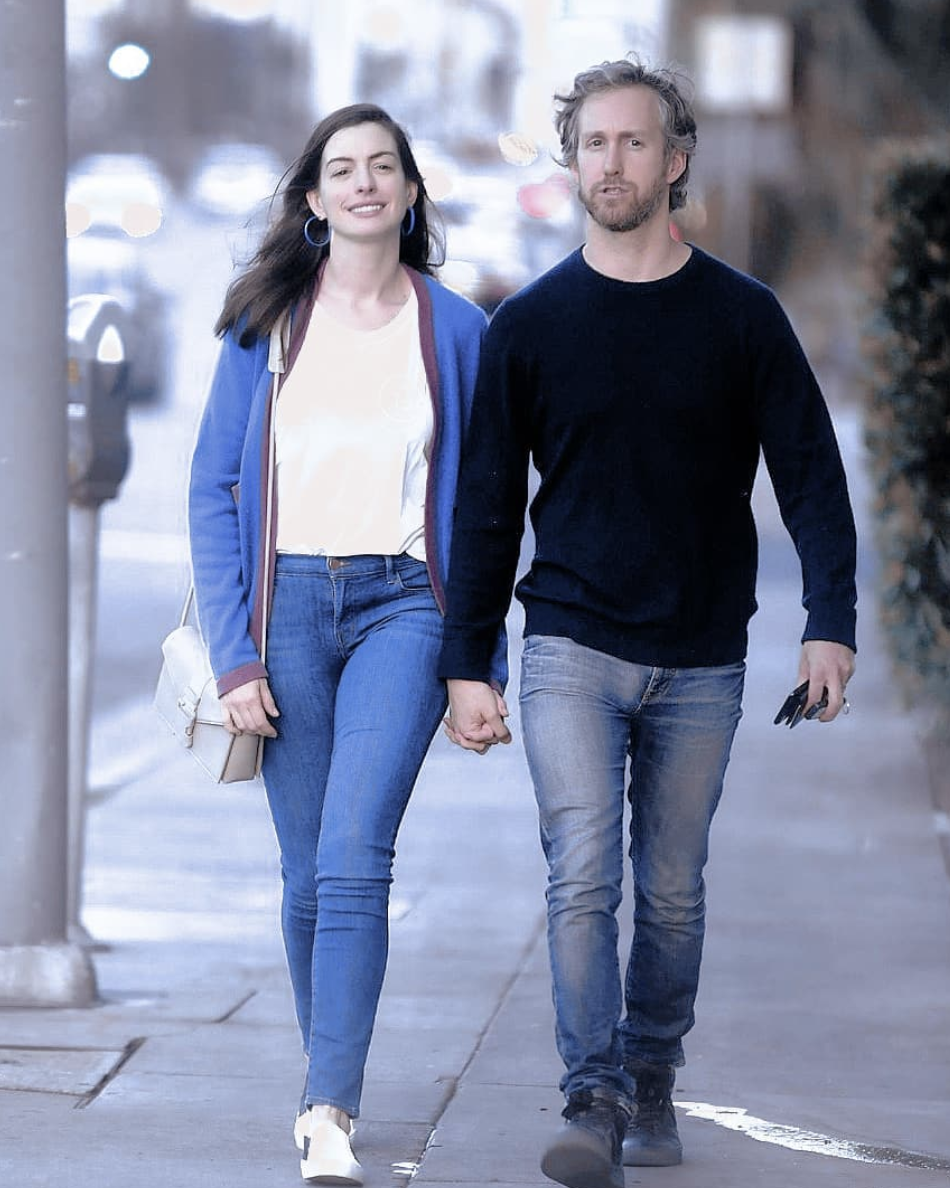 There has been some exciting news from Hathaway and her husband, Shulman, every while and that keeps us wondering how the happy couple met. The two have been together for a very long time that the fans are used to them being one and whenever one steps outside alone, some people feel like Shulman or Hathaway is half. So the big question is, how did they meet and how did their romance begin?

Well, the story starts from November 2008; five months after Hathaway broke up with Raffaello Follieri who she was with for four years. She broke up with him some days before he was arrested for wire fraud. In her words, Hathaway was looking forward to being single for quite a while after calling it quits with Follieri, but when she bumped on to Adam Shulman at Palms Springs Film Festival in 2008, through a mutual friend, everything in her mind changed. Their connection was so strong that Hathaway told a friend that she would marry Shulman. The actress even talked to Harper’s Bazaar about the actor and the man she loved so much that she thought that he read her mind and thought that she was a little nuts , which she was but at the same time tried to act nice. She said that she had not spoken about that before, but with him, she was so honest. 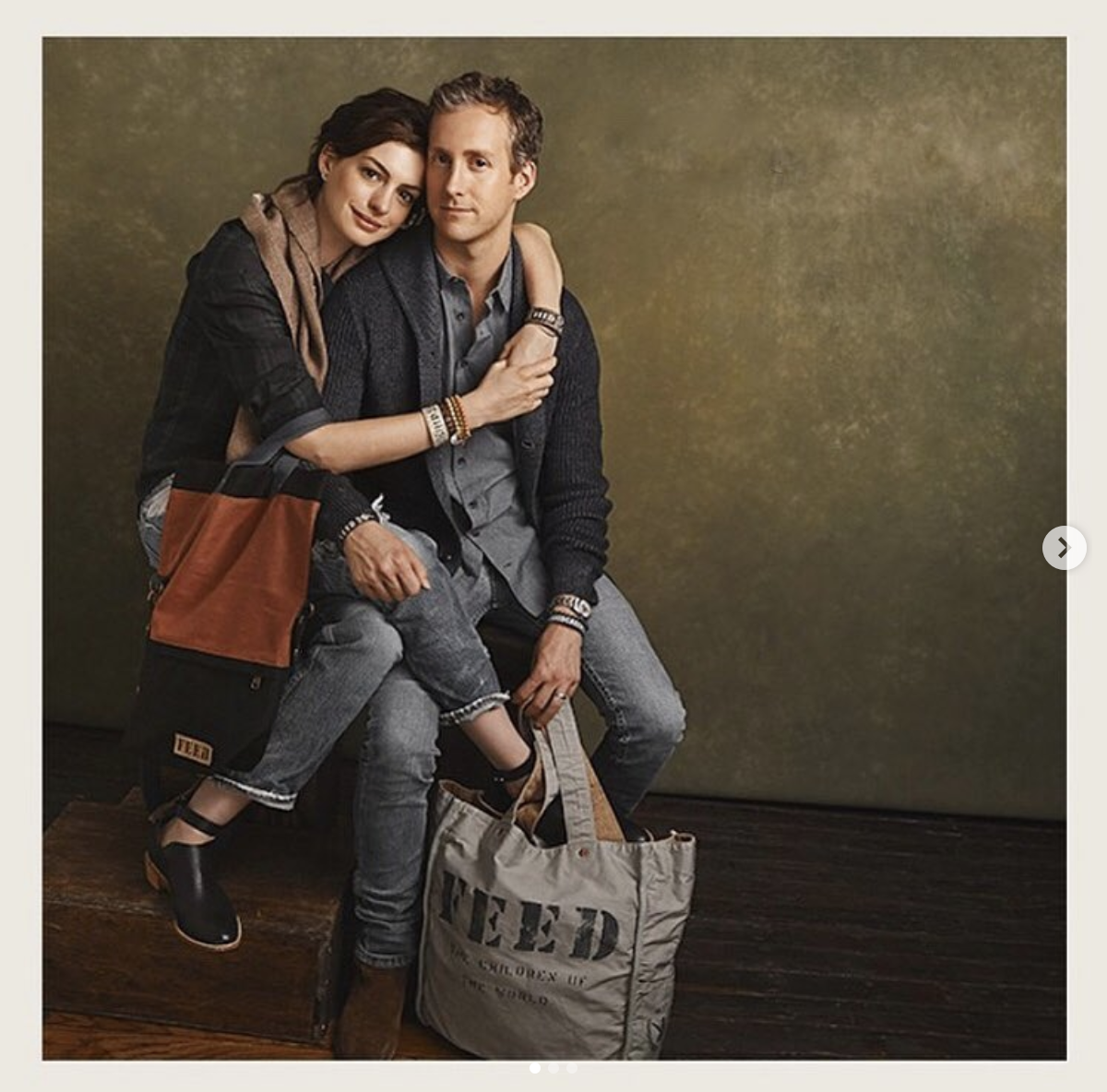 From the moment Hathaway met him, she knew he was the man she prayed for. The two had immediate chemistry, but both thought that the other was in a relationship and so Hathaway tagged herself along until she discovered that her now-husband, Adam Shulman wasn’t seeing anybody.

Hathaway made the first move by asking Shulman for a date and it was a trip to New Orleans. She told David Letterman in the clip that she had an extra ticket and she couldn’t go with her two friends, so she decided to risk and invite Shulman. Yes, they went to New Orleans together and we can say that the rest is history. Now they have two kids and the couple deserves all the happiness in the world.

There were rumors that they had marriage problems 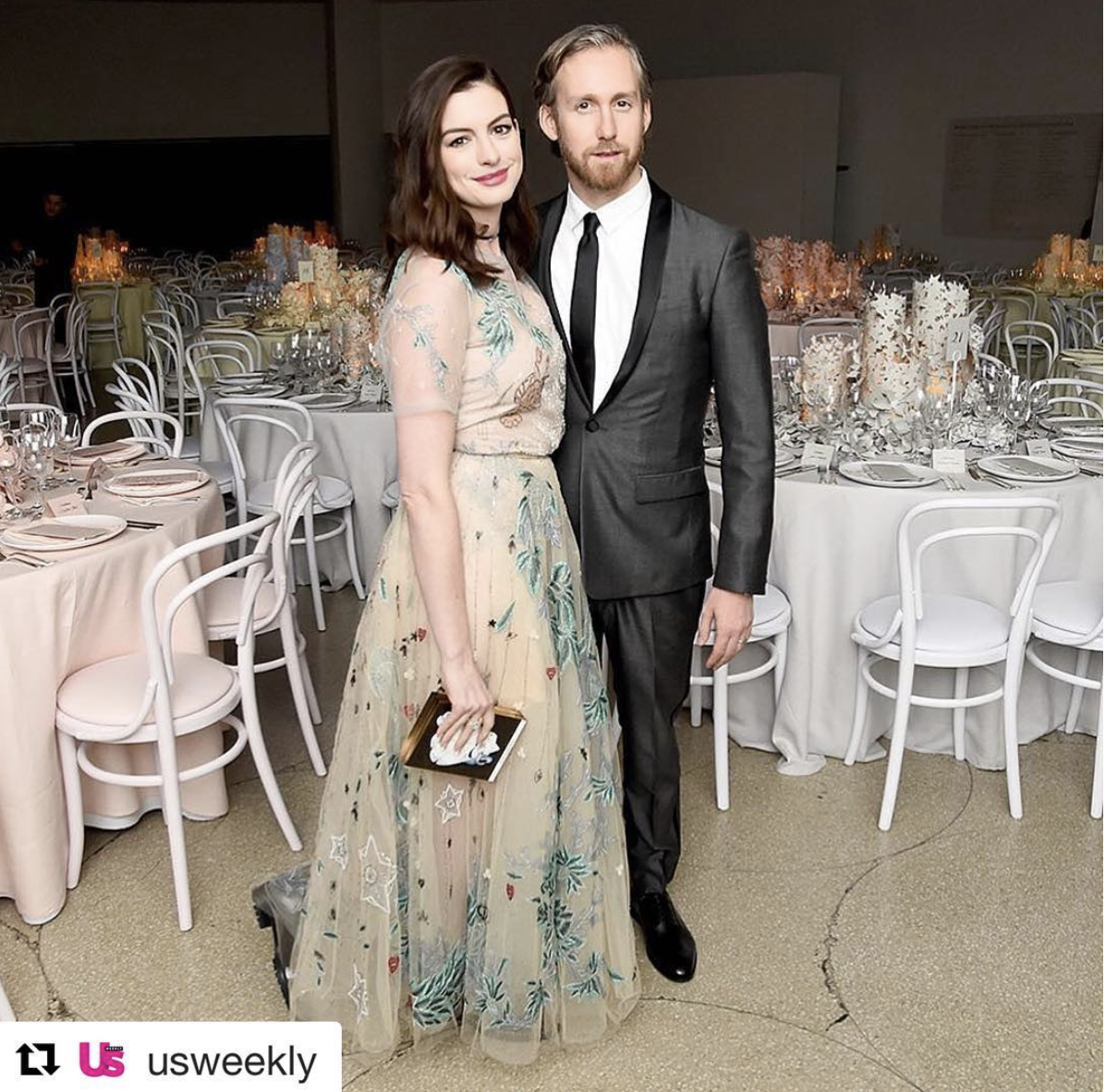 The OK! Magazine reported that Anne Hathaway and her husband, Adam Shulman were having marriage issues because they were arguing and fighting about the place they should live. The magazine speculated that the actress wanted to leave New York City and locate back to Los Angeles to focus more on her movie career, but her actor hubby of five tears insisted that they raise their youngest child in Manhattan. A source told OK! According to them that her “Judy Garland” biopic was pushing her a lot and she needed to move to L.A. but Shulman didn’t budge. The publication also reported that Shulman felt like there wasn’t a good support system in L.A. for them and the conflict was taking a toll on their marriage.

The source even told the magazine that Anne Hathaway said that she had sacrificed a lot for her husband, Adam Shulman, and it was the time he needed to return the hand and she told Shulman she would go to L.A. whether he goes with her or not. But according to Gossip Cop, the report was false as the couple has homes in New York and Los Angeles. A rep of the couple told Gossip Cop that the couple chooses where to live depending on where she will be filming at. Also, there are a lot of stars who live on the east coast and still manage to their Hollywood careers.

Regardless of that, the actress is bicoastal and she doesn’t have the reason to fight with her husband, Shulman. Gossip Cop also busted OK! a while back for reporting that Hathaway was fighting with studio executives to have complete control for the “Barbie” movie. “Song One”, “The Gold Lunch”, “The Dukes of Hazzard: The Beginning and “The Loft” actor, Adam Shulman has been through a lot with his wife, Anne Hathaway, and despite all the negativity they get from the gutter press, they still stand strong.

They own a home in Connecticut

Anne Hathaway and her husband of over five years and who they have two kids together, Adam Shulman spent their Thanksgiving weekend last year in their brand-new home on the seaside of Connecticut. The locals living near the home buzzed that the couple bought the house for a whopping $2.8 million. It has five bedrooms, five bathrooms and it is near Compo beach in tony Westport, Connecticut. A source spotted Shulman and Hathaway picking up supplies in a local store before the Thanksgiving day. The 1920s cottage which the celebrity couple now own is 5,000 square feet and is constructed on one acre of land in an AGA range. It has an outdoor kitchen and ornamental English gardens, according to its advertisement. Hathaway and her husband, Shulman also purchased an Upper West Side apartment in 2016 at the cost of $2.55 million.

Hathaway was speaking to Harper’s Bazaar and they touched a little about her marriage and husband. The actress said that her marriage was just fine and was working out great. She also said her guy, the actor, Adam Shulman, who she dated after she broke up with Raffaelo back in 2008 and came to marry afterward was more “mellow” than her previous romances. But we all know that mellow doesn’t go for a good story, but it makes for a perfect life. 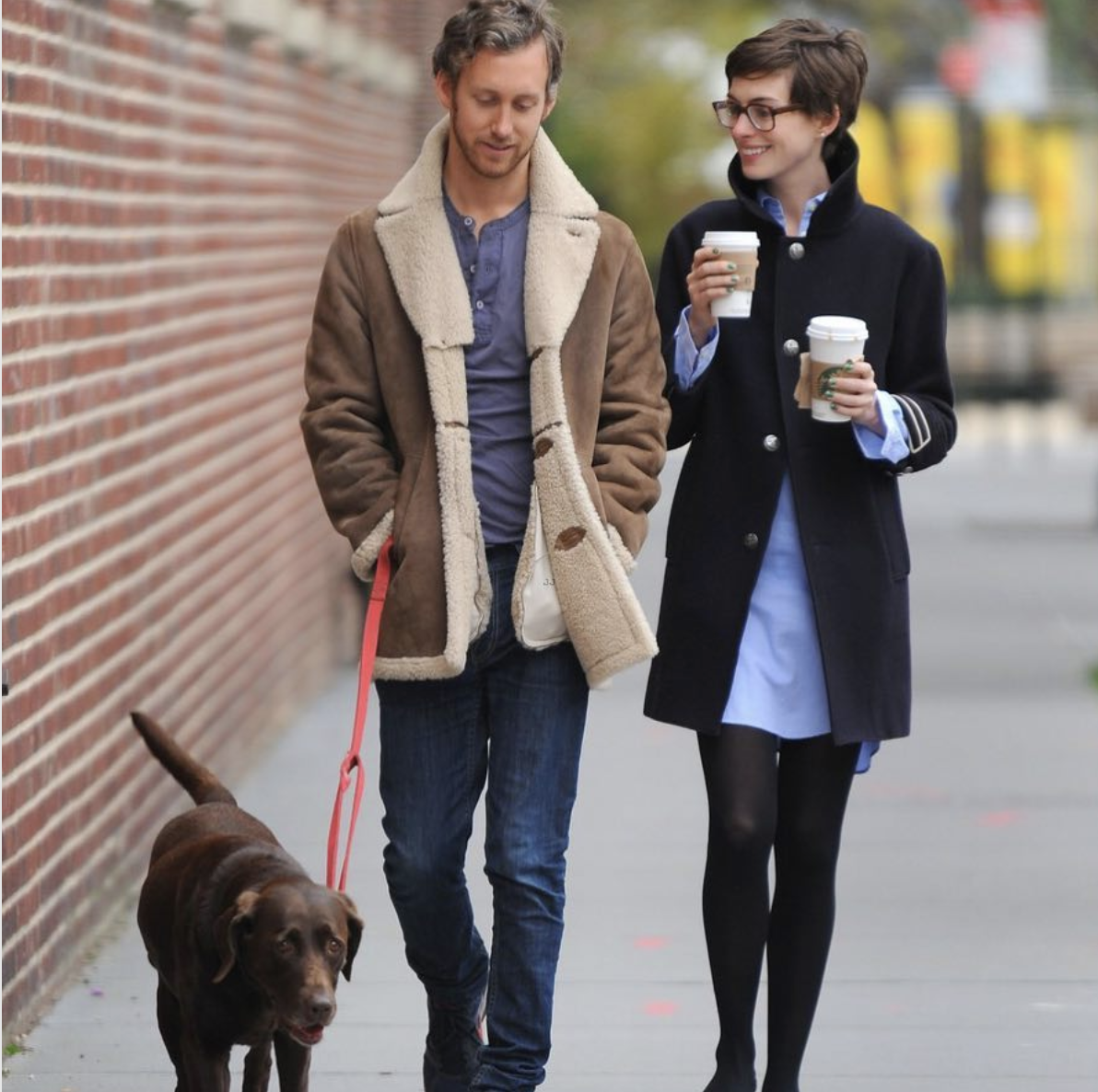 2. Apart from acting, Shulman is a jewelry designer

According to the website of the company, James Banks Designs, it was founded by Shulman and another famous designer is known as Heidi Nahser Fink. Their small selection of pieces look quirky and stylish with a vintage twist or feel. One thing about them though is they aren’t cheap, but is there any vintage jewelry that is cheap? One of their high treasured jewelry collections is the adorable lightbulb-inspired necklace that you will need to have a whopping $5000 to take it home. Shulman is super talented that’s for sure and it’s probably one of the reasons Hathaway loves him so much.

3. His jewelry company has donated to charity

In 2013, the “Song One”, “The Dukes of Hazzard: The Beginning”, “The Gold Lunch”, and “The Loft” actor, Adam Shulman collaborated with Fink to create some modern, handcrafted jewelry which were sold for the Word of Children Award, a foundation that is dedicated to advancing charity work on behalf of kids from all over the world. In just two months, the created special pieces with the charity’s logo and other fashion pieces. A hundred percent of the proceeds gained from the sale of pendants and bracelets in the charity event and those featured on the website went to the foundation. Their pieces have been known to be of detail and meaningfulness. Some of the works they do include glass pendants with jewels inside, which the customer handpicks. The glass pendant is known as “Lightkeeper,” and it was inspired by Hathaway. She told Shulman that whenever she was away from him, she felt like she didn’t have the light of her life with her. 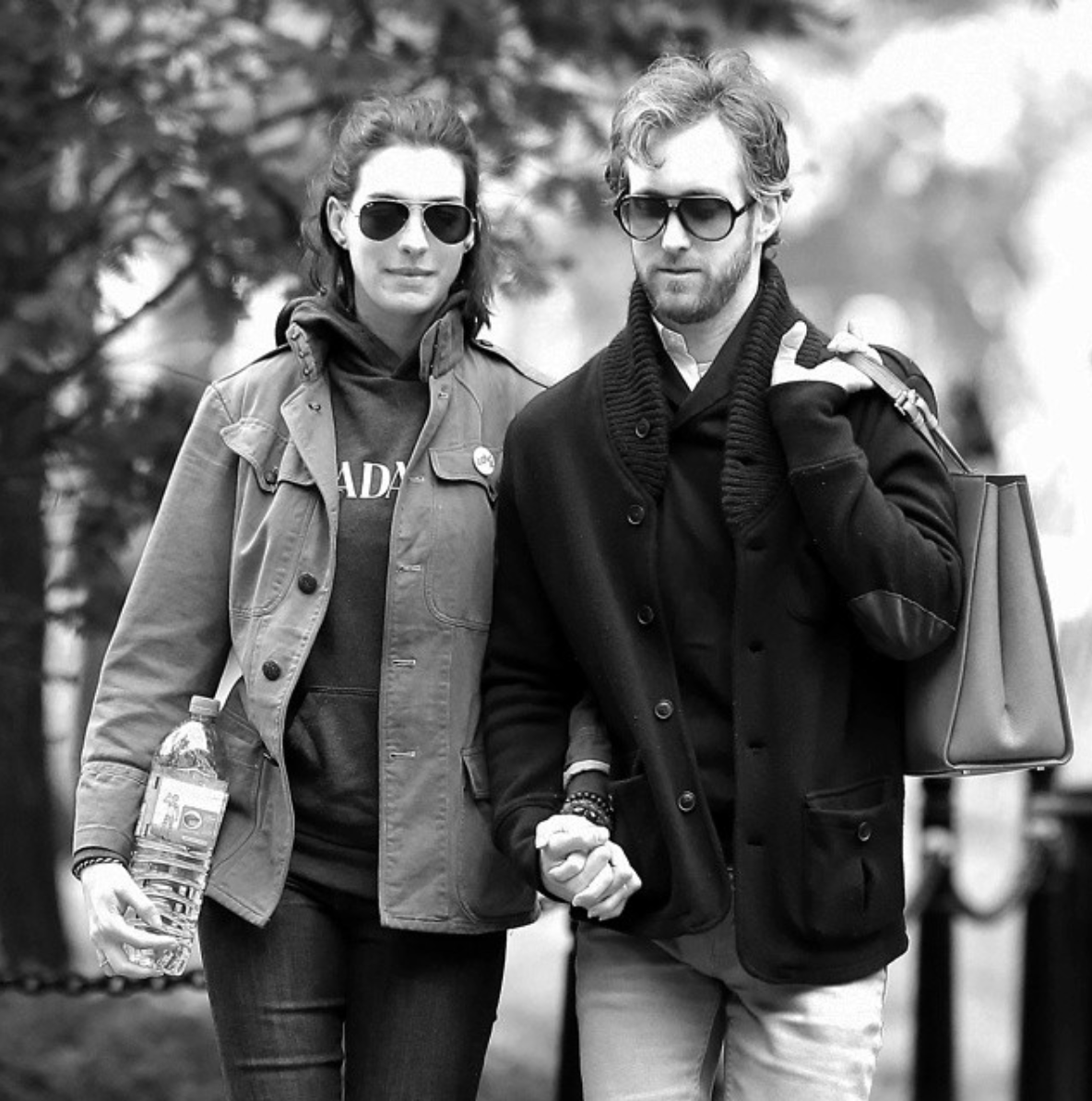 4. He supports Hathaway when she has no acting roles

Hathaway opened up in a cover for Glamour UK where she said that she realized that as she got older, she was overlooked for roles. She narrated that when she was in her early twenties, some parts would be written for women in their fifties but she would still get them. Being in her thirties, she would wonder why 24-year-old got that role, but she wasn’t supposed to be upset about it because she also had that advantage and had to be so thankful instead. However, she thought that it wasn’t to be that way in acting because actresses have to take different roles that they are used to as they grow older because there are many actresses. But Shulman always supports her and comforts her at times like those. 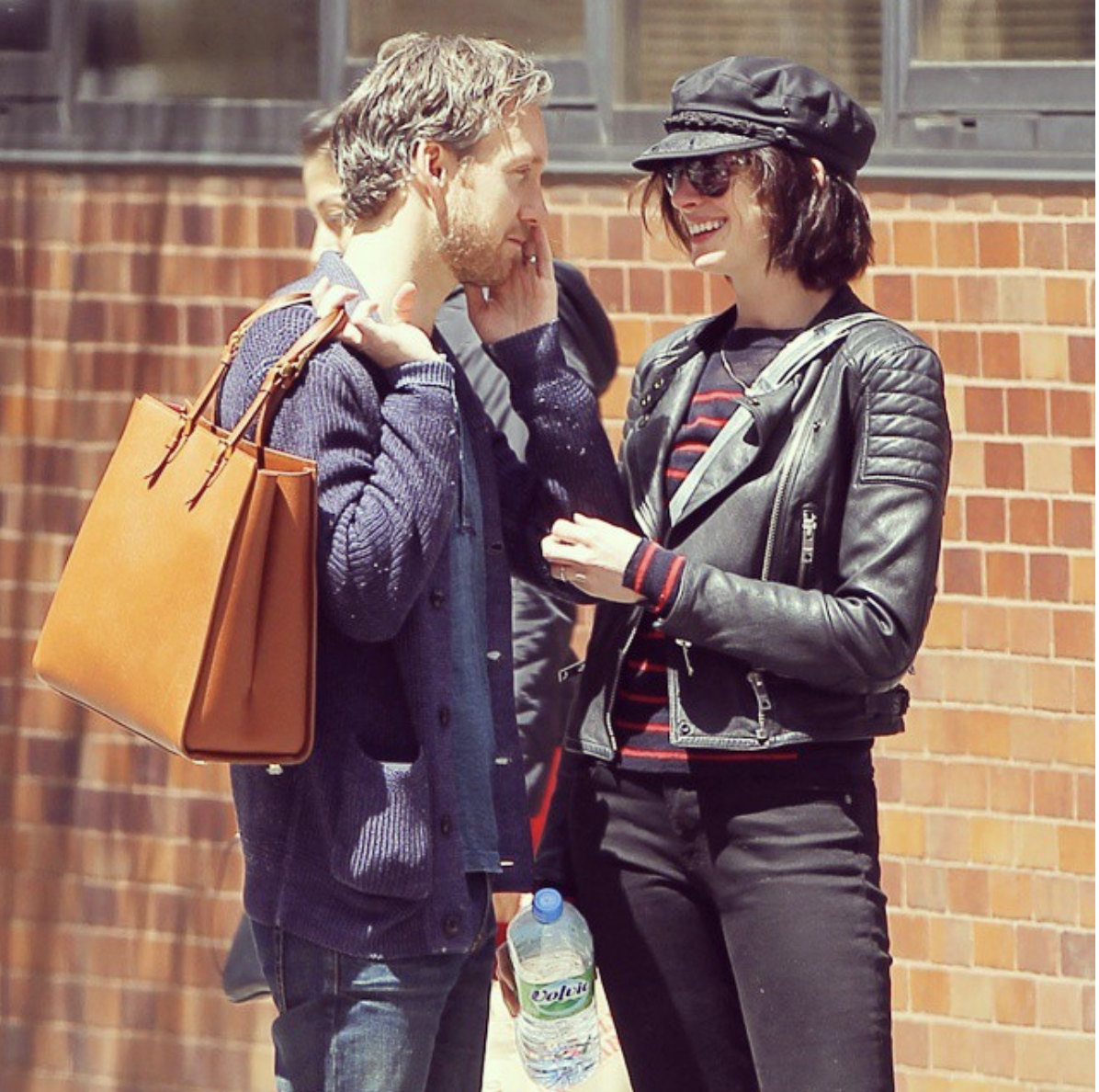 According to Celebrity Net Worth, Adam Shulman has a net worth of $1 million. The actor has made his net worth from his jewelry business and also his roles in “Song One”, “The Dukes of Hazzard: The Beginning”, “The Gold Lunch”, and “The Loft.”

Adam Shulman is a man Anne Hathaway wouldn’t trade for anything in this world. Everyone wishes to keep someone special close to the heart.