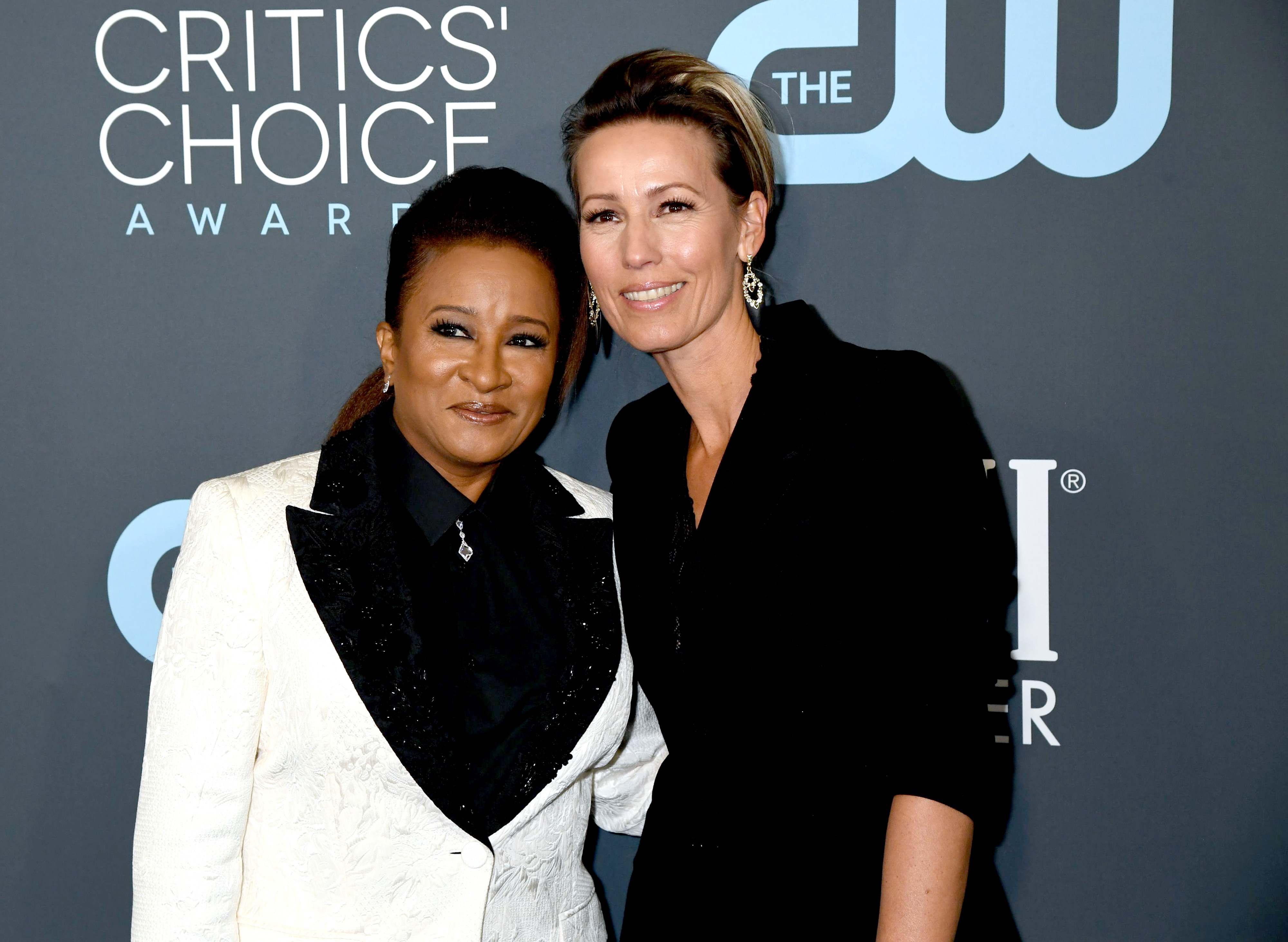 Wanda Sykes is one of the icons of comedy in America and the world. She started her career as a writer on The Chris Rock Show, and it earned her a Primetime Emmy Award for Outstanding Writing for a Variety, Music or Comedy in 1999. Sykes’ first comedy special, Wanda Sykes: Sick and Tired, aired on HBO in 2006, and it received a Primetime Emmy nomination in 2007.

Sykes has also appeared in several hit films and TV shows. She is also an author, with her first book, Yeah, I Said It, coming out in September 2004. Wanda has been a superstar in the comedy industry for close to three decades now, and she is still going strong thanks to the support of her wife, Alex Sykes.

Who is Alex Sykes? 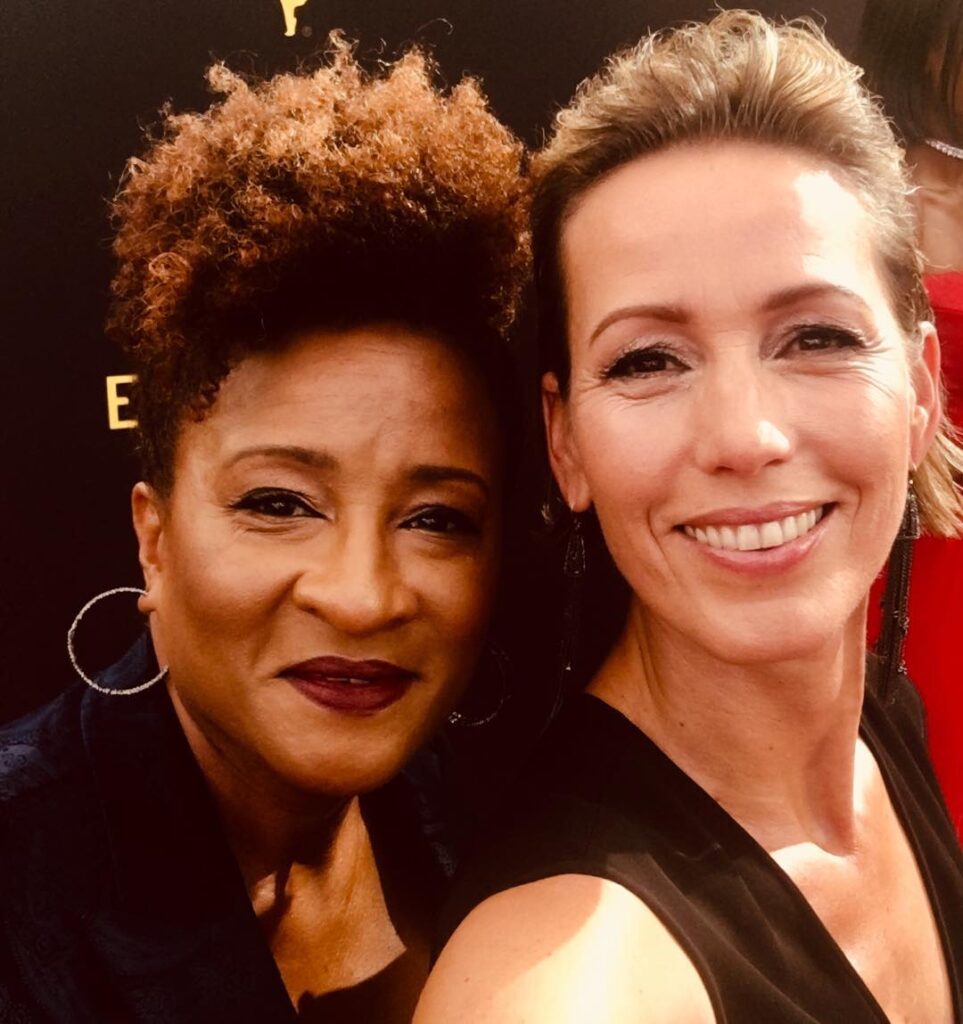 Who is Wanda Sykes's wife? Alex Niedbalski is the wife of comedienne and actress Wanda Sykes. Niedbalski holds French-American nationality, and she is a businesswoman. Alex Sykes's age is 46 years old, and they have two kids together.

What Does She Do For A Living? 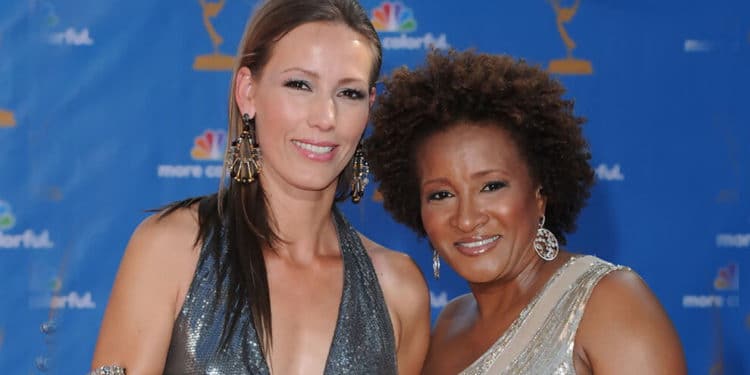 There is not much information about what Alex does for a living, but it is known that she is a businesswoman who sold granite countertops. She is also the Senior Vice President of Sales at Polycor.

When Did She And Wanda Get Married? 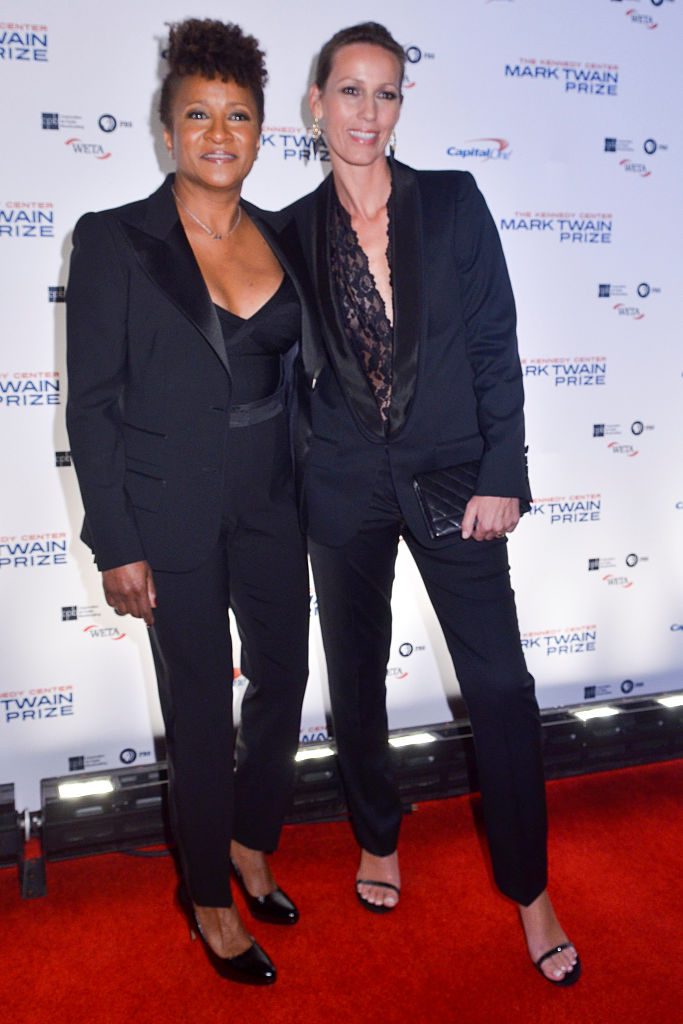 Wanda and Alex have been together for 14 years. The comedian met Alex on a ferry ride to a New York gay resort named Fire Island. She noticed a woman with a computer bag talking to a baby, and she instantly clicked with her but did not approach her. Nevertheless, she said she knew that she was the kind of woman she needed in her life from that moment in New York.

Yes, it was Alex Niedbalski, the same woman that the actress noticed on the ferry to Fire Island. The comedian found out that Alex was single, and they hit it off immediately. Alex and Wanda dated for two years before they got married in an intimate ceremony in Las Vegas in 2008. One month after their wedding, Wanda publicly came out during a rally against a law that banned same-sex marriage. Not every member of Wanda Sykes's family was pleased with her decision to marry a woman, as her mom did not attend her wedding. Wanda’s family has since warmed up to Alex and Wanda. Before meeting Alex, Wanda was married to music producer Dave Hill in 1991. Their matrimony ended in 1998.

Do They Have Children? 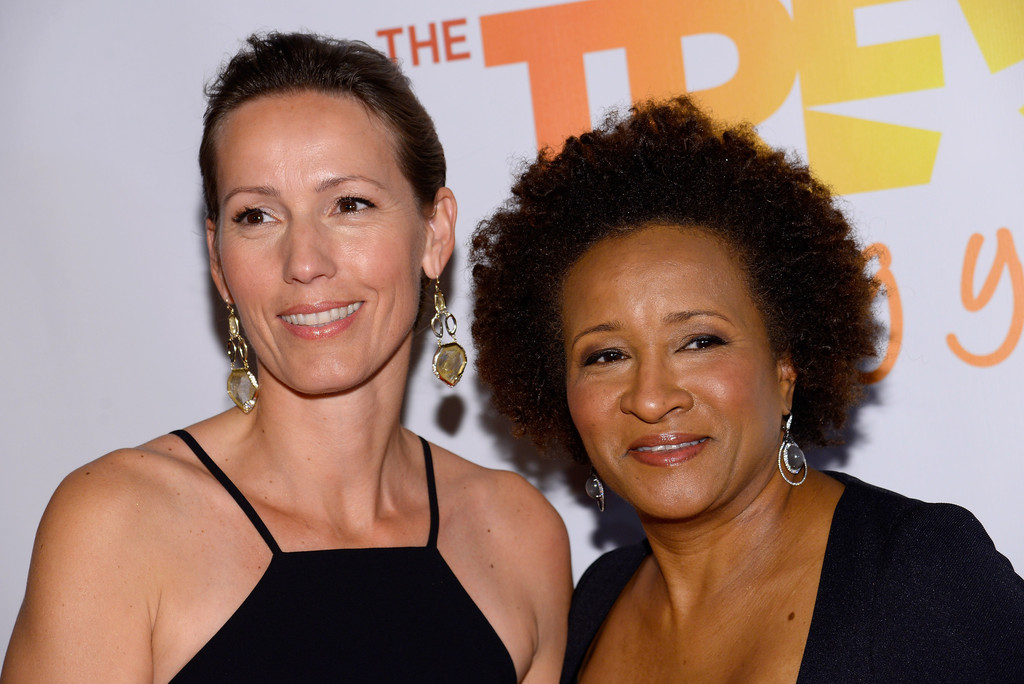 On April 27, 2009, Wanda sykes and wife welcomed a set of twins, Olivia Lou and Lucas Claude. Wanda and Alex Sykes kids are fraternal twins. Also, the twins were carried by Alex. Wanda and her family split their time between Los Angeles and suburban Philadelphia. They also visit Alex’s family in France regularly. Olivia Lou and Lucas Claude are white, and they speak French and English. In an interview with The New York Times, Wanda stated how she, as a black woman, is raising white children. She said: " You want it to be a world where they can just live and be good people and not have to think about that, but you have to have the conversation. You do. When something comes up you have to address it… I’m just raising them how I was raised. Hopefully, they won’t get a taste of white privilege.” 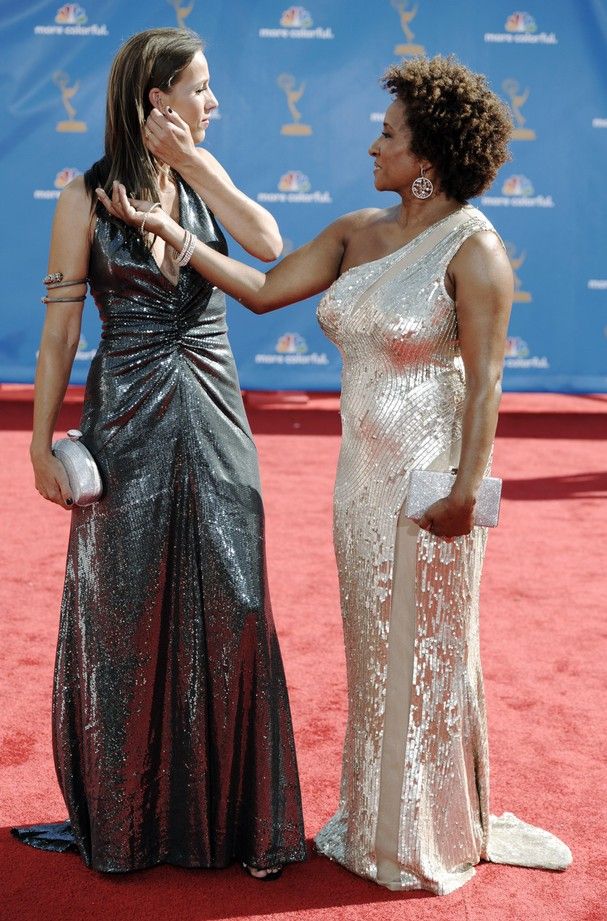 How is Their Married Life? 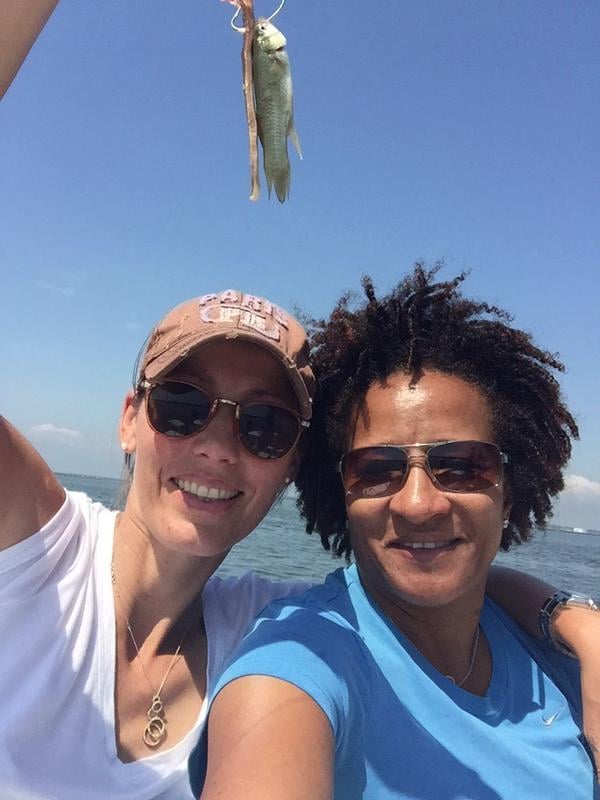 On 21st September 2019, Alex uploaded her first post on Instagram, a video of her wife cracking jokes on The Ellen DeGeneres Show. Alex now has some posts of herself and her wife on her page. If you want to see a lovely picture of Wanda Sykes's wife, you will find a few on her Instagram page, as she is very active on her social media and shows her family a lot over there. Truth is, they seem to be very very happy together. 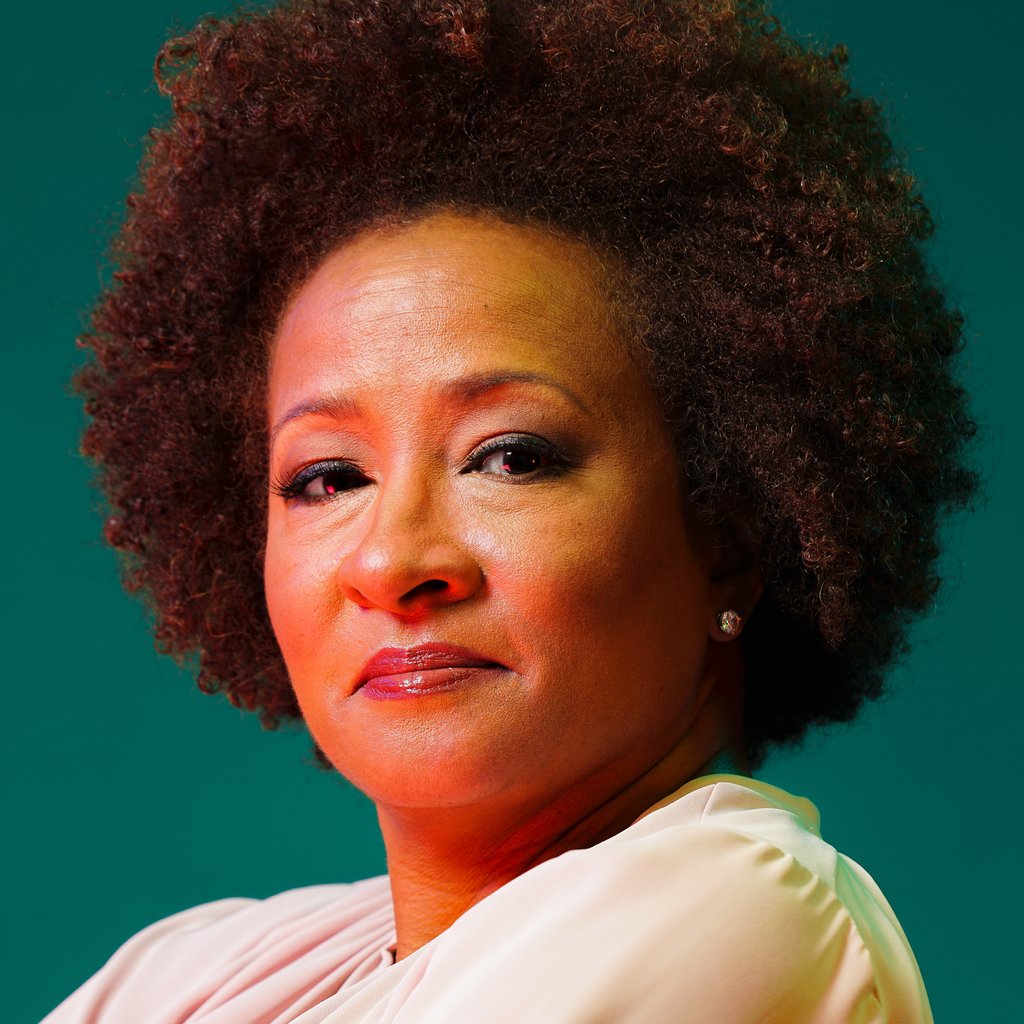 But what about Wanda Sykes, the comedian who is Alex's wife. If you want to know more about her too, we have compiled 5 interesting facts about Wanda, in case you do not know much about her either! Here they are:

1. She kept her homosexuality a secret for a lot of time

Wanda Sykes stayed in the closet until 2008, the year he decided to go out publicly in front of miles of people, during her appearance at a Las Vegas rally for gay rights. In the same speech, the actress confessed that she had just married her wife Alex in October. 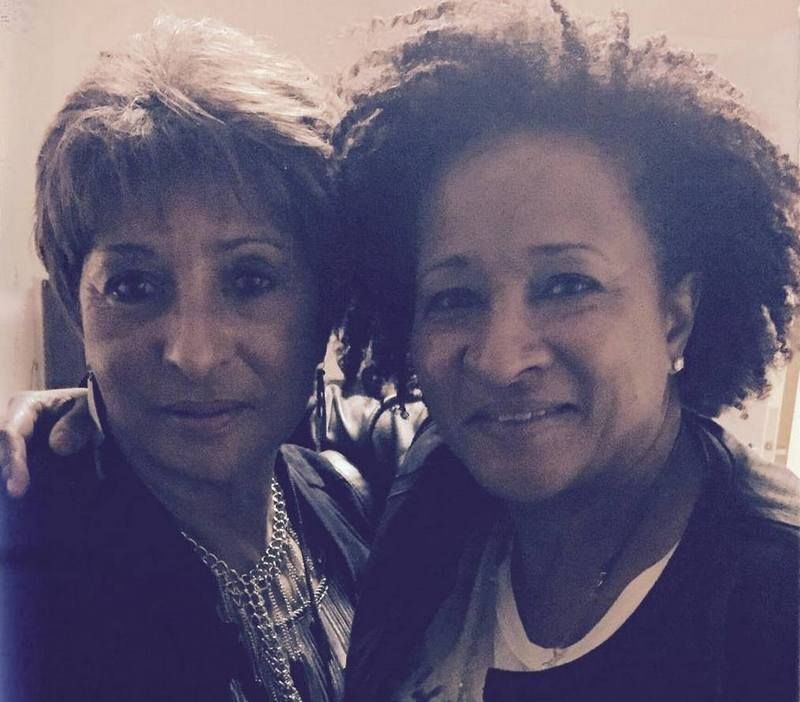 Wanda Sykes was born in Portsmouth, Virginia. Her family moved to Maryland when she was in third grade. Her mother, Marion Louise worked as a banker, and her father, Harry Ellsworth Sykes, was a US Army colonel employed by the Pentagon.

Sykes' family history was investigated for an episode of the 2012 PBS genealogy show Finding Your Roots With Henry Louis Gates Jr. Her ancestry dates back to a 1683 court case involving her paternal ninth great-grandmother Elizabeth Banks, a white woman. free and hired. maid, who gave birth to a biracial girl, Mary Banks, sired by a slave, who inherited the free status from her mother. According to historian Ira Berlin, a specialist in the history of American slavery, the history of the Sykes family is "the only case of this type that I know of in which it is possible to trace a black family rooted in freedom since the late seventeenth century. up to the present.. " 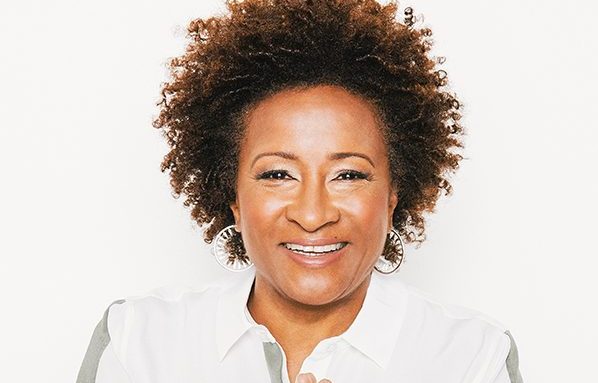 Sykes attended Arundel High School in Gambrills, Maryland, and later graduated from Hampton University, where she earned a Bachelor of Science in Marketing and became a member of Alpha Kappa Alpha. After college, her first job was as a recruiting specialist at the National Security Agency, where she worked for five years.

4. She is an activist 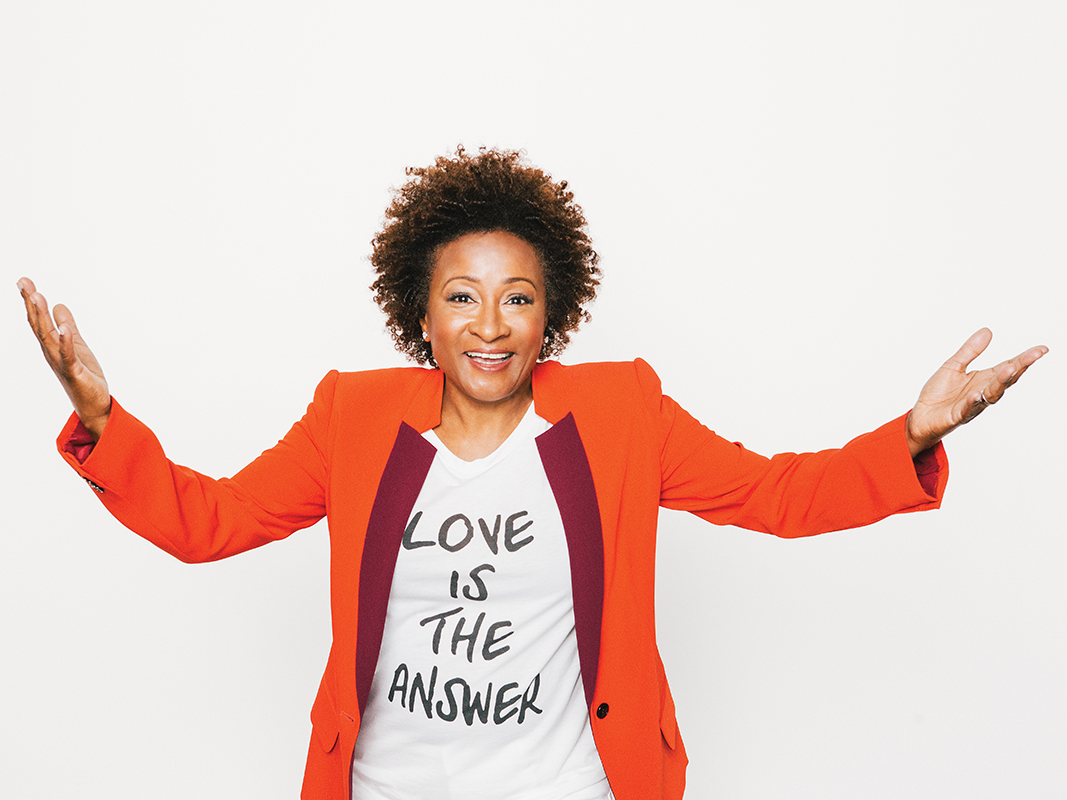 Wanda publicly expressed that she was devastated when California voters passed State Proposition 8. She said, "With the legislation they passed, I can't sit back and watch. I just can't." She has continued to be actively involved in same-sex marriage issues by hosting events and hosting fundraisers. She has also worked with PETA in promoting anti-chaining legislation in his home state. She has been an outspoken supporter of Detroit's Ruth Ellis Center after organization staff sent Sykes a letter asking her to visit during her 2010 Detroit tour stop. 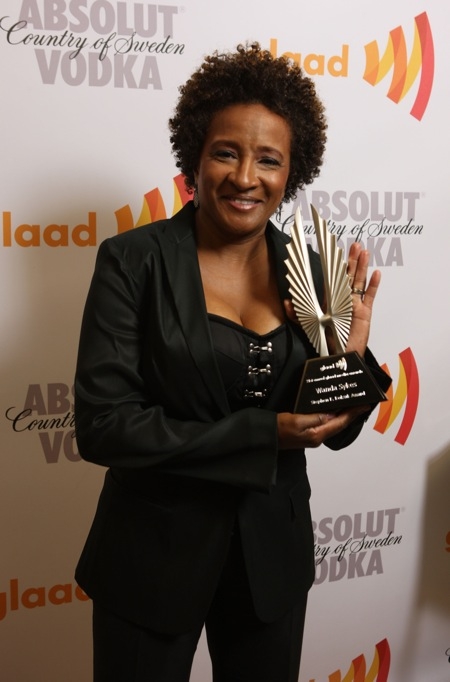 Sykes has been nominated for ten Primetime Emmys, with one win (in 1999) for "Outstanding Writing for a Variety, Music or Comedy Special." In 2001, she won the American Comedy Award for "Best Standing Female Comic." She won a Comedy Central Commie Award for "Funniest TV Actress of 2003." In 2010 he won the GLAAD Stephen F. Kolzak Award. In 2015 she won the honor of Activism in the Arts at the Triumph Awards.

What Is Alex Sykes Up To Now? 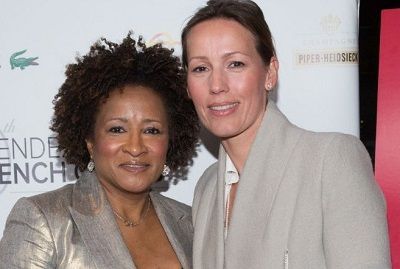 There is basically nothing know about what Alex is up to now, but we can guess that she is living a happy life with her family, probably does not work in Kitchens anymore, and just helps In the house and with the family. These are all just assumptions tho, they are all very private with their lives.

Related Article: 12 Actors And Comedians That You Didn't Know Are Redhead 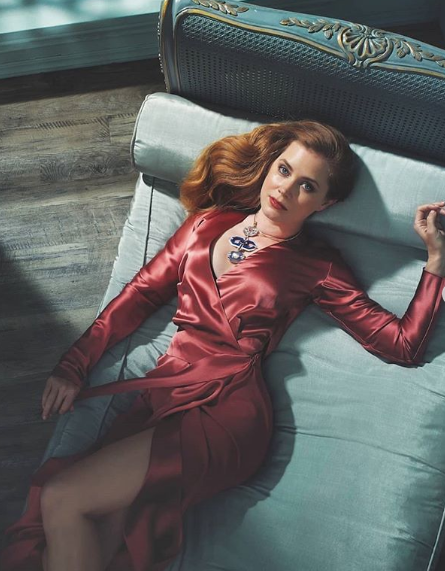 Celebrities who were redhead who kept or changed their hair color

Even though we did not actually give much information on this woman, as there is not much to grab from, we still learned a bit about the woman who is next to the favorite comedian of many. Truth is, Wanda Sykes is amazing at what she does, and it is always nice to know a little more about the families of the people we admire and watch in our homes.