Who is Lindsey Vonn, the champion skier?

Lindsey Caroline Vonn was born October 18, 1984. She is famous for being an American World Cup racer - for Alpine skiing - on the US Ski Team. Lindsey Vonn has won four American World Cup overall titles and owns the woman's record for most World Cup wins. Vonn, who is now Alpine skiing, started racing when she was seven years old. Skiing at seven years old is a feat all on its own, but not only did she ski, but she also began to race. Even at a young age, she was extremely dedicated, and by the time she was 14 years old, she won Italy's Trofeo Topolino. Lindsey Vonn was taught to ski by her grandfather, Don Kildow. Vonn's father is former competitive Alpine skiing legend, Alan Kildow. Though Kildow is no longer in the skiing game, he helped his daughter learn. Lindsey Vonn has four siblings. Kildow now has a law degree and has been working as an attorney at Briggs and Morgan. Briggs and Morgan is located in Minnesota. He describes his job as: “complex commercial litigation.” Complex seems to be the name of the game in his life. To this day Lindsey Vonn still competes in the American World Cup

Lindsey Vonn seemed to be even more dedicated as a child than she is now. When Lindsey Vonn was only ten years old, she met Picabo Street. Now, most children would not have any idea who he was, but she worshiped him. For those who don't know, Picabo Street is an Olympic gold medalist winner for skiing. The meeting was not just impressive on the side of Lindsey Vonn, but Street was equally impressed and later in her career became her skiing mentor. To keep her focus on skiing, Lindsey Vonn attended University of Missouri High School, an online program through the university's Center for Distance and Independent Study since she traveled a lot to Colorado for training.

What a great way to end the season!😁🥉 Thank you to my team for all of the hard work you put in! We did it together!! Love you guys ❤️ #bestcrewintheworld #thankful congrats @iamsofiagoggia @viktoria_rebensburg and @tina_weirather 🌍 #oakley

Lindsey Vonn set many records at the 2010 Winter Olympics, where she won the gold, a first for an American woman. Vonn has also won a record 8 American World Cup medals in the downhill discipline (2008–2013, 2015, 2016). She has earned five titles in super-G and three titles in the combined. In 2016, Lindsey Vonn won her 20th World Cup crystal globe title. This means she holds the all-time record for wins among men and women. Lindsey Vonn is a rare breed, having won a World Cup in all five sectors of Alpine skiing: downhill, super-G, giant slalom, slalom, and super combined. To date, Lindsey Vonn has 82 American World Cup race wins under her belt. In 2010, Vonn accepted the Laureus Sportswoman of the Year award and was the Olympic Committee's sportswoman of the year.

Photo of Lindsey Vonn and her father she posted to Instagram.

Between 2002 and 2006, Lindsey Vonn made drastic changes to her work out routine. She realized if she wanted to dominate the competition, she had to train harder. When she appeared at the Winter Olympics in 2006, Vonn made the second-best time in the first practice run but then crashed in the second. Despite an injury, Vonn continued to compete and placed eighth, though she did win the U.S. Olympic Spirit Award. The Olympic Spirit Award is an award voted on by fellow teammates, media members, and fans, so essentially anyone can win.

Lindsey Vonn is very particular about how she competes. Despite being a winter Olympian, she hates the cold. Vonn has an odd love-hate relationship with it, stating: "I like being outside. I hate the cold—but I also like the fresh feeling it gives you." Like a lot of professional athletes, Lindsey Vonn is a bit superstitious. Her outfit has to be color-coordinated. She also always wears one piece of sentimental jewelry. Lindsey Vonn has somewhat nervous energy and fidgets before a race.

Lindsey Vonn is the most-followed American Winter Olympian on Instagram. She has 1.4 million followers. She also has a certified Facebook page that regularly posts about her events and current Facebook photos. Currently, the top post on her Facebook is a set of photos from her visiting The Late Late Show with James Corden. Not only does she have a popular personal Instagram, but she also made a page for her dogs. You can follow them @vonndogs on Instagram.

Also, if I were a super hero, I’d also have a really long cape...because why not have a cape🤷🏼‍♀️ #ifonly

Lindsey Vonn is known, aside from her athleticism, for dating Tiger Woods. Tiger Woods was once the greatest golfer of all time. His downfall was when he cheated on his then-wife, and a few years later he and Lindsey Vonn began to date. Even though they are no longer together, she still supports his craft. Lindsey Vonn and Woods met in 2012 and, as you could imagine, they bonded over their athletic lifestyle. She once said: “We’re athletes, so I guess we have something in common there. We met at his charity event in Vegas, Tiger Jam, and, yeah, we were friends for a long time. I don’t know, we just kind of relate really well to one another,” Despite his reputation for cheating on his wife, Tiger Woods seemed to become a more supporting and positive person with Lindsey Vonn. After competing, she described her excitement: “I didn’t think this could get any better than yesterday with my entire family here but now with Tiger here this is unbelievable,” Vonn told the New York Post. “I said, ‘I can’t believe you came.’ And he said, ‘I told you.’" They seemed to support each other's crazy lifestyles and penchant for training most of the year. It's a good idea for someone who has a unique way of life to date someone who is at least familiar with it. Lindsey Vonn and Woods became very close, and she cultivated a good relationship with his children and his ex-wife. 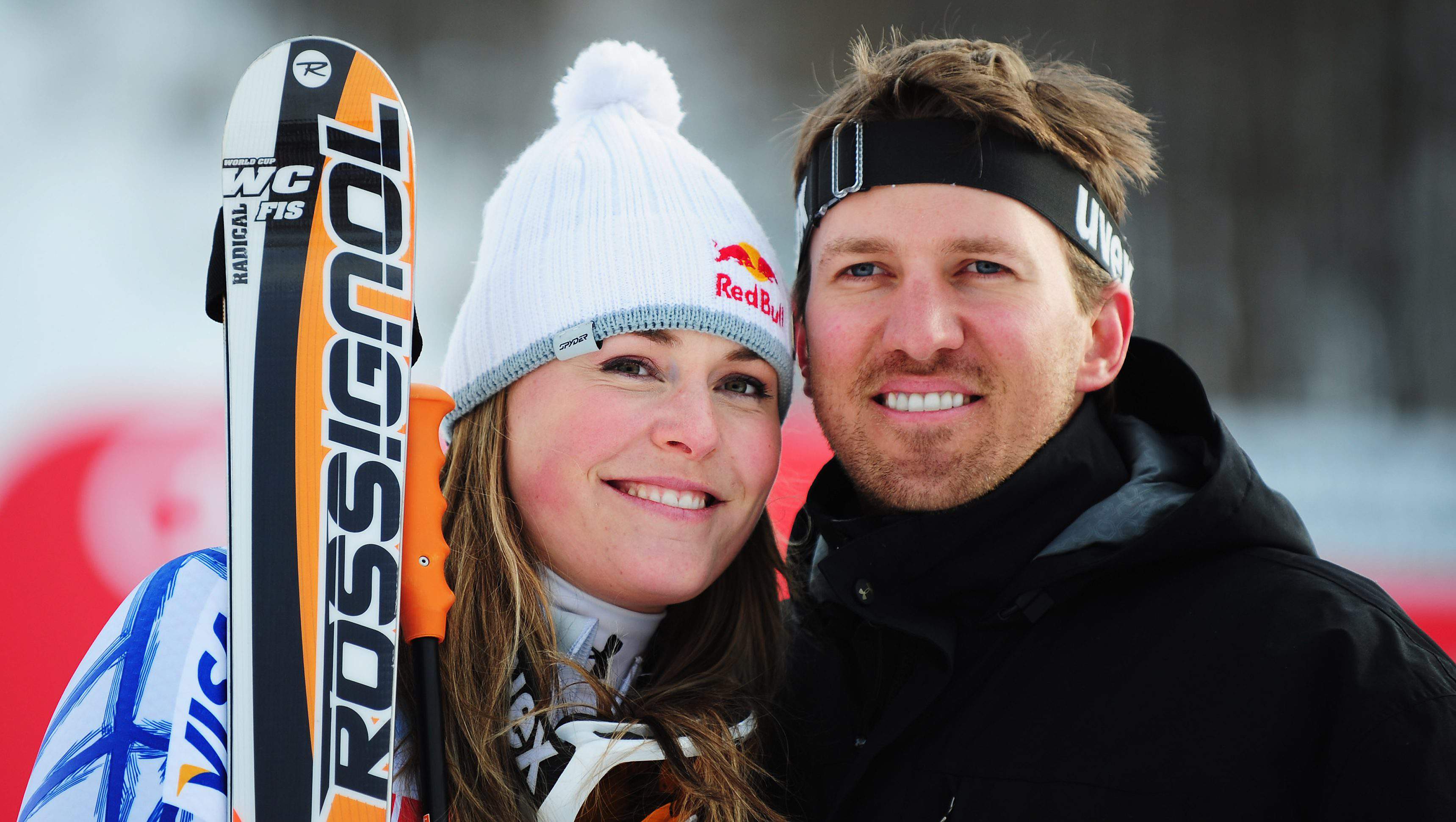 Lindsey Vonn has accomplished a lot in her life, and it's no shock that her net worth is over 3 million dollars. Lindsey Vonn has numerous endorsements and sponsorships, like Red Bull, Beats by Dre, Rolex, Oakley, Hershey, and Under Armour, as well as a new clothing line. She founded the Lindsey Vonn Foundation to help young girls evolve and support their athletic endeavors. In the 2018 season alone, Lindsey Vonn made $128,000. Lindsey Vonn also wrote a book titled "Strong Is The New Beautiful: Embrace Your Natural Beauty, Eat Clean, and Harness Your Power".

Lindsey Vonn's Home and Net Worth

Lindsey Vonn is selling her Los Angeles home for $3.65 million. She describes her 5,000-square-foot Beverly Grove house as the ultimate Zen retreat. Vonn now has a new four-bedroom, five-bath contemporary-style property, valued at $2.6 million. The house was built in 1937 and includes a swimming pool that flows both indoors and outdoors, a theater, an outdoor kitchen and barbecue, and a fire pit. 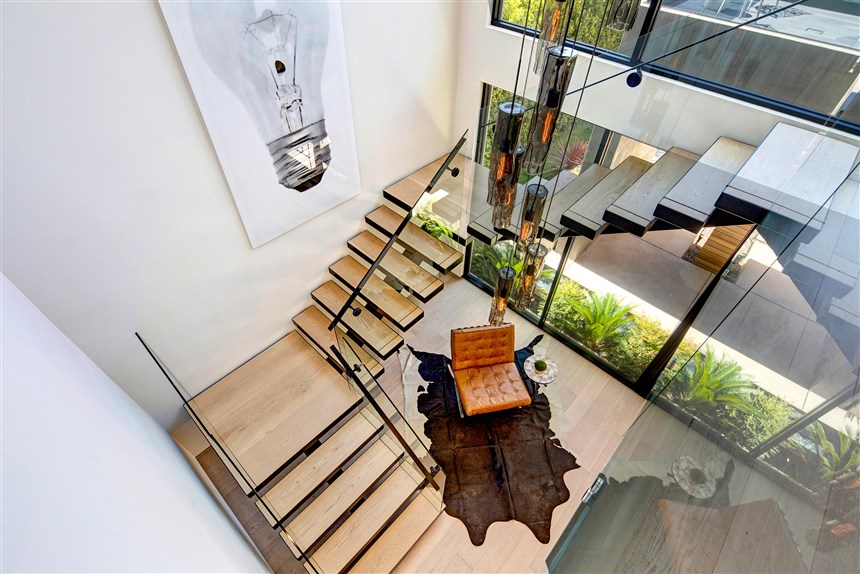 An aerial view of Lindsey Vonn's old house. She recently sold it for $3.65 million. 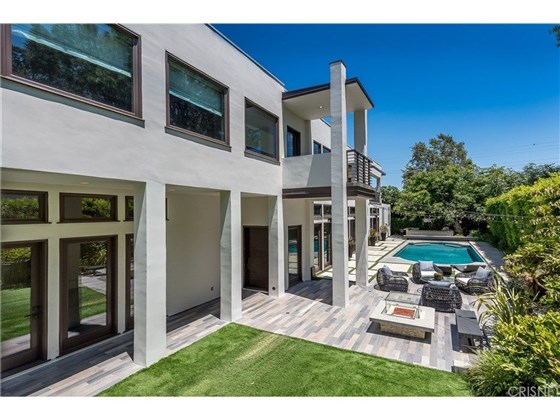 All of Lindsey Vonn's Awards

Lindsey Vonn trains a lot, but in order to be famous, she has to set aside some time for publicity. Whether it's posting on Instagram and Facebook or greeting at a book signing, publicity is important for most athletes. Competitions aren't every day, so it's easy for the public to forget about them. Vonn made time in 2010 to appear in the Sports Illustrated Swimsuit Edition of their magazine. She was completely nude and covered in paint. She does set aside time for public appearances and endorsements, but training still is the overwhelming victor in time consumption. Vonn trains six to eight hours a day and six days a week during the summer months.

In 2018, at the 2018 Olympic Winter Games located in Pyeongchang County, South Korea, 92 nations participated with a total of 2,922 (1,680 men and 1,242 women) people. The ceremony was officiated by President Moon Jae-in, the leader of South Korea. Norway led the 2018 Olympic Winter Games with their total medal wins at 39, followed by Germany with 31 and Canada with 29. Though South Korea did not reach the top in the medal count, they did break their own medal record with a staggering 17 medals. Lindsey Vonn tied for 6th in Women's Super-G, and she won the bronze medal in women's downhill for the United States of America. Vonn dedicated her Olympics races to her grandfather, a Korean War veteran by having his initials on her helmet. "Our family never gives up, and I never gave up. I kept working hard, and I'm really proud of this medal, and I know he [her grandfather] is too." She scattered some of her grandfather's ashes by the downhill racing course, stating: "I know that it would mean a lot to him to be back here, a part of him is in South Korea always."