Get to know Stevie Nicks 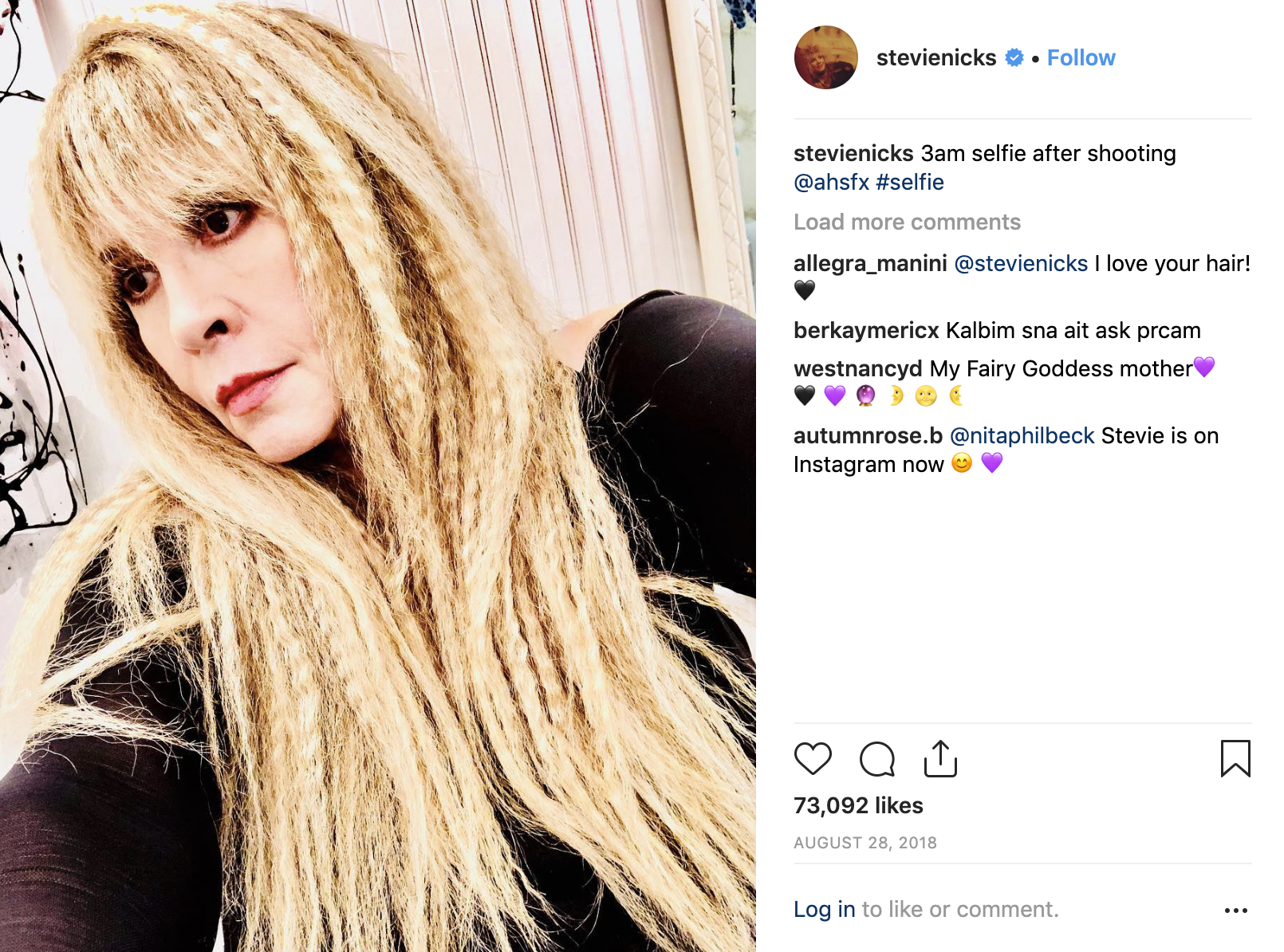 Stephanie Lynn Nicks was born on May 26th, 1948. She is an American singer-songwriter who is popularly called as the Queen of Rock and Roll. Nicks is gifted with a unique talent in music. Her numbers always topped the charts and she quintessentially had a very successful solo career. She is best known for her work with Fleetwood Mac. Her voice is quite distinctive and mystical. She has a very magnetic stage persona and her lyrics were very meaningful and poetic. She has managed to render 40 to 50 hit songs alone and as a member of Fleetwood Mac. She has sold over 140 million records, which made her one of the best selling music acts of all time along with Fleetwood Mac.

She had a great influence in fashion and musical performance during the 80's and 90's. Nicks has been named as one of the 100 Greatest Songwriters of All Time, and also as one of the world's top "100 Greatest Singers of All Time" by Rolling Stone. Stevie Nicks was inducted into the Rock and Roll Hall of Fame in 1998. She has claimed eight Grammy Award nominations and also two American Music Award nominations as a solo artist. She has won several awards with Fleetwood Mac, including a Grammy Award. Nicks joined the band, Fleetwood Mac in 1975 along with her then boyfriend, Lindsey Buckingham. 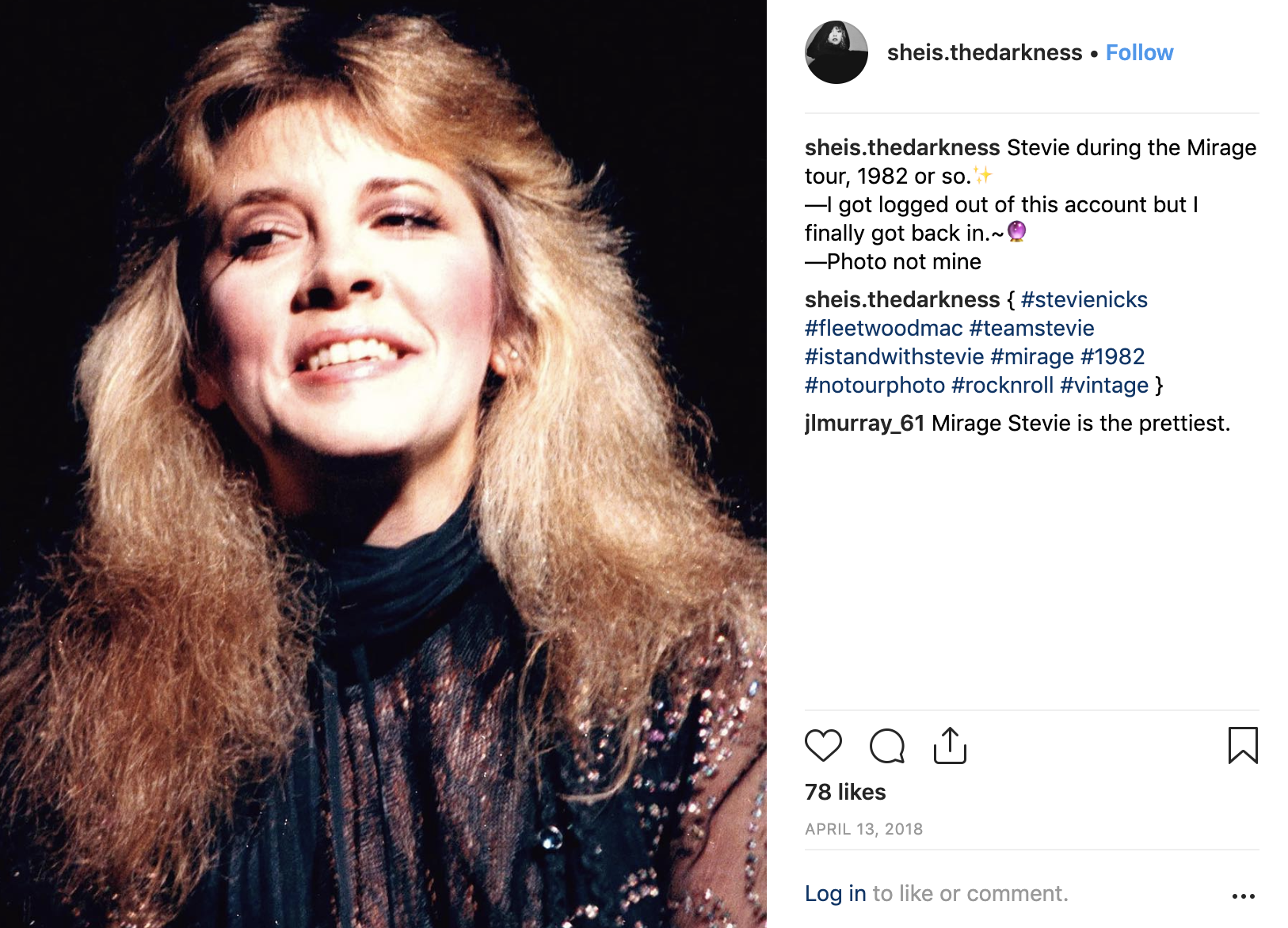 In 1981, while retaining her stand as a member of Fleetwood Mac, Nicks also began her solo career, releasing the album 'Bella Donna', which soon reached a platinum status. Her most recent album titled, 24 Karat Gold: Songs from the Vault, released in October 2014. There are numerous photos of Stevie Nick on Instagram and Twitter. Some of these photos date back to her early career and some are of her recent events. 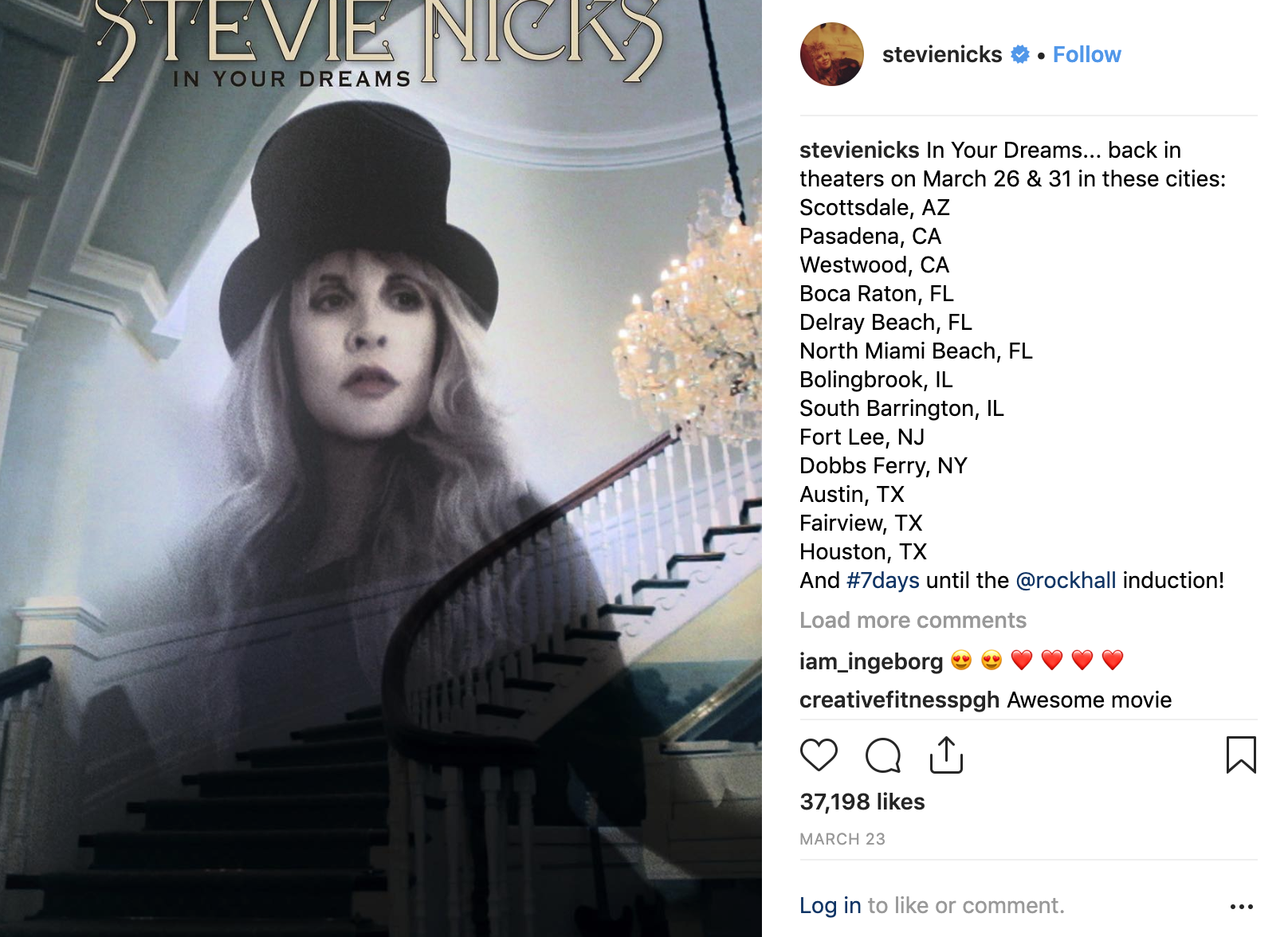 Several years ago, Nicks announced that she would never marry or have children since doing so might come in the way of her true calling. But the singer actually did get married for a short period of three months. She did not have any children of her own though from the marriage. She married the widower of her best friend.

The story of Nicks’ marriage dates back to 1981, when her best friend, Robin, was diagnosed with leukemia. While her best friend was in remission, Robin discovered that she and her husband, Kim, were expecting their first child. After the treatment, Robin’s cancer returned, however, and she discontinued treatment because she knew that she would die. “She knew that she was going to die,” Nicks says in the clip from 'Oprah's master class' where she detailed about her marriage for the first time in many years, adding, “and she wanted to leave that baby behind. She wanted something to be left from her.” 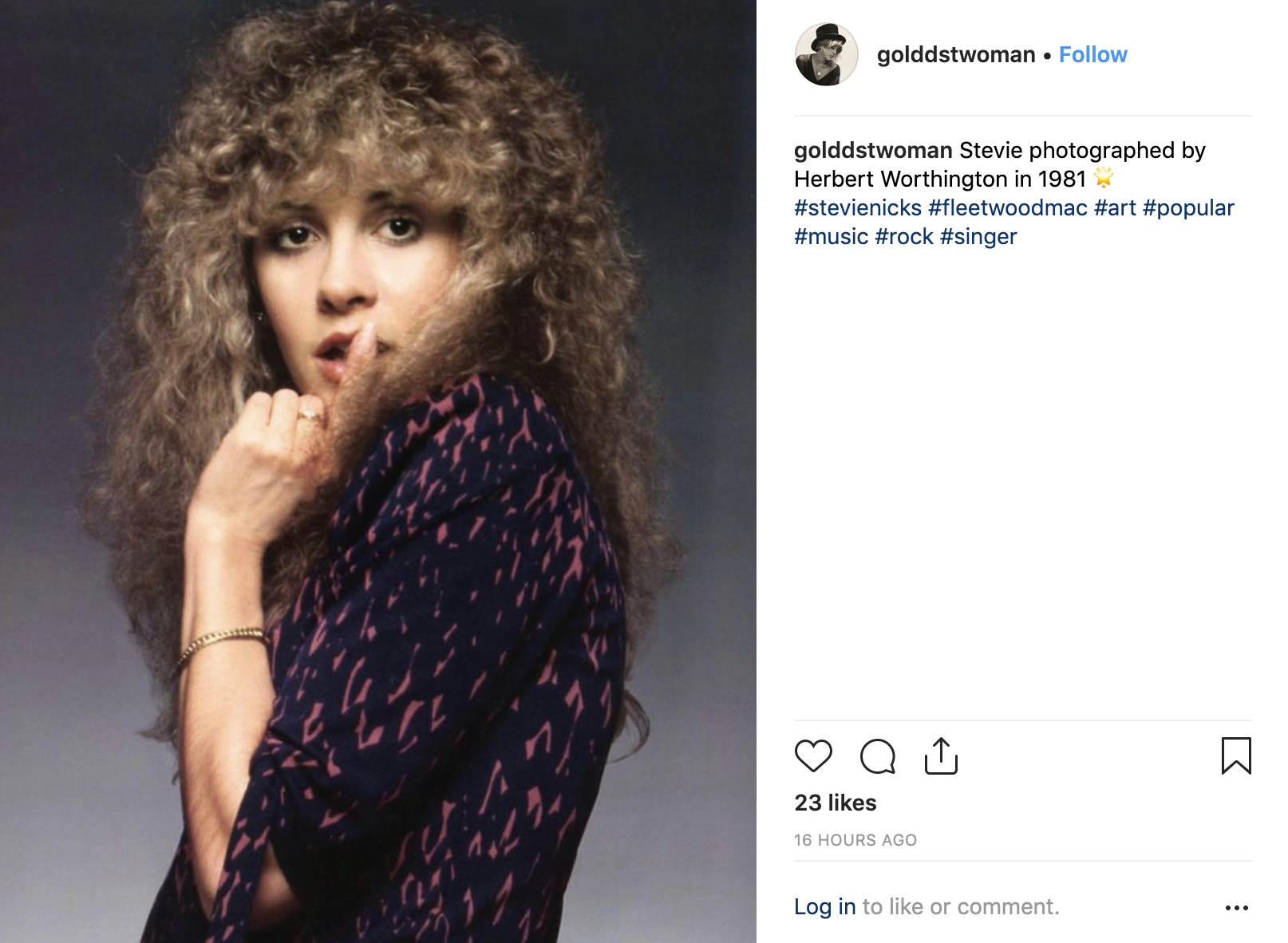 Robin passed away giving birth to her son, Matthew. Nicks was devastated by her death and the fact that she left behind her new born son. The grief sent the singer on a mission. “I wanted that baby,” she revealed in the interview, “I convinced Kim, and three months after Robin died, we got married.” Nicks said that she took that step thinking that it was what Robin would have wanted. But she soon realized that not many agreed with her decision. “It just blew up in our faces,” says Nicks — who now understands why others disapproved. “It was so the wrong thing.

To take Matthew and [Robin’s] husband was so beyond insane.” In the clip, Nicks also recalled that she used to feel Robin’s presence in Matthew’s nursery and that she told Kim that she wanted a divorce. Even till now, the bad decision of the marriage is something Nicks has trouble explaining. “Even… sitting here right now, [I’m wondering], ‘What were you thinking?’” says Nicks. “I wasn’t thinking. And that’s the story of my marriage.” 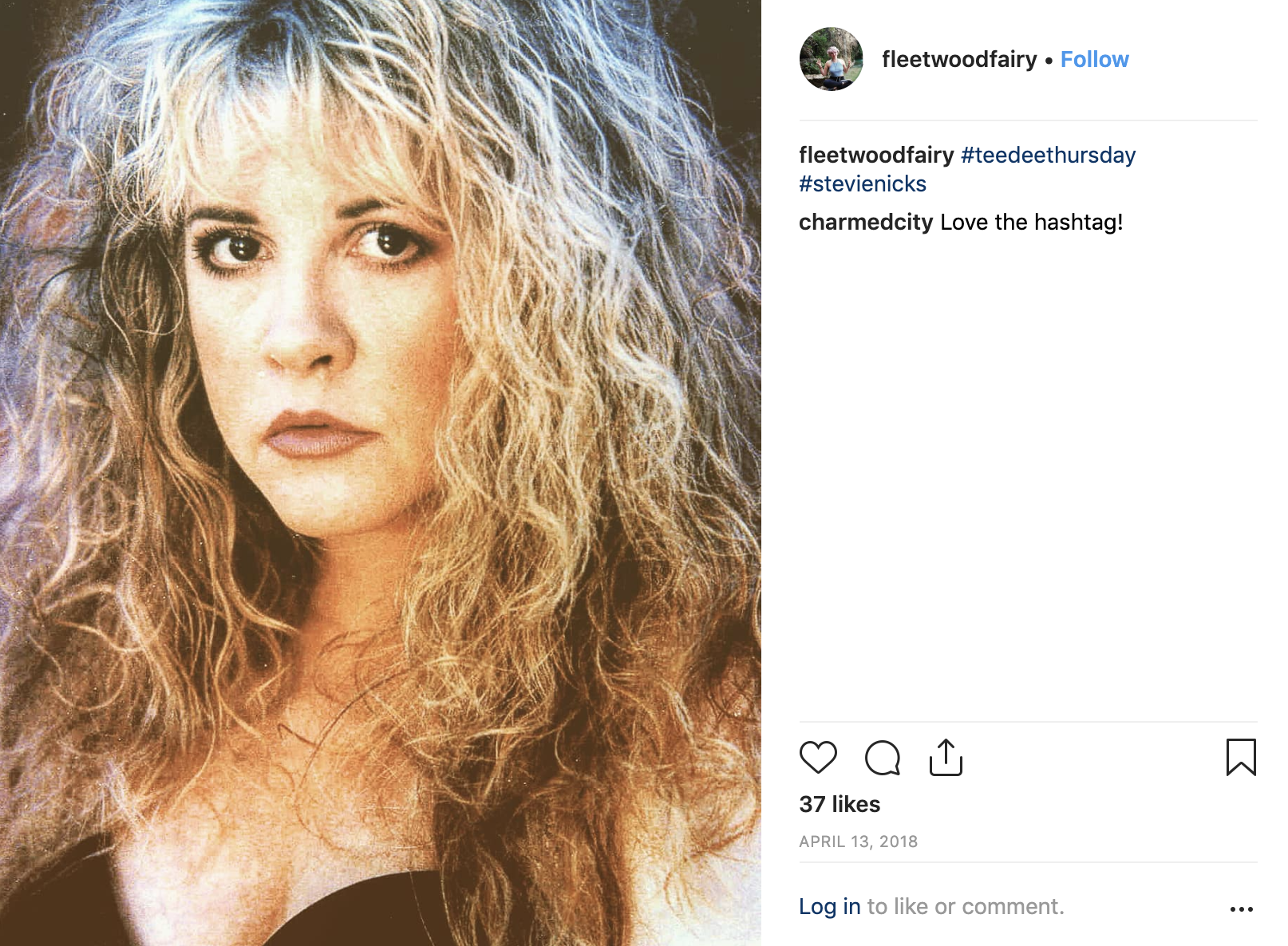 While in an interview with Nicks, we found out that inspite of having a life well lives, she has a regret. She regrets getting married to her best friend's husband. Although not much information is available about Kim Anderson, one thing is for sure, that they were not meant for each other and Nicks realized that soon after marrying him. Her best friend Robin Snyder's son, baby Matthew was born two days before she died of leukaemia. 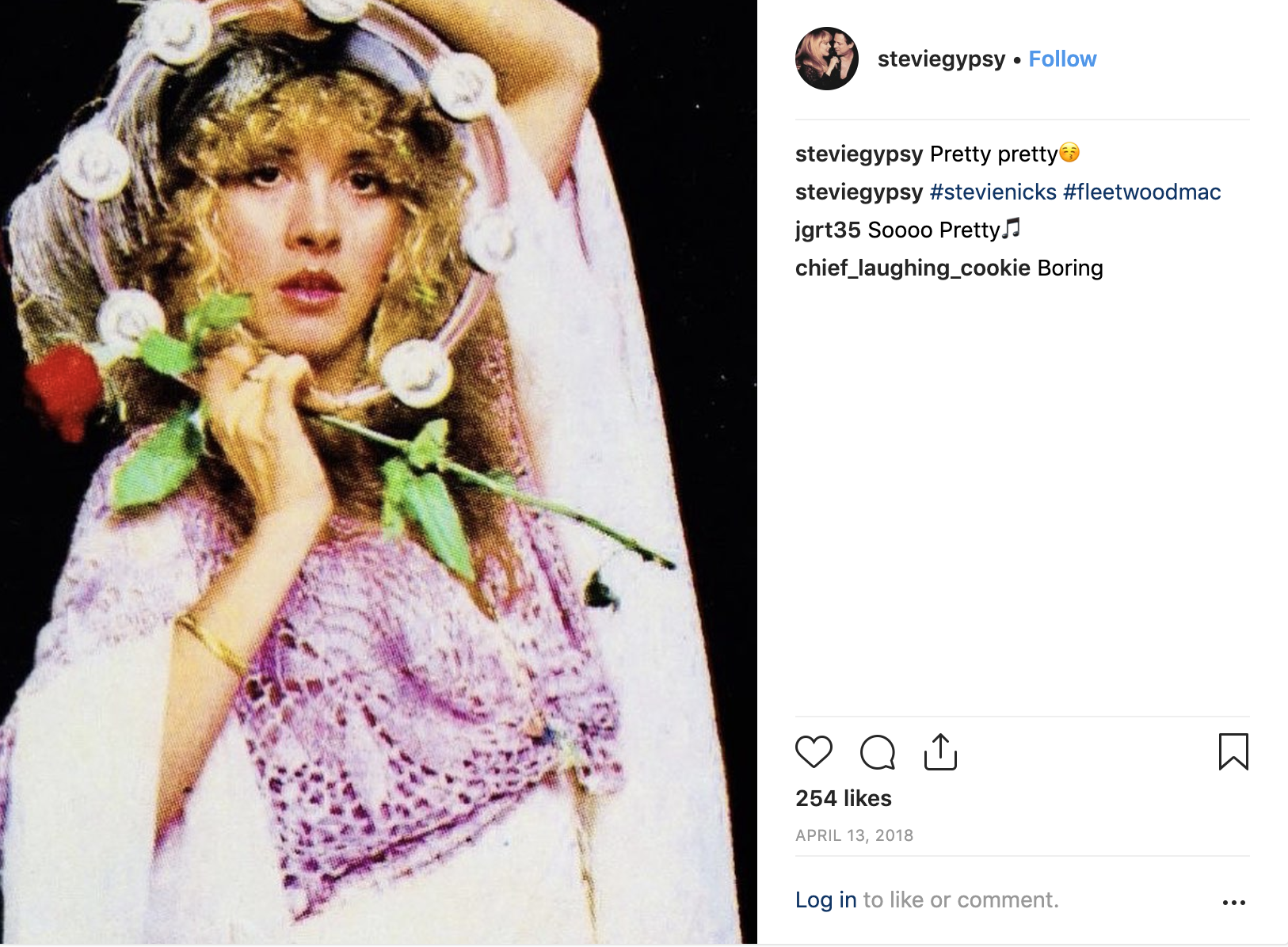 Three months later, Nicks and Anderson were married. "It was insanity," the 62-year-old says now. "Everybody was furious. It was a completely ridiculous thing. And it was just because I had this crazy, insane thought that Robin would want me to take care of Matthew. But the fact is, Robin would not have wanted me to be married to a guy I didn't love. And therefore accidentally break that guy's heart, too." She describes how she felt Robin's presence in Matthew's nursery and that Robin was not happy with the marriage, "One day when I walked into Matthew's room, the cradle was not rocking," she says. "I know that sounds crazy, but it was always rocking whenever I'd walk in, and I knew Robin was there. And one day it wasn't rocking and it was very dark and the baby was very quiet. And I said, 'Robin wants this to end – now.' I felt it as strongly as if she'd put her hand on my shoulder. It was absolutely a sign." She added. 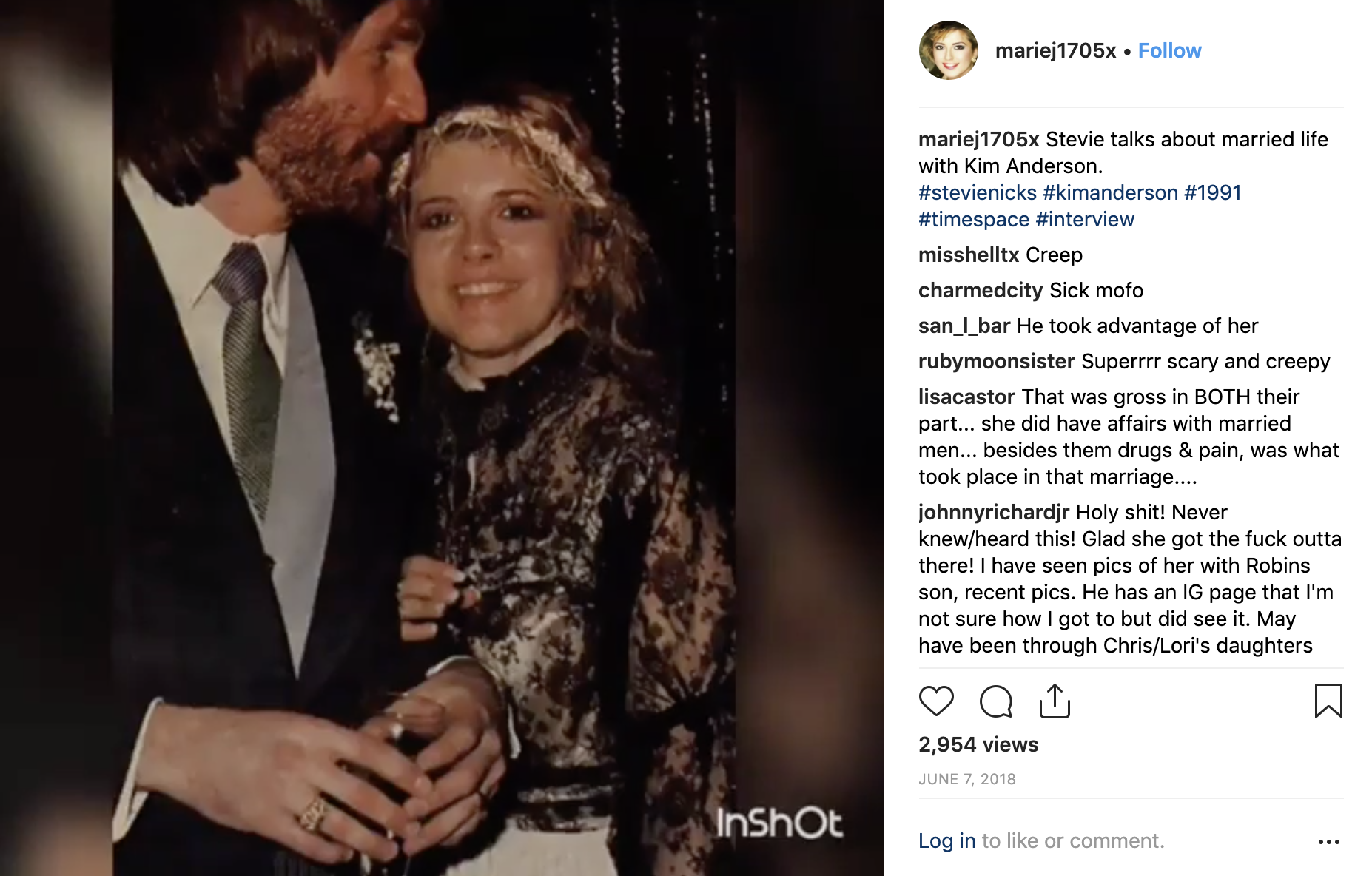 Nicks had visited her friend Snyder during her cancer treatment. "I was so high on coke. I'd drink half a bottle of brandy on the way there, 'cause I couldn't stand it. She was so sick. And she said to me, 'Don't come back until you're not high – don't come back into this place where everybody is dying.'" She later added, "So that was the Robin who would have said [of the wedding], 'You've lost your mind. What were you thinking?'" Nicks and Anderson divorced after three months of their wedding.