What Are Baby Showers? 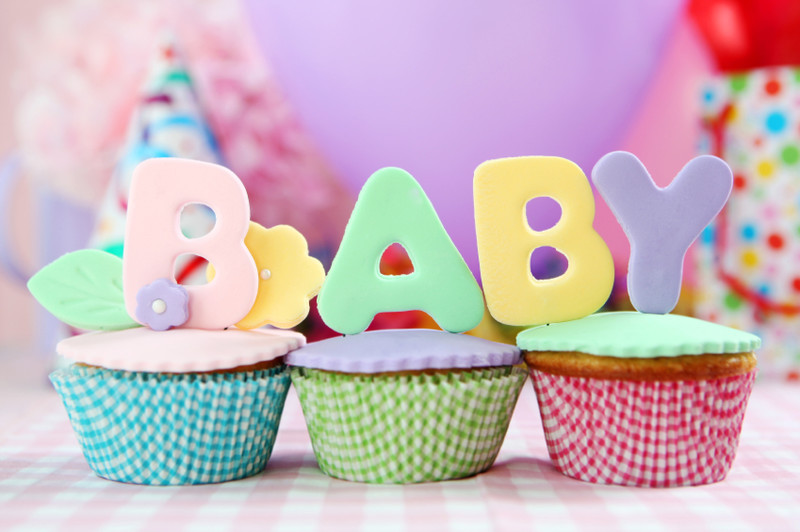 Baby showers are normally parties that celebrate the expected birth of a baby, or even the transformation of a woman into motherhood. Different cultures have different names for these essential parties all around the world. These parties are known as baby showers as the mom-to-be is showered with gifts by the guests attending. All the attention for that day is normally on the mom-to-be.

Traditionally, only women were invited to baby showers but this tradition is slowly changing with men being included in baby showers, which is known as coed baby showers. The gifts presented to the mom-to-be are usually those that a mother will need when the baby is born and they include gifts such as baby bottles, diapers, toys, baby blankets, pacifiers, onesies, soft stuffed animals, among others. 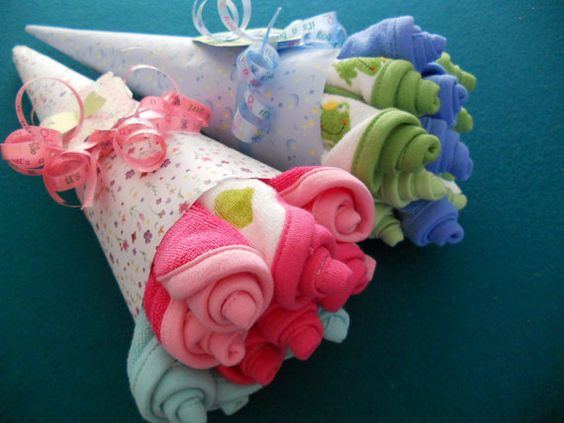 Celebrations regarding childbirth and pregnancies began a long time ago even though they were not referred to as baby showers at the time. In ancient India, for example, there was a pregnancy ritual which was known as Seemantha and took place on the 6th or on the 8th month of pregnancy. In this ritual, the expectant mother was presented with gifts such as sweets and dry fruits by the guests.

During the Renaissance period in Europe, guests gave the mom-to-be gifts such as paintings, wooden trays and sculptures while during the Victorian period in Britain, celebrations were not held until after the baby was born. Baby showers are therefore parties which are attended by close friends and family and that are meant to honor the mom-to-be as she prepares herself for the dawn of the sweet but challenging journey of motherhood.

Games with a modern twist that Daddies will enjoy

Even though coed baby showers are now common, they are still new concepts for men. One of the best ways of ensuring that men are enjoying themselves while attending coed baby showers is by introducing entertaining games that involve their participation. Below are some of the games which help men to loosen themselves up and join in the fun! 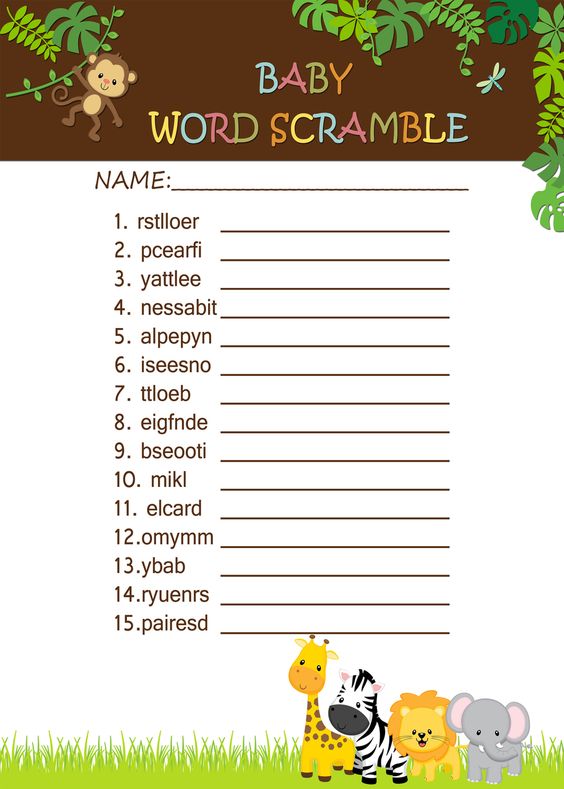 This game involves the coed baby shower host and the hostess scrambling the words of about 15 to 20 common baby items on a piece of paper. Each guest is then given the word list and a specified time to unscramble. The one who unscrambles most words in the shortest time frame wins!

Men are competitive in nature and this game gives them exactly that! Other than being fun, this game has other benefits which include improving the player’s intellectual capacity, building personal confidence, improving vocabulary and enhancing social bonding.

2. Battle Of The Sexes 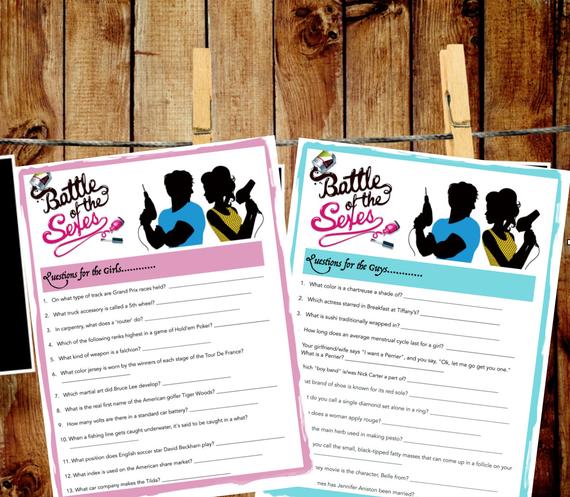 This is an exciting game of trivia that will help make sure that daddies are having fun. One advantage is that the moms are also not left out. All you need to do is to come up with a list of trivia questions that are baby related and have the men go against the women each group taking turns to answer those questions. The group that gets most questions correct wins the game, simple and very effective. 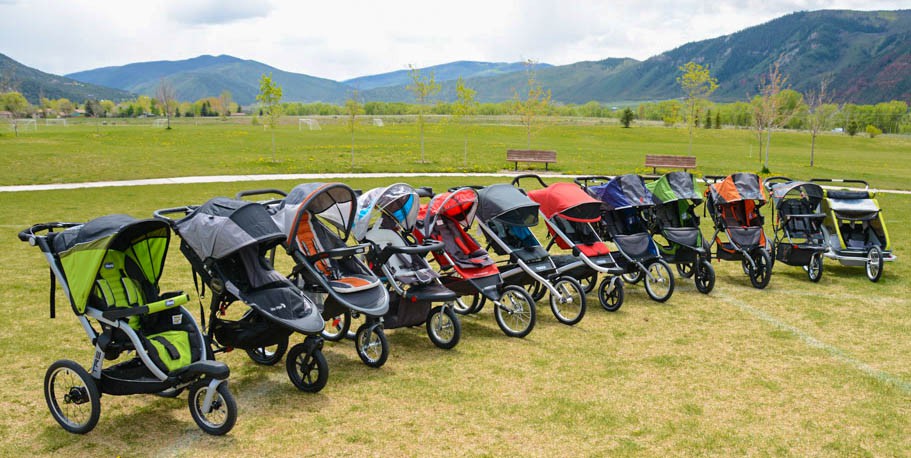 This game is perfect for a coed baby shower as it is full of excitement and activity. All you need is to ensure that the party has two or three baby dolls and umbrella strollers which will be used during the race. To spice things up a little bit, you can create some obstacles with household items at your disposal. Those who will navigate through the set course fastest without crashing the stroller, spilling the baby doll, or even running off course wins! 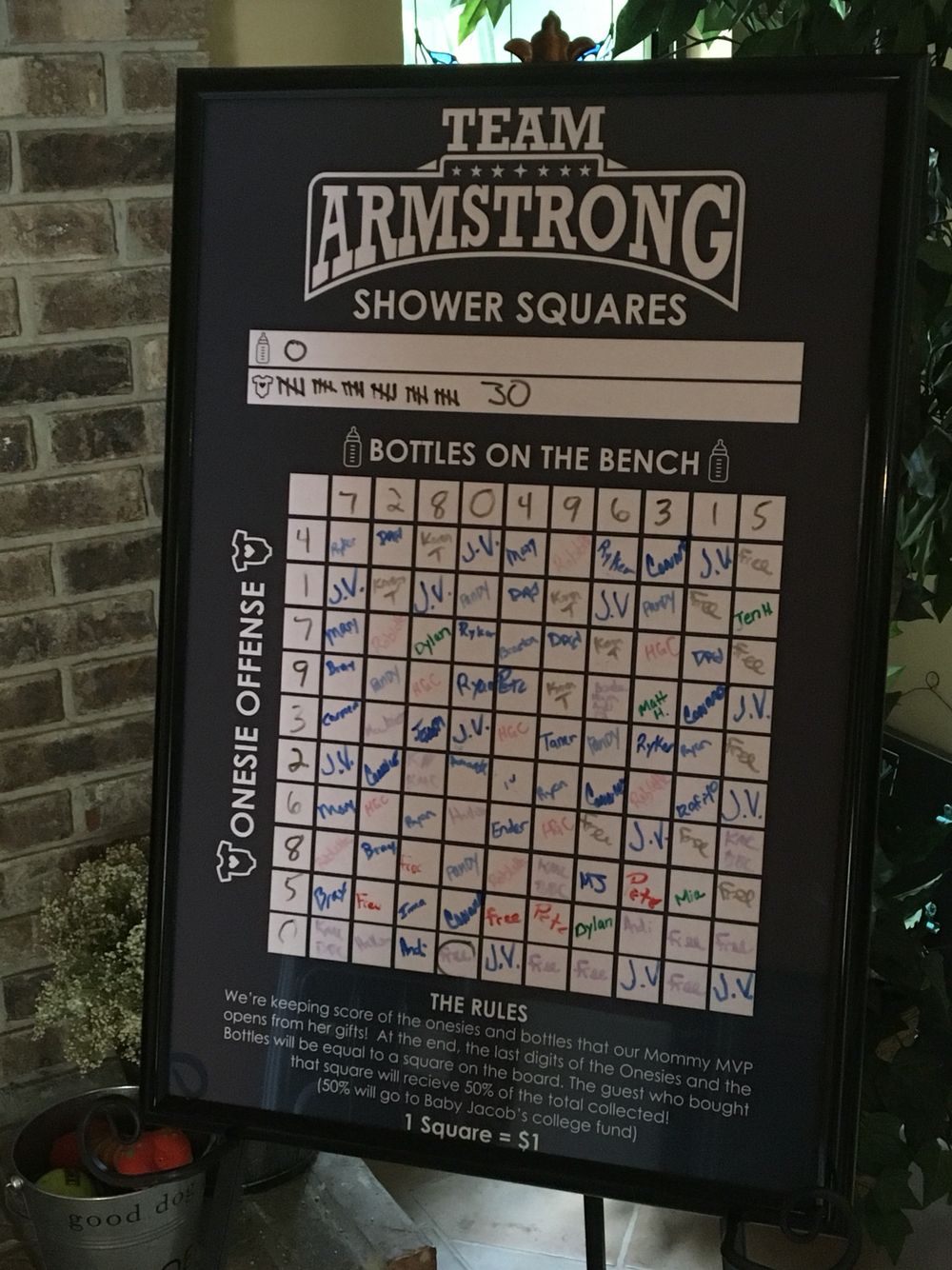 Men love this game! All you will need is to acquire shower squares printout after which you sell them for $1 just like a Super Bowl grid. The difference this time is that instead of betting on the point spread, the guests will be betting on things such as the number of onesies and pacifiers the parents will receive. After the gifts are opened the person who bought the two numbers intersect wins the pot. 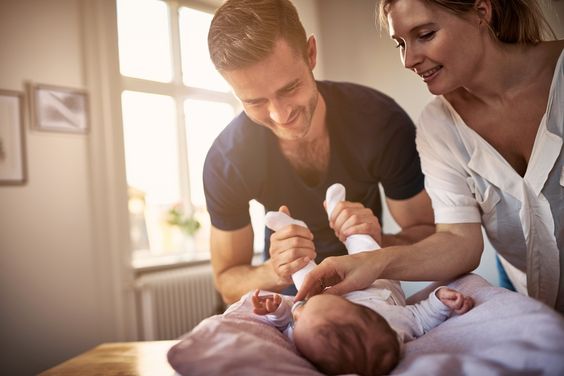 This is an ideal game for a coed baby shower as it requires the input of both men and women in attendance. It’s especially fun to watch the dad and the mom-to-be in action! When playing, the pair stands side by side with one individual being allowed to use only left hand and the other the right hand to dress a baby doll in clothing such as a diaper.

7. What’s in the Diaper? (Not for the faint-hearted men) 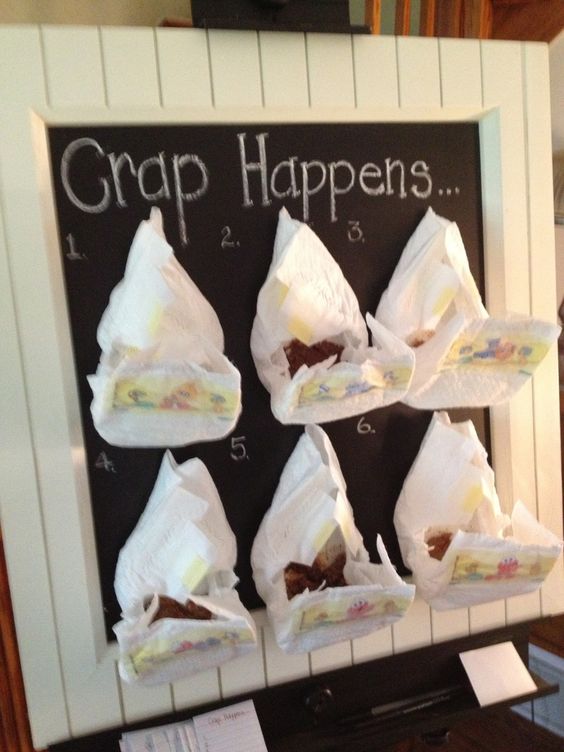 This game involves various types of chocolate being melted into diapers and the guests are blindfolded and made to guess which types of flavors are in the diapers by smelling them. Whoever has the most correct answers wins!

This game is not only fun but also provides a perfect opportunity for some of the baby items to be assembled. Participants are given toys which are dismembered and they are timed as they race to assemble the toys. Whoever assembles first wins the game. 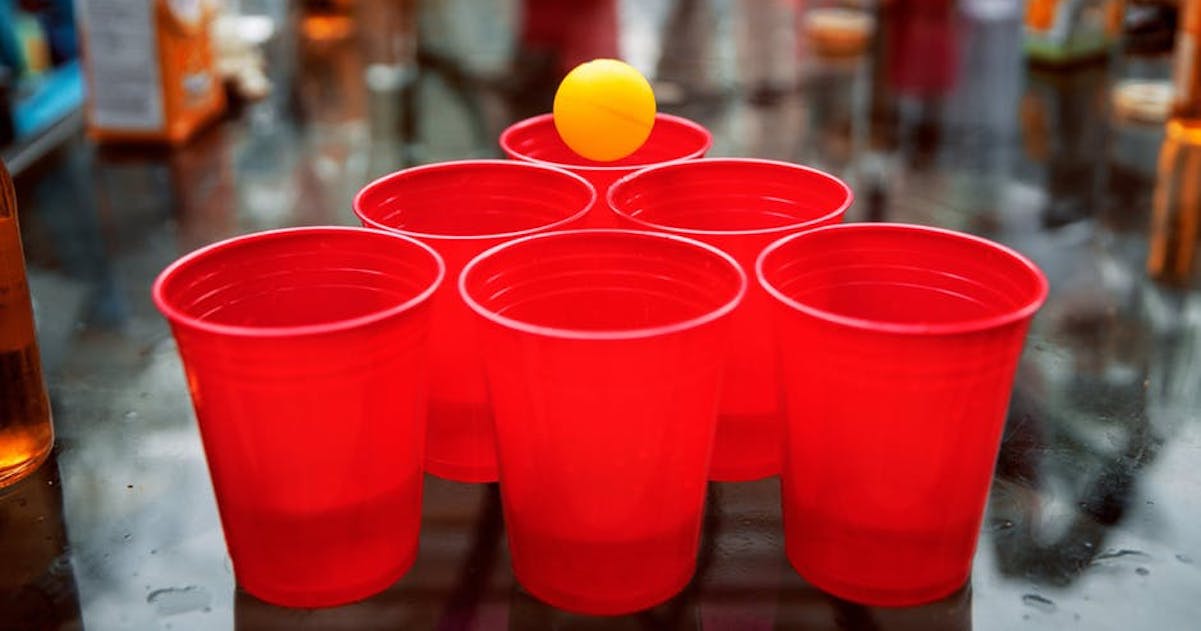 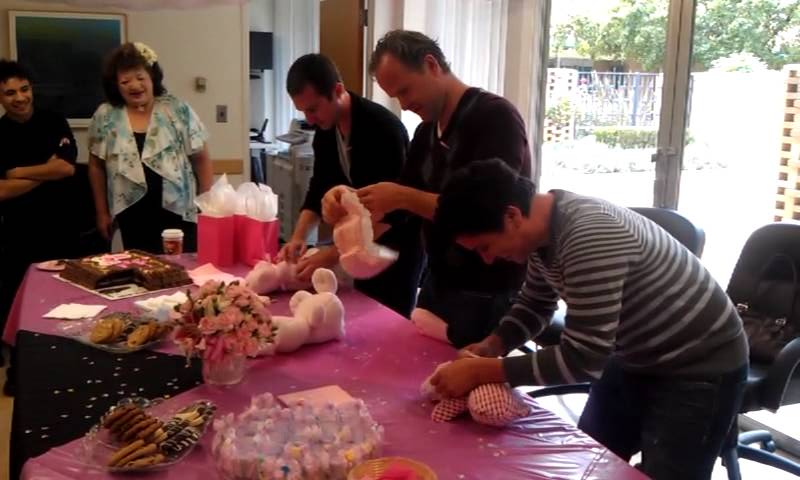 Diaper Olympics is a fun and a very competitive game. It involves two babies who are fully dressed and in need a diaper change. Contestants are divided into groups where the leading person takes the baby to the changing table where he/she has to change the diaper, wipe the baby, use baby powder on the baby and re-diaper the baby. The person the rushes back to the group and the next person has to do the same. Whichever team finishes first wins the competition! 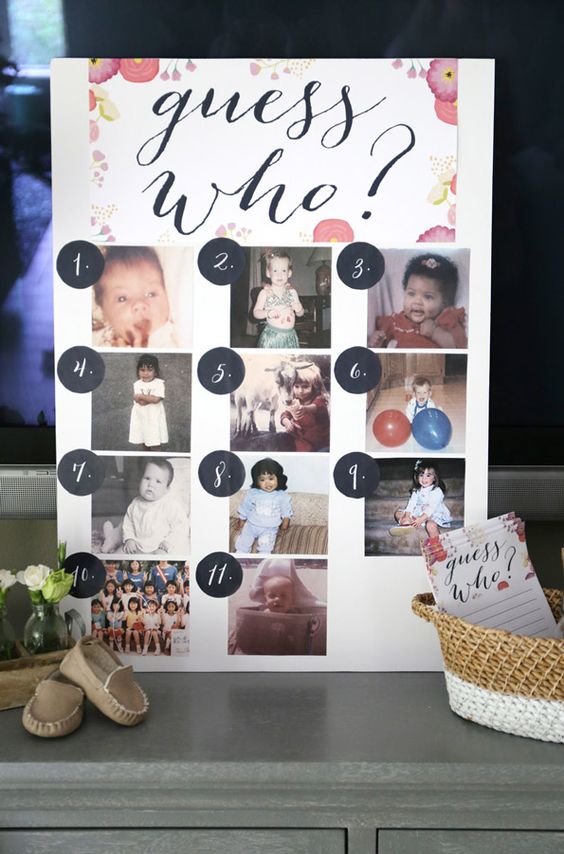 Days before the baby shower, request all your guests to send you baby photos of themselves. After you have all the photos, compile them and make it more interesting by adding other famous babies so that everybody can have a good time trying to guess who the cute kids turned out to be. 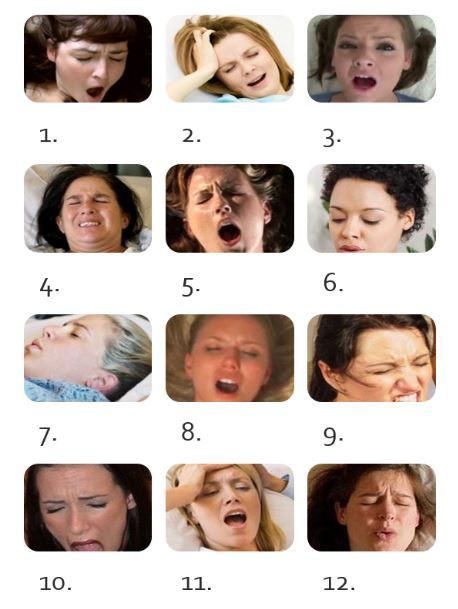 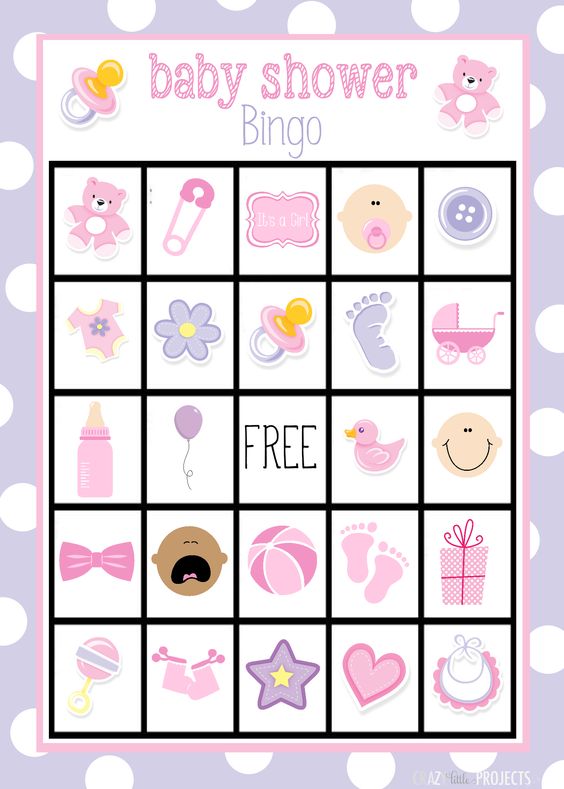 This game is suitable for a large group of people as its fun and easy to create. One way of spicing up this game is by personalizing the cards by adding popular baby shower gifts.

Games play a very crucial role in baby showers. They help to bring people together and to lighten up the mood of the whole party as baby showers can at times be boring and tense. Men can find it really hard integrating in this kind of parties as this is a new thing for them. Games help them to loosen up, which results in an amazing party. Baby shower parties give dads and moms-to-be a lighthearted start to a journey ahead.