It's only been two seasons of binging our favorite show Stranger Things and cast members Natalia Dyer and Charlie Heaton are a couple in real life, as well. If you're like me, you were stoked when Nancy Wheeler and Jonathan Byers finally hooked up on Season 2 of Stranger Things. What's cute about the on screen coupling, is they needed a nudge and were hilariously called out on their obvious attraction to one another by Murray, played by actor Brett Gelman. Gelman, as Murray brings one of the most fun odd ball characters to life, in season two of Stranger Things. The Duffer brothers clearly pay homage here to the X-Files, in both the whacky personage of Murray and his conspiracy theory behavior, tips the hat to that classic show. The couple are very private off screen and neither of their instagram accounts have excessive PDA at all. In fact, if you check their instagrams, you wouldn't even think they were a couple. The only hint that they are an item is a picture on both instagram accounts, of a close up on each actor's face and someone handing them an ice-cream. If you look at Natalia Dyer's instagram, the off-screen person's hand is male (that's handing her the ice-cream) and on Charlie Heaton's instagram, the off-screen hand is female (that's handing him the ice-cream). Not a coincidence to have matching images and subtle social media kudos to them both. Regardless of the epic success of Stranger Things, the best thing about working long hours on set with your boyfriend is that you both understand the life of an actor. So happy that Natalia Dyer and boyfriend Charlie Heaton are so compatible on screen and off. The only road bump in their romance was Charlie being detained at LAX in October for traces of cocaine residue being sniffed on him by the drug dogs patrolling LAX. The incident resulted in Charlie missing the premiere of Stranger Things, season 2. He has since returned to the UK and it's unclear if he can enter the USA until the matter is resolved. Here's hoping that the issue was just a misunderstanding and the actor will be able to resume his role, much-loved older brother Charlie Heaton for Season 3 of Stranger Things. The issue certainly hasn't slowed the love-affair and Natalia Dyer stands by her boyfriend, flying to the UK on and off, to be with him. Super sweet. We wish them the best.

“My planned travel to the U.S. last week was affected by an issue at U.S. immigration, and I am working to rectify it as soon as possible. I do want to clarify that I was not arrested or charged with a crime, and cooperated fully with the U.S. officials at LAX. I’m sorry to all the fans and my Stranger Things family for missing the premiere. We are all so proud of this season and I would never want this story to negatively impact the show.”

Charlie Heaton on his being detained at LAX in October 2017 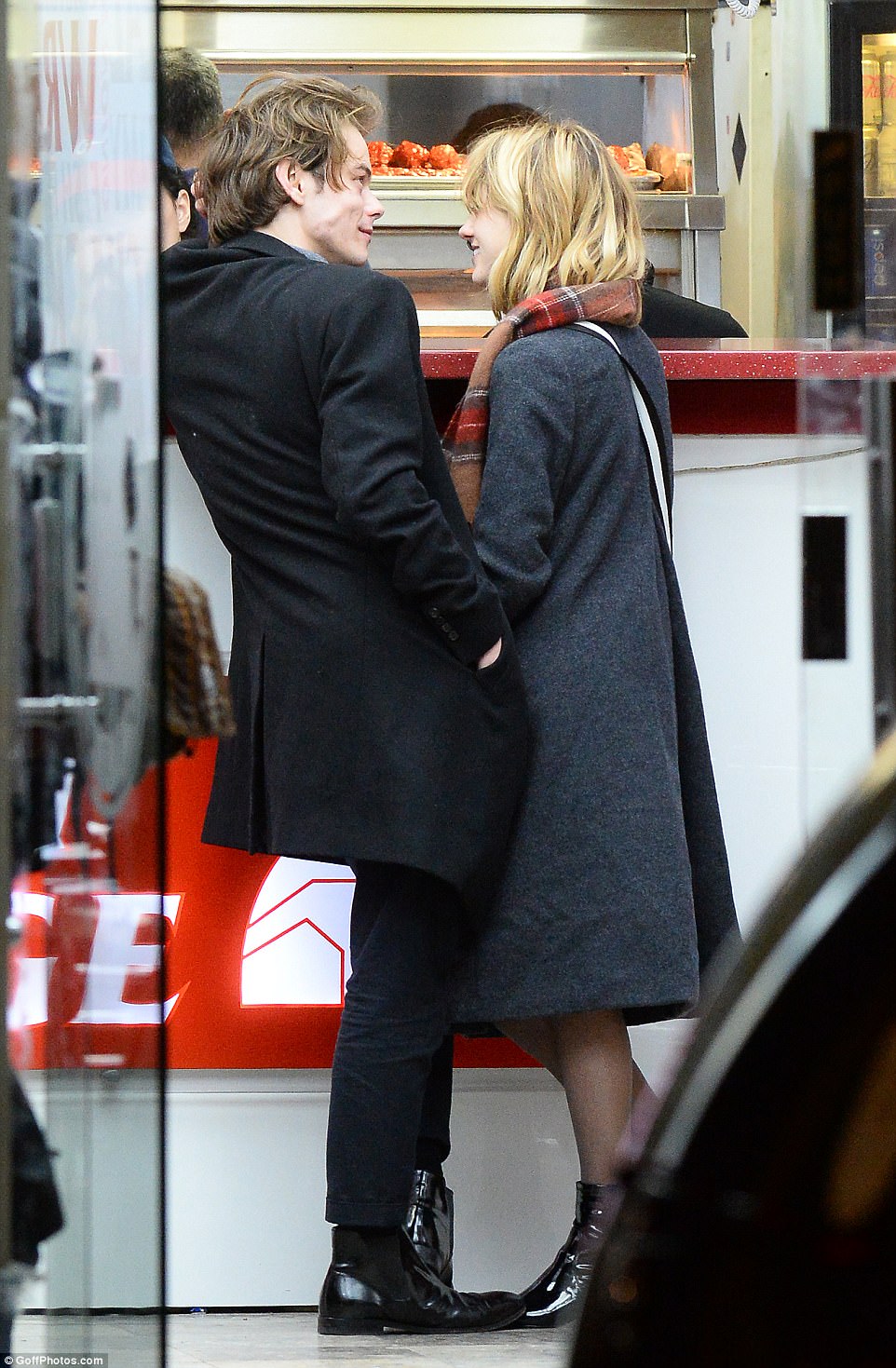 Charlie Heaton, Natalia's boyfriend, was busted and deported from the US and sent back to the UK, in October 2017. This caused Charlie to miss the Stranger Things red carpet and premiere. It is unclear whether Charlie will be allowed back into the States after traces of cocaine were found on him. In spite of the drama; Natalia Dyer stands by her boyfriend and they are still in love. 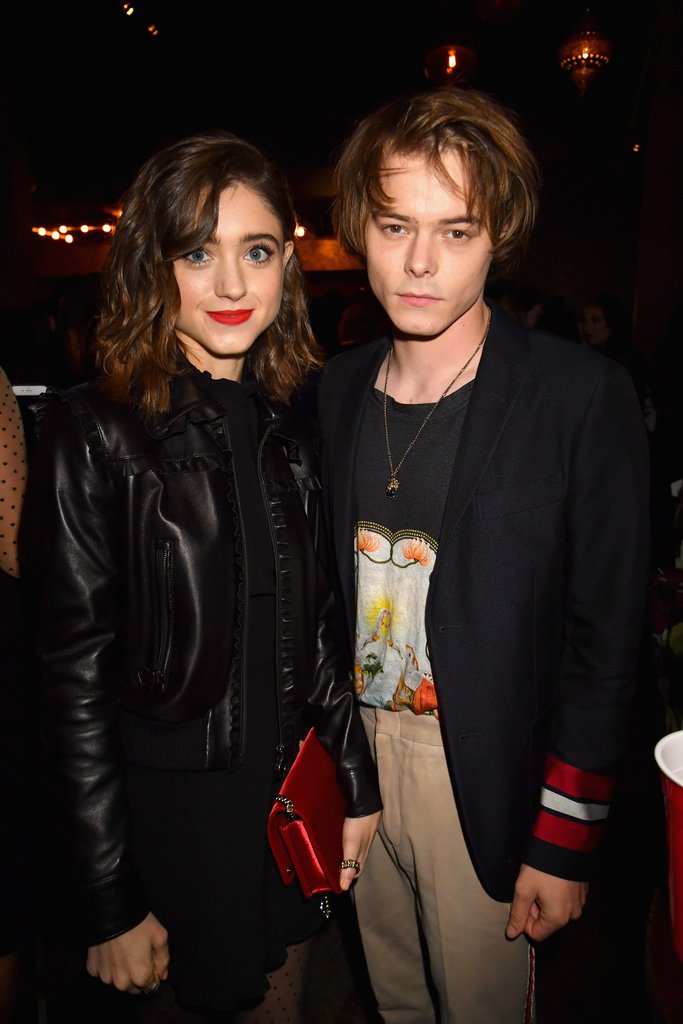 It's a love match with co-stars Natalia Dyer and Charlie Heaton. Since meeting on the set of Stranger Things - it's official! The cutest new couple are in love off-screen and we couldn't be happier for them.

If you've never seen this skit Natalia Dyer did with her boyfriend Charlie Heaton and Joe Keery, it's a must-see. It's nice to see that the cast of Stranger Things have fun with each other off set. With the popularity of the show, they are in for a long-term experience as Stranger Things has been greenlit for Season 3.

In her first performance ever, Natalia Dyer got to go bats for someone other than Steve Harrington or Jonathan Byers on Stranger Things. The young actress went crazy for Miley Cyrus in 2009's Hannah Montana Movie. Totes adorbs.

There's nothing better than seeing the career of a young actor progress from its infancy to full fruition. Natalia Dyer is a prime example of a young starlet treading the boards for a few years and now, with Stranger Things, playing the sometimes wayward teen Nancy Wheeler, rocketing to success. 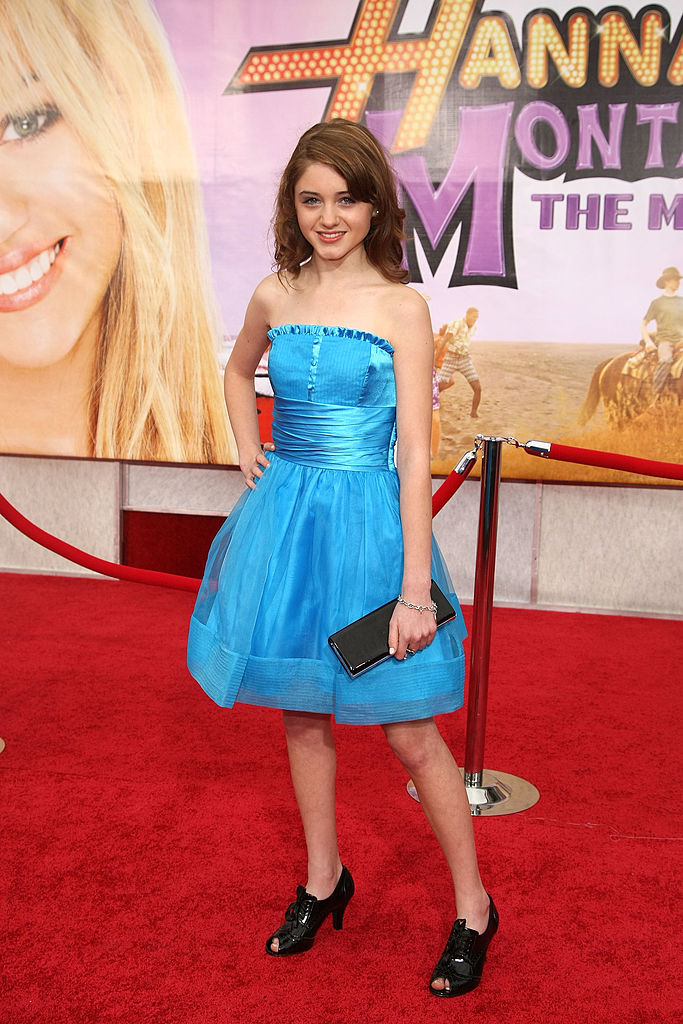 To get a role in Hollywood, it can take years to catch a big break. Stranger Things actress Natalia Dyer got a huge start in her acting career, playing a small cameo in Hannah Montana and she's never looked back. Not bad for a 12 year old prodigy.

Natalia Dyer is a southern girl at heart. She was born January 1997 in Nashville, Tennessee. A natural progression for her was to co-star alongside her idol Miley Cyrus in Hannah Montana, in 2009. Dyer has starred in the numerous movies since her movie debut, racking up starring roles in The Greening of Whitney Brown, Blue Like Jazz, Don't Let Me Go, I Believe in Unicorns, After Darkness, and Long Nights Short Mornings. That's quite a lot of screen time behind her before booking the role of Nancy Wheeler on Stranger Things. Things just keep getting better for Natalia Dyer and the entire cast in the breakout hit, with the nomination for Outstanding Performance by an Ensemble in a Drama Series, in 2017. Looks like the country girl made good in the big city. Keep it up Natalia. We can't wait to see what Nancy Wheeler does in Stranger Things, Season 3.

Natalia Dyer's Net Worth Is Climbing

For a 19 year old actress, Natalia Dyer is certainly padding her bank account, thanks to Stranger Things. Her net worth is estimated at $2 million. This is one young lady who deserves the success, after working steadily since she her 12 year old debut in Hannah Montana in 2009. Not many teenagers can claim a net worth in six figures. Since her father is such a great influence on her, she most likely will keep her head on straight and invest in building her net worth further with all opportunities she continues to create for herself in Hollywood.

With Stranger Things as a calling card, Natalia Dyer has flown into the rare echelon actor's covet: a quote. Her quote for TV and film has certainly been a byproduct of being a star on a hot TV show like Stranger Things and Natalia Dyer is also an "offer only" status actress now. Basically, before preparing for any role, production companies must make a firm offer to the actress before she will consider looking at the script. Not bad for a newly minted success. Way to go.

Thx to this team for a fun @roguemagazine shoot this morning 📸✌️

Actress Natalia Dyer is aware that her character Nancy Wheeler will make some choices in season 2 of Stranger Things that viewers will find annoying. But, Nancy Wheeler has really been through a lot in both season 1 and 2 of Stranger Things and will also sympathise with the teenager being torn from time-to-time - after all, these characters are kids and only human. They can't be perfect because the world they live in isn't. Also, audiences should remember that it is Nancy Wheeler AKA Natalia Dyer who makes sure that Barb gets justice! She pushes for it. Bravo lady.

"I don’t know if fans will like Nancy this season, just because the decisions she’s making aren’t completely flattering."

“I think we’re coming into all these characters dealing with the very crazy, supernatural, very quick trauma, and I think, in a way, that it forces you to grow in your relationships, therefore grow and change."

Natalia Dyer on the love triangle on Stranger Things 2.

Nancy Wheeler definitely had much more screen time this past season of Stranger Things. Not only does she crusade to get justice for Barb, but she and the kids whup some serious ass in the upside down. The best moment, by far was the prom scene when Nancy Wheeler, tenderly played by Natalia Dyer, gently steps in to be the heroine to Gaten Matarazzo's Dustin, when she asks his character to dance. She's like the hot big sister being really cool to the sweetest nerd you will ever see: Dustin Henderson. It's indicative of how close the bond is between all the characters in season 2 of Stranger Things and it's apparent with the older kids really stepping up to mentor the younger ones at the prom. And that's game, set and match to Natalia Dyer aka Nancy Wheeler, the Duffer brothers and the entire cast of Stranger Things, season 2. Roll on 2019.

" I do think she has a strong moral compass, and when she thinks something is right, she goes after it. She made that decision [to pursue justice for Barb] with confidence. I think she’s headstrong in that way about getting to the bottom of it, and she’s reckless in the sense that she’s not thinking through all the consequences of what might come after, but it was a lot of fun to play that and to get into that, to burn that lab to the ground."

Natalia Dyer is in the prime of her youth and on the top of the acting heap in Hollywood. Dyer appears to be just as conscientious as Nancy Wheeler in real life and there is nothing stopping her from achieving all her childhood dreams. It's also going to be exciting to see what the Duffer brothers come up with in 2019 for Nancy Wheeler to do. This past season saw her really step up to the challenge, becoming a champion for Barb, dance partner to Dustin Henderson and a bat-swinging rosie the riveter in the upside down. The actress stretched her acting chops and her physicality improved along with her character, which is a great stepping stone for anything goes in Season 3. As the clock turns; let's champion HER cause and cross our fingers for her to live a full, happy and successful life both in and out of Hollywood.

"Nancy's level of engagement in monster-hunting activities, swinging a bat and swinging a gun, are things I also never do, so as she was starting to do them, so was I." 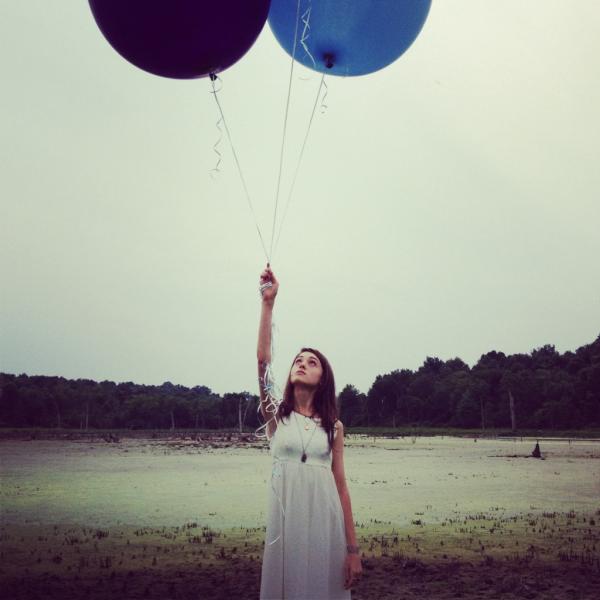 The only limits are the ones you impose upon yourself or allow from others. Natalia is a rare bird in Hollywood - a deep thinker, well read and taught by her father to "question everything."