The LGBTQ + content that Netflix offers nowadays is wide, even with its own tab that invites us to see each of its films, documentaries or series of renown and worldwide recognition. The normalization of this group has led to the industry and users demand more and more this free love uncensored. The message is clear: We are all the same and with a click, we have a rainbow that looms on the horizon or small screen, let’s say. For that reason, the giant Netflix knows what should be done and gives a good account of it with titles like the ones we will offer below: 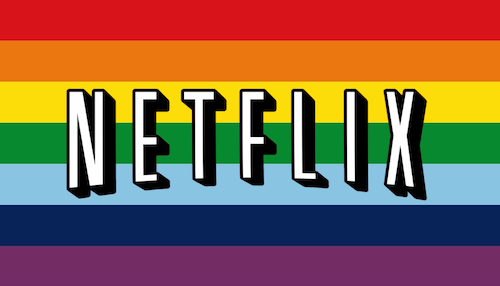 If you are interest in watching a TV show where the main character or characters are LGBT, check out any of these 3 series:

We can’t miss RuPaul on this list! The first fictional project of the 'drag queen' RuPaul is a comedy in which the artist herself plays Ruby Red, a 'drag' anchored in the past who now travels throughout the United States in an old caravan with AJ, an 11-year-old girl who does not find her place either. Together they embark on a journey by career to get a message of love and acceptance across the country. Although we are anxious to see it, Netflix has not yet confirmed the release date, so we need to keep an eye on this masterpiece!

Despite being a science fiction series, written and directed by the Wachowski sisters, creators of the Matrix, it has become an icon of the gay community. In this series, love has no gender; One of the main characters is Nomi Marks, a transsexual hacker who seeks to save his sensible brothers with the help of his girlfriend and who must constantly endure the rejection of his mother. The other character is Lito, a Mexican actor who for years hid his partner and his sexual preferences to achieve fame. One of the most important scenes of the second season was recorded during the gay pride march in Brazil. On June 8, the final episode of Sense8 on Netflix was released, so it’s time to go see it and catch up!

3. Orange Is The New Black

The Netflix prison series shows the story of several women, including several lesbians who have committed all kinds of love follies. Piper Chapman, the main character of the series, despite having her heterosexual partner is constantly attracted to Alex Vause, with whom she had a dangerous, fiery and fleeting romance. In the Litchfield prison, there are also other homosexual relationships, which have a leading role in different chapters.

If you don't wish for a series that is only focused on LGBT, but you do want a little focus on the topic, check these 3 shows out:

Teen series are beginning to have much prominence in streaming platforms like Netflix. After the success of some of them, such as Elite or Stranger Things, the American giant launched on January 11, 2019 Sex Education. The protagonist of this new series is the son of a renowned sexologist and, although he is a virgin, he becomes a sexual guru in his institute, where he opens, together with a classmate, a clandestine office. A seemingly ideal series for teenagers, where they will learn to discover their sexuality in a comfortable and safe way. It is not LGBT exclusive, but it does treat some topics on this community and shows characters that belong to it.

If you have not seen this series, run to do so right now! I mean, literally everyone saw it, so you don’t want to be missing out. Although it touches very crude issues such as adolescent suicide, rape, drug addiction, and bullying, the LGBT issue is present in some subplots. Teenager Clay Jensen (Dylan Minnette) returns home one day after school and finds a mysterious box with his name. Inside he discovers a tape recorded by Hannah Baker (Katherine Langford), a classmate for whom he felt something special and who committed suicide only two weeks ago. In the tape, Hannah tells that there are thirteen reasons why she has decided to take her own life. That’s the main plot, but many other characters are part of the LGBT community and they represent the American LGBT teenager life in high school.

This show is one that we surely love! The Alvarez is an American-Cuban family that is immersed in the typical conflicts that arise when three generations coexist under the same roof. Penelope Alvarez, the protagonist, is a newly divorced woman with two children who she reaps with the "help" of the grandmother and a friend of the family. The woman tries day after day to control a home full of revolted hormones, and thus, several sexuality and identity problems, which include LGBT questioning. You need to check it out!

Reality TV is so entertaining, and knowing that it is actually true makes it so much better. Why not combine Reality TV and the LGBT world? The result: an amazing couple of fun and entertaining shows! These are our favorite:

This competition shows the renowned Ru Paul looking for the next big star of transvestism. The participants must do an impeccable performance in which they see themselves as a true American diva to stay in the program. Only one can be the final winner. Currently, 9 seasons have been aired, so you have a lot to watch!

The program shows five gay men, each specializing in a subject, who help a heterosexual to change their lifestyle. The series will make you laugh and shed a tear once in a while, but it is extremely entertaining!

Documentaries also tell real-life stories that can inspire anyone depending on the situation. In this case, we give you the 2 best documentaries on the LGBT community. Definitely worth the watch!

Madonna's Blonde Ambition concert tour was one of the most important in her career. This documentary shows how life has been for the dancers who participated in that iconic tour and how is their relationship with the queen of pop today. Strike a Pose talks about their lives as homosexual men, the death of one of the dancers due to AIDS and the neglect of the media towards them. Such an inspiring and emotional journey!

10. The Death And Life Of Marsha P. Johnson

Called the "Rosa Parks of the LGBT movement," activist Marsha P. Johnson was found dead in 1992 by authorities in the Hudson River, in what was quickly called by them as suicide. However, friends and members of the community noticed many discrepancies, so the activist Mariah Lopez also fought for the case to be reopened and investigated as a homicide.

The death and life of Marsha P. Johnson follow Lopez's odyssey to do justice, to which it shows the important legacy of Johnson in the search for recognition and equality of the gay community nowadays.

Bonus: 2 other LGBT TV Show on other streaming platforms

We are also going to recommend 2 other LGBT TV Shows for my friends out there that don't have Netflix. Check them out:

The Ryan Murphy series aired through HBO has made history by being the first to have so many transgender actors and actresses in leading roles, and of course, the viewers deserved a second season. The series created and directed by Ryan Murphy focuses on showing the viewer the LGBT + subculture of the late eighties. The "ball culture", the struggle for equality of transgender people and the fear of contracting HIV are the central themes of this series. A definite must watch!

Much has been talked about Batwoman long before the series began shooting. Although there is still no release date, we know that 2019 will be a year full of bats. Kate Kane, a woman highly trained to fight in pursuit of social justice is thrown into the streets of Gotham to fight against the crime that ravages the city. In addition, she is openly lesbian and has the ability to always say what she thinks. At the moment, they are analyzing the pilot chapter, before finishing the series. Hopefully the CW chain gives the go-ahead to enjoy this series that promises soon! Stay tuned!

Related Article: Celebrate Pride Month with the10 best LGBT books for YA 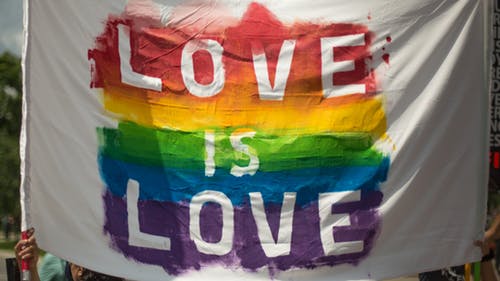 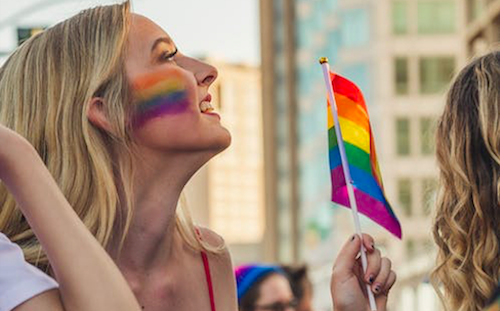 Now that you have this long list of LGBT series you need to watch right now, run to your TV and have a long marathon day or night for yourself or your friends! You will love any of the series we recommended today, so start by the one that looks more appealing to you, and if you finish it, keep going to the next one! Have fun!