Social media is an amazing platform for any person out there who wants to promote their business or exhibit their skills. Here, we are going to discuss in detail a prominent American TV personality – Liz Wheeler.

She is a host (Tipping Point), a writer and a permanent member (Board of Zoning Appeals) and a social media manager (RecruitMilitary). It seems that she has got pretty much up to her sleeves. She is known for being strictly vocal over different issues that are linked with the liberals.

Who is Liz Wheeler? 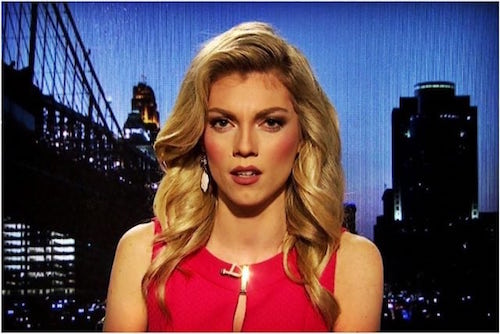 Her Birth, Education, And Rise To Fame

Liz Wheeler was born on the 12th of July, 1989 in Ohio, the United States and she became famous for serving as a host on ‘Tipping Point with Liz Wheeler’ that is broadcasted over a Californian TV network called One America News. She is also a co-author of the book 'Young Conservative and why it is Smart to be like us'.

Wheeler has done a Bachelors's in the field of Political Science from Penn State University. At a very young age, Wheeler became the voice of several young Americansbelonging to the rightwing. Nearly millions of people have viewed her videos especially the Final Point episode, which was an intense finale episode that paved way for getting to her talk show. 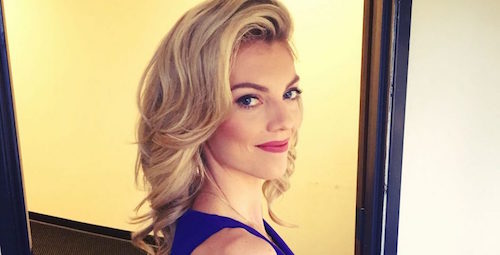 Wheeler became a part of One America News Network in September of 2015 right after TomiLahren went away in August. ‘Tipping Point with Liz Wheeler’ revolves around current events and different political issues. She often has political guests from opposite political backgrounds on her show. Wheeler is seen targeting liberals and liberal ideas and even endorses conspiracy theories. Quite tough isn’t she? 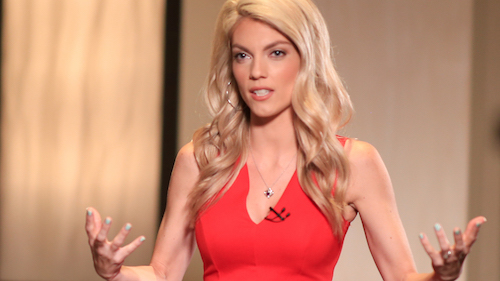 Liz Wheeler is a strict Catholic and carries the notion that there is an ongoing war on Christianity. She clearly states Christian faith is under attack from people who criticize Christianity and that can harm the Christian faith. She once stated that:

‘The reason why we need a religious liberty task force is because of people of the left. People who think that their views and their religious decisions are somehow superior to mine’. 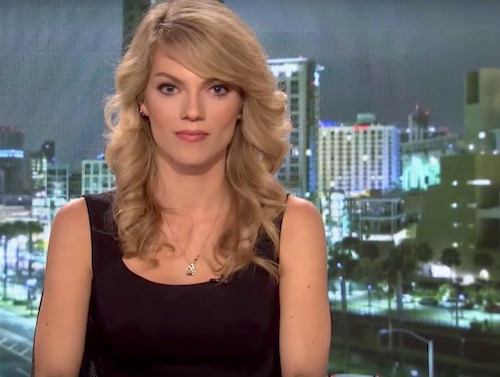 In the mid of 2018, she spurred controversy after standing up for Jeff Sessions' religious liberty task force. The overall situation was not interpreted in the right manner and that lead to a string of misunderstandings and unwanted statements.

It has also been found that Wheeler is not in the favor of abortion rights, as her arguments against this right are loaded with appealing emotions and strong language. She stated once that abortion is equal to killing a whole class of kindergarten and eradicating them on daily basis. 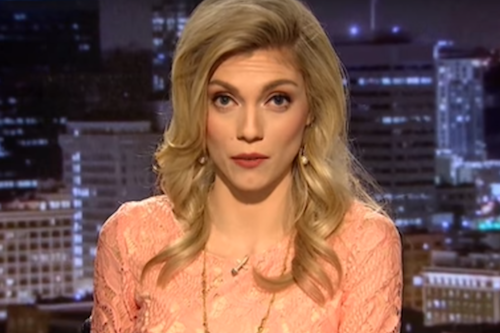 According to her Instagram account, it can be said that she married her boyfriend on the 12th of August, 2017. Not much is known about the name and background of her husband. It seems that she wants to keep her private life a bit low. But you can see her wedding pictures over her Instagram. There are no details available related to her having affairs in the past or any sort of relationship with any other guy except her husband of course

Now let’s have a look at the most interesting aspects of Liz Wheeler’s life that have helped her grow and become extremely successful. 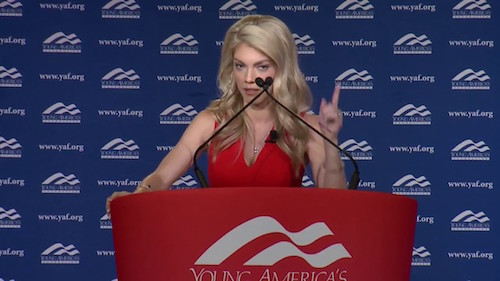 According to Wheeler, the general concept of feminism has been defined in a wrong manner and hence the struggle behind achieving its goals is also not justified.

2. She is Against Gun Control 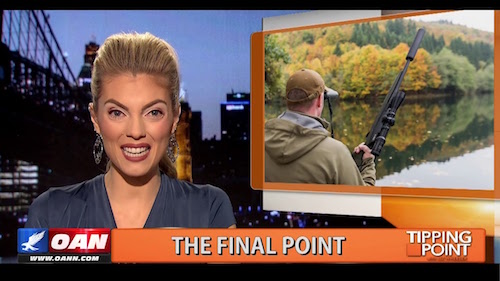 In spite of the recent shooting incidents, she completely goes against the gun control legislation. Her argument is that; school officials and teachers need to be trained and armed properly to avoid any sort of shooting incidents at the schools. To support her argument, Wheeler brings up different cases of government incompetence observed in this manner.

3. She Strongly Believes that Hillary Clinton is Wrong

Related to the Benghazi conspiracies that surfaced against the presidential candidate Hillary Clinton, Wheeler truly suspects her of certain misadventures.

4. She is a Supporter of Argumentum Ad Populum 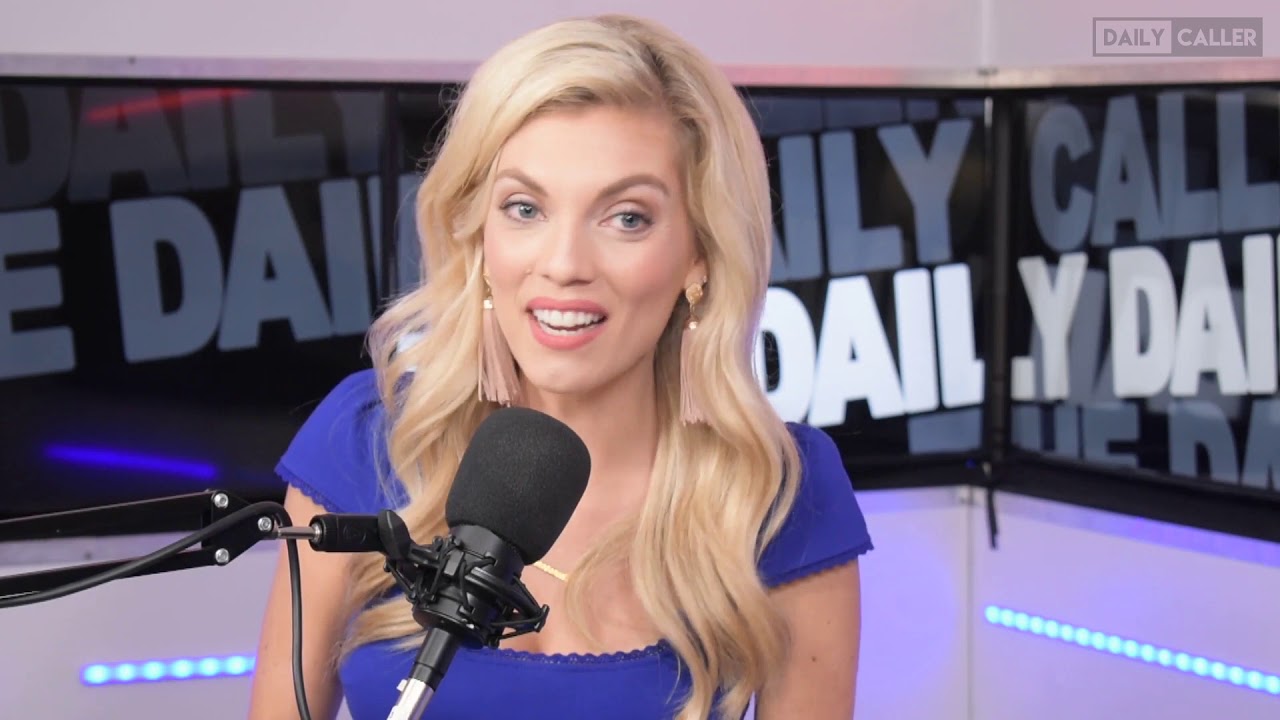 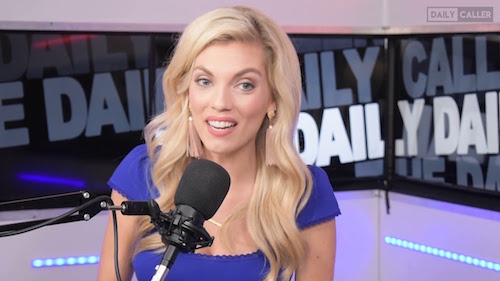 Over various platforms it has been observed that; Wheeler directs an emotional appeal to the emotions of people to get hold over an argument that lacks proper evidence. She is a keen harbinger of this idea that; if a huge number of people consider something to be true or false just because of its popularity then it must be very much like it. General logic is not considered in such instances, as the acceptance greatly revolves around the general appeal of the crowd.

5. She Makes Prompt Usage of Whataboutism 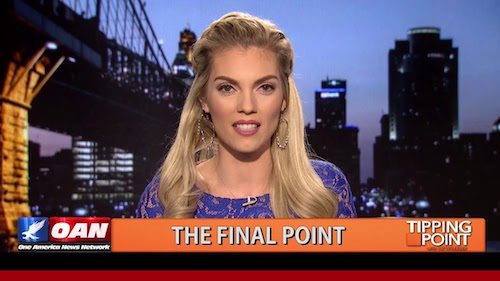 Whataboutery is a tactic used to shift focus from any important issue and then address it indirectly. She has used this method in supporting her arguments related to abortion. This technique is not an easy tool at all. For you need to choose the right words and examples from real cases to support your discussion. Wheeler always plays this tactic but in a professional manner.

6. She is in Favor of Strict Immigration Laws 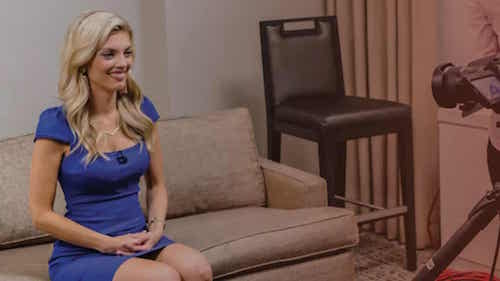 It has been observed over different platforms that she is not an advocate of gun control laws, but on the other side stresses on the implication of strict laws for immigrants. The reason being, most of the immigrants are not well aware of the civil laws that are exercised by the people of the United States. This ultimately results in various social issues that can trouble the permanent residents of America.

7. She is a Powerful and Rich Media Person 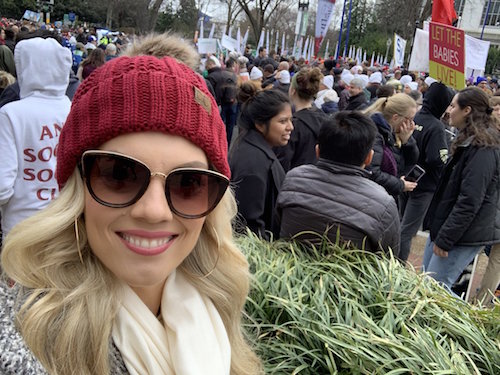 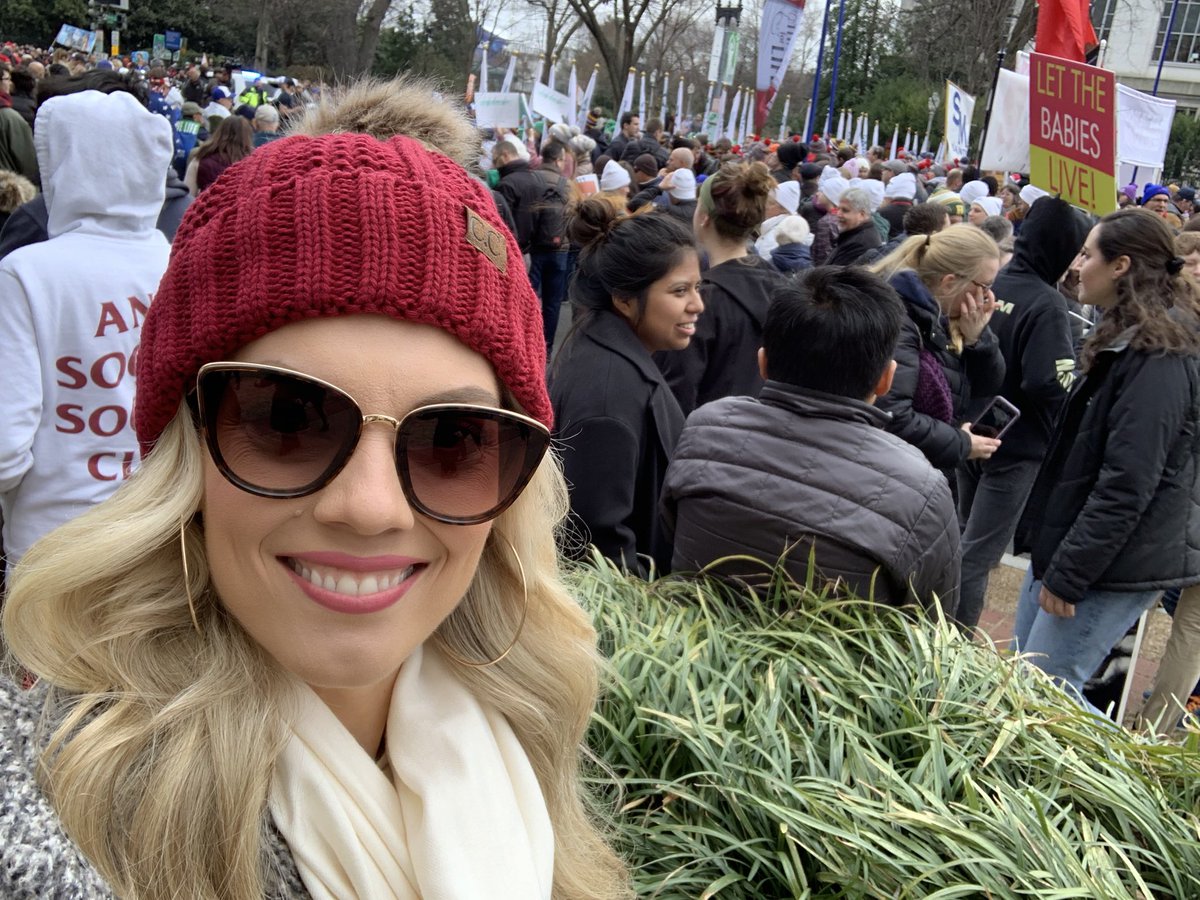 Wheeler’s professional career as a writer and a host has helped her accumulate a huge amount of wealth. According to different sources, her estimated fortune is around 12 million US dollars. But her official salary as an anchor of Tipping Point is not known.

8. She has Earned Much Respect 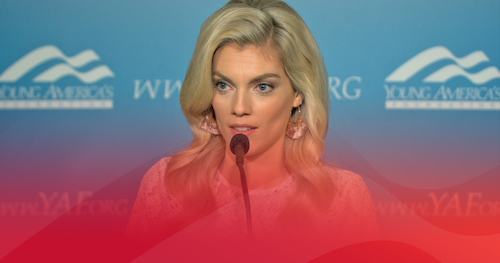 9. She is a Responsible Social Media Manager 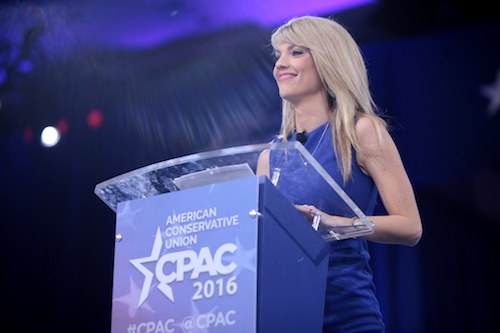 Liz is known for her swift communication moves and knows how to address her client's needs. She can effectively internalize communications and then execute them precisely promptly. After that, she manages a proper follow up to have a better understanding of the demands put forward by the client. 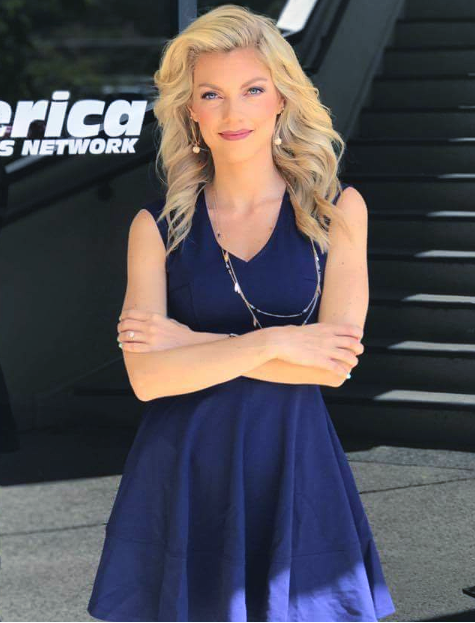 If you observe her attire over her talk show, it can be said that Liz knows how to choose her outfits. She keeps them classy and carries them well. Liz is often seen wearing bright or sharp colors, which reflect the bold side of her personality.

What is She Up to Recently 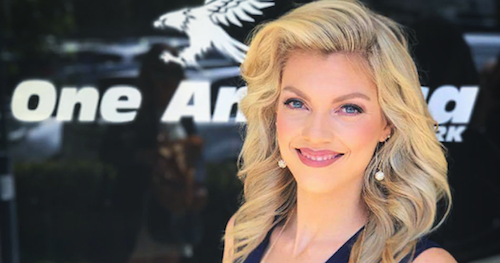 Currently, Liz Wheeler is all about standing firm and speaking about different values that have made America great. She is quite lucky to enjoy a prominent position through which her voice can be heard. It is her mission to expose the cheating, corruption, and lies projected by the left. Liz is making the utmost use of her talents and skills to bring freedom to the people of America. 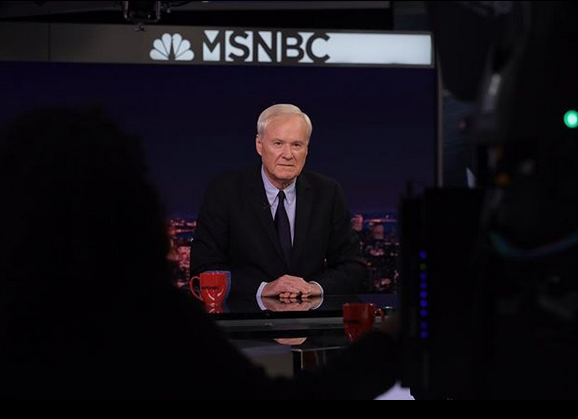 Chris Matthews is popular beyond the US and he is a political commentator as well as an author. Here are facts about him, including his net worth. 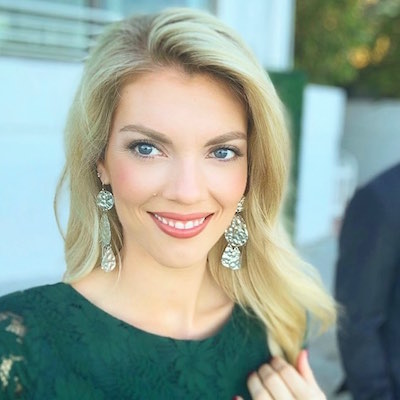 It can be clearly said here that Liz has worked hard in the past few years to reach this stature. It is not easy to earn respect and be able to maintain it. It takes a lot of commitment, dedication, and sacrifices to reach this point. In short, Wheeler is kicking well!

She is quite stable in her life, as she is living a happy married life with her husband and is financially secure. Though she has received considerable criticism from the left that doesn't make her go slow or fabricate facts. 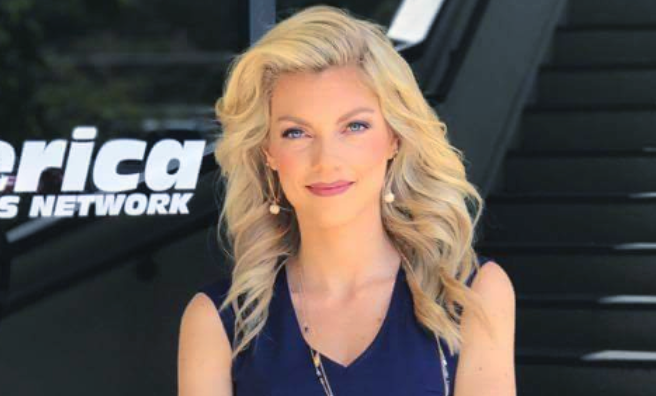 It is probably her main mission to expose the truth in the right manner and let people of America decide what is best for them. For the rightists, Liz serves as a role model. It is hoped that she will continue to author/coauthor books to educate the people of America.

Of all her achievements made in the past few years of journalism, Liz has developed a sharp mind and that has enabled her to pen her words and carry a debate logically. She hits hard the leftists with her expert argument and the coverage is appreciated generally. She is an asset to the One America News Network.