This goes to all the millions of fans of Stranger Things out there. When you think about the Netflix mega-hit series, who comes to your mind when asked who's the most popular character? We bet your choice goes directly to Millie Bobby Brown aka Eleven and you'd be on point. She's great as Eleven and so adorable it's impossible not to love her. However, there's another very special character that sometimes it's overlooked, even though he's awesome.

Did you guess who? Of course, we're talking about David Harbour's Chief Jim Hopper. David's character has worn many hats during the three seasons of Stranger Things. He started as a dodge cop in season 1, then he wore the father figure for Eleven hat, then the possible love interest for Joyce (Winona Ryder) to what you saw and couldn't believe in season 3.

The Hopper character has been able to play with your emotions that way he did thanks to David's amazing portrayal (he landed an Emmy nomination in 2018 for the Supporting Actor category for his portrayal of Jim Hopper). His fellow cast and crew gush about him a lot and the fans love him. 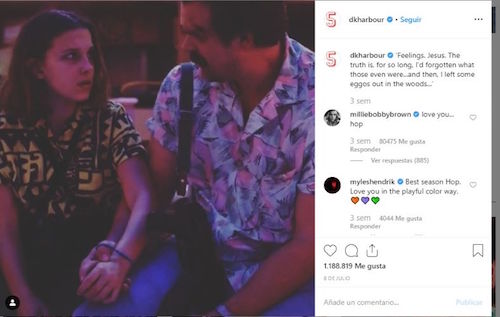 Are you a Chief Hopper fan? We bet you are, it's hard no to love him because, despite his nature, you can see he has a very good heart. There are some interesting facts about the actor who plays such a character. David Harbour has an impressive acting career that led him to Stranger Things and we're sure we're going to see a lot of him yet. Here are some facts you'll enjoy.

1. His character, Chief Hopper, was never meant to be liked so much 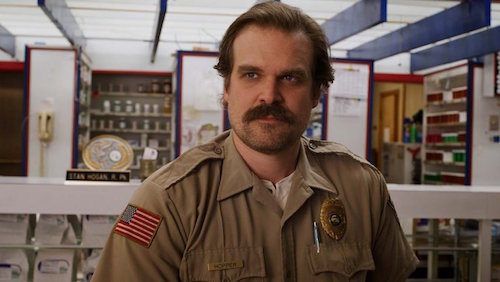 The creators of Stranger Things, The Duffer Brothers, wrote the character of Chief Jim Hopper not with the intention of being a likable character, that's not how they envisioned him as the story lined develope but they didn't count on the awesome portrayal of the actor who brought him to life, One of the co-creators, Matt Duffer said in an interview that David  "Is making the character really popular, far more interesting than we originally imagined," Don't you agree with this statement?

His fellow kid casts have also talked about how David's portrayal of The Hopper is unique. One of them is Gaten Matarazzo (the beloved Dustin), he loves David's performance because he thinks that it's so natural, that when he steps in front of the camera he becomes Hopper.

David has been able to give such a performance of Hopper because he understands his character so, while in the surface Chief Hopper is gruff and rough, he has a soft spot for the kids, he really cares about them. That combination of gruff and rough with the hints of a really big heart has been the reason why fans love Chief Hopper. 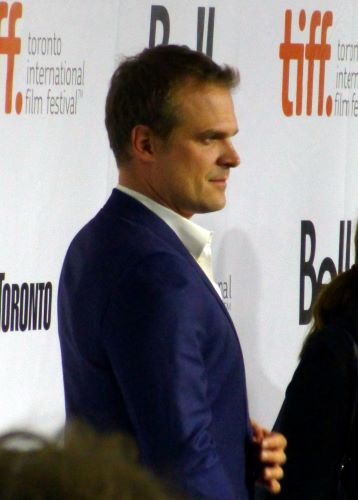 The popularity and star status of David is right now, thanks to Stranger Things but he has a very impressive acting career prior to his portrayal of Chief Hopper. He did everything, theater, TV, and movies. He has played all kinds of characters, some more memorable than others.

He began his acting career in 1999 (he was 29 years old by then) in Broadway (not bad). He played Noah Curry in a revival of the Rainmaker. David has a very popular stage career that includes Who's Afraid of Virginia Wolf (2005), for this role he got a Tony Award nomination for Best Featured Actor in a Play.

That same year (1999) he made his television debut in an episode of Law & Order where he played a waiter. He did an appearance again in Law & Order: Special Victims Unit, this time he portrayed a child murderer. From there had recurring roles in popular TV series like Pan Am, where he portrayed an MI6 agent named Roger Anderson. He appeared in 10 episodes HBO's political drama The Newsroom as Elliot Hirsh. For 13 episodes he portrayed David Patrick in NBC's espionage thriller, State of Affairs. He also appeared in other popular TV series like Elementary and Law & Order: Criminal Intent.

His film career includes roles in very well liked movies like Quantum of Solace (the 22nd James Bond movie), where he played CIA agent Gregg Beam. He also appeared in Revolutionary Road (With Kate and Leo) as Shed Campbell. In The Equalizer opposite the great Denzel Washington, David played his own stunt and got kicked in the face by Washington.

3. David's kind of weird (in a good way) and he's terrified of the ocean 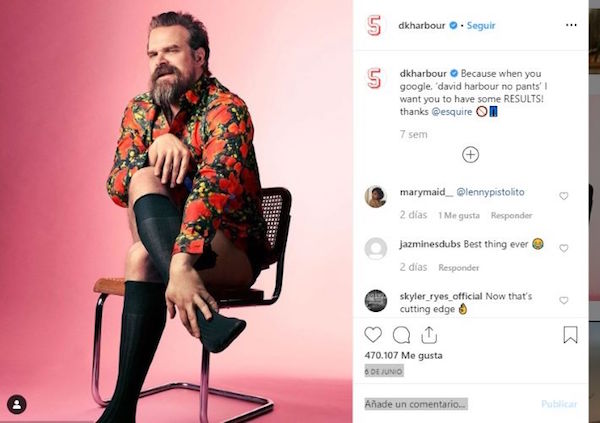 In a Women's Health interview, David was asked about his deepest fears, and he answered that he's terrified of the ocean. We're sure he's not the only one. He explained his fear by saying that he thinks the ocean is a beautiful and magical place but he never goes in because behind all that dark and deep water you never know what could happen. That's the core of the fear, David's terrified of the unknown... except that he's also driven by it. He's on board with this idea, that what terrifies us is also what draws us in.

He embraces the weirdness. He doesn't think that the people that surround him (parents, grandparents aunts, friends) are normal because each has its own weirdness, its own uniqueness, and when they love themselves in spite of any weirdness or brokenness that's when their voice become creative and special. For him, that a motivation force.

4. He thought that Stranger Things was going to be a failure 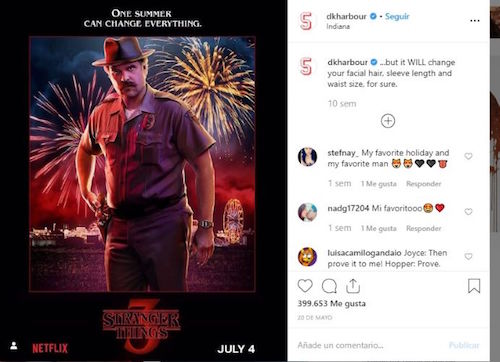 Since the debut of Stranger Things, the show has accumulated a list of accolades for its thrilling story and for the awesome performance of the actors portraying the characters. It's become a fan favorite and it has had Primetime Emy nominations and Golden Globes nominations too. But when things got started, David (one of the show's biggest stars by the way) didn't have much faith in the success of the show.

David admitted in an interview that, when they were filming the fourth episode of season one, he thought that no one was going to watch the show because he didn't think he was good or that the show was. (Boy was he wrong!) He had very low expectations about the show, (he had grown very cynical thanks to his long lines of failures), so when the time came for the show to come out, he admitted that he was scared.

The zero publicity a week before the show's debut didn't help either, he thought they were burying the show and his shot but things turn out completely different for David and the whole cast of Stranger Things because since season one the show has been a mega-hit.

5. He can't get away from the monsters 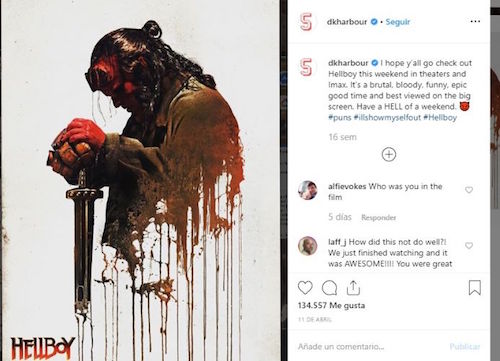 David has had a two-decade career where he got to play bad cops and serial killers and CIA agents, but it seems he can't get away from the monsters. Proof of that is his lead role in the Neal-Marshall movie, Hellboy. Here, David embraces the monster inside him. David says that Hellboy is a "classically complicated hero". There are a lot of contradictions about him, he has originally brought about to end the world, but he justs wants to be a good guy.

That's what David finds compelling about Hellboy, he thinks he's got a complexity about him. He lives among humans, fighting for them against his fellow monsters and at the same time, he's not accepted among humans because they're afraid of him and find him weird looking. So, why is he fighting for them? Just for some sense of justice or some sense of good? That's the same outlook Chief Hopper has, and that is what writer, director, and producer of Hellboy saw and wanted for the movie.

David cant' get away from monsters because he has lived with monsters all his life. He has made a study of them, they appeal to him, he's terrified of them and his way of coping with it and with the monsters inside him is to study them so he can give awesome portrayals of those monsters. 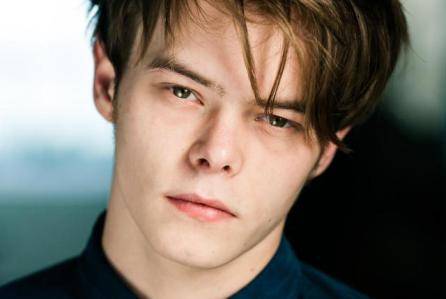 Take a look into the life of the young actor Charlie Heaton, including his net worth, recent news, and roles in movies and television.

David Harbour has had an acting career with some hits and some misses too. The "strangest thing" that has happened to him in his 44 years is reaching stardom so late in life. Thanks to his portrayal of Chief Jim Hopper fame and fortune finally came his way. For the fans and people who know him, there's no one else more worthy of all this attention because he has worked all his life to be here and his work on stage, on TV and in the movies definitely back the accolades his receiving now.

He's continuing as Chief Hopper is now a mystery but we don't think he's done yet. In the meantime, he's going to be part of the Marvel Universe in the upcoming Blackwidow movie. So, we think there are some very good things after Stranger Things for David. What do you think?