What is a Male Personality Type?

At a young age, no one really thinks about their own character or personality. During teens, figuring out what ‘type’ you are just doesn’t matter to you. Other things may be much more important to you than pondering over such details. A boy would naturally just want all the girls to be crazy about him, or to gain social media popularity.  To him, knowledge of being an alpha male or a beta male doesn’t matter. But obviously, every person possesses a certain personality type, whether or not he realizes it.

But what exactly is the difference between each personality type? What goes on differently in each of their minds and characters? Does the level of success they achieve get impacted by their type? These are questions that make the knowledge of personality types really important, as it could be the deciding factor for your achievements and happiness in life. In this article, we’ve discussed the characteristics, tendencies, and features of each separate male personality type. This hopefully enables you to understand where exactly you fall in the spectrum. So, keep reading! 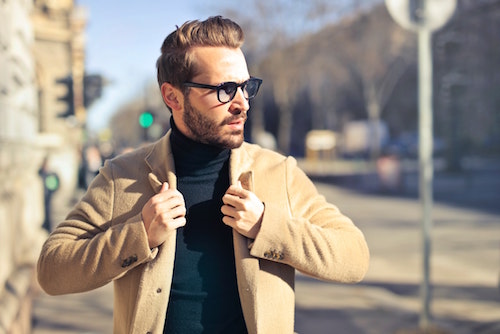 He’s the ‘bad boy’, at least that’s the alias commonly used to describe them. They’re usually guys who inspire manliness in the guys around them too. They’re macho and radiates confidence with a sprinkle of aggression. They’re outgoing, and not afraid to put their demands forward – they also tend to be sexist at times. Not that he always objectifies women, but perceives that he can get whoever he wants. That being said, he’s naturally more drawn to females that are relatively submissive, possessing lesser or no alpha qualities. His ego skyrockets whenever he gets proven wrong, which makes him tough to work with. But he works on his personality religiously, which makes up for his ego issues sometimes. 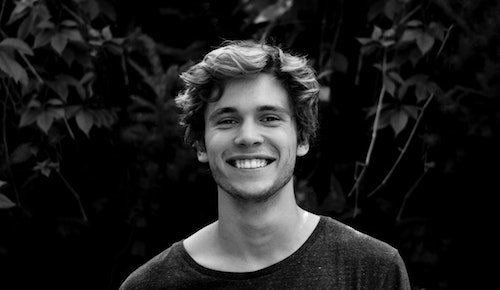 A beta male is your average ‘nice guy’, who’s moderate in his approach to life. His nice and kind personality gets him by as a pretty likable dude. Some people may sometimes take undue advantage of this, but he’s generally a loved person because of his qualities.

Compared to an alpha male, they’re definitely much calmer and hardly ever show signs of aggression. They’re more sensitive too and don’t ever let their ego get out of hand. Their quality of being grounded allows them to take criticism positively, showing better collaborative tendencies.

While all this sounds like an amazing description of a man, that’s not entirely the case every time. Some factors of his personality get in the way of his stellar performance as a guy. These include his introverted nature and reserved behavior. For example, a high-school bully shows more alpha-like qualities, while the victim shows more beta features. A beta male is a quiet guy at school, at times a bit nerdy too. They grow up as emotional, light-hearted dudes. They’re a bit idealistic, aiming for perfection in the image of himself that he portrays. 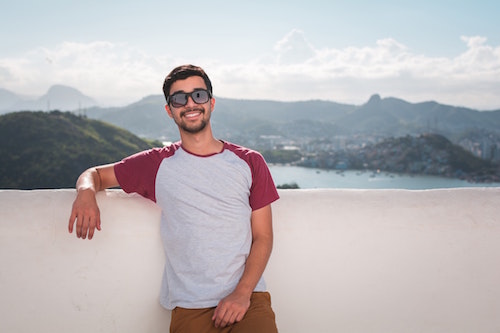 For choosing a life partner, women would usually go for a beta male over an alpha. This is because the guys who go around breaking hearts have dominant alpha qualities. For a long-term bond, she’s much more likely to choose a nicer guy who she trusts to never break her heart. However, at earlier ages, beta males are much likely to get friend-zoned too because of their niceness.

Delta males are suffering in the tests of life. They aren’t faring well, even though they’ve been alphas or even gamma males in the past. Subsequently, a tragic event struck them hard, shaking them to their core; triggering them to quietly submit to their fate. 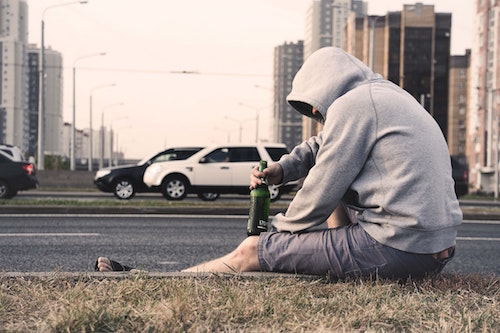 As deltas, these men have embraced extreme privacy, being aloof in life. They’ve developed an attitude of ‘I don’t give a s**t anymore” and possess feelings of resentment for something or someone. Due to these reasons, people don’t necessarily enjoy being around them. In simpler words, they’re not fun at parties. 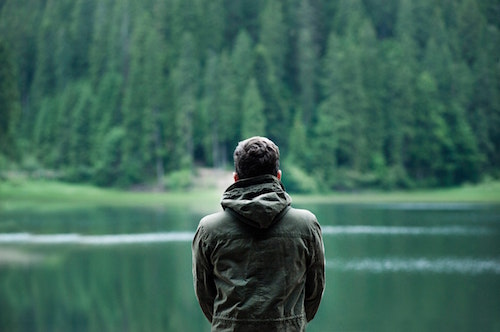 Omega males generally have super nerdy habits and tendencies. Generally, Ben Stiller's characters (e.g. Derek Zoolander) would show you a pretty precise portrayal of a typical omega male. His nerdy qualities could cause him to be an enthusiastic collector of comic books, coins, games, or even cards. He’s super laid back, just wants to ‘get by’, and behaves like he doesn’t have a single f**k to give.  His immaturity and lack of responsibility are obvious, consequently resulting in a serious lack of ambition.

He just lives in the present, without a care in the world. He gets picked on or bullied pretty commonly in his school or college due to his immature actions. Omega males are seen to be incredibly intelligent beings, but they never really make a worthy use of it with their acts. Again, their lack of ambition plays a role here as well; they’ve got nowhere to channel their intelligence. Give them a math problem while they eat pizza, they’ll solve it – but that’s about it.  Omega males usually make for super lazy spouses, with their bellies drooping out as they walk around in sweat pants. They’ll often rely on their wife’s money for their expenses, and can’t be bothered with doing any domestic chores. 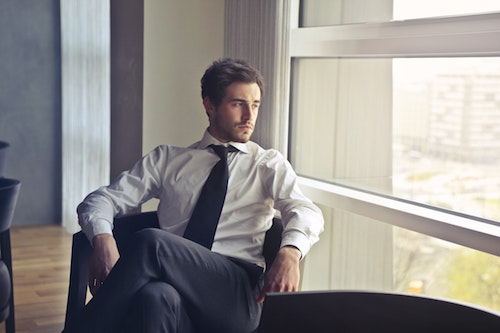 You ever heard of the phrase “it doesn’t matter how you do it – just do it”? Well, sigma males believe in just that. They’ll surely beat the game, but without any respect for the rules or the way you’re supposed to do it. He has a naturally mysterious, and silent nature that makes women go bonkers over them. A sigma male takes his time in calculating his moves, intentions, thoughts and even his speech. This means that you’ll often find them quiet, but not at all because they’re shy or anything. He’s not too reserved like a beta male, and always knows when he needs to take a stand for himself.

A man of such a nature oozes self-confidence. He’s typically a strong guy and has amazing negotiation and people skills. His natural charisma and positive attitude allow him to be able to seduce any girl he wants. He’s got amazing management skills and isn’t afraid to walk the extra mile to hit his targets. His confidence means the world to him, and he’d rather commit a mistake than ask others for advice or help. 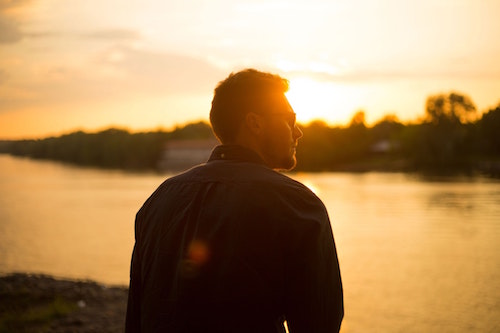 Sigma males aren’t born that way though, it’s important to realize that they shape themselves this way. They’ve chiseled their habits in a way that function in the best possible manner for his goals, aspirations, and self-perspective. As a girl, you should consider having a relationship with him because the experience is bound to be amazing. He seeks perfection in everything that’s attributed to him, and he won’t accept you as his significant other unless he sees that in you. He just doesn’t ‘settle’ for a partner just out of fear of ending up alone.

For a sigma personality type, it’s always better to stay alone than being in a worthless company. He’ll contently remain single until he finds a girl that’s able to rock his world! A most important aspect of these guys is that they’ll never shy away from taking a risk to achieve something that’s worth having. He doesn’t settle for things; he works until he’s right there where he aims to be. 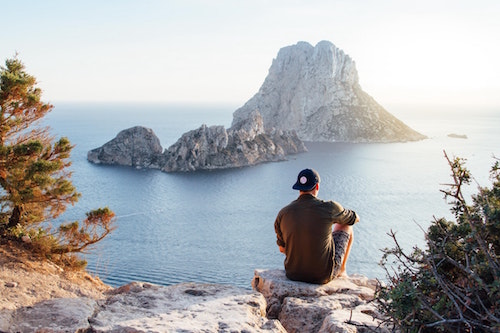 A zeta male is also a lone-wolf, walking his path without looking right or left. He understands the social rules imposed around him but doesn’t care one bit for them. The social construct created around them may be important for others, but he sees through it. He believes it all to serve only one purpose, which is to control and segregate the masses.

A zeta male chooses to be a celibate intentionally; meaning he abstains from sexual relations or marriage. He doesn’t see any benefit to be achieved by playing a woman’s typical mind games. These men are usually grown enough to take control of their own biological needs. Bad relationships have helped them break free entirely. Success is a common factor in most of their lives because going solo allows them to channel their finances and energy into meaningful directions. He values self-improvement over anything. 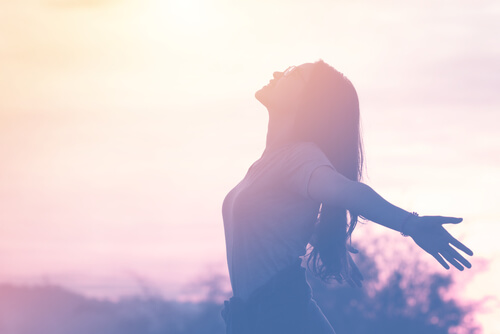 Are you introverted, demure, shy, laid-back and perfectly content with doing your own thing in the background? Then you may be a beta female! 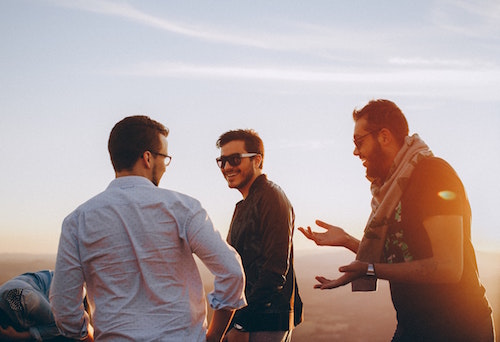 Initially, this alphabetical system of classification of people was invented by the Greeks. It allowed them to comfortably place men and women under particular types, allowing them to attract their partners accordingly. For example, we’ve mentioned that alpha males suit beta females best! It was all well thought out and precisely calculated, measured carefully to help people find compatible life partners. But in order to begin that process, it requires you to first identify your own personality type correctly. Hopefully, the knowledge you’ve gained through this article is enough for you to draft yourself in one of these types. All the best!