Before the Hemsworths, Maggie and Jake Gyllenhaal were without a doubt the most well-known sibling duo in Hollywood. Their father is Stephen Gyllenhaal, an Emmy-nominated filmmaker who has directed everyone from Billy Bob Thornton to Halle Berry. Just as impressive is Maggie's screenwriter/producer mother Naomi, whose 1988 film Running On Empty was nominated for an Academy Award. After 32 years of marriage, Stephen and Naomi divorced back in 2008 but remain close with Jake and Maggie. Stephen is currently married to short film director Kathleen Man.

We were bohemian, I guess, but we were also a pretty regular family. My friends were all really political so there was some interesting stuff around. On the whole, though, it was pretty uneventful and kind of normal.

Maggie Gyllenhaal's cute supportive message for her brother for the popular HBO show: The Deuce

Maggie Gyllenhaal—born in 1977 in New York City—has never been one to keep quiet about her political views. She drives an electric car, shops organic, supports Planned Parenthood and is especially adamant in her criticisms of Donald Trump. Gyllenhaal says she felt both "mobilized" and "angry" after his inauguration on Jan. 20, 2017. Unsurprisingly, Gyllenhaal was one of many notable people to attend the famed Women's March in Washington D.C., an event centered around protesting the president's policies and attitude.

Yo, that's me #WomensMarchOnWashington pic.twitter.com/CZW1GTAL0W

To my five-year-old, we talk about Trump as a bully, who doesn't know much about being president and who isn't curious. And we talk about how people (even children) have a lot of power when they join together, even against someone who seems terrifying. To my ten-year-old, I'm pretty candid. We talk about bigotry and sexism. We talk about what you do when people make laws you think are unjust and elect leaders you think are corrupt. Do you follow them anyway? Or does it give you an opportunity to grow your mind? To consider what you truly believe in. And what will you risk to protect it? (Which is also something I talk about with my friends.)

Misogyny seems to be the topic Gyllenhaal's most passionate about not only because it's something she's personally struggled with, but because she's seen so many others struggle with it in the past and present.

What an amazing time to actually finally have to say to ourselves 'Wait, wait, we're not where we thought we were.' I think before he was elected, sexist things would happen all the time in my life and I'd kind of go 'You know what? I'm fine. I don't need to unpack that, I don't need to to take that apart. I'm lucky, I'm doing fine, I'm just going to take that,' and after he was elected I went, 'I'm not going to take it anymore.'

Maggie has also said that she wishes the gun laws in America were more similar to the laws in the UK, where machine guns and semi-automatic weapons are prohibited.

3. Her Little Brother Always Looked Up To Her, But They Didn't Always Get Along

In recent years, Maggie and Jake Gyllenhaal have had an extremely touching bond and Jake, who has starred in a major way recently in South Paw and The Deuce, has even cited Maggie as the reason he began acting. While they've always loved and supported each other, they dealt with the same trials and tribulations of any head-butting, hot-tempered siblings. In an interview with People Magazine, the younger Gyllenhaal said that he didn't leave her shadow until many years after childhood. "I did everything wrong according to her," he said, adding that in a home production of Cats she cast herself as the star and made him play the "lone, poor cat sitting in the corner." Flash forward to adulthood and the rivalry has subsided. They both have their own careers and have even been known to attend premieres as each other's dates. 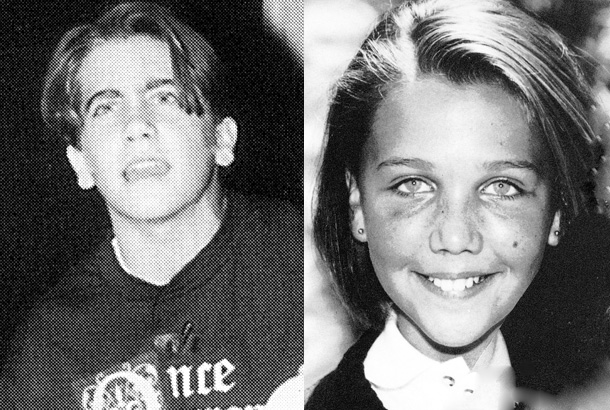 Jake was a demon child. No really he was, and then I got naughty later. Thank God that there wasn't the internet then. No, my brother was like, really troublesome when he was little.

4. Maggie Debuted In Her First Film At 15

Maggie Gyllenhaal was still in high school when she made her feature film debut. The movie was Waterland, directed by her father and based on a 1983 novel by British author Graham Swift. She acted alongside several substantial names in the industry in the 1992 mystery, including Jeremy Irons, Ethan Hawke and John Heard. Waterland was also the film debut of Game of Thrones actress Lena Headey, who was 17. The second and third movies Gyllenhaal acted in were also directed by her father. It wasn't until 2000's The Photographer, a year before Donnie Darko, that she starred in a film that wasn't helmed by a blood relative. Since then, she has amassed a net worth of $15 million (estimated). 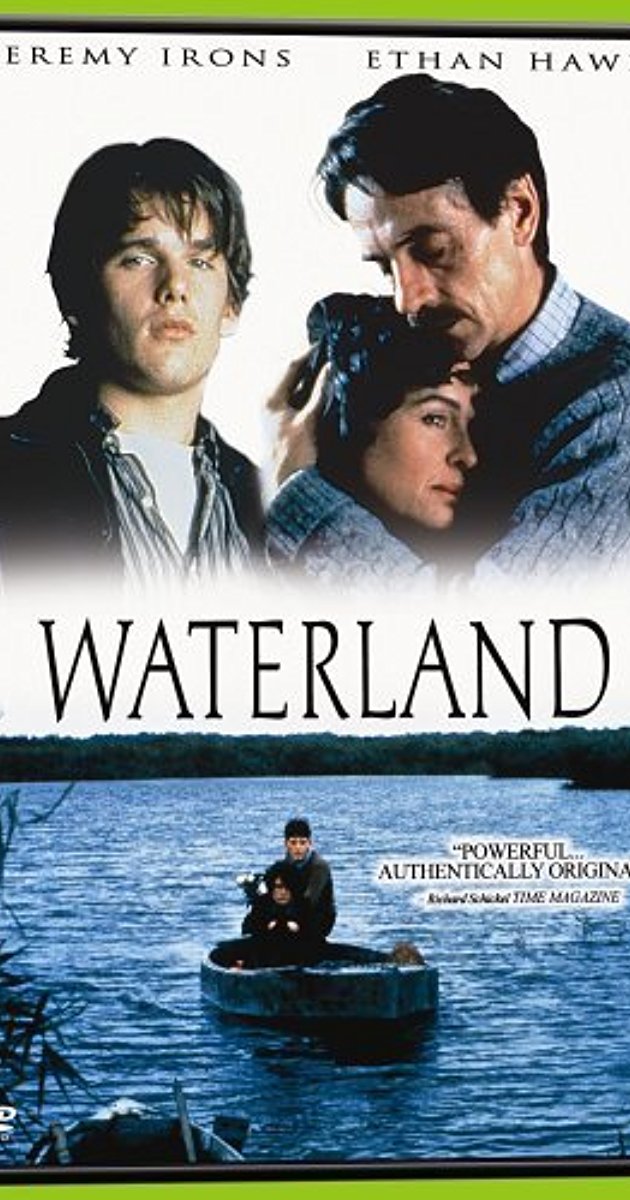 I want roles that challenge people to question where they are in life.

5. Maggie Gyllenhaal Has Been Compared To The Late Great Carrie Fisher

While Maggie has been compared to Elizabeth Olsen, Vera Farmiga, Nancy Allen, Anna Grycewicz and Katie Holmes in the looks department, one of the highest compliments she's received is that she could pass for a young Carrie Fisher, aka Princess Leia herself. And it's not just her appearance that reminds us of Fisher, it's the perfect combination of fire and subtlety she pulls off in movies and in real life.

6. She Had No Idea Her Legal First Name Was 'Margalit' Until She Was In Her 30s

It wasn't until after she married Peter Sarsgaard in 2009 that she realized her legal name wasn't Maggie or Margaret but "Margalit" Ruth Gyllenhaal. She discovered the bizarre detail while searching for her birth certificate. When asked about it, even her mother didn't recognize the name.

I actually really love that, but [to me] it's not my name. Maggie‘s on everything! Maggie‘s on my driver’s license, my passport, everything.

My mom is forgiven because I don't know if you've had kids [but you can't be trusted] for a couple weeks afterwards. But my dad maybe should have known.

While it's never been confirmed by Maggie or husband Peter Sarsgaard, it might be safe to assume that their daughters are named after Ramona Quimby from the Beverly Clearly books and women's rights attorney Gloria Allred. With a birthday in 2006, 10-year-old Ramona Sarsgaard is the oldest. Her sister Gloria Ray, was born six years later, in 2012. Their uncle Jake recently referred to his nieces as "extraordinary." 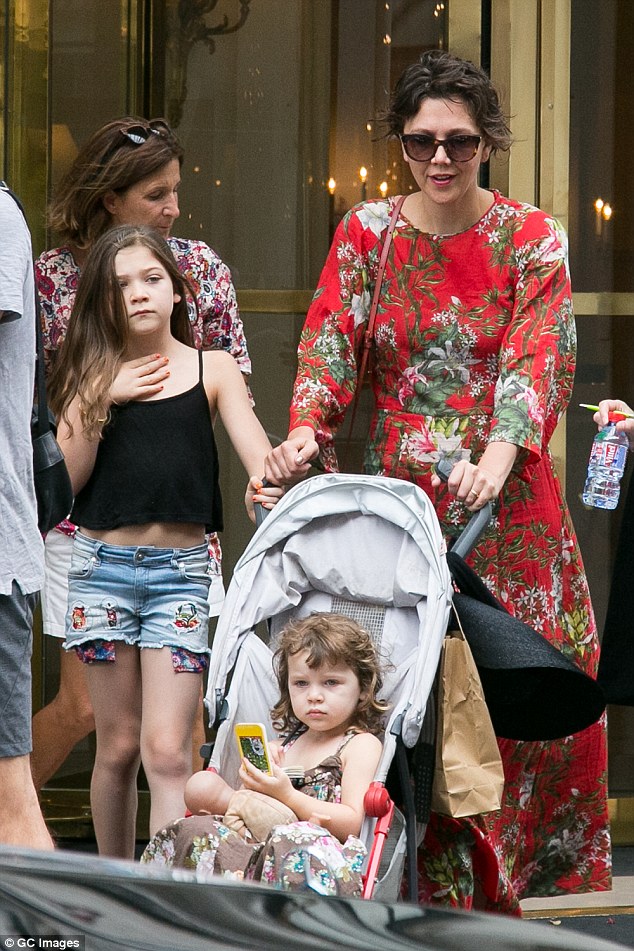 They are so well behaved and they are so thoughtful and they are so observant of the world around them and I’m so proud of not only them but my sister as a mother. When they come to me I get two great girls [but], you know, at the end of the day there are times where it’s not bad to hand them back.

Maggie Gyllenhaal doesn't just act in movies. Along with being a style icon, model and activist, she's also been in several plays. Her latest Broadway production is Damn Yankees co-starring Whoopi Goldberg (as the devil) and James Earl Jones. Some of Gyllenhaal's other theater roles include Annie in The Real Thing (2014), Masha in Three Sisters (2011) and Yelena in Uncle Vanya (2009). Maggie used her flare for the dramatic by narrating audiobooks for unabridged versions of both The Bell Jar by Sylvia Plath and Anna Karenina by Leo Tolstoy. Her sessions for Anna Karenina, a 1,000+ page novel, took approximately 120 hours to record.

I thought, ‘This will be amazing. I’ll just sit in a room and re-read Anna Karenina out loud.' I just loved the book so much I thought, ‘Yes, let’s try and do it.' A sentence will begin in one place and end really somewhere else. I couldn’t cold read it. It just wasn’t possible.

#Repost @vmagazine (@get_repost) ・・・ As a producer and star of #TheDeuce, @mgyllenhaal brings her heart and soul to the new series. In V108, we talk to the actress about her role as Candy, researching for her role, and more. Read the interview on VMagazine.com. Photographed by @robins_robin and styled by @styledbybrittberger. Dress and gloves @gucci. Hair by @benoitmoeyaert and makeup by @deannamelluso.

I learned different things about myself at 37 doing it than I learned when I was 25, which is also the mark of an amazing book.

While the Gyllenhaals are close, they've maintained that they don't have a strong desire to work together again. Director Richard Kelly has said that it wasn't easy to get Maggie to do Donnie Darko because she wasn't sure if she was truly "the best actress for the role." Jake Gyllenhaal insists that he'd rather spend time with her and her daughters as a brother and uncle than a co-worker.

It would take something that I love so much that I would need her to be a part of, and vice versa.

Maggie Gyllenhaal Is A One Woman-Army: Is There Anything She Can't Do?

Maggie Gyllenhaal has always been selective with roles, so while she doesn't have a lot of projects in the works (yet), we look forward to seeing what she'll bring to the table in the future. She's already astonished us with her captivating performances in films like Secretary, Stranger Than Fiction and Crazy Heart. Go Gyllenhaals!